The competition remains tight as the trade winds bring relief and average knot speed of 11 for the majority of the teams. The lulls the fleet have been experiencing have become a distant memory, giving the crews a wealth of opportunity to hone their skills, not only in managing the sails but getting used to life at an angle.

Skipper of Unicef, Ian Wiggin reports: “And we're off! Finally, just after dark yesterday evening, the wind finally filled in. Those elusive trade winds, which we had been waiting for for more than two days, eventually reached us. With 20 knots of wind on the beam, and the sea covered in white caps, we are at last sailing at over 10 knots straight towards the top of the Philippines. The sun is shining, and the sky is full of light fluffy clouds. Perfect sailing conditions.” 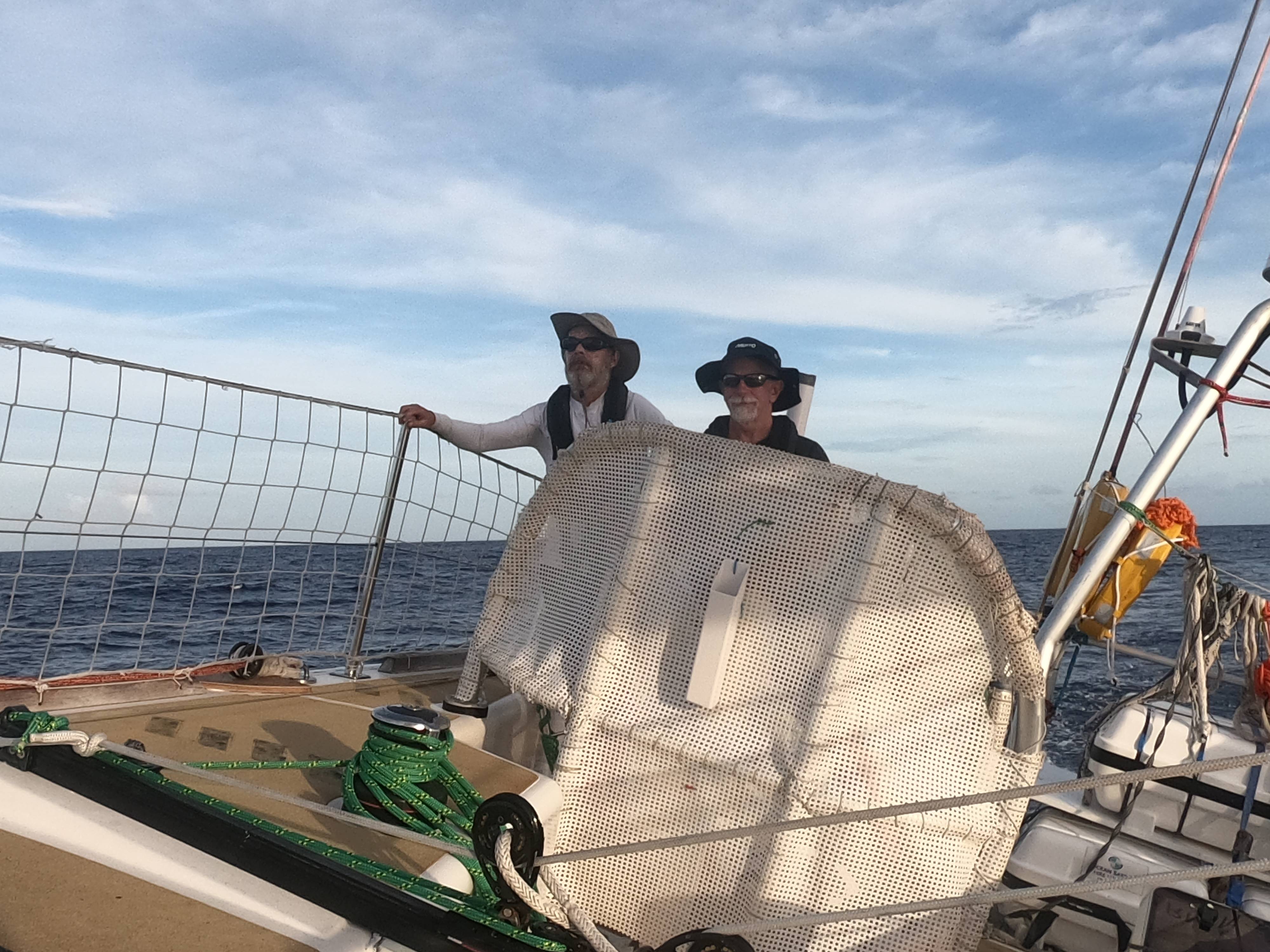 On board GoToBermuda, Skipper David ‘Wavy’ Immelman gives a sigh of relief, saying: “Well, my pleas for the wind to move south were ignored, so we just sailed north. That means we are finally in the wind and heading north at a reasonable speed. The boat is going nicely and although heavily healed over we are heading to our new destination at about 8 knots.”

The stronger winds bring thrilling conditions as the fleet make strides towards Subic Bay with Ha Long Bay, Viet Nam at the front with an approximate 43 nautical mile lead.

Currently in sixth place, WTC Logistics’ Skipper, Rich Gould comments: “Finally in the trades, we have proper wind for the first time this leg. This changes so many things on board, Black Betty is a lot more excitable now, heeling over, and rolling with the swell as she bounces from wave to wave, so just existing on board is more of a challenge.” 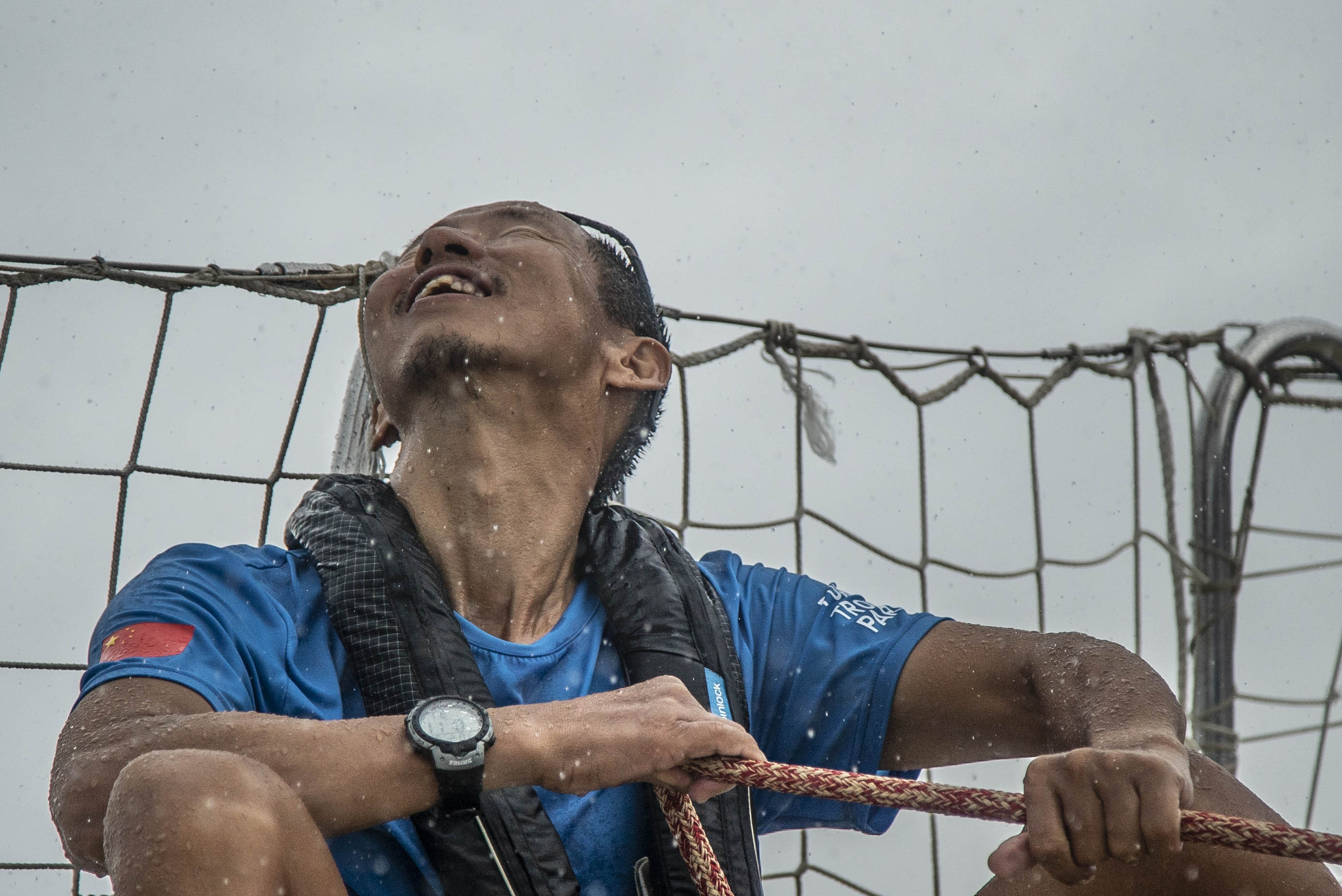 The faster pace of the race offers plenty of chances for learning, particularly for crew who joined in the Whitsundays. The conditions allow the more experienced circumnavigators to use their approximately 20,000 nautical miles’ to coach others whilst showcasing ocean-racing confidence.

Skipper of Imagine your Korea, Rob Graham commented: “The guys are learning fast how to trim and drive the Spinnaker, supported by each other. It is nice to see our experienced round the worlders coaching and encouraging the new guys, who after two weeks on the boat just getting to play with some fun conditions. Really brilliant to watch and listen to.”

Leading Skipper, Josh Stickland of Ha Long Bay, Viet Nam comments: “For us on board, it's mostly about getting everyone comfortable around the Kite with this new phenomenon called 'wind'. In light wind sailing, you can make a mistake and no-one bats an eye lid for it’s easy to correct, but when the wind picks up it becomes very apparent and very quickly can escalate into the worst of days.”

Keep an eye on the Race Viewer as tactics and sail changes come into play with stronger winds. Can the right or wrong decisions shake up the leaderboard?

With the entire fleet back in the Northern Hemisphere, the hunt for the steady northeasterly trade winds is on. Ha Long Bay, Viet Nam leads the fleet for seventh consecutive day carving out 81nm lead over Visit Sanya, China, which currently holds on to second,…

The eleven-strong fleet have completed their final equator crossing at a latitude of 00º 00' 0000”, returning to the Northern…