Following the spectacle and ceremony of the fleet’s departure from the Subic Bay Yacht Club in the Philippines, Race 7: The Lakewood Hills, Zhuhai Race is underway!

Clipper Race Director, Mark Light, who oversaw Race Start said: “This race looks to be very tactical and we look forward to a high octane race, with lots of intensity, energy and extremely varied conditions.”

Due to the ongoing coronavirus (Covid-19) outbreak in China and subsequent quarantine imposed on travel from the country, the Clipper 2019-20 Race route had to be amended. Race 7 and 8, the two remaining races of Leg 5: The Asia-Pacific Leg, have been combined to form one longer race of 8-10 days. 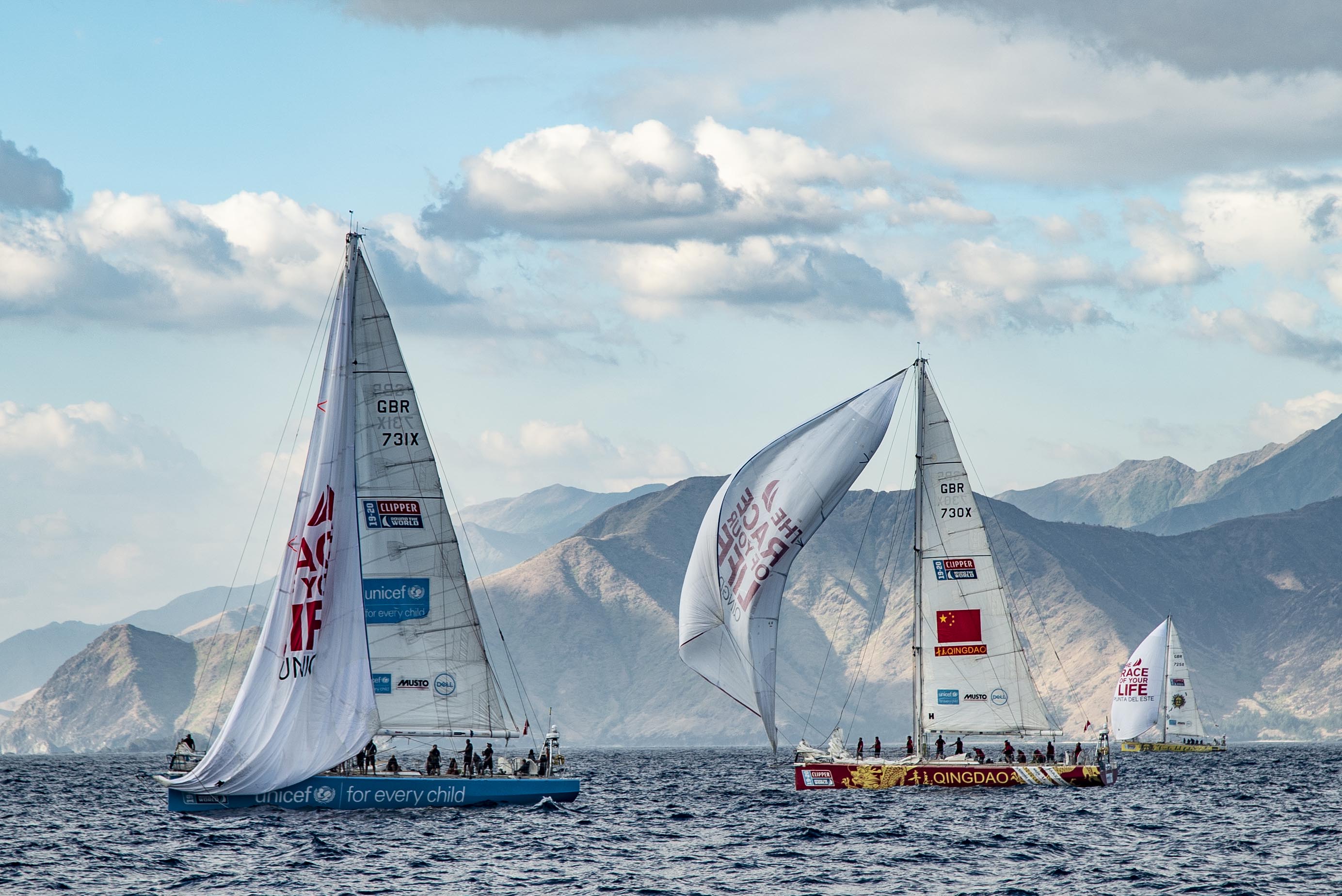 The new route for Race 7 will see the fleet head north from the Philippines, across the Luzon Strait and around the western most cluster of the Japanese Ryukyu Islands. The teams will then race downwind, east of Taiwan, and battle against the notorious Japan (Kuroshio) Current, which flows north and east of Taiwan, before heading back to Subic Bay.

It will be interesting to learn about the tactical decisions such as, which Dell Latitude Rugged Ocean Sprint will be chosen by the teams and how having two Scoring Gates to choose from will impact on the leaderboard. Watch this space!

The fleet sailed away from Subic Bay, racing downward wind surrounded by the ridge lines of the mountains enclosing the bay as a dramatic backdrop. The teams sailed out past the headlands, up the west coast of Luzon and will now navigate towards The Nancei Islands which are east of Taiwan. 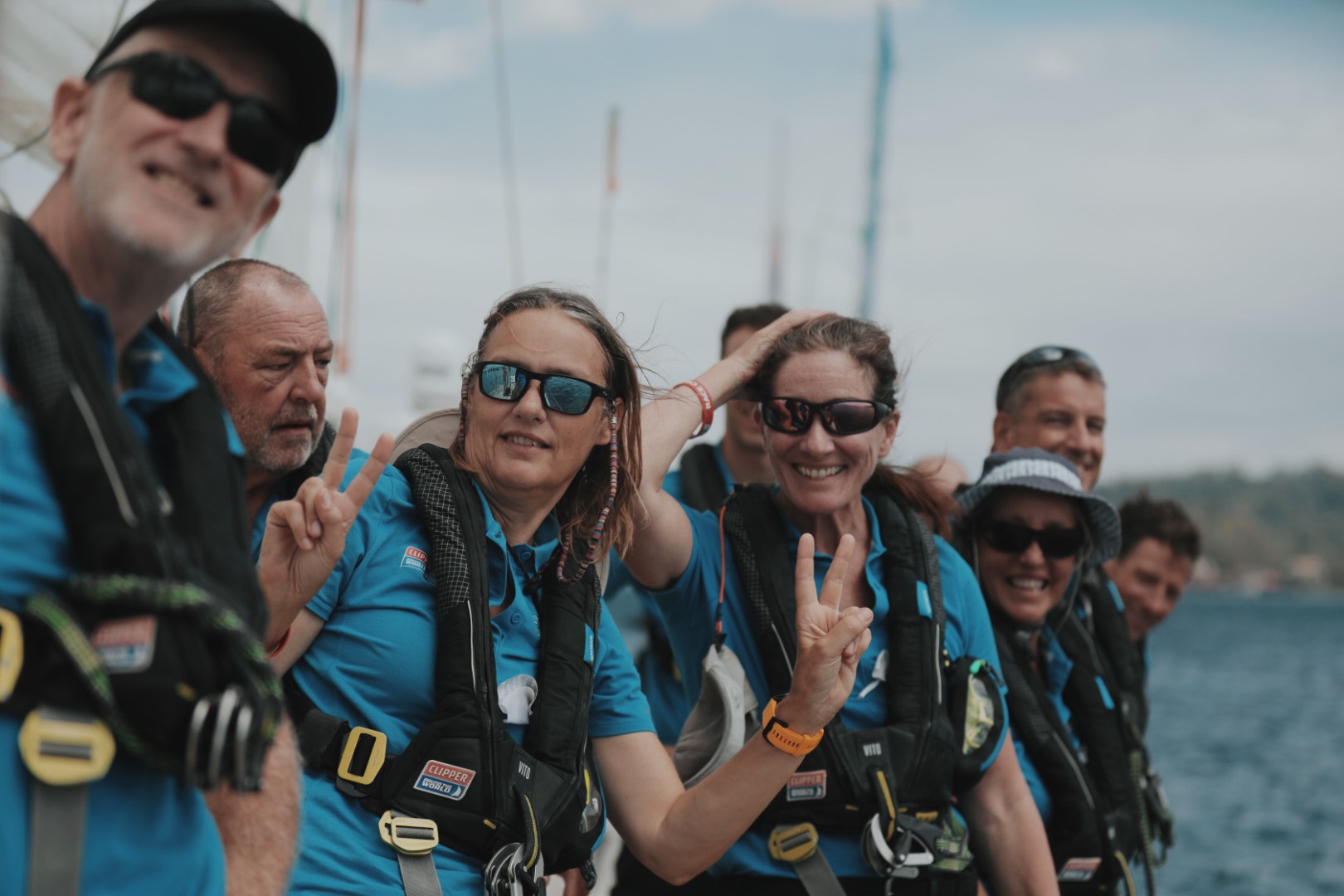 At this early stage Qingdao, Punta del Este and Zhuhai lead the fleet.

Skipper of Punta del Este Jeronimo Santos Gonzalez says:“Race 7 has started with a bang with really challenging light wind conditions where every boat was overtaking each other. The idea was to find pockets of wind and gain those extra miles where the rest would be moving very slowly. Progress has been better than expected and with strong winds at the Luzon strait. This race is promising and so for it's not disappointing.”

Commenting on the race conditions, Dare To Lead’s Skipper Guy Waites says:“No sooner have we commenced Race 7, than we have been given a stark reminder of the highs and lows of light wind sailing and all the pain and frustration that wind holes have to offer! Within the first 24 hours we've held and lost every position in the race, along with everyone else.”

Follow your teams via the Race Viewer to ensure you don’t miss out on all the latest developments and changes in overall race standings.

Race 7: The Lakewood Hills, Zhuhai Race is underway. The eleven strong fleet of 70ft racing yachts lined up in the sunshine to slip lines, leaving the Subic Bay Yacht Club behind on Sunday 23 February at 0400 UTC (1200 LT).The race will cover a…

Subic Bay has given the hard working Race Crew an opportunity to relax, take time away from their 70ft homes…