“The last few days have been some of the closest and most interesting fleet racing since leaving London.” Says Unicef Skipper Ian Wiggin. The second day of Race 7: The Lakewood Hills, Zhuhai race was another intense day on the water for the eleven teams. The inshore or offshore choice had to be made and as the fleet converges to pass Mark Massey, and clear the wind shadow of the Philippines, the inshore route looks to have paid off with Qingdao, Punta del Este and Unicef currently leading the fleet.

Committing to the inshore route Ian Wiggin went on to report: “It may have been noted in previous races that we are scared of commitment. The middle ground has always been our preferred option, but no longer! For this race we thought we would buck the trend. We committed to sail close to the shore. As the most inshore team our options are now very limited but the possible gains are very exciting.”

Virtual Mark Massey, named after Qingdao’s AQP Rhiannon Massey, is a virtual waypoint at 18°40.000N, 119°40.000E which each yacht must pass to starboard. With the teams currently still in the lee of Luzon the light winds continue but there is wind waiting for them. 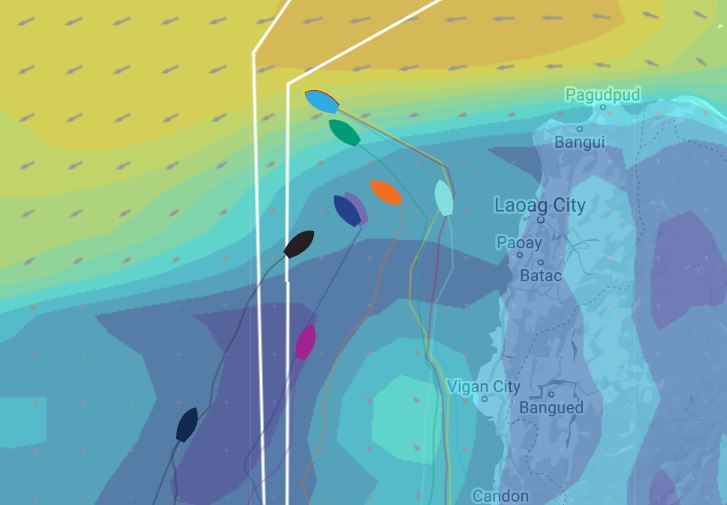 Qingdao Skipper Chris Brooks has hedged his strategy on the forecast reporting: “Climbing northward we are now east of the mark and the wind is presently coming from the direction of the mark but forecasted to change. This is one situation where we would hope the forecast is accurate as it will save us tacking towards our first mark - Massey - and costing us a huge amount of time. We also need it to happen soon to avoid light winds forecast in this area in about 6-8 hrs. Our eggs are firmly in the one basket.”

The competition remains fierce with less than 20 nautical miles separating the top half of the fleet Punta del Este Skipper Jeronimo Santos Gonzalez enthused: “Race 7 it is proving to be an exciting one and the intensity of racing hasn't faded from the race start two days ago. Punta del Este crew, Ryan and I are loving it and fighting for every inch.”

With gains also comes losses Dare To Lead Skipper Guy Waites reports: “As the witching hour approached we chose the offshore option, with an enormous wind hole forecast to the west coast of Luzon it was always going to be a gamble. 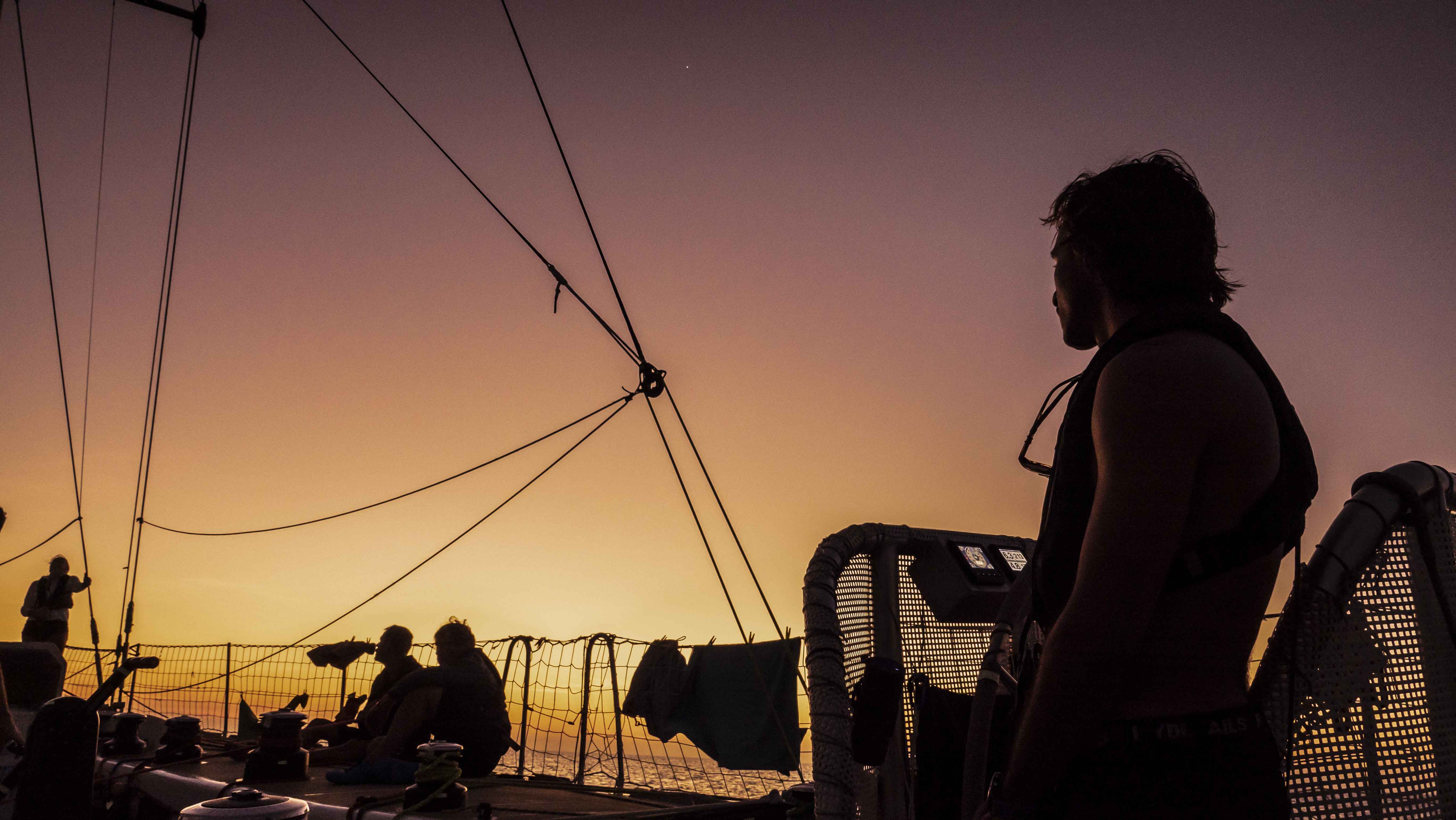 “By the early morning sched we had fallen from quickest to slowest in the fleet.”

Outside of the racing Guy added: “This morning we had an amazing encounter with what we think was Humpback Whale, right under our bow and down the starboard side of Dare To Lead, breaking the surface in the clear blue waters, a wonderful moment of distraction from the relentless pursuit of any kind of movement in the right direction, it's a game of the haves and the have nots and just now as I finish writing this blog, after a night of "have not", we look like we might just "have"?!” 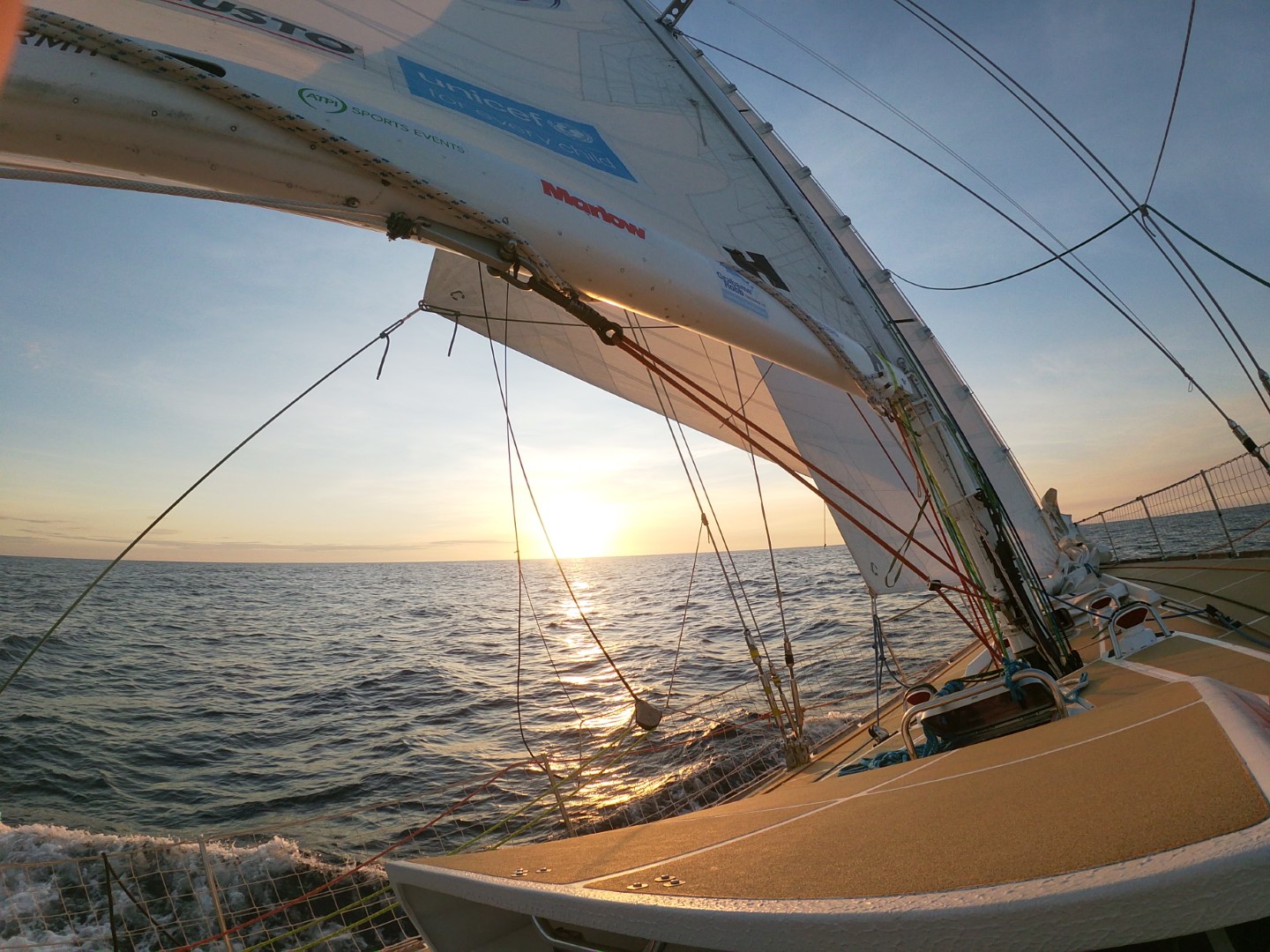 “So, the question is do we go for the fast looking one that may have more of the fleet competing for the points, or the slower looking one that may have less boats competing for the three top spots? Or will the whole fleet be thinking of a double bluff? Will the one that appears slower end up with more takers? Part of the choice will be tactical, but part of the decision is a stab in the dark, as none of the fleet will know which boat has entered which sprint until it's too late to change. Once the decisions are made we are stuck with them, the whole fleet will be informed at the same time as to which boat is entered into which sprint.

“A first for the Clipper Race, and it adds a bit of interest to this relatively short race.”

Keep track of the changing leaderboard via the Race Viewer, for the full Skipper Blogs check out the Team Pages and keep an eye on Facebook and Twitter for the Dell Latitude Rugged Ocean Sprint decisions.