After transiting the Hydrographers Passage which allowed the fleet to cross the shallow waters of the Great Barrier Reef, Unicef's Bob Beggs was appointed as the lead Skipper who organised the teams into position on the start line, set the timing for the start and ran the countdown. (Read more about a Le Mans start proceedure in the Course Instructions.)

The finish order of the teams during yesterday's short race course in Pioneer Bay set the order for the start line. Winning team, Visit Seattle, was awarded the advantage of being the windward boat.

Reporting on the start, Bob says: "Race 7 got off to a good Le Mans start. Light winds, 6-8 knots, sunny with light cumulus clouds. Ten minutes after the start when yachts are allowed to change their sail configuration we saw a split decision, between yachts hoisting Windseekers and those hoisting Code 1 (lightweight spinnakers).

"Unicef took an initial lead for five minutes but after the first two hours of sailing, Dare to Lead is in fact in the lead with Liverpool 2018 in second place.

"This was the first start for the Leg 5 joiners and was exciting with all the yachts lined up with just three boat lengths between them on the start line. Now on our way to Sanya after completing the All - Australia Leg, it is due to get hot and humid as we approach the doldrums." 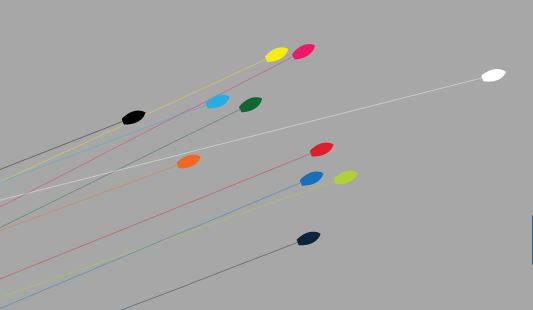 As the teams now head north towards the Solomon Sea and then west over the top of Papua New Guinea and across the Equator, temperatures are expected to soar, along with the intensity of the racing.

The first Daily Update of this race is due in approximately five hours, where you'll be able to read the Skipper's reports from the first Le Mans start of the Clipper 2017-18 Race. Until then, keep an eye on the Race Viewer to see how the fleet is positioned.

The race to Sanya is expected to take between 23 to 27 days, with the fleet expected to arrive into the Sanya Serenity Marina between the 21 and 25 of February.

Click here to learn more about the upcoming stopover in Sanya.

There are just three days before the Clipper Race fleet bids Australia farewell, but those on board will be leaving with plenty of memories after an action packed and varied All-Australian Leg 4.IMAGE: PSP Logistics during the Whitsundays Regatta.Since early November 2017, Clipper Race…

Clipper Race Skipper Conall Morrison has been nominated for the Irish Sailor of the Year Award, following his win in…