The conclusion of the Clipper 2015-16 Race enrolled 106 crew members into our exclusive circumnavigator club, but not content with this achievement on its own, Australian crew member Ross Ham, 59, has just become the first double circumnavigator in the history of the race.

An incredible feat, Ross has now spent almost two years at sea with the Clipper Race since Summer 2013, and remarkably not even that seems to have quenched his thirst for the challenge. Rumour has it the Old Pulteney and Garmin crew member enjoyed his second circumnavigation so much he is even considering signing up for a third consecutive edition in 2017-18.

Ross, from Brisbane, started sailing when he was eight, and first represented his home state Queensland when he was nine. He then progressed to sailing skiffs and represented Australia in various championships.

Here, he talks about why he decided to compete again only a year after having completed the 2013-14 series on board Old Pulteney, and how the experience differed.

Q. What led your decision to return for a second Clipper Race?

A. My love of sailing is the reason I signed on to compete again in the Clipper 2015-16 Race. Something I had planned back home didn’t come through so I thought ‘why not’?

Q. Have there been many differences in your experiences?

A. It’s been very different this time. The first time was a blur because everything was new to me. Having the experience I had the second time round, I have been able to help a lot earlier with the other crew members on board Garmin. I got a lot of satisfaction from teaching others on board this time round. The race has been just as enjoyable the second time around. I am truly a dog with two tails and both tails have been wagging the entire circumnavigation.

Q. What do your family think of you being away so much?

A. My family and wife Kathy back home in Australia know that the race and routine fits me like a glove. Kathy is very understanding, but I think she missed me more this time. She has been at more ports. I might have to persuade Kathy if I were to take part for a third time. I am looking forward to getting home and resuming civilian life now this adventure is over. I will be happy to meet my eighth grandchild who was born a few days after I left Australia in January on the race up to Vietnam. 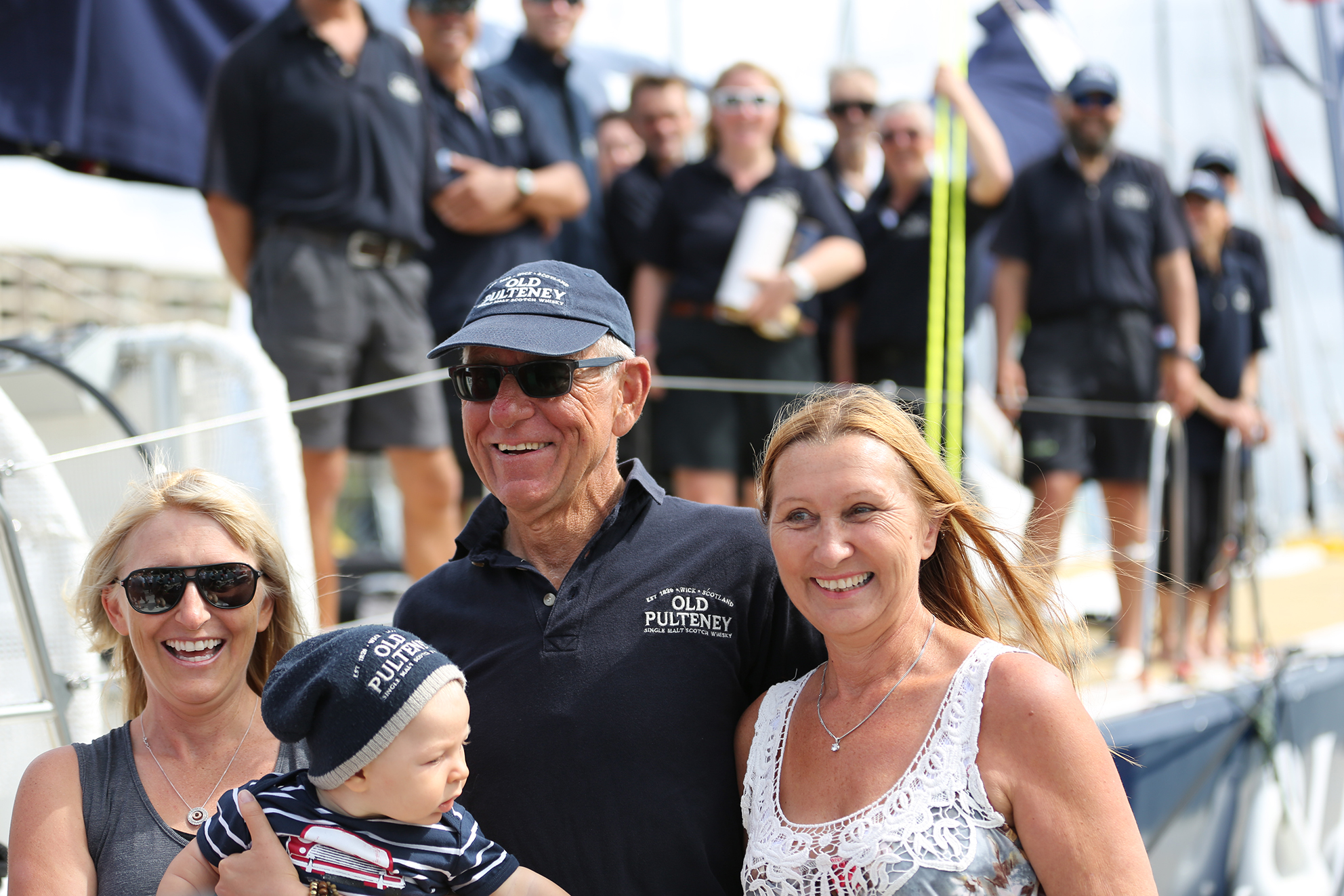 Q. What was your most memorable moment on this race?

A. The toughest time! This happened on board the North Pacific leg to Seattle when a massive storm hit us one evening and caused considerable damage to the yacht. If I don’t do a third Clipper Race it’s because my memory would stay with me of that horrific storm. I don’t need to ever relive that. I was on the helm and the breeze kicked in at around 85 to 90 knots, which is almost off the scale. The waves were being flattened by the wind and the noise was incredible. They say the sirens sing at that wind strength. You couldn’t hear yourself think; never mind give instructions across the deck. There was a foam forming against the side of the boat. People in the cockpit were quite upset.

I was not scared but I just went into autopilot mode, reactionary helming and responsible for looking after the boat and keeping it and our crew safe. I got lucky and we stayed safe.

Q. We’ve heard you say you are considering a third time. Why?

A. At the end of the voyage the first time around, everyone was happy to be getting off, but I was sad. I am not glad it’s finished this time either. The feeling on board is the special thing.

The possibility of a third circumnavigation is still there. It is a year away, though and both times I have been a last-minute sign on.

In the meantime, I will regroup and go tramping in New Zealand and see some friends.

I don’t believe I’m crazy but if people do it and get out of their comfort zone and can sustain going round the world in one of these boats, it certainly makes them a better person. 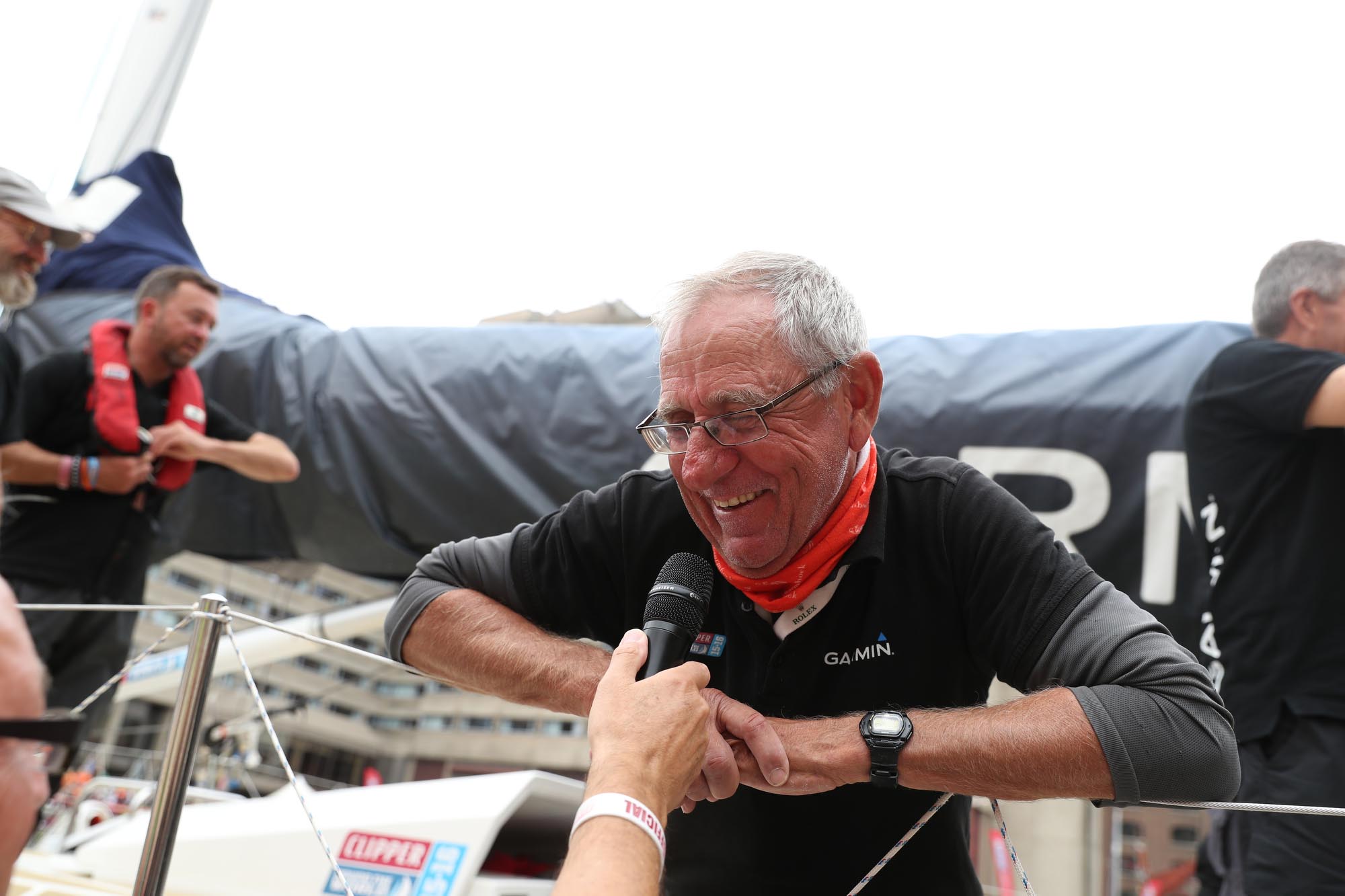 Inspired by Ross and want to become an intrepid adventurer? Click here to apply for the 2017-18 edition.

See Ross tackling the Southern Ocean in this video here.

On Saturday, 103 members of our Clipper 2015-16 Race crew joined an elite club of people who have sailed around the world when they returned to London after their 41,135 nautical mile challenge.Fewer people have circumnavigated the earth under sail than have climbed Mount Everest…

The Clipper 2015-16 Race prizes have been awarded at a ceremony in St Katharine Docks following the conclusion of the global series in London.First, the pennants were awarded for Race 14, the finale of the series, with Derry~Londonderry~Doire taking the first place pennant for its…