On Saturday, 103 members of our Clipper 2015-16 Race crew joined an elite club of people who have sailed around the world when they returned to London after their 41,135 nautical mile challenge.

Fewer people have circumnavigated the earth under sail than have climbed Mount Everest and the adventure marks a significant milestone in the lives of the crew who took on this momentous voyage.

After a couple of days of celebrations, the fleet departed St Katharine Docks this afternoon for Gosport and on board the 70 foot yacht, which has been his home for the last eleven months, was Garmin crew member Campbell Mackie.

“I feel somewhere between being at sea and being ashore, I’ve a foot in both camps at the moment I think. I’m still getting used to the idea of the circumnavigation being completed,” said the 66 year old from Adelaide before slipping lines.

“A lot of things happened that I expected to happen but there were also many things that I was completely unaware of, it’s so multi-dimensional the whole experience from amazing sailing to some pretty scary stuff. The inter-personal side, the whole thing about living with 20 people on a boat for a month at a time, in a shoebox basically, and the way we all got on was a great pleasure to me. The fact that it was a happy boat the whole way round improved the quality of the experience greatly. Everybody looked after one another, we went through some pretty difficult times and we went through some fun times together. It’s been miraculous really, a wonderful, wonderful experience.” 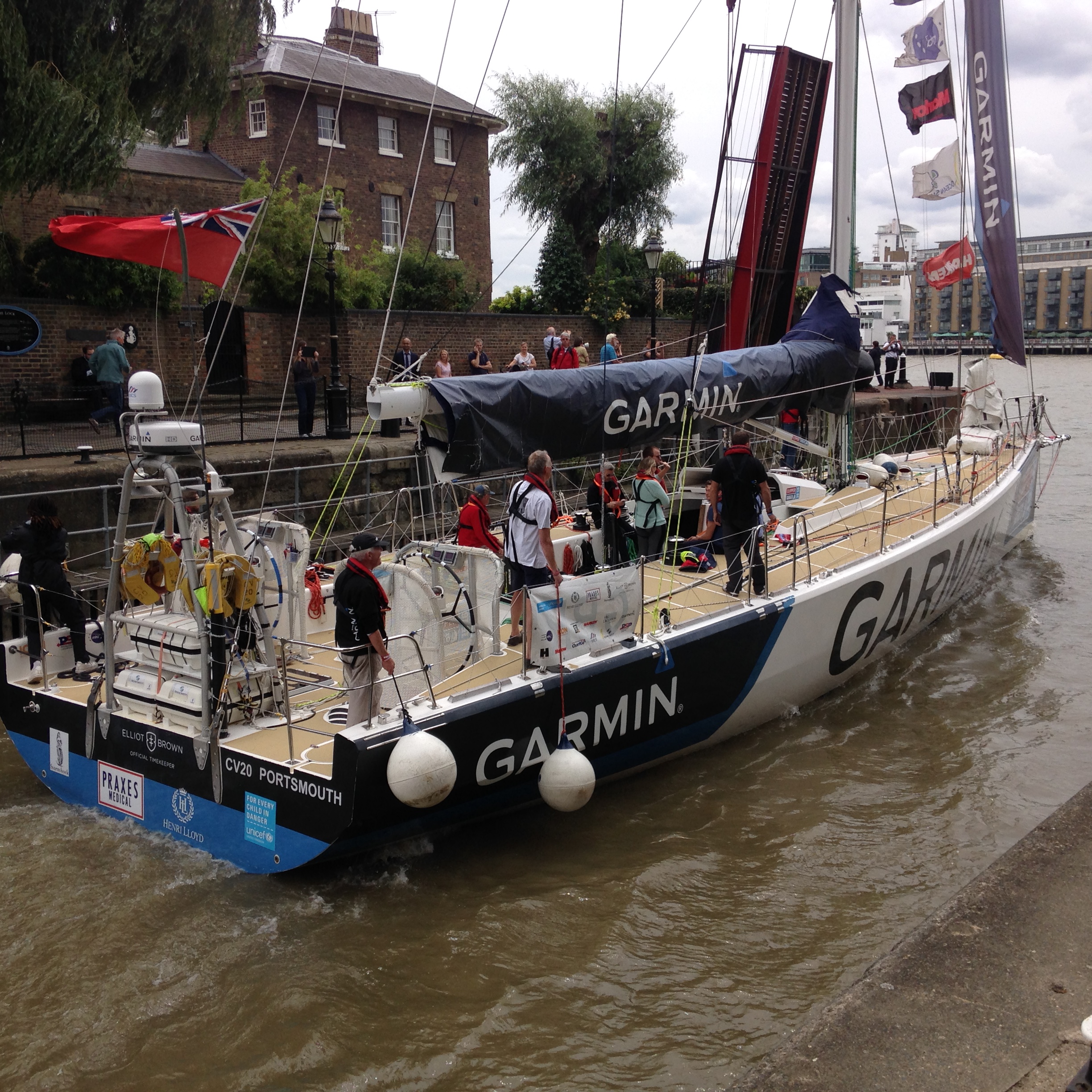 On board IchorCoal Swedish crew member Kat Svedjefalt is also still coming to terms with the realisation that the race is over, but hasn’t ruled out coming back to do it all over again.

“It hasn’t sunk in yet. I just want to stay in the bubble a bit longer, so I’m doing the delivery which Rich our Skipper calls Leg 9 and then I’m going to stay in the UK for a little bit to visit other crew members I have become friends with.

“The big Clipper Race family is one of the absolute top experiences, getting to know so many lovely people. I love sailing so it’s really nice being outdoors all the time. It’s a smaller world and a bit easier. I can’t really say anything bad about it really, I just love it and could easily do it again.” 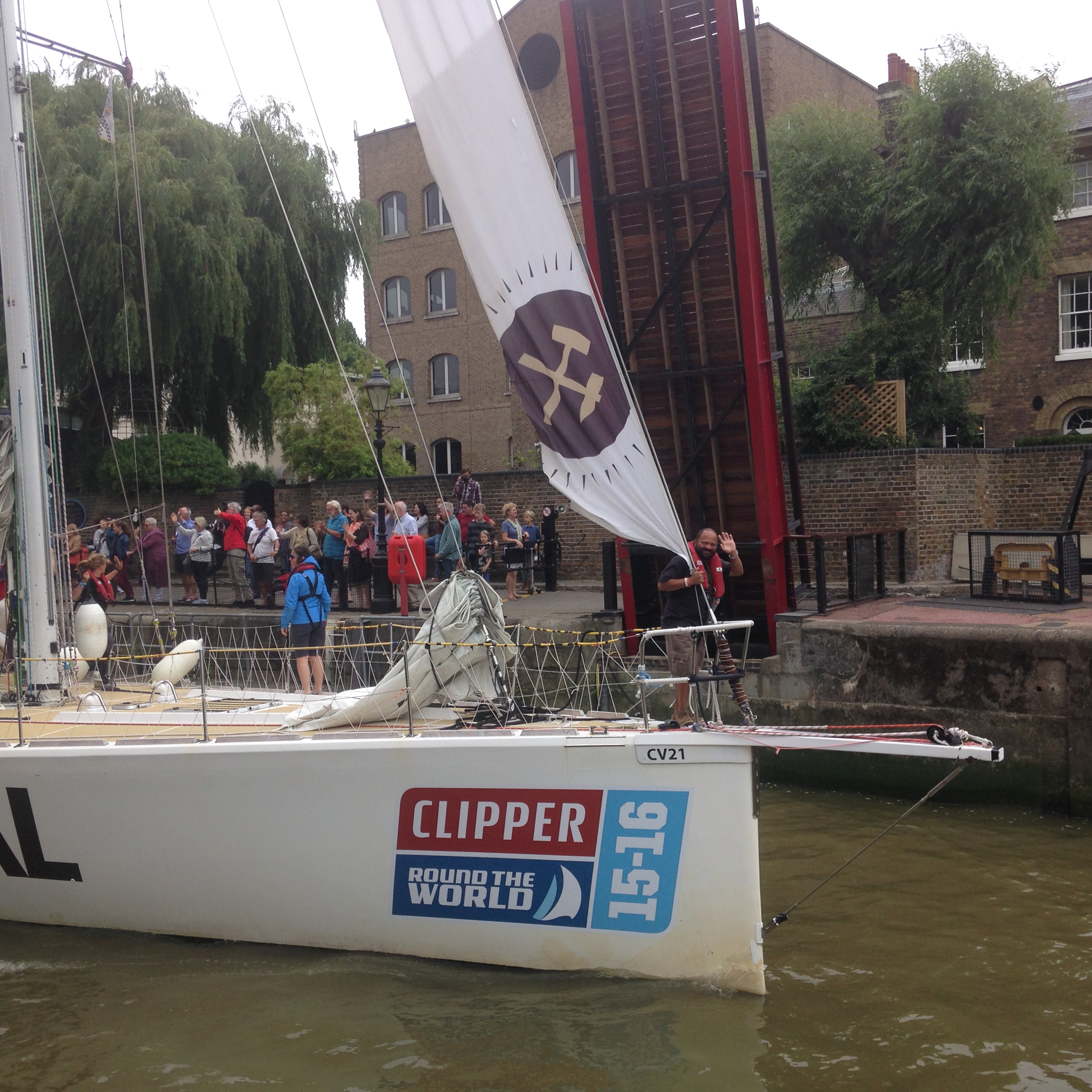 Derry~Londonderry~Doire crew member Mike Gaskin had never sailed before signing up for the race but is now an experienced ocean racer.

“It doesn’t compare to anything else I’ve ever done. It’s been extraordinary, it’s been wild, it’s been good fun and I’m quite proud of myself, my crew and the entire fleet. I wanted to do something extraordinary and I think we have all done that and I’ve met some fantastic people along the way. We’ve been through hell and high water and some sunshine too.

“The people and some of the silly moments are definitely the highlights, when you could be sitting at the stern with waves crashing over, you’re freezing cold and soaking wet, a little bit alarmed maybe, and then suddenly someone makes a flippant comment which makes no sense at all and you end up giggling instead. We have talked a lot of nonsense these last eleven months into the wee small hours,” Mike added.

Another crew member who had no previous sailing experience is LMAX Exchange’s Ana Maria Estruch. The 62 year old from the UK played a vital role on board the winning yacht, in charge of sail repair, Ana ensured that the team was never held back by sail damage.

“It has been pretty overwhelming to be honest. When we left St Katharine Docks 11 months ago I never imagined how it would feel to return as winners. I will never forget that day, or the memories we have made along the way. I’m so proud.

“It hasn’t fully sunk in yet I don’t think but I’m sure it will over the next few days and weeks. It won’t be the end of my travels and adventures, I’m already planning a few things with some of my fellow crew from the race.” 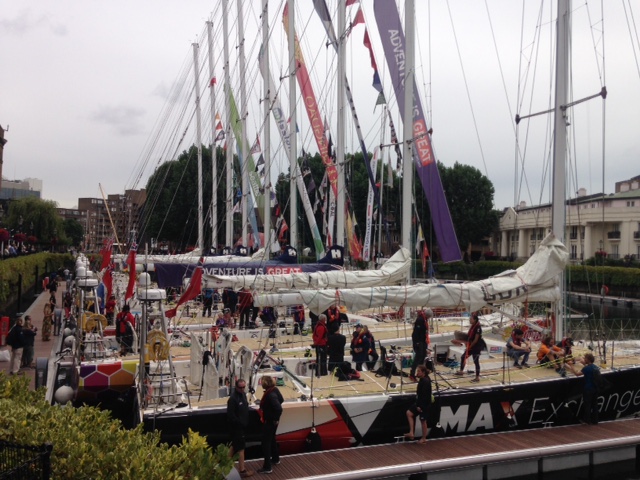 Eleven of the Clipper Race yachts have now departed St Katharine Docks for the Clipper Race HQ, Gosport, where they will arrive tomorrow afternoon. The fleet will then remain there to be refitted and also start training the crew for the 2017-18 race.

VISIT OUR OPEN BOATS IN LONDON ALL WEEK

Following the spectacular scenes of the Clipper 2015-16 Race Finish celebrations in London, the Race Village remains in full swing…

The Clipper Race fleet has performed a colourful Parade of Sail on the River Thames in London this morning after completing Race 14 and the full 40,000 nautical mile circumnavigation last night off Southend, UK.The fleet began its parade at the Thames Barrier, and passed…