This week, Seattle celebrity chef Ethan Stowell cooked for some of the Clipper Race victuallers while finding out more about the tough task of buying, managing and cooking food during the race.

Ethan, who has 14 restaurants in the city, cooked a roasted wild halibut dish with miatake mushrooms, asparagus, English peas, and wild cress in one of the on board galleys. While cooking one of his classic dishes, he found out more about extreme cookery during the ocean odyssey and the challenge of victualling for the next seven weeks for the race to New York.

Ethan said: “It has been great to meet these crew members and hear more about their experiences planning the meals and finding ingredients around the world. The level of detail they need to go into with their planning and getting the correct amounts of all the ingredients is pretty impressive.

“I could not imagine doing the race itself either – it looks very tough and the crews are working all the time, enough to be consuming 5,000 calories a day which is crazy. The whole yacht race programme is awesome and I applaud them for the amount of effort they put in.

“Having cooked in the galley, I can say it is certainly compact and is not what I expected. I have only been cooking for five people, not 20 or more crew three times a day plus snacks. I have only cooked alongside the dock so I feel pretty fortunate that I am not trying to cook at sea,” Ethan added. 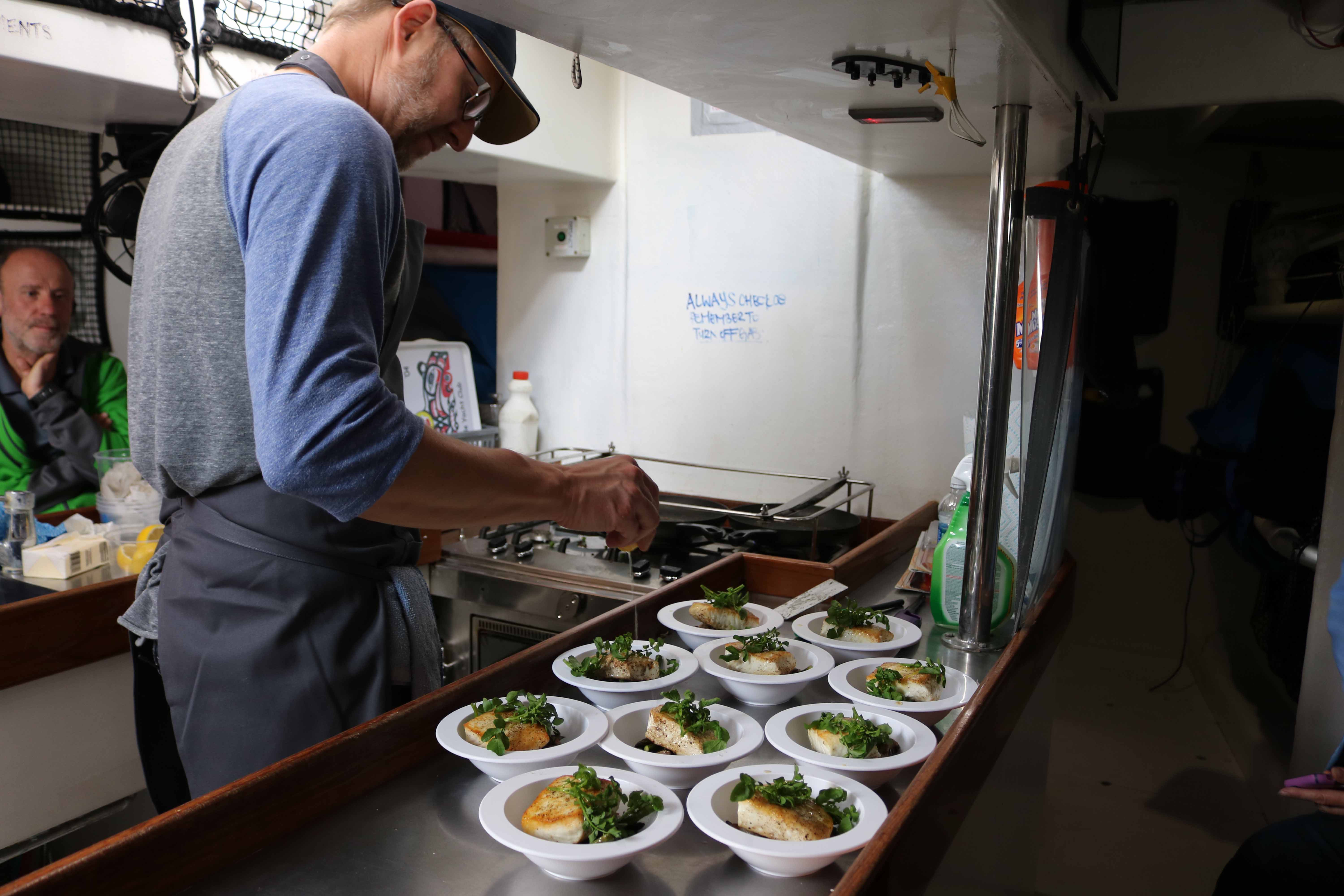 Mission Performance victualler Brian Harlock met Ethan and also got some tips from him about getting supplies in Seattle. Brian said: “Victualling is a challenge every time you get into a new port. You think supermarkets are the same around the world, but they don’t sell the same thing. In China and Vietnam for example, you can’t read the labels so the whole job is a test.

“Each stop, we move around 4.5 tonnes of food what with buying, packing and moving it. It can be quite exhausting, and a lot of pressure too. At night you go to bed thinking, ‘where am I going to get this and that’, and checking I am still in budget. There are no supermarkets in the middle of the ocean, so you have to make sure you are fully prepared.

“It has been great to meet Ethan, get some tips from him for some items I am missing here in Seattle, and also try one of his dishes,” Brian added. 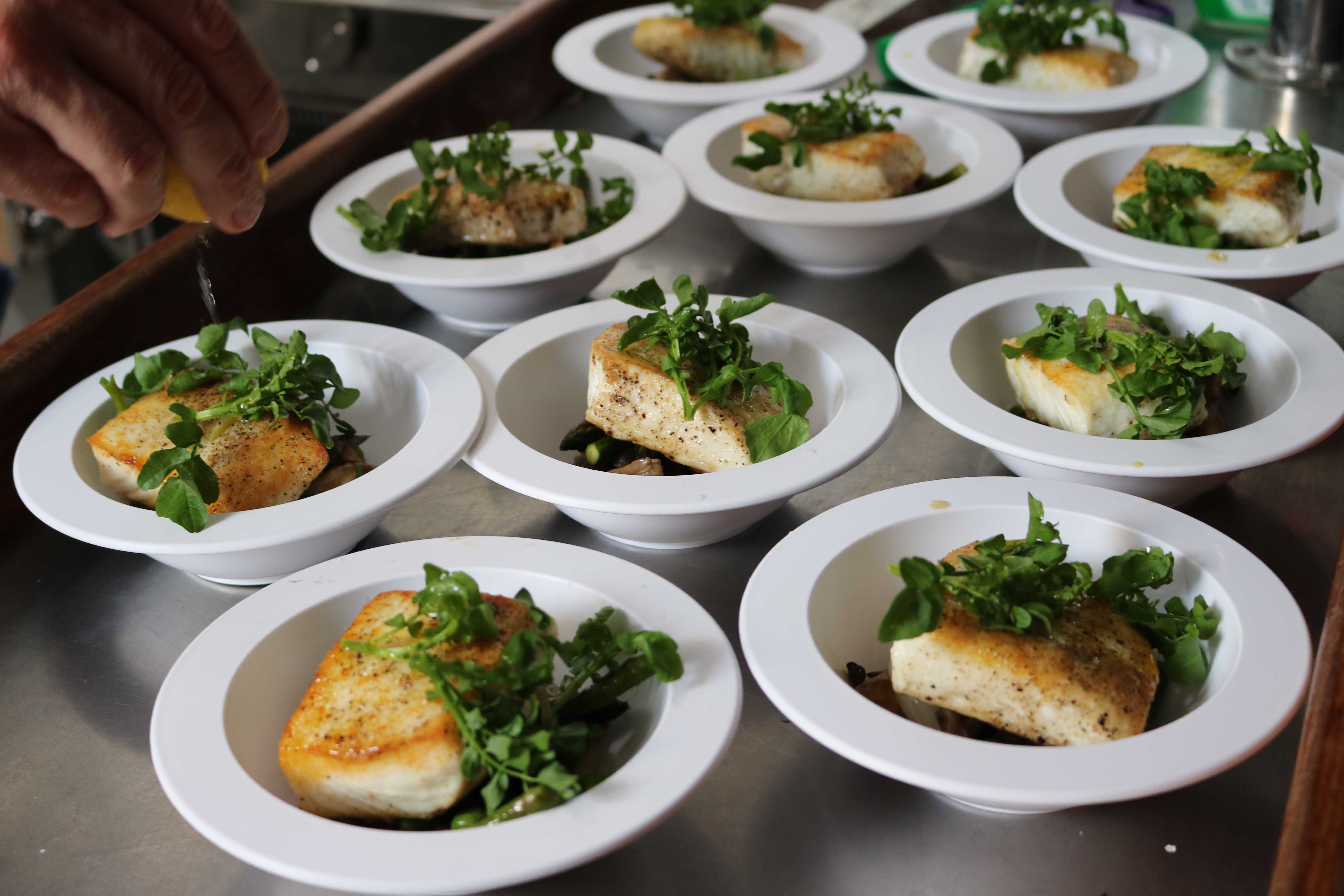 The victualler member of the race crew is responsible for planning the menu for each leg, taking into consideration nutritional and calorific content of meals depending on weather and duration of the race, purchasing food supplies for each leg and keeping people motivated with good food through the extreme conditions.

Trying to store, cook and serve tasty and nutritious food during months at sea is quite a task on an around the world yacht designed for speed, not comfort – space is very limited and fresh supplies run out quickly. But due to the energy demands of the race—each crewmember burns around 5000 calories a day—good food is an important part of the race.

There is a strict budget of £3.50 ($5.00) per person per day on the race for all meals, so planning is key.The international Clipper Race crew are currently on a stopover in Seattle, following their race from Qingdao, China. The next race will depart the Emerald City tomorrow, April 28, headed for New York.

His food philosophy is all about keeping it simple, using fresh ingredients, and allowing the food to do the talking.

To watch the You Tube video of the event, click here. 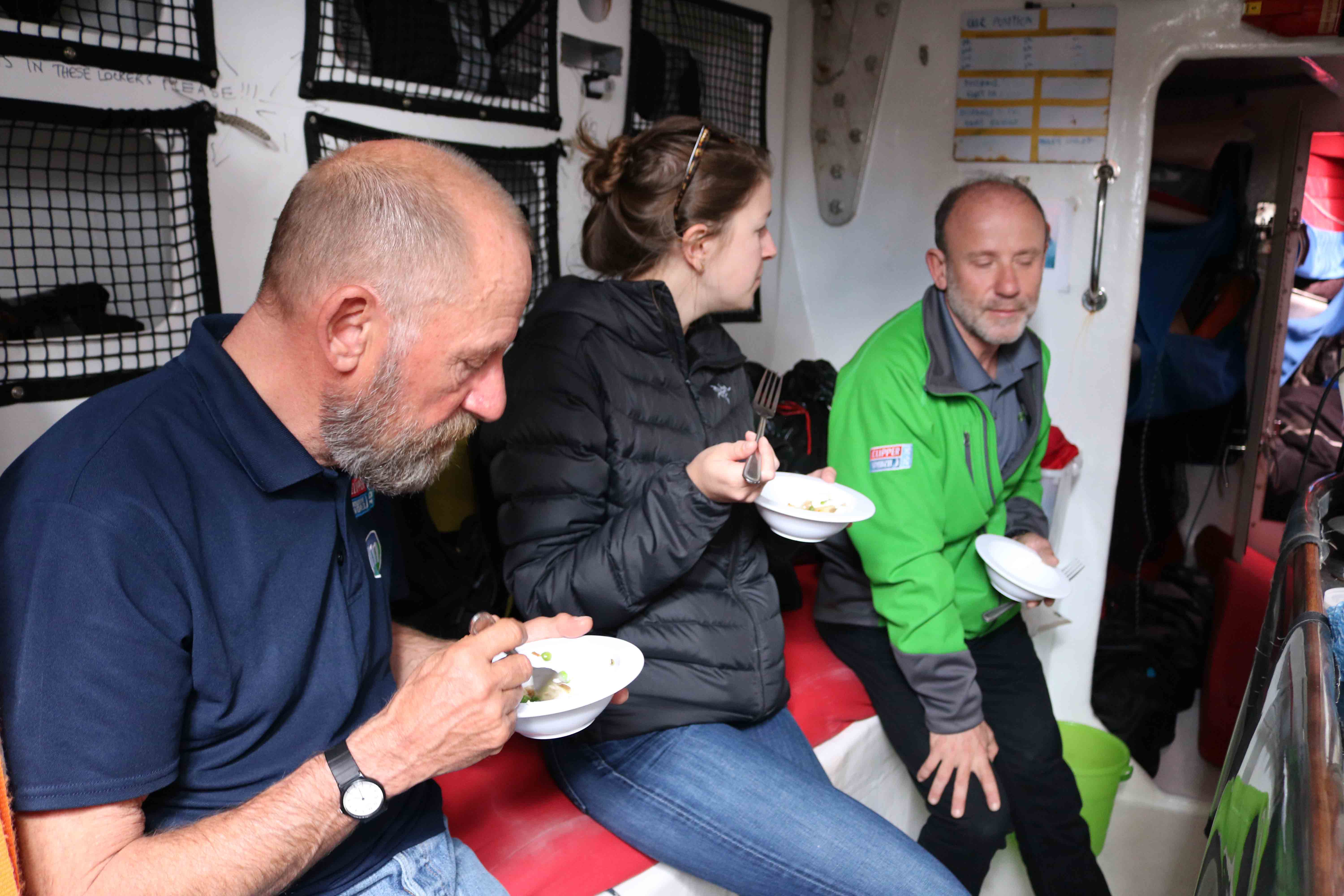 Making the first ceremonial pitch is a big part of American baseball culture; and the honour is usually reserved for presidents, dignitaries and rock stars.However, it was Visit Seattle Skipper Huw Fernie’s turn to be a rock star this evening as he stepped up to…