The Emerald City has extended a warm welcome to our intrepid race crews, providing an eclectic mix of hospitality and entertainment to celebrate the fleet’s arrival, having completed the crossing across one of the most remote oceans in the world.

Debuting as a host port and team entry for the first time in the race’s history, port organisers and home team namesake, Visit Seattle have also been showcasing the region’s top rated attractions to its Visit Seattle crew that put it firmly on the map as a must see destination.

First to be visited by its adopted race Seattleites was the city’s Museum of Flight. With more than 160 historic air and spacecraft on display, crew were able to have exclusive access to look on board craft including a Concorde jet. 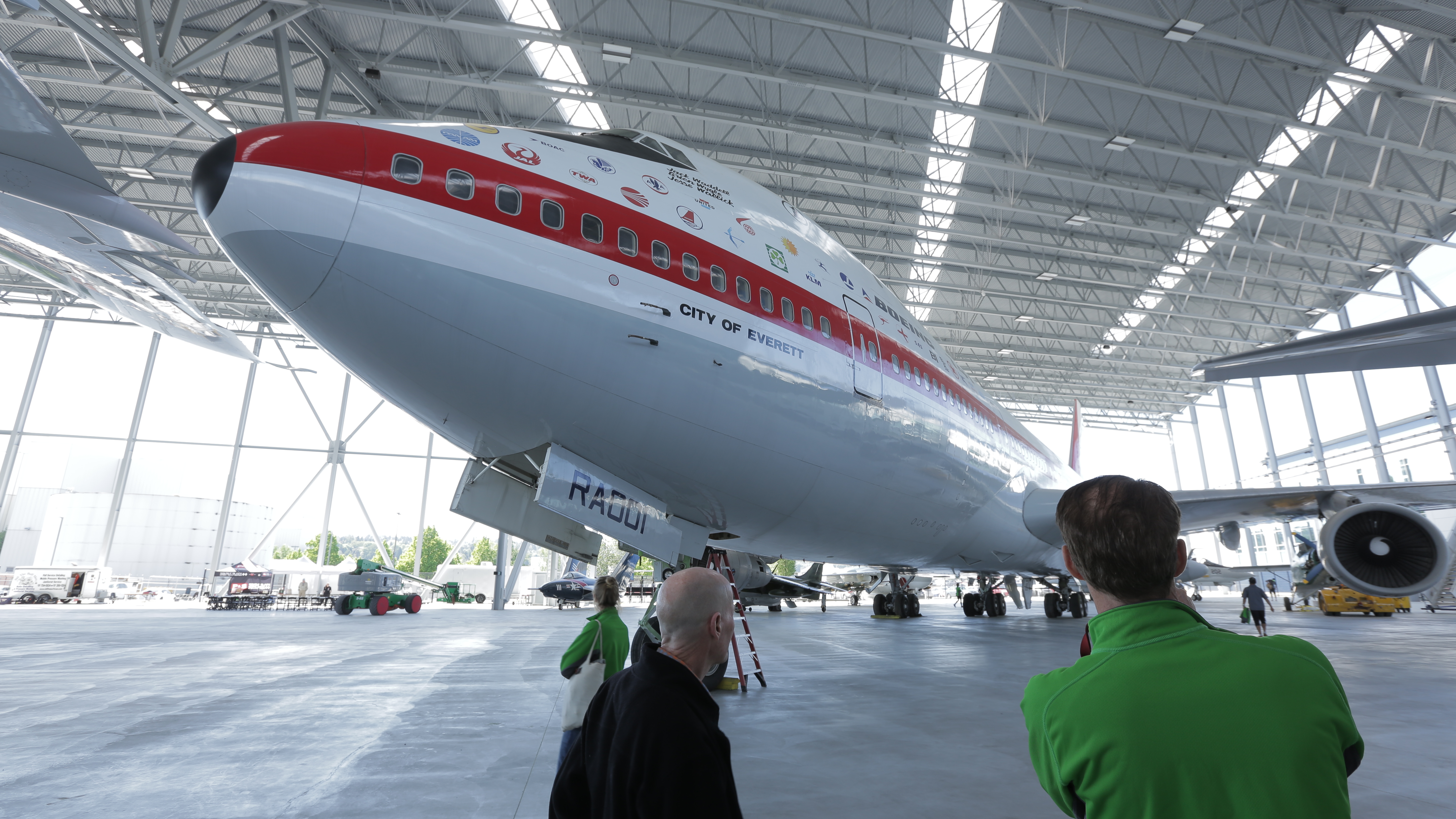 Positioned in the Pacific Northwest on Puget Sound in Washington State, Seattle has a vibrant downtown surrounded by ocean, mountains, evergreen forests and thousands of acres of parkland which give it its ‘Emerald City’ nickname.

The futuristic Space Needle, a legacy of the 1962 World’s Fair and located in the Seattle Center, is the city’s most famous landmark. Its observation platform is the best place to see the Cascade and Olympic Mountains which flank the city, as well as the modern skyline.

Visit Seattle crew member Martin Frey says: “At the top of the space needle is a time lapse camera of the bay area. If you go back to April 17 at 0800am in the morning, you can see Visit Seattle coming into its home port having crossed the Pacific. You can see us there in the sunshine, having a great time.

“It’s fantastic to see our arrival documented from the air and one of the city’s most iconic landmarks.” 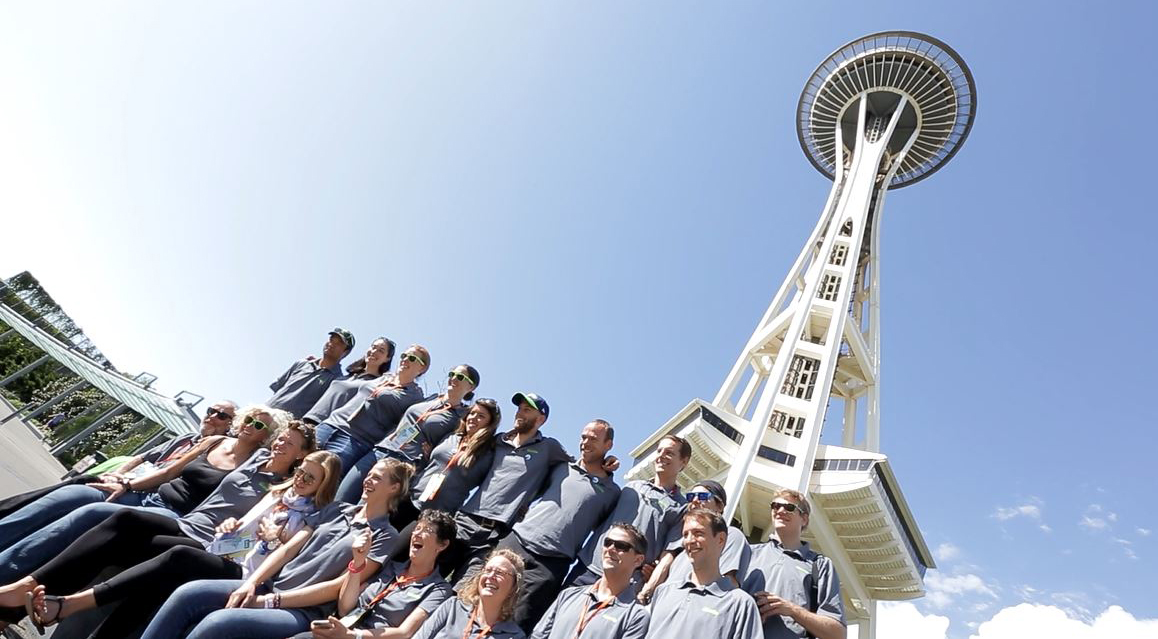 There are hiking trials in the Cascade and Olympic Mountains, and both Mount Rainier and Mount St Helens National Parks can be visited on a day trip - while the best views of the city can be found at Kerry Park.

Pike Place Market is Seattle’s original farmers market and was established in 1907. It presides over a nine acre historic district in the heart of downtown Seattle and sells produce from local farms as well as regional specialties such as pickles, kimchee and chocolate-covered Washington cherries. A popular way to explore the market is through sampling what it has to offer with Eat Seattle food tours, from Chef tours to unique samplings and purpose tours discussing food industries in the area, there is something for everyone.

Having sampled what Pike Place Market and the city has to offer, crew member Kate Garner says: “We have had an awesome day here with Visit Seattle. We always knew they were going to be the best team partner. It’s a really good match with the crew personalities and interests and that of the city. It’s a lovely, quirky and interesting place. My favourite part of the tour has to be the market because my favourite thing is eating!” 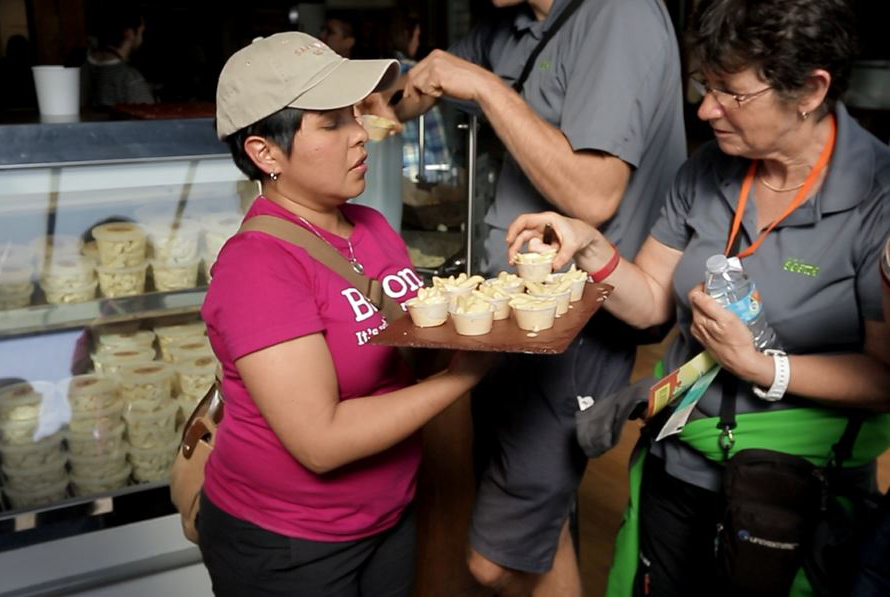 Meanwhile, on Friday, other teams visited the Experience Music Project Museum. The museum is dedicated to contemporary popular culture in a city that was the birthplace of Jimi Hendrix, Kurt Cobain and Pearl Jam.

Crew also visited The Bill & Melinda Gates Foundation Visitor Center where the connections we share with others across the globe are brought to life with interactive displays and activities. Debates about education, health and poverty are on the agenda at the center.

To find out more about what’s on during the fleet’s visit to Seattle, click here.

In a very personal interview with The Huffington Post UK editor-in-chief Stephen Hull, Sir Robin Knox-Johnston talks about fear, the universe and living life as one of the UK’s most influential men.“The world is full of those who’d hate you to achieve because…

Get on board our open boats in Seattle today

The Clipper Race fleet has arrived at Bell Harbor Marina, Seattle, WA having completed the Seattle Pacific Challenge from Qingdao,…