The path to success is never smooth. The eventual champion of Race 6 will need to navigate through the difficult, fickle weather conditions and seize any advantage thrown at them in the final 200 nautical miles to the finish line. Expect more changes in the leaderboard for the next 24hrs as only 12nm separates sixth place from the team in first with the leaders engulfed in a windhole.

In dramatic form the current Race Standings have Visit Sanya, China leading the pack, with WTC Logistics in second and Ha Long Bay, Viet Nam in third. The two front runners have opted for an inshore route and appear to be benefiting from more favourable wind speeds enabling them to overtake the Ha Long Bay, Viet Nam and Qingdao who so far dominated in Race 6. 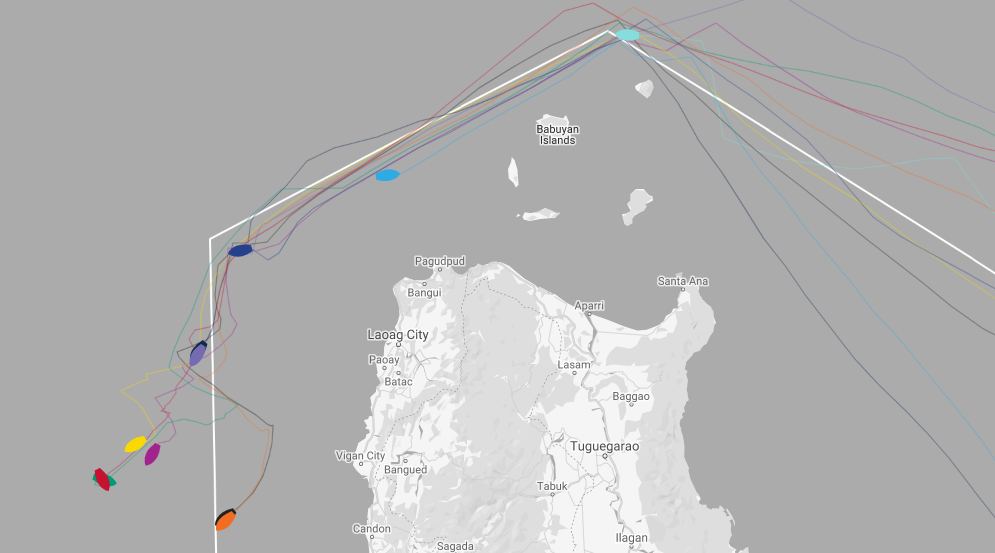 Speculations could be made that Qingdao is playing the long game, keeping its position on the overall standings in mind, when choosing tactically to cover close rivals Ha Long Bay Vietnam in the final stages. Qingdao Skipper Chris Brooks reports: “We were lucky to find a little breeze throughout the night which defied all the forecasters. This allowed us to catch up with Ha Long Bay, Viet Nam. Unfortunately, the rest of the fleet sailed into the position where we entered the windhole, with good pressure and we are all now within just a few miles of each other with no real discernible or predictable advantage anywhere on the race course.”

WTC Logistics Skipper Rich Gould commented on his team's performance and the tricky conditions they're facing: “In some ways it’s a good morning, and in some ways it's not. Yesterday saw us make some great gains on the boats ahead of us, as we charged across the Luzon strait, still flying the chicken chute. The gains we made were due to a lack of wind that slowed down the front of the fleet, but now we are on the opposite side of that situation, floundering around in the lack of wind, and I'm sure the boats behind us, to the north of Luzon will be chewing the miles up.” 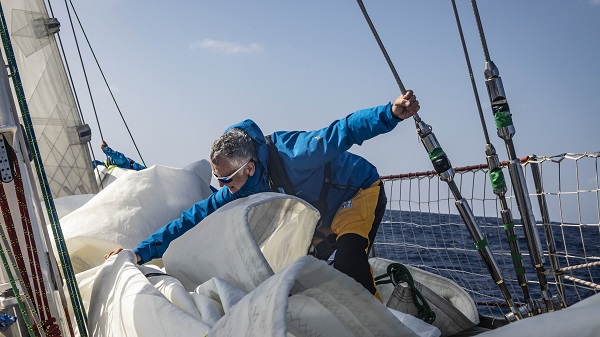 Unicef opted to go into Stealth Mode with the intention of racing past it’s immediate competitors Zhuhai and Dare To Lead. Skipper Ian Wiggin commented: “The final 300nm is going to be a test. I am sure chess will be a feature on board to keep our minds stimulated. Much like the board game, we are hoping for a bit of luck and an opportunity to find a way to salvage a few extra points from this race.”

With the pack leaders battling the weather conditions as well as each other, perhaps Unicef’s decision to go into Stealth Mode could allow them to overtake more than their immediate competitors.

As the Race 6 continues, and the distance to finish gradually decreases, the teams are looking forward to sailing into Subic Bay, Philippines. Visit Sanya, China Skipper, Seumas Kellock said: “We are now really looking forward to landfall and the promise of a cold beer." 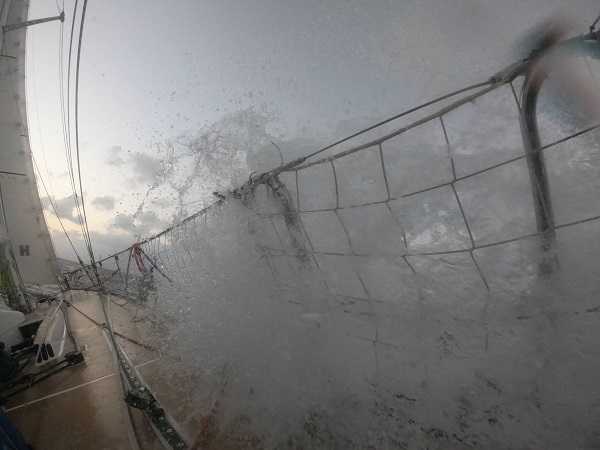 The race is set to go down to the wire, with the leaders now not expected to arrive until Friday, the competition has been thrown open and a podium place is a realistic possibility for all 11 teams. Follow the Race Viewer to see how the final stages of this captivating contest evolves.