With the Vendée Globe 2020-21 set to begin, Clipper Race Founder and Chairman, Sir Robin Knox-Johnston, sends a message of good luck to the Clipper 1998 Race winning Skipper Alex Thomson ahead his latest campaign as Alex shares that Sir Robin will be travelling with him in a very special way.

Sir Robin, who was the first person to sail solo, non-stop round the world, reflects on how his friendship with the accomplished British solo offshore sailor began, saying: “I was initially concerned about Alex’s age so ahead of offering him the role of Race Skipper I decided to take him, as my Mate, on a trip to Greenland. I very quickly came to the conclusion that he was more than material enough to skipper one of our yachts, and really our friendship started then. It is a trip we still talk about to this day.”

The second edition of the Clipper Race started in October 1998 and it was the young Race Skipper Alex Thomson, who set about setting down race records, which currently still stand to this day. Still the youngest skipper to win the overall race, aged 25, Alex and his crew on board Arial also collected six consecutive race wins, a record which is yet to be equaled or beaten. 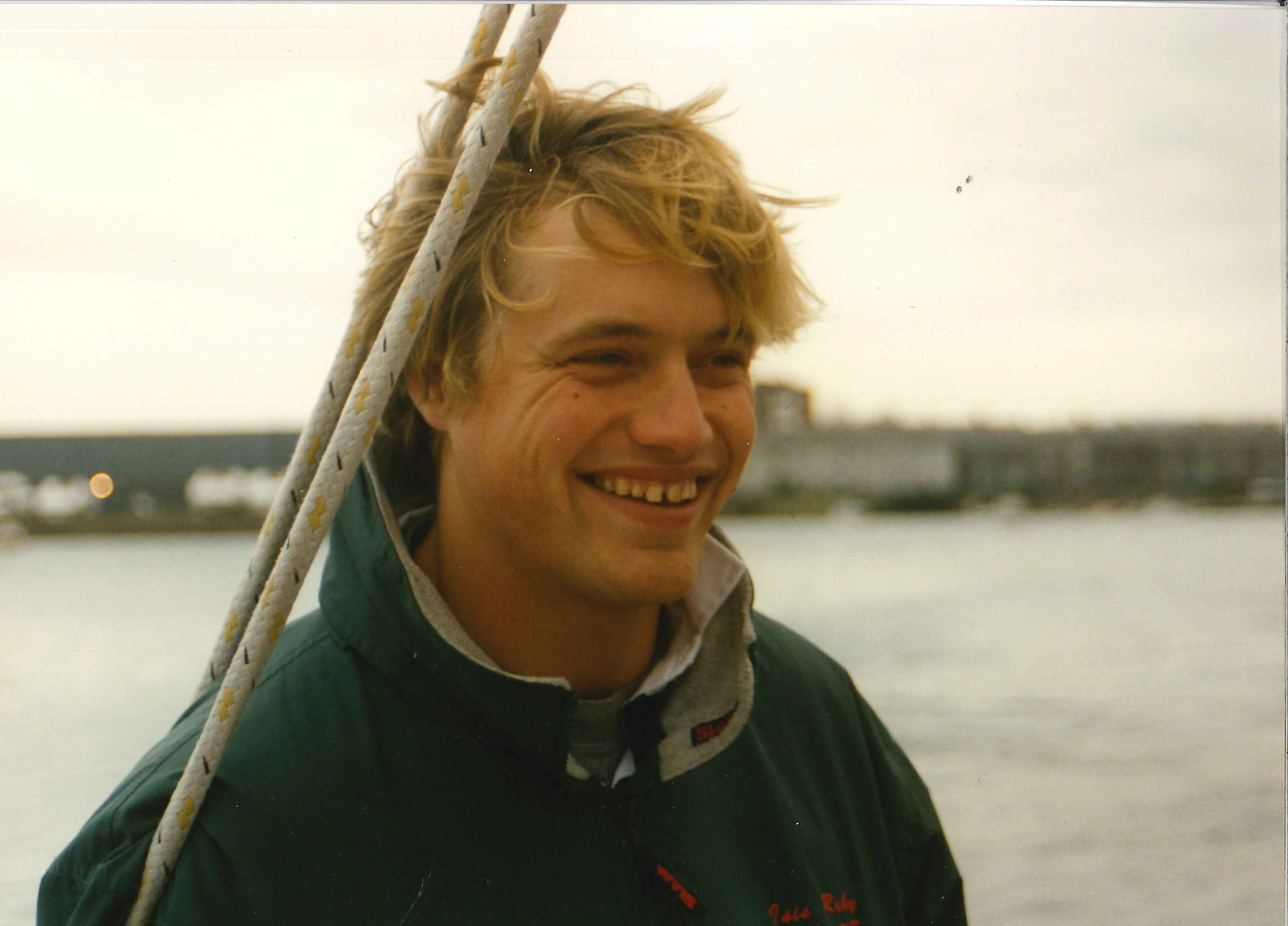 It was on the Clipper Race that Alex met Sir Keith Mills, who was part of Alex’s winning crew. It was from then Keith decided to back him as a single handed sailor, he helped Alex to set up and build Alex Thomson Racing and the rest as they say is history.

Ahead of Alex’s fifth entry in the Vendée Globe, and having followed Alex’s development and career since his involvement in the Clipper Race, Sir Robin said: “Alex in those early days really was a bit of a daredevil and he would just push, push, push. He has just got steadily better since his first attempt in 2004. If he hadn’t broken a foil, which probably means he hits something, which you just can't control, that's just luck, he would have won the last race. I am just hoping he will manage to pull it off this time. I am just desperately sorry I can't be there to wave him off.”

The Vendée Globe is a non-stop, unassisted, singlehanded round the world race via the three capes. Known as the Holy Grail for professional solo sailors Alex came a close second in the 2016 edition and has his sights firmly set on victory with his IMOCA 60, HUGO BOSS. Setting sail from Les Sables d'Olonne every four years, the ninth edition starts this Sunday, 8 November 2020 at 1202 GMT. 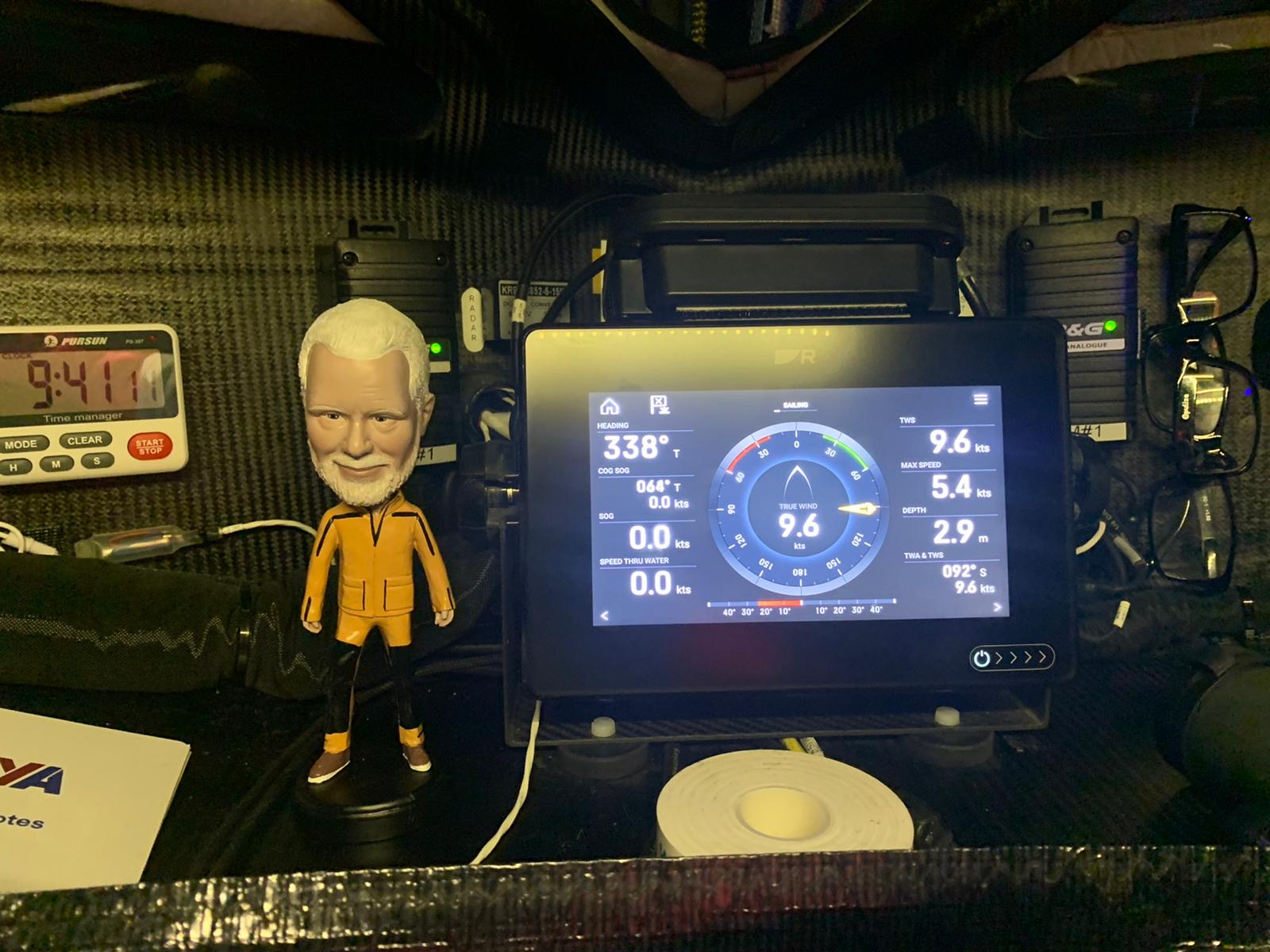 As a mark of their friendship Alex Thomson shared that he is taking a model of Sir Robin with him on board HUGO BOSS. Alex called his stowaway 'Sir Robin' his 'shipmate and said: "He's going to be coming with me certainly in spirit and I'll be able to talk to him all the way round."

Sir Robin, along with a crew made up of some familiar faces from the Clipper Race team (Race Director, Mark Light; Deputy Race Director, Dale Smyth; Operations and Logistics Manager, Matt Pettit; Maintenance Manager, Jay Haller; And Fleet Rigger, Greg North) had planned to sail to Les Sables d'Olonne to support Alex and the other entrants at the start but due to the current government guidelines and lockdown in the UK cancelled the trip.

“Our plan was to get there for 0800 in the morning, for when the boats start coming out of the harbour. I was looking forward to joining the celebrations at the Race Village as well as being there for the start. We were hoping to wave Alex off on his way and support some of the other Brits we know.

“With 33 entries, it’s a big field, but it really is down to a few of them at the top; there are also some very good French sailors in there, with very good boats. So it's a question, has Alex got the edge with design? We certainly think so.”

Since single-handedly sailing non-stop round the world was proved possible in 1969 by Sir Robin, taking 312 days on board his 32-foot Bermudan ketch Suhaili, much has changed: “It’s a very different pressure these days, they are now pushing these boats at such extreme speeds. You are totally dependent on a really automatic pilot, which just didn’t exist when I went round. The speeds you are doing are phenomenal and it’s really a question of having the guts and skill to keep pushing your boat at those speeds and Alex can do that, he has the right temperament for it.

“When I went round we were just seeing if it’s possible, as much as anything, as everyone said it wasn’t. Now we know it is, the pressure comes from your competitors, it's a different game, and one that Alex is very good at.

“I think, and hope, this is his race and we are rooting for him.”