Following the spectacle and ceremony of the fleet’s departure from St. Katharine Docks, London, the first stage of the Clipper 2019-20 Round the World Yacht Race officially started on Monday 2 September, at 1000 BST, in the Thames Estuary. 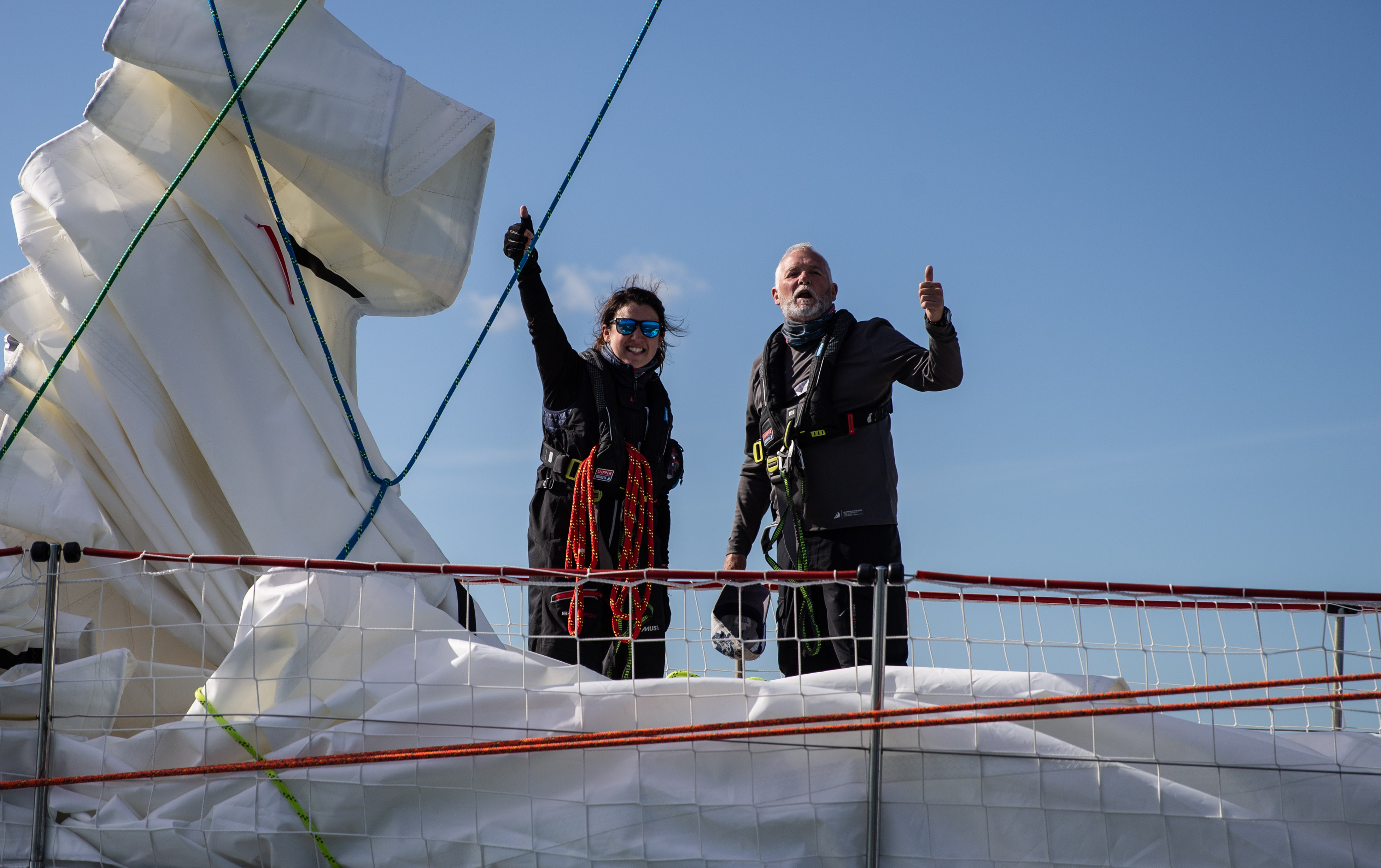 Dare To Lead was the first team to hoist its spinnaker and had it flying as they charged for the line in the closing minutes leading up to Race Start which took place very close to Southend Pier. A treat for the many spectators who had come out to watch on the pier.

Taking the honour of being the first to cross the start line of Race 1 was Qingdao, Skippered by Southend local Chris Brooks, who maximised home waters to his advantage. Dare To Lead crossed in second position, narrowly followed by Unicef in third.

The conditions were as expected, with 10 - 12 knots (Force 3-4), from the west-south-west, a flat sea and beautiful sunshine warming the day. The breeze was stable giving a great downwind start and increased very steadily as time went on. Lessening the effect of the beginnings of the spring flood tide against the fleet at the start this, however, would only strengthen as they headed out into the Thames Estuary towards the east horizon.

Clipper Race Director, Mark Light, who oversaw Race Start said: “All yachts got away well and made a magnificent sight as they stretched out to the east with their spinnakers flying silhouetted against the brilliant sunshine.” 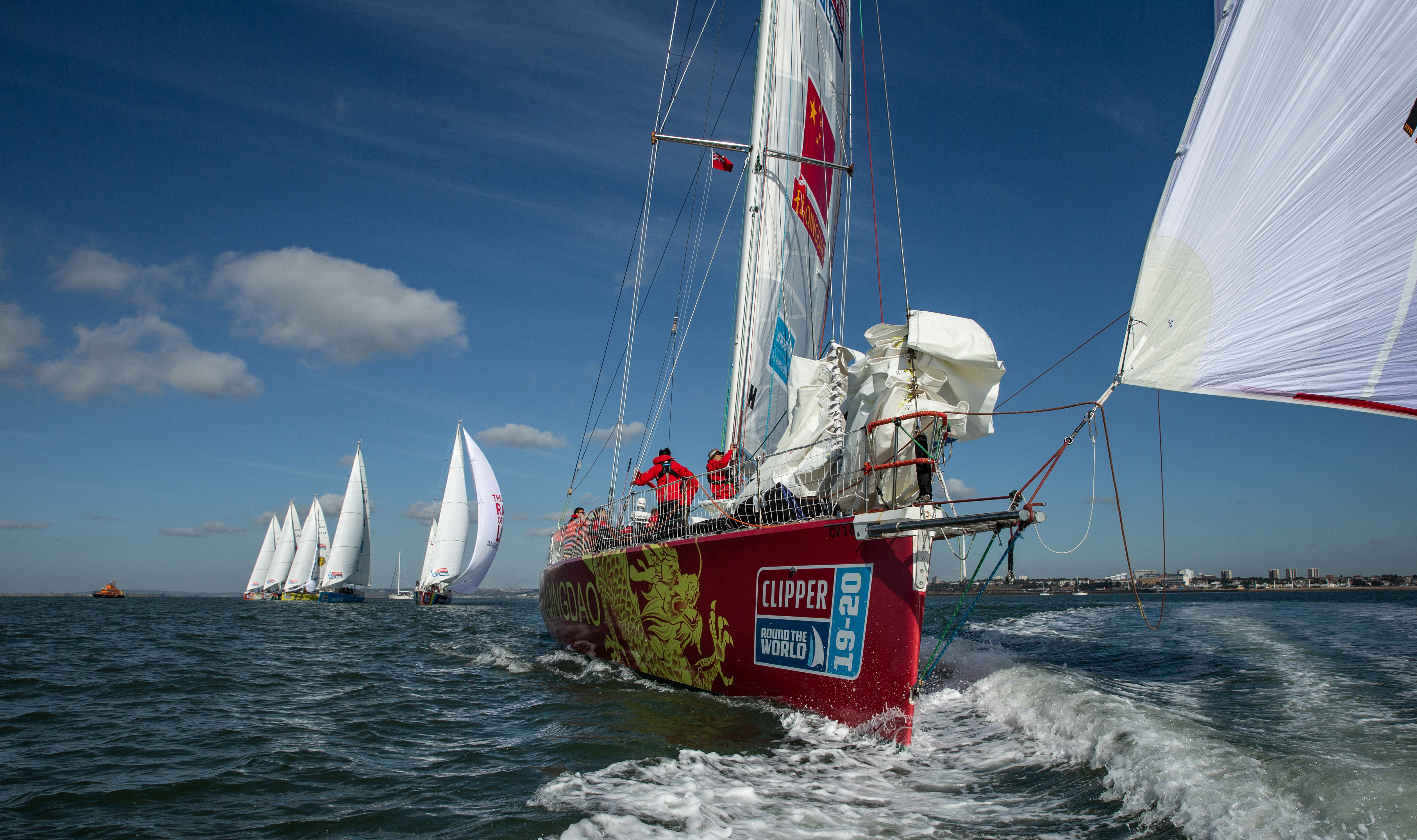 Racing remained tight with the Qingdao team managing to maintain a slim lead of a couple of nautical miles between themselves and the chasing pack. Qingdao Skipper, Chris Brooks, reported: “The crew perfectly correlated to achieve the plan. The idea was to time race start perfectly to hoist the Spinnaker and pull into the lead.

“We led all the way to the South East where the wind died. It was painful to watch as five yachts came through inside us with pressure as we wallowed in self pity and lifeless air.”

The fleet compressed as it reached Margate, with positions changing frequently in the fickle winds. Guy Waites, Skipper of Dare To Lead noted: “We could have taken down each others sails let alone our own we were so close by!” 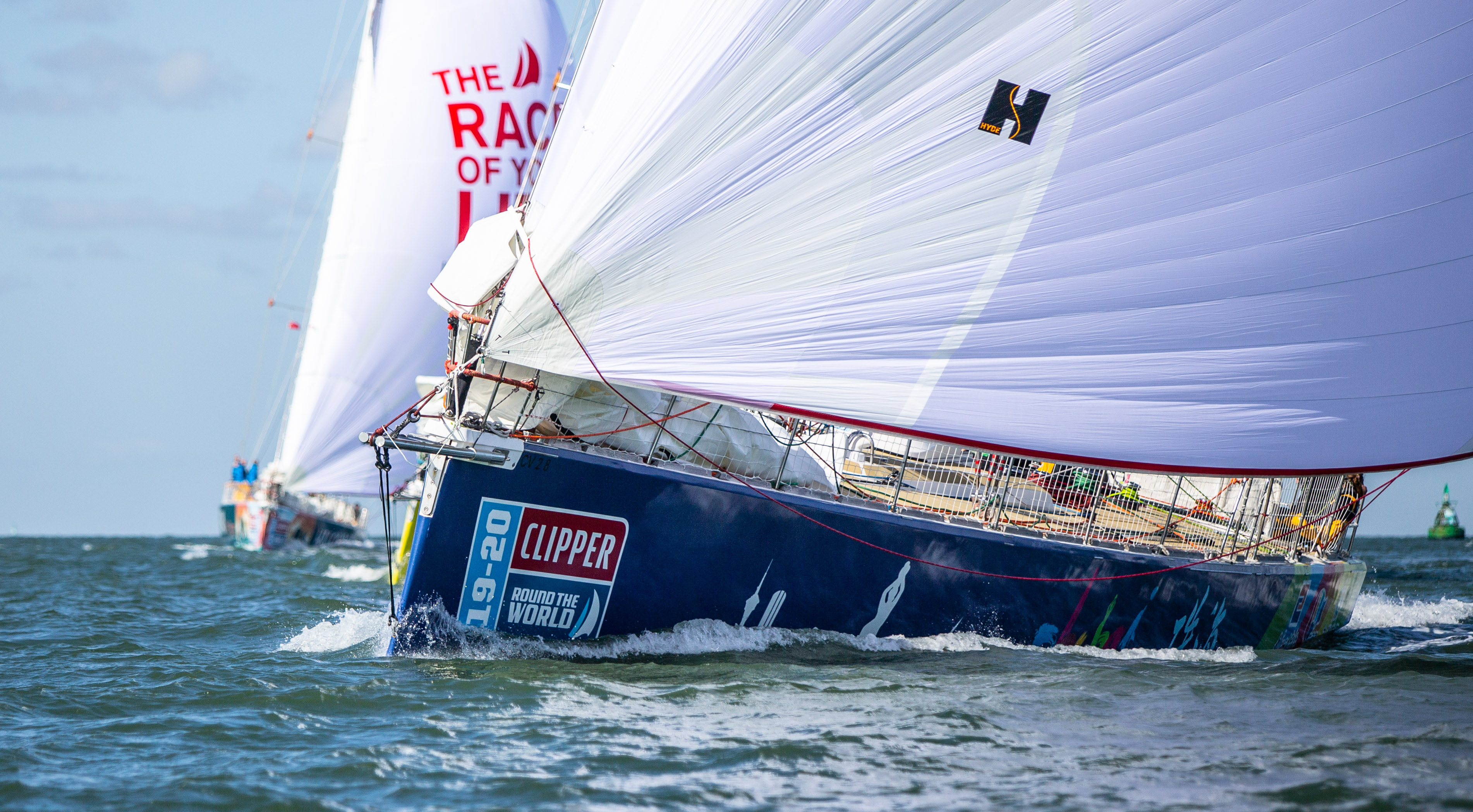 However, it wasn’t long though until the wind filled in, south southwest, for an upwind beat in shore along the English southeast coast. Zhuhai Skipper, Nick Leggatt, said: “We settled into our first night with a reefed Main, Staysail and Yankee 2, as we faced the prospect of a lot of tacking through the Straits of Dover and down towards Beachy Head.

“A tiring night, and some battered and bruised bodies at the end of it, but the day has just dawned with the Zhuhai still in second place as we round Beachy Head and continue down the English Channel.”

Which team will will cross the English Channel first? Keep an eye on the Race Viewer to see what happens to the leaderboard.