The sun shone on the thousands of supporters who lined the banks of St. Katharine Docks and the River Thames to witness the Clipper 2019-20 Race departure. Tower Bridge was lifted to mark the occasion and the eleven strong fleet paraded up the Thames to rapturous applause. 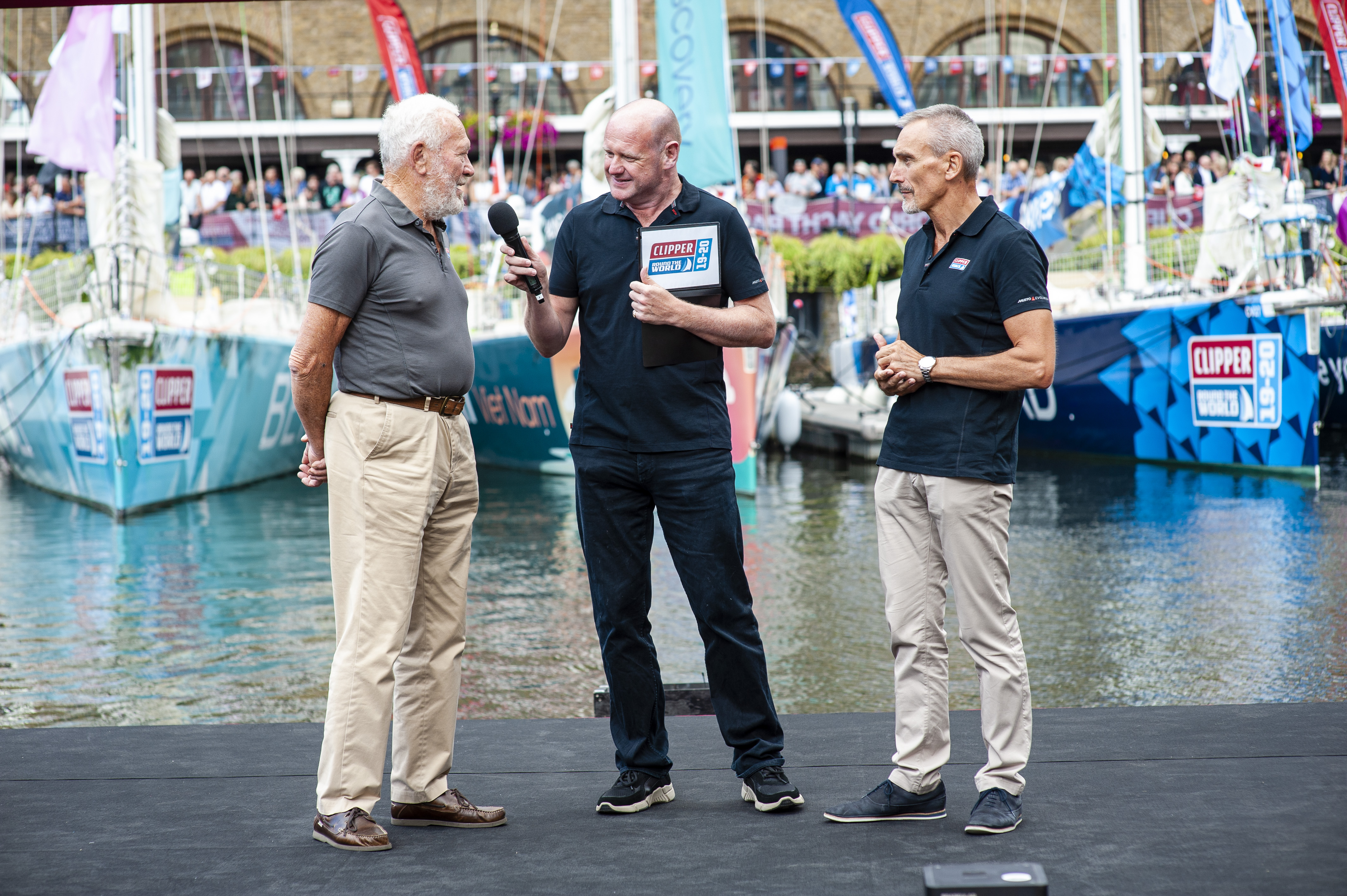 The celebration commenced when Clipper Race Founders, Sir Robin Knox-Johnston and William Ward OBE took to the stage. Sir Robin addressed the crew and watching crowds saying: “By the end of the race, you see crew standing tall. Take an 18 year old who is starting the race now, when they return in a year’s time, maturity-wise, they will be 24. They come on a huge amount. You see a change amongst all crew - you see their self-confidence grow when they’ve done something this special with their lives.

“Why paint your life in pastel shades? Paint it in bright colours and enjoy every moment of it! 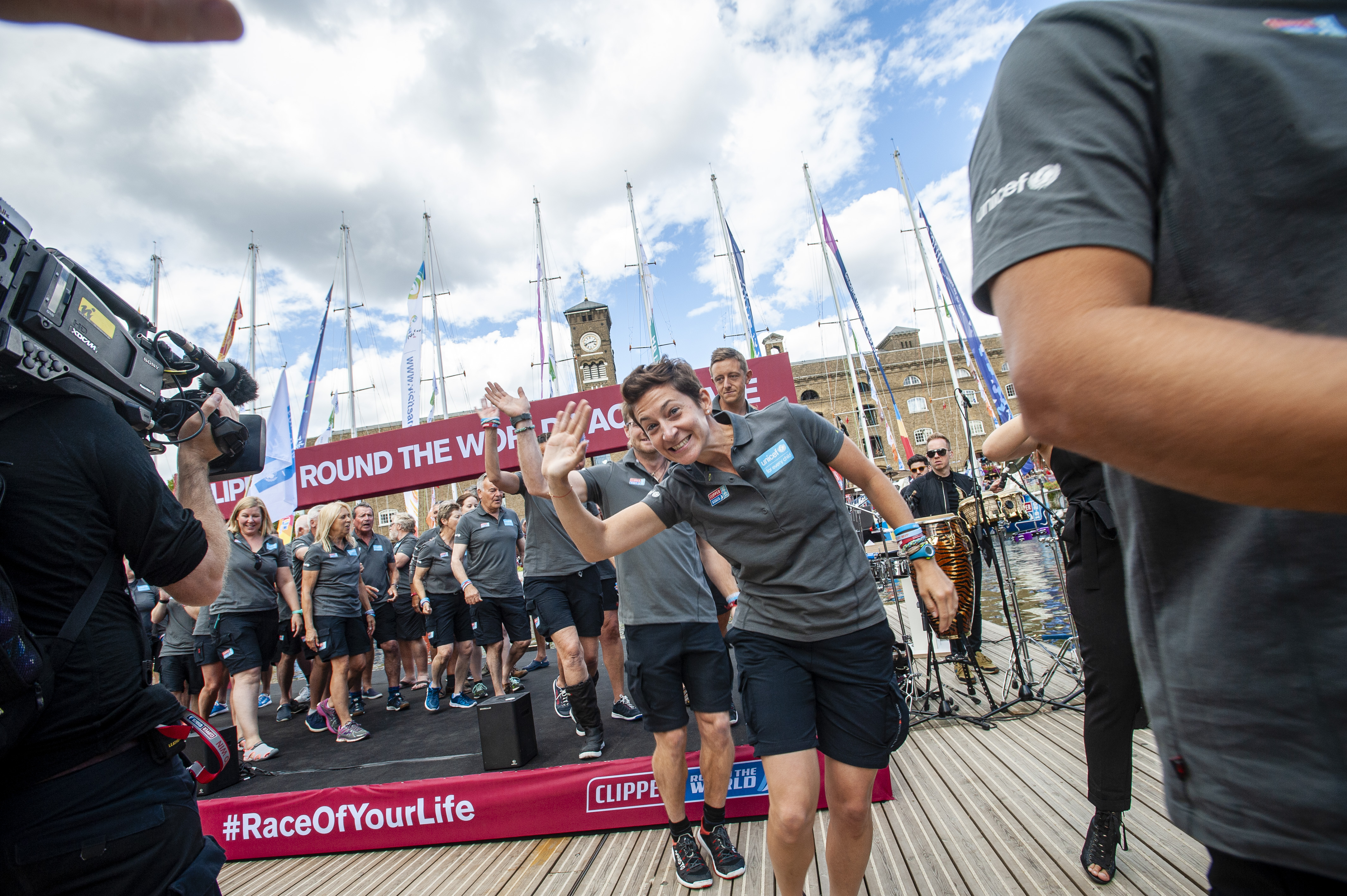 Each of the teams then stepped into the limelight, parading through the onlooking crowds and onto the Clipper Race stage to their chosen team song. It was then time to board their yachts and fasten their lifejackets ahead of the 40,000 nautical mile journey which will test crew both physically and menatally. Just before they headed off, the Sailors Society's Portsmouth Port Chaplain, Philip Chester, blessed the fleet. 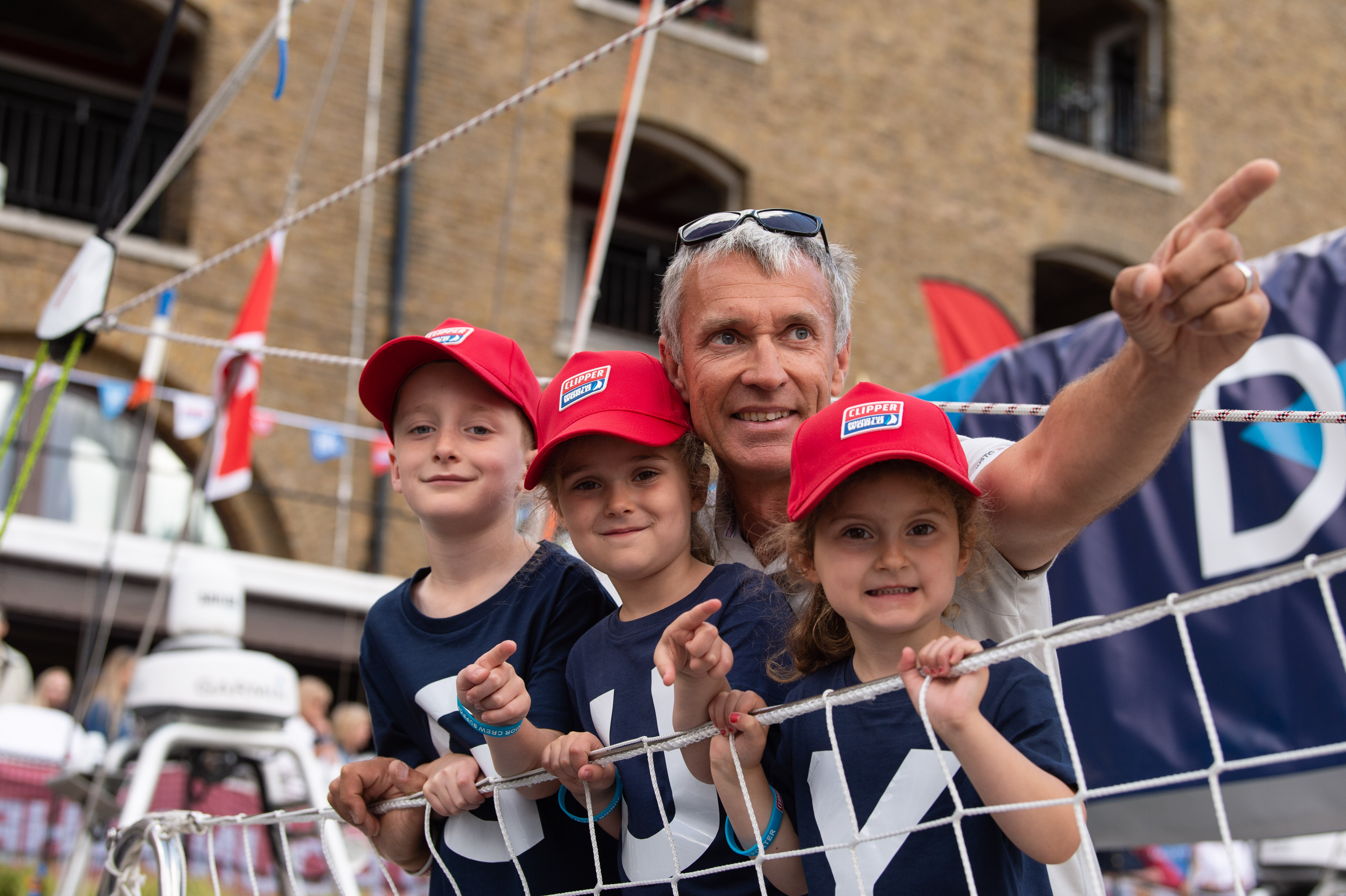 Emotions were running high with the final farewells. For many crew members this moment had been years in the making. After four levels of intensive training, Crew Allocation, team building, yacht preparation, delivery to London and so much more. Seattillite, Marcus Cox, who is racing around the world on his home city’s team yacht, Seattle, said: “You talk about doing the Clipper Race and it seems surreal and dream like, because it seems so far away.

“Then you do your training and then it’s like this is going to happen and when you finally get to today, where you're putting everything away because you're gonna go, it's like I can’t believe it’s here I’m doing it, it's amazing!” 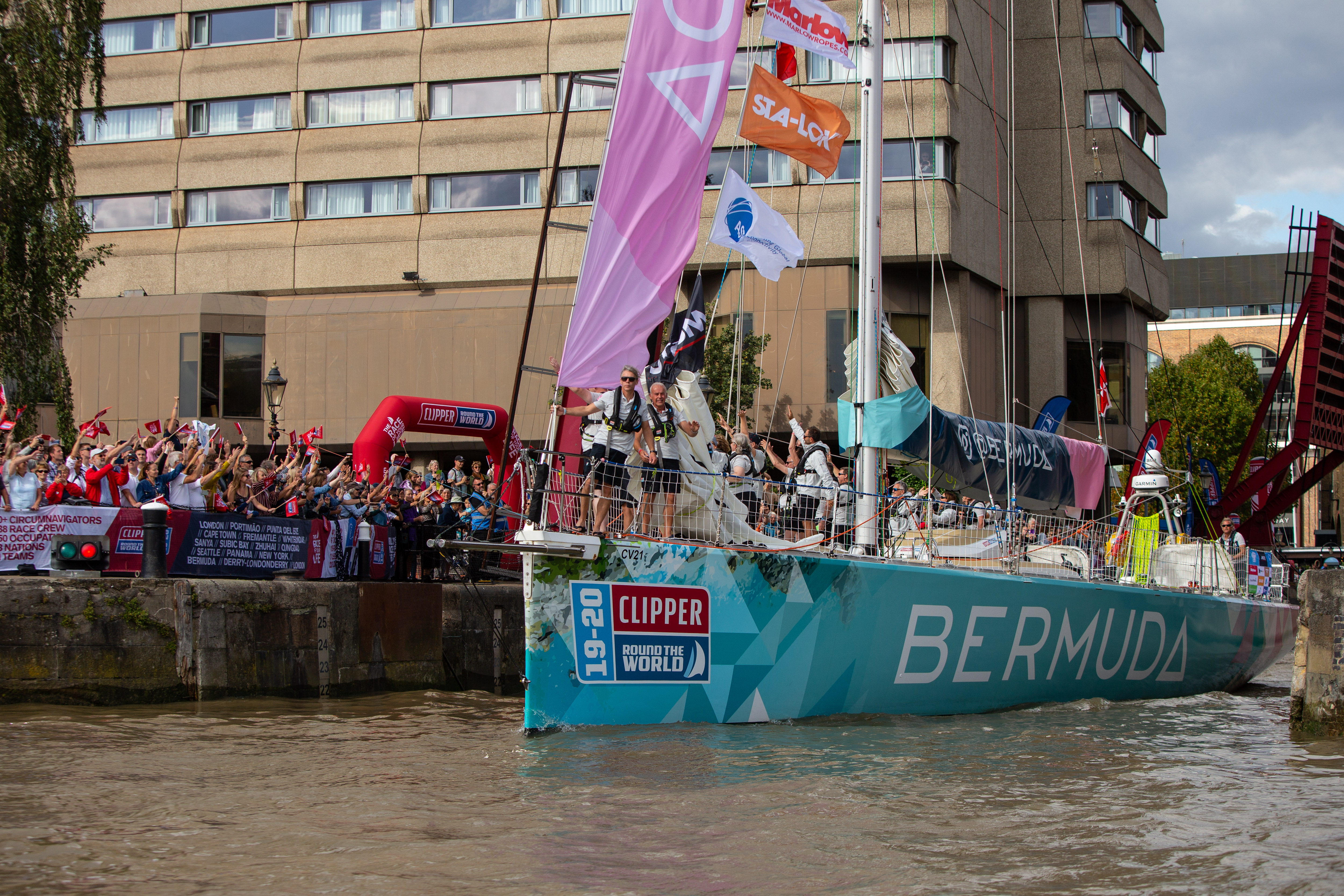 At 15:00 BST sharp it was finally time to slip lines for the 2019-20 edition. Up first was Punta del Este matching the sunny day with its even sunnier demeanor. Arms will be aching after all the waving as the rest of the fleet slipped out into the Thames concluding with the recognisable blue branding of Unicef.

Focus shifted to the river edge as, with banners flying, the fleet circled in anticipation for the first opening of Tower Bridge. A truly spectacular sight the yachts glided under the iconic british landmark before heading out to the Thames Estuary.

Spectator boats filled with loved ones got to be right in the heart of the action and be final ones to wave goodbye as the fleet ahead of the start of the first race to Portimão, Portugal.

Relive all the action below:

Skipper Thoughts ahead of Race 1

The Clipper 2019-20 Race Skippers have had their penultimate meeting ahead of the Race Departure ceremony from St. Katharine Docks, London tomorrow afternoon.After a busy week of naming ceremonies, public activations and final preparations on board, we caught up with them to reflect on what…