Sta-Lok regularly shines a light on Clipper Race Crew, sharing their crew diaries weekly across its social channels when the race is underway with the #StaLokSpotlight series. However, it’s time to turn the attention towards the Clipper Race Standing Rigging Partner by taking a look at why Sta-Lok is such an integral supplier to the global sailing race.

Standing rigging is the system of fixed wires (stays and shrouds) which supports a yacht’s mast and reinforces the spars (the mast, boom and bowsprit) against wind loads, and the compressive and bending forces, transferred from the sails. Whilst using some proprietary components, the Clipper 70 rig as a whole is unique to the Clipper 70 in its overall design, dimensions and specification. 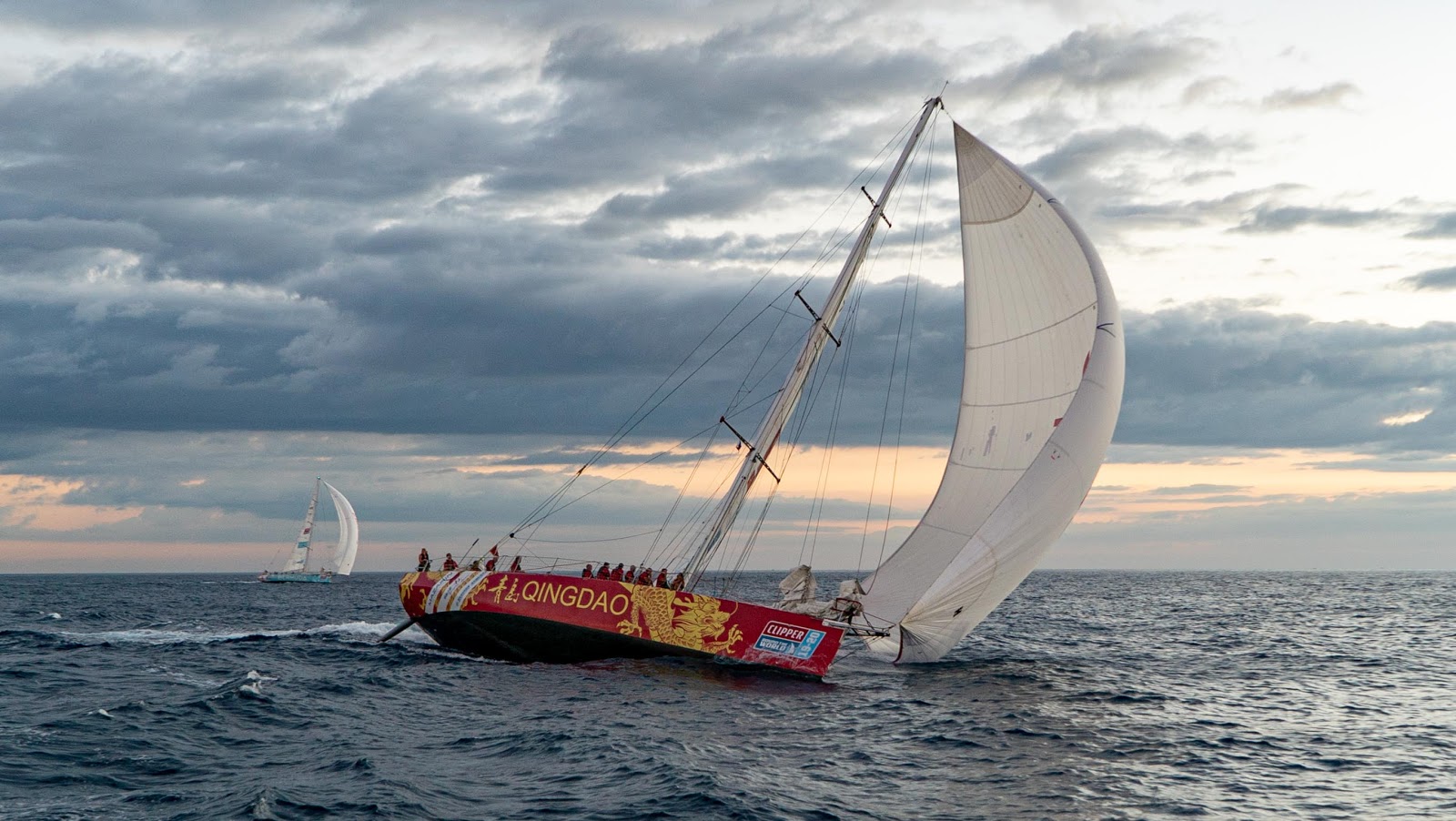 The Clipper 70 has a Bermudian masthead cutter rig. ‘Bermudian’ refers to the triangular, fore and aft orientated sails which are typical of most modern yachts. ‘Masthead’ refers to the fact that the forestay, the wire that runs from the top of the mast to the bow, is attached to the mast right at the top rather than a little way down, as is the case with a fractional rig. And ‘cutter’ refers to the twin headstays, the forestay carrying the larger headsails and the inner forestay for carrying the smaller staysail and storm jib.

Sta-Lok, a UK manufacturer specialising in the design, manufacture and supply of products and solutions for stainless steel wire ropes and tension rod systems, supplies the 450 bespoke fittings and 2150 metres of wire needed to kit out the Clipper 70 rigs.

Head of Clipper Race Maintenance and Fleet Operations, Simon Johnston manages the refit of the Clipper 70s ahead of each edition, and ensures the fleet is fully operational during each eleven month circumnavigation. He works closely with many of the Clipper Race Official Suppliers and says: “The quality and reliability of Sta-Lok’s product is established beyond doubt and its service and support is second to none.” 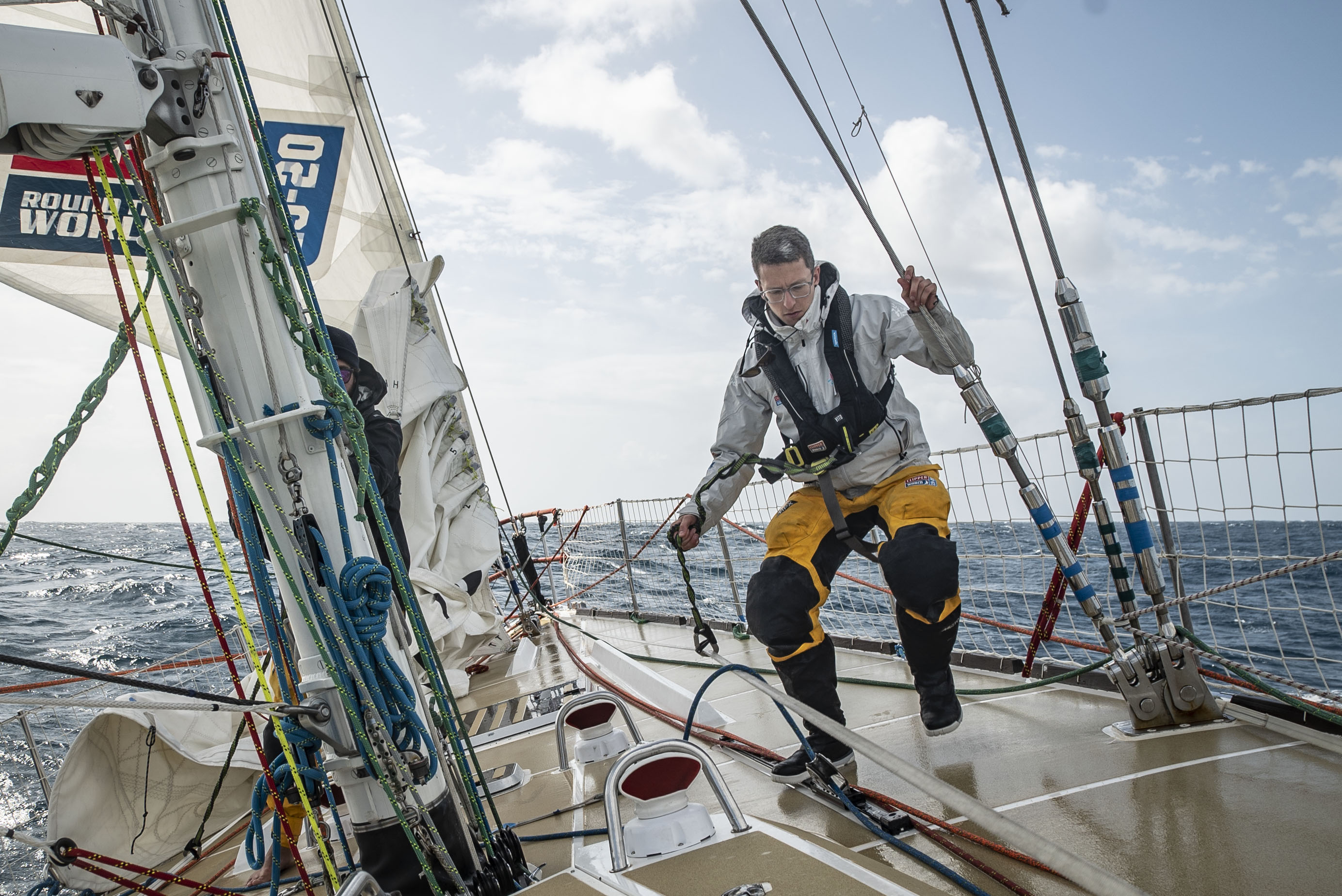 Ahead of each edition the standing rigging across the fleet is replaced in its entirety during refit. Whilst it is more than likely that the rigging could withstand two circumnavigations without failures occurring, due to the number of miles and severe conditions the Clipper Race fleet encounters during training and racing round the world, it is prudent to replace every edition. Due to the Sta-Lok components being made from high quality stainless steel all old fittings are recycled.

By its very nature, the Clipper Race circumnavigation puts the yachts and equipment on board to the ultimate test. Thousands of miles are sailed during training, then there’s over 40,000 nautical miles of racing across some of the toughest oceans, exposure, hurricane force winds and more. Simon explains what the rigging endures: “As well as the rigging needing to be 100% reliable for the half a million nautical miles of sailing that a full training and race cycle involves, it must also be dependable in the extremes which have ample opportunity to occur during the race edition. 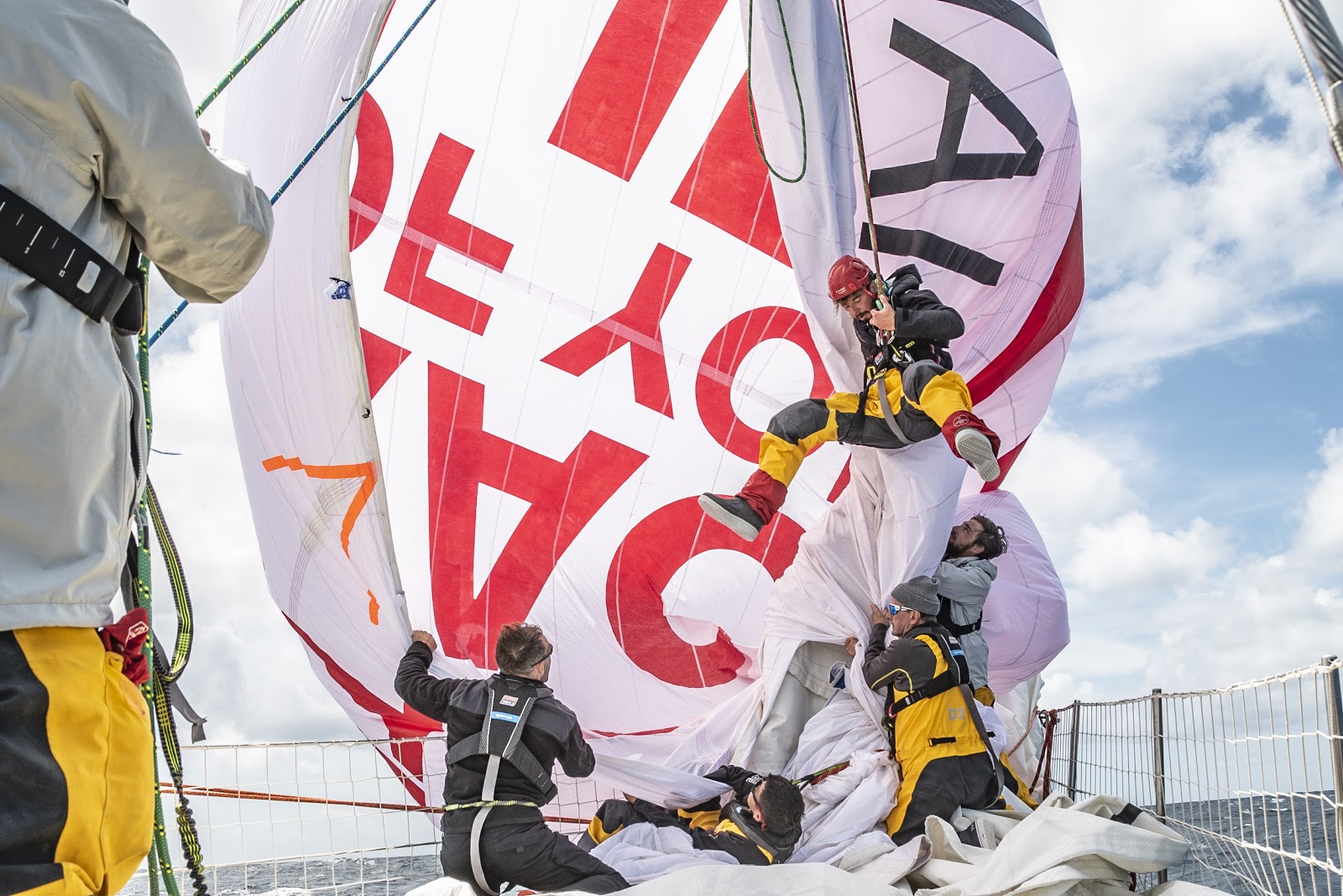 Over that sort of distance and the time at sea it equates to, there will inevitably be the odd kite wrap which shakes the rig until cleared, extreme weather events which can pin a yacht flat, and round-ups, gybes and broaches all of which give the rigging a hard time. We need to be confident that every single item of rigging, on each yacht, will cope with such events with capacity to spare. And we need it to do so from the first of the 50,000 miles each component is in use for to well beyond the last.”

In order to keep the rig in optimum condition the Race Skippers and Additional Qualified Person (AQP) regularly go aloft to carry our rig checks whilst at sea and when in port they are required to complete a rigorous, eight-page rig checklist which is completed by physically climbing the rig and checking every component and connection. In addition, all rigs are checked at every stopover by the fleet riggers. They’re looking for anything that’s not as it should be and may need attention. Which could range from something as small as a split pin (that is not much bigger than a hair grip) becoming displaced from its position, through to something as large as a crack developing in one of the spars, either of which can be equally serious if not addressed.

Simon said: “It’s important for the rig checks to be carried out regularly and with a high degree of accuracy and attention to detail as the failure or displacement of even just a single, small split pin can compromise the security of the rig. 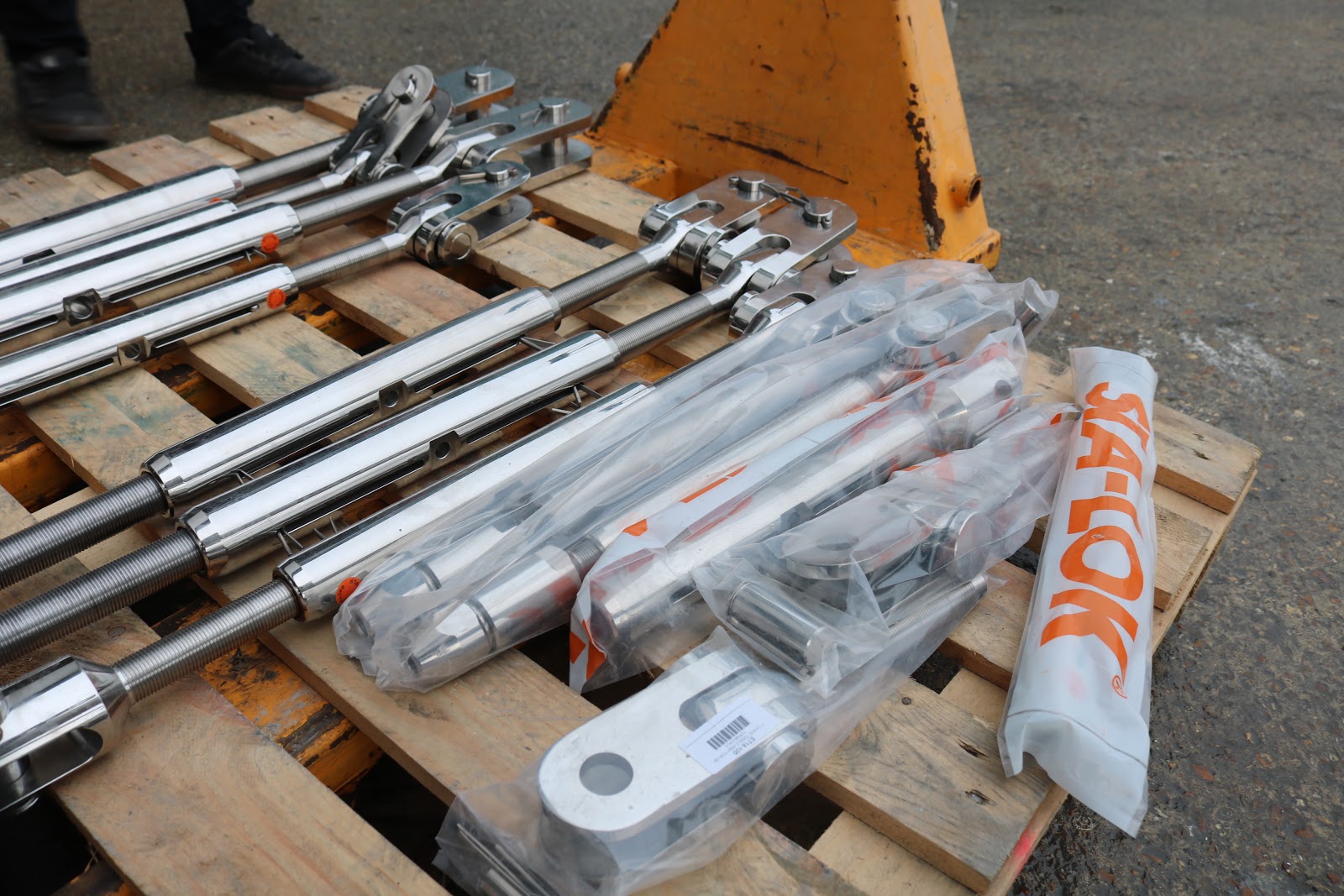 Standing rigging is ultimately there to enable safe sailing, but it can also be tuned and adjusted for performance. Due to the Clipper Race consisting of a matched fleet, all of the rigs are set up to the same tune with the same wire tensions and mast base pressures by the Fleet Riggers. The teams are strictly forbidden to adjust these settings as doing so may compromise the security of the rig.

The Clipper 2019-20 Race fleet has already sailed over 20,000nm but is currently residing in Subic Bay, Philippines after the race was postponed due to Covid-19. During this time until the race resumes next year, the fleet is being maintained by Punta del Este Skipper, Jeronimo Santos Gonzalez.

Simon reported: “The performance of the Sta-Lok standing rigging has been exemplary in the current race to date, as it was throughout the entirety of the previous race. 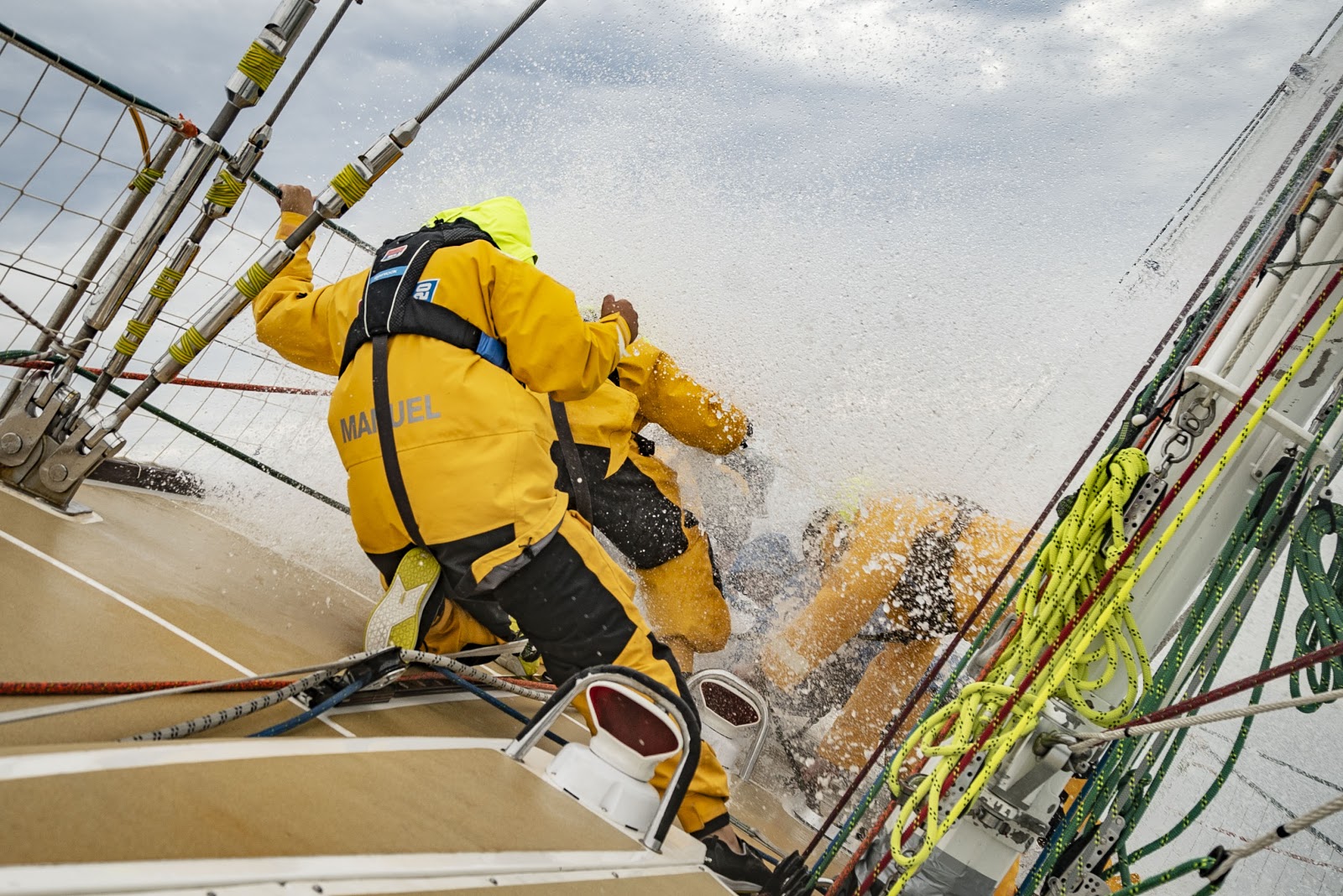 “Following the prolonged stop in Subic Bay, all rigs will be thoroughly checked by the Clipper Race Fleet Riggers and retuned to ensure that they are all matched when racing resumes.”

Visit Sta-Lok’s new look website and speak to the team for all your rigging or architectural solution needs.

For many when they think of ocean racing it is all about the big waves, big winds and difficult sea states, but light wind sailing can be just as tough. Whilst not necessarily as physical, light and variable wind conditions can be very mentally challenging,…

“This is probably the most extreme thing I will ever do in my entire life!” Says Ian Wang a 43-year-old,…

Marlow Ropes, Official Cordage Supplier to the Clipper 2019-20 Race, continues its drive towards greener practices with its…