On the fifth day of Race 4: The Marlow Southern Ocean Sleigh Ride, Qingdao has taken over the role of frontrunner from Ha Long Bay, Viet Nam, as the teams are beginning to feel the Roaring Forties effect; racing in fast, albeit bitterly cold conditions.

Skipper of Qingdao, Chris Brooks reports: “We've had some plain sailing conditions throughout the night and yesterday. The red and gold laced dragon has awoken and is coming for Ha Long Bay, Viet Nam, as if it were a frightened one-handed Jamie Lannister (for those of you that watched Game of Thrones). Ha Long Bay, Viet Nam is due north of us and the race is very much on.”

Without all the focus being on their immediate competition, Chris continued: “The rest of the fleet is sporadic but various options will become available so we must not forget them. We will keep an eye out for their tactics.”

Ha Long Bay, Viet Nam’s Skipper Josh Stickland reports: “Well, it's felt like the Roaring Forties today; grey sky, rainy and a dark sea. In the early hours of the morning, we got our Code 3 up, but had to bring it down due to broaching too many times, and we want to keep our Code 3 kite in some sort of working order so down she came and onto white sails. Then, guess who pops up on AIS? (a boat tracking system) ...the red dragon!”

Climbing the leaderboard is Imagine your Korea which is currently chasing the top two, in third place, under the leadership of Skipper Dan Smith. Dan said of their current experience on board: “Yesterday, we had a fantastic sail under Code 2 Spinnaker. After an exciting hoist, which could have gone either way, we spent a few hours hanging on with long surfs at over 20 knots, with the whole watch working hard to keep things under control. We swapped watches, giving the other team a crack at it. Both watches were working fantastically.” 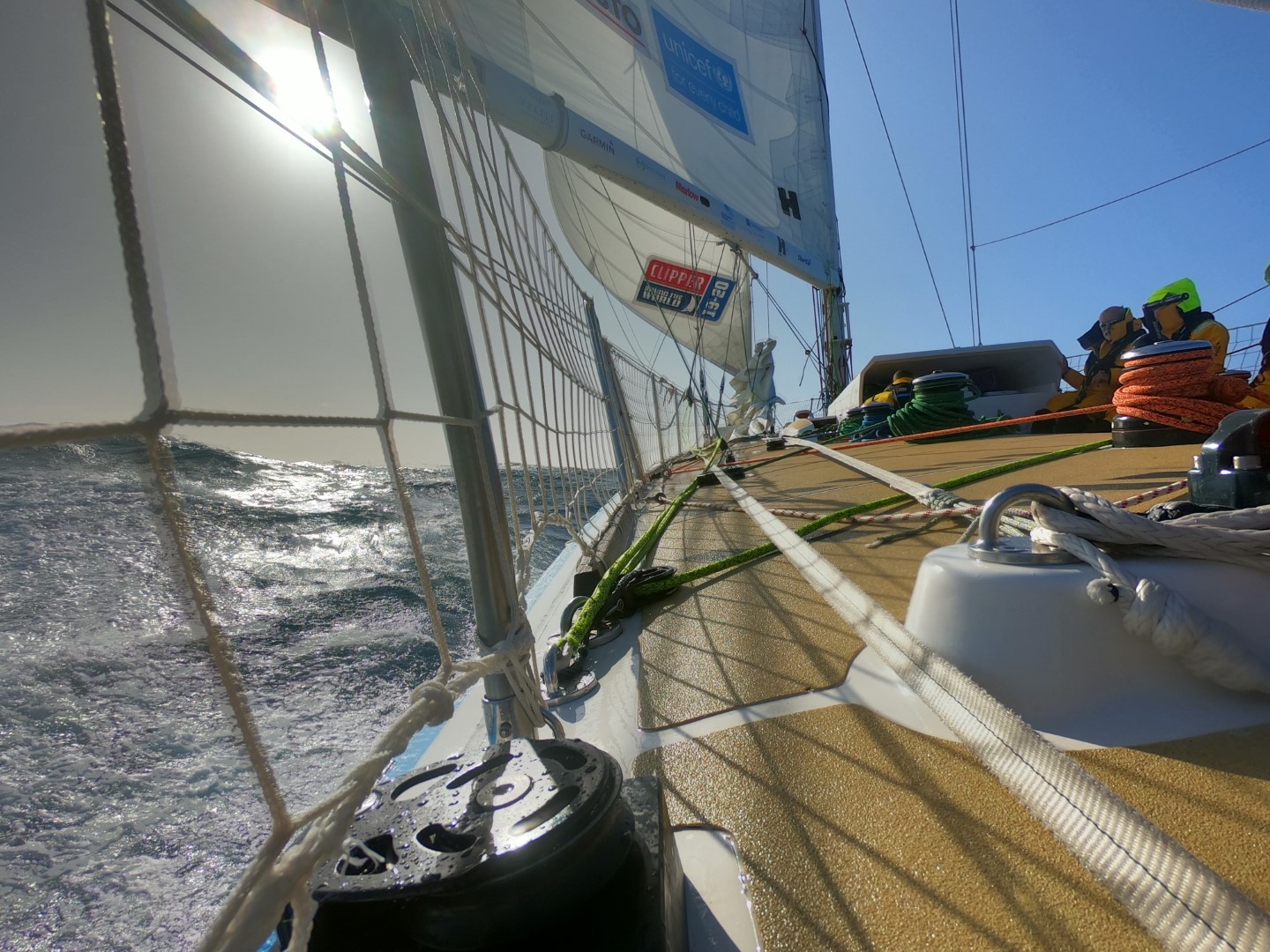 Reports from on board the yachts have been mixed; ranging from frustration to joy. Skipper Mark Burkes on board WTC Logistics reports: “On the sailing front, it's been frustrating, light airs and lumpy seas with gusts has been the order of the evening.” In contrast to “a beautiful and fast day”, as reported by Guy Waites, Skipper of Dare To Lead and “Another fun-filled day at sea. The weather has been from a really great 30 knots NW, to a lighter SW and everything in between, `` from Skipper David Immelman of GoToBermuda.

The majority of the racing fleet has reported extremely cold conditions, making night sailing a particular endurance test of its own. On board Zhuhai, Skipper Nick Leggatt reports: “The air temperature also decreased very suddenly. Interestingly, this also occurred three hours after passing the latitude of 40 degrees south, which meant that we are now in the infamous zone of the Roaring Forties, which is notorious for being particularly cold, windy and rainy. So far, it is doing a pretty good job of living up to its reputation!” 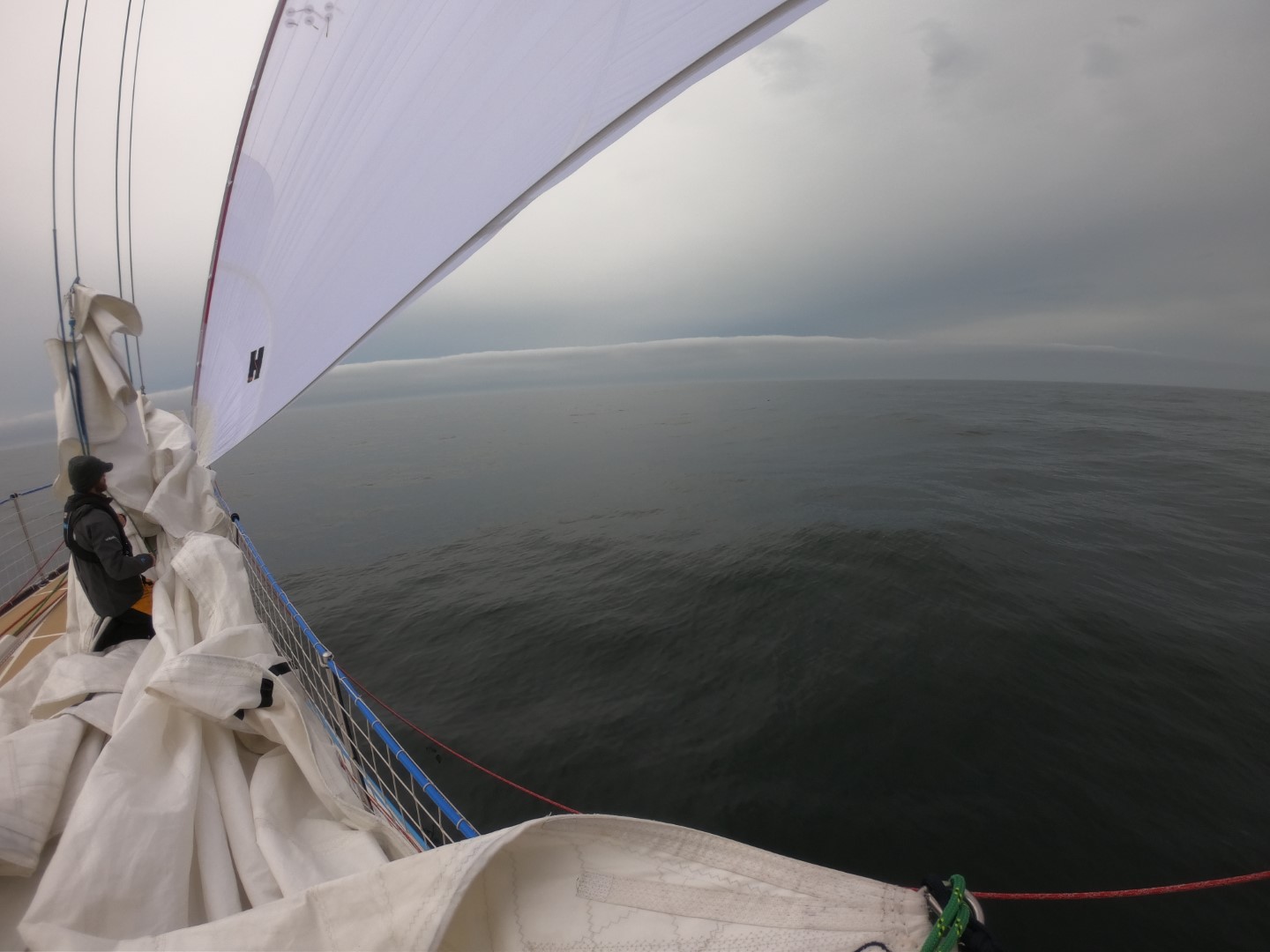 Whilst the fleet push forwards on the race to Fremantle, Unicef has stopped racing and is heading towards Durban, South Africa, due to a crew member, Andrew Toms, suffering from suspected appendicitis. Read the update here.

Keep an eye on the Race Viewer to see how the race unfolds and keep up with all the news from the fleet via the Skipper and crew blogs.