Just in time for Christmas! Get your orders in early via bookharbour.com for the specially priced box set of the two Clipper 2013-14 Race official TV series.

In addition to ‘Clipper Round the World’ our 9-part Sports TV series, we have just released our 8-part character-based human adventure series ‘Race of Their Lives’ on DVD – each is priced at £14.99 plus P+P, but can be bought together in The Boxed Set for just £24.99, plus P+P. That’s four DVDs packed with over 425 minutes of Clipper Race action from our 2013-14 edition.

The highly acclaimed TV shows have been well received by international audiences and capture every twist and turn of hard competitive ocean racing which, at times, can test the crew to the limit.

In ‘Race of Their Lives’ there’s an opportunity to explore why people take on the Clipper Race. It’s regarded as the toughest endurance challenge on the planet. Yet it’s undertaken by amateurs and novices: Corinthian adventurers who receive intensive training before embarking on the world’s longest ocean race. Discover the diverse range of characters who take on this huge feat of human endeavour; what motivates them and how they cope under pressure.

Hopes and dreams are on the starting line but the toughest test of human spirit is yet to come, from the crew member who is destined to become the first Chinese woman to sail around the world, but must leave her terminally ill mother at home to achieve her dream; the professional rugby player taking a year out to tackle the toughest oceans; to a restaurateur, an executive assistant and a project manager whose Clipper Race training ensures his survival after being lost overboard in the middle of the cold Pacific Ocean. 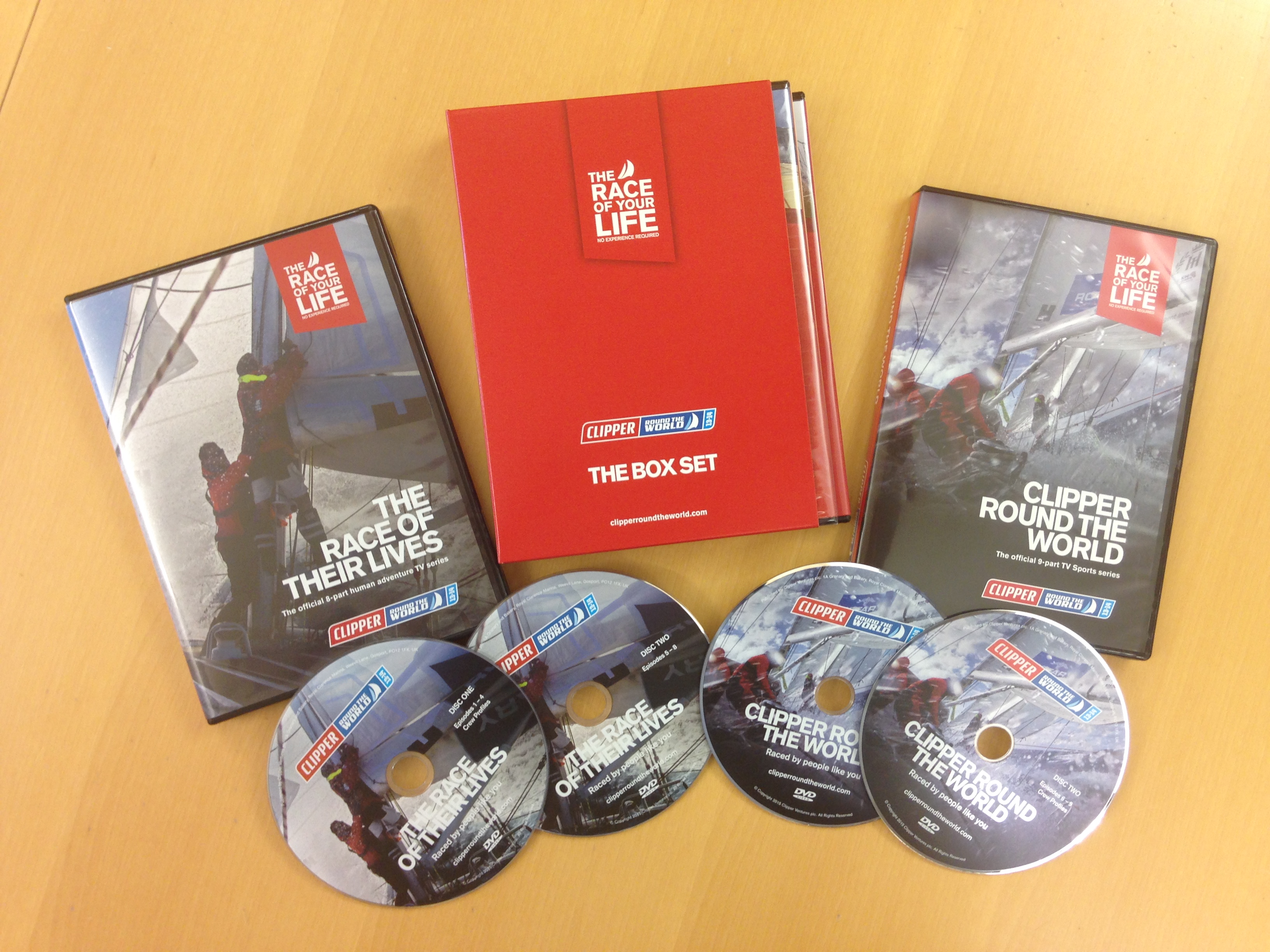 Excerpts from both ‘Clipper Round the World’ and’ Race of Their Lives’ are available to preview on our YouTube channel at www.youtube.com/clipperrtw

You can still catch the shows on various international television channels: Clipper Round the World is currently airing on Sky Sports channels every Wednesday at 9pm with numerous repeats throughout the week within their Watersports World hour.

For other global channels please check local listings for times: FOX Asia including Fox Sports and STAR Sports; plus Fox Sports/Foxtel in Australia; MNET/SuperSport in Africa including South Africa; TV3 in Portugal and within the ‘Hotwater’ strand on Nautical Channel.

In addition FOX Sports in Europe and Africa will also be transmitting both series as a precursor to the new season.

But to own your very own limited edition copy of The Box Set, simply log onto www.bookharbour.com now and order it today!

9 – 11 October: Visit us at the Scotland Boat Show

With more than 100 intrepid adventurers signed up for the 2017-18 edition of the race preparing to take on the experience of a lifetime, we are on the search for people from all walks of life to join them on their journey around the world…

As the crew arrive into Rio to start the next race of the series, this time could not have come…

Time for the Stormhoek Race to the Cape of Storms

The Stormhoek Race to the Cape of Storms gets underway on Wednesday 7 October. Compared to Race 1 it will seem like a straight sprint across the South Atlantic Ocean where surfing down swells of 20 knots will become the norm and bring huge smiles…

The World is Watching

The tenth edition of the unique biennial ocean challenge that is the Clipper Round the World Yacht Race, is set…