After almost eight months of racing around the world, the Unicef team came into its own when crossing the biggest and arguably toughest ocean on the planet, the North Pacific. Skipper Martin Clough and his crew stormed to the front of the fleet and in a closely fought battle overall race leader LMAX Exchange, managed to hold its position to claim second place and its first podium of the Clipper 2015-16 Race.

Circumnavigator Chloe Ford summed up the team’s emotions at the time: “We had high hopes and we knew we could do well, but we were also conscious it was a big leg, the weather would be bad and it would be very long so I don’t think we dared hope for anything too much really.

“Regarding our duel with LMAX Exchange, it was really helpful having someone so close and it gave everyone something to aim for, especially with its impressive record. During the bad weather the close racing gave us extra motivation. Martin is such an inspirational leader and we are looking forward to welcoming everyone else in here. We are not normally in that position and everyone comes to welcome us in, so we will definitely be making sure we do that this time.”

Unicef earned the right to welcome in the majority of the fleet in the following race too, placing third in the PSP Logistics Panama Cup from Seattle. The team also collected three bonus points along the way by being first through the Scoring Gate, which in turn meant it actually collected the greatest points tally of all the teams in Race 10.

The bond with Skipper Martin Clough was well cemented at this stage after he stepped in as a replacement for Jim Prendergast who left the race after having an operation in Australia. Originally only supposed to race in the All Australian Leg, Martin took charge of the team for the remainder of the race from Qingdao with Skipper Paul Atwood leading the team in the interim for Leg 5.

It was during the race across the Pacific that, like a few of his counterparts, Skipper Martin began entertaining race followers with tales of a fantasy life on board ‘HMS Unicorn’ as Captain Bornhowler and his team’s battle with Captain Kermit’s ‘Le Maximus’ (Skipper Olivier Cardin and LMAX Exchange). Everyday turned into a mini-series of the battle between the pair as they duelled in Races 9 and 10.

If you missed it first time around, here is an extract from Race 9, Day 15:

“Cast off Brailles…Sheet home…and haul away halyards, the scream of hemp running though blocks heralded the top s'ls and t'gallants being sheeted down into position and after the top s'l yards were set, the sailing master brought the company to bracing stations, Unicorns yards were braced to catch the brisk west nor wester and she powered up and to begin her new calling Capt Bornhowler and the crew of the Unicorn had been ordered to intercept and engage a French frigate called 'Le Maximus' which had just broken free of the blockade gate. She was a swift vessel under the command of Monsieur Capitan Kermit a determined skipper of renown.”

Relive the story through the rest of Martin’s blogs here.

Representing the Official Race Charity Unicef, the team has raised over £60,000 with special mention to Leg 8 crew member Simon Hayes who contributed more than £23,000 to the total.

For many of the crew, having the opportunity to visit the projects that Unicef supports around the world enhanced their race experience. In Da Nang crew members were invited along to a treatment centre for children suffering from Agent Orange, an after effect of the war in Vietnam. 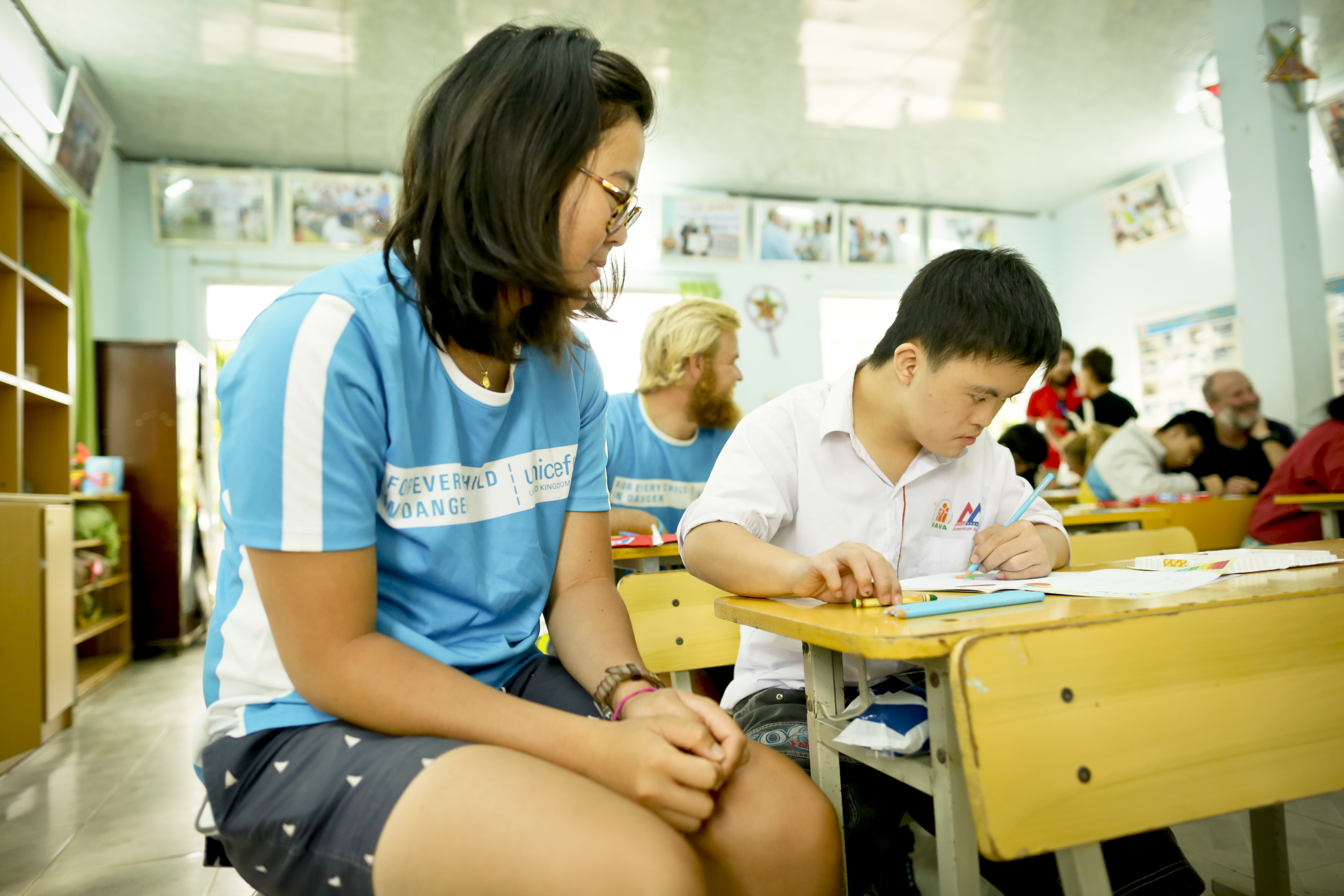 In South Africa crew members hosted children from an aids charity and took them on a day sail, while in Panama it was local youths who were trying to better themselves and avoid a dark future that potentially awaited in the city’s gangs.

Tzen Chia, the only Singaporean circumnavigator in this race edition, summarised what it meant to be affiliated with Unicef and representing the children’s charity in her round the world journey.

“It’s been a privilege to engage with other like-minded people working with Unicef, sailing with them at stopovers, sailing with children and seeing first-hand the work and collaboration that they do.

“In Qingdao, where we had a forum and explored ideas of living a more energy conscious life. In Seattle, we learned about the fit bit challenge to feed children suffering from malnutrition by transferring calories from the more developed countries to those less developed. They do good work all over the world and we are grateful to have been a part of it”

Unicef finished on a high at Race Finish in London by claiming the Stormhoek Social Spirit Award for Race 14 after a strong social media campaign to encourage followers to nominate them, a just reward for the team after all the challenges the race threw at them.

Thank you Unicef for bringing the carnival atmosphere to race arrivals and making us dance along to 'The Bear Necessities' while circumnavigator Neil Hadden blasted it out from the bow on his trombone, for the excellent job you’ve done in highlighting the need to protect children in danger all around the world, for never giving up and showing how determination and hard work can reap rewards. 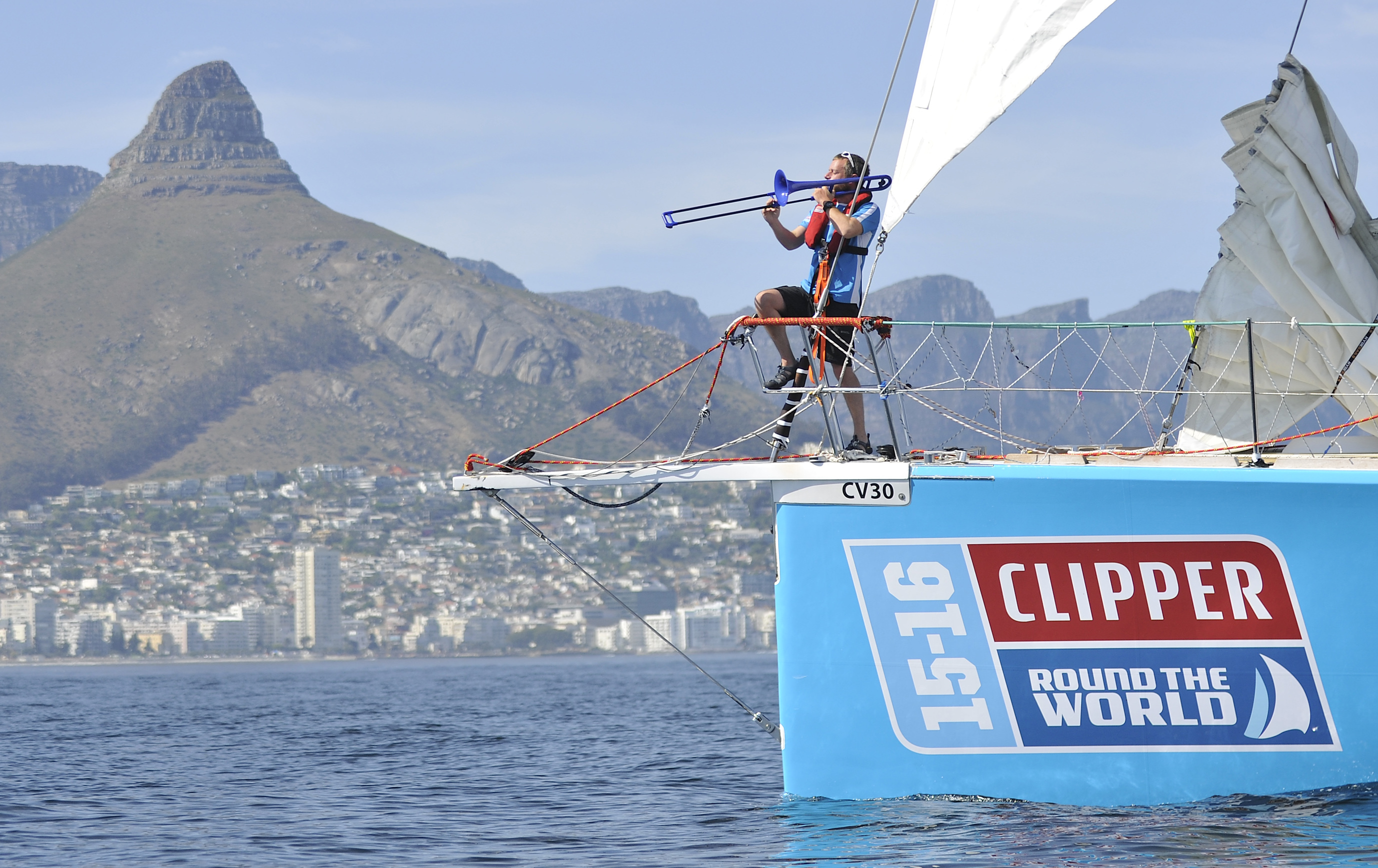 To read more about the Unicef crew’s adventures in the race around the world, reminisce by looking back through the crew diaries.