Today we can reveal that the world’s leading children’s charity, Unicef UK, has been gifted a team entry to take part in the Clipper Race once again.

The cost of the team entry has been donated by the race organisers to Unicef UK, which is also the Official Clipper Race Charity.

Clipper Race CEO and co-founder William Ward says: “As the Clipper Race approaches its twenty-first year of operation, I feel very fortunate to be in the position where I can gift the cost of a team entry to our official charity partner, Unicef, to support its vital work around the world.

“Just like the race and its intrepid crew and partners, Unicef has a truly global reach, working around the world to save the lives of the most vulnerable children, work that myself and the crew got to see first-hand during the last race edition. Not only do I hope that we can raise more funds and exceed our previous £323,000 total raised but together we can continue to positively impact the lives of more children in danger.” 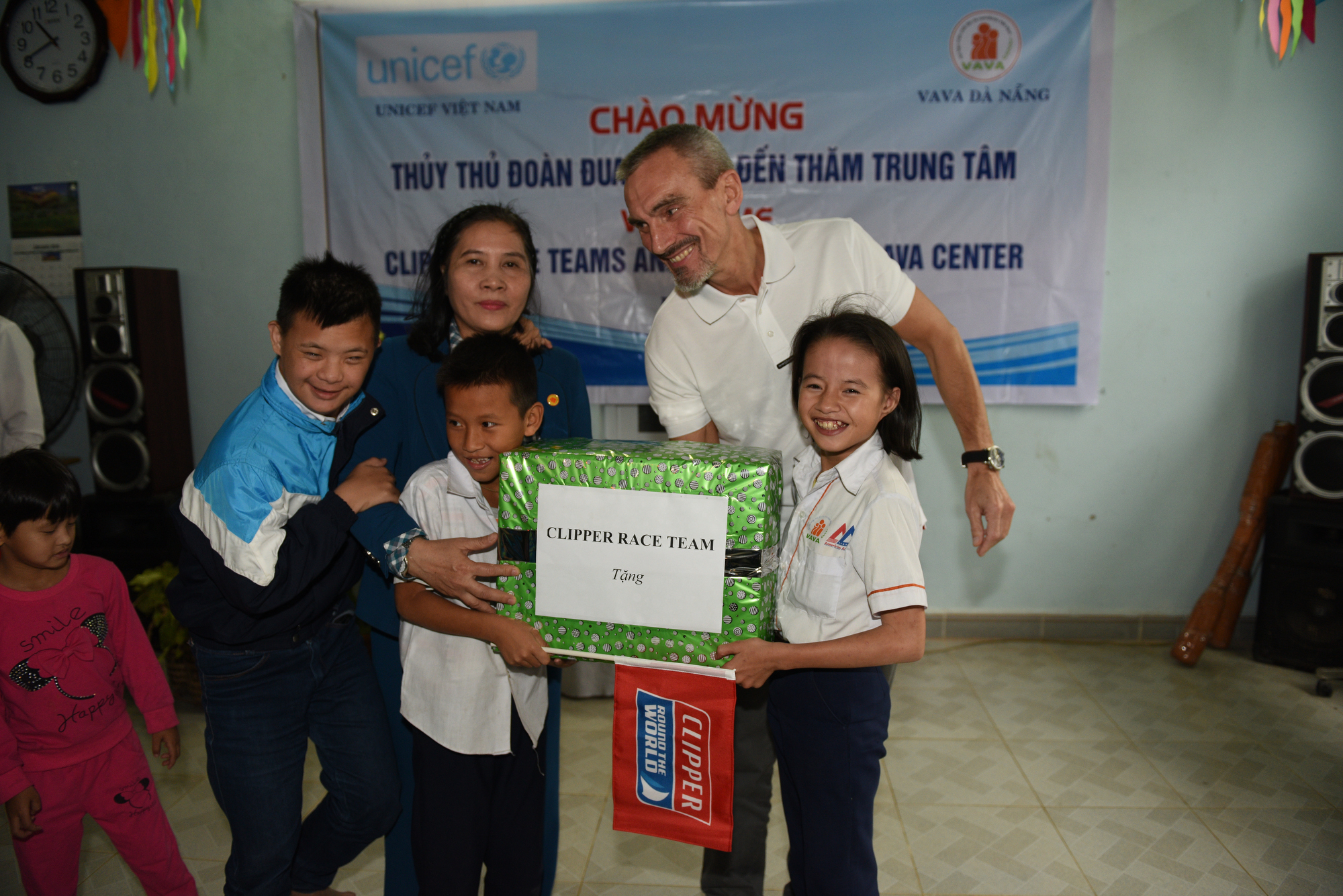 Clipper Race CEO William Ward at the DAVA Centre in Da Nang during the 2015-16 race.

Unicef operates in 190 countries around the world, including every nation on the Clipper Race route, and has done more to ensure the world’s children are vaccinated, educated and protected than any other organisation. The 2017-18 race will mark the second consecutive edition that the organisation has been gifted one of the twelve branded Clipper 70 yachts.

During the eleven-month-long ocean odyssey the Clipper Race crew and the distinctive blue and white yacht will enable local Unicef offices and projects to raise awareness of their work with the local communities and engage with their partners. 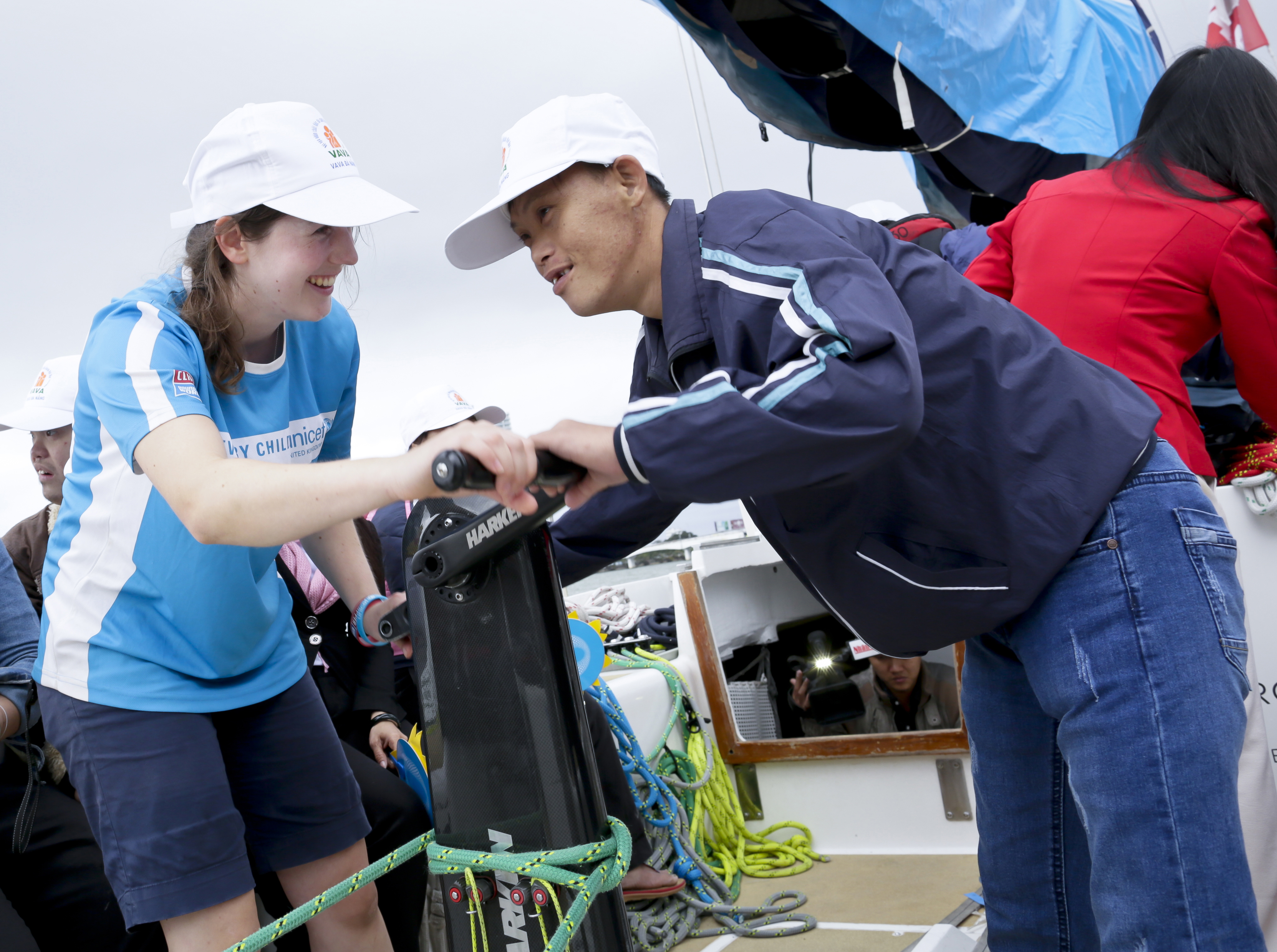 Unicef team host a boat tour for the DAVA Centre in Da Nang during the 2015-16 race.

“The generosity shown to us through the yacht donation, alongside the wonderful fundraising efforts of the amazing crew members taking part, will go a long way in highlighting and helping to resolve the many dangerous challenges lots of children around the world face every day; violence, disease, hunger and the consequences of war and disaster.”

Unicef has been the Official Clipper Race Charity since the 2015-16 race when its branded yacht entry became a fantastic fundraising emblem and generated much needed awareness and engagement around the world in destinations including South Africa, Australia, Vietnam, China, the US and Panama.

The Clipper 2015-16 Race and its supporters raised more than £323,000, helping Unicef protect children in danger, transform their lives and build a safer world for tomorrow’s children. Representing the charity on board the Unicef team in the 2015-16 edition race, circumnavigator Janice Tadros, an Australian Teacher living in London says: “When I found out that our yacht had been gifted to Unicef and we were going to represent the charity around the world, I was very proud to be part of the team and appreciated how as a team we could play a very important role in raising awareness of Unicef and its work. When I saw our beautiful blue hull, I knew we would be one of the most visible and easily identifiable teams in the fleet!

“During open boats in port, we talked to visitors about Unicef as well as our experiences. What we did during the race was inspirational to others and an excellent way to promote a global charity like Unicef. Something I noticed during the race, but also since our return, was how appreciated the work of Unicef is by those it helps. I had several experiences of people recognising the Unicef logo on our crew kit, doing a double-take, then breaking out into a broad grin, even high-fiving or saying what a great thing Unicef had been for them. It still happens, here in London.” 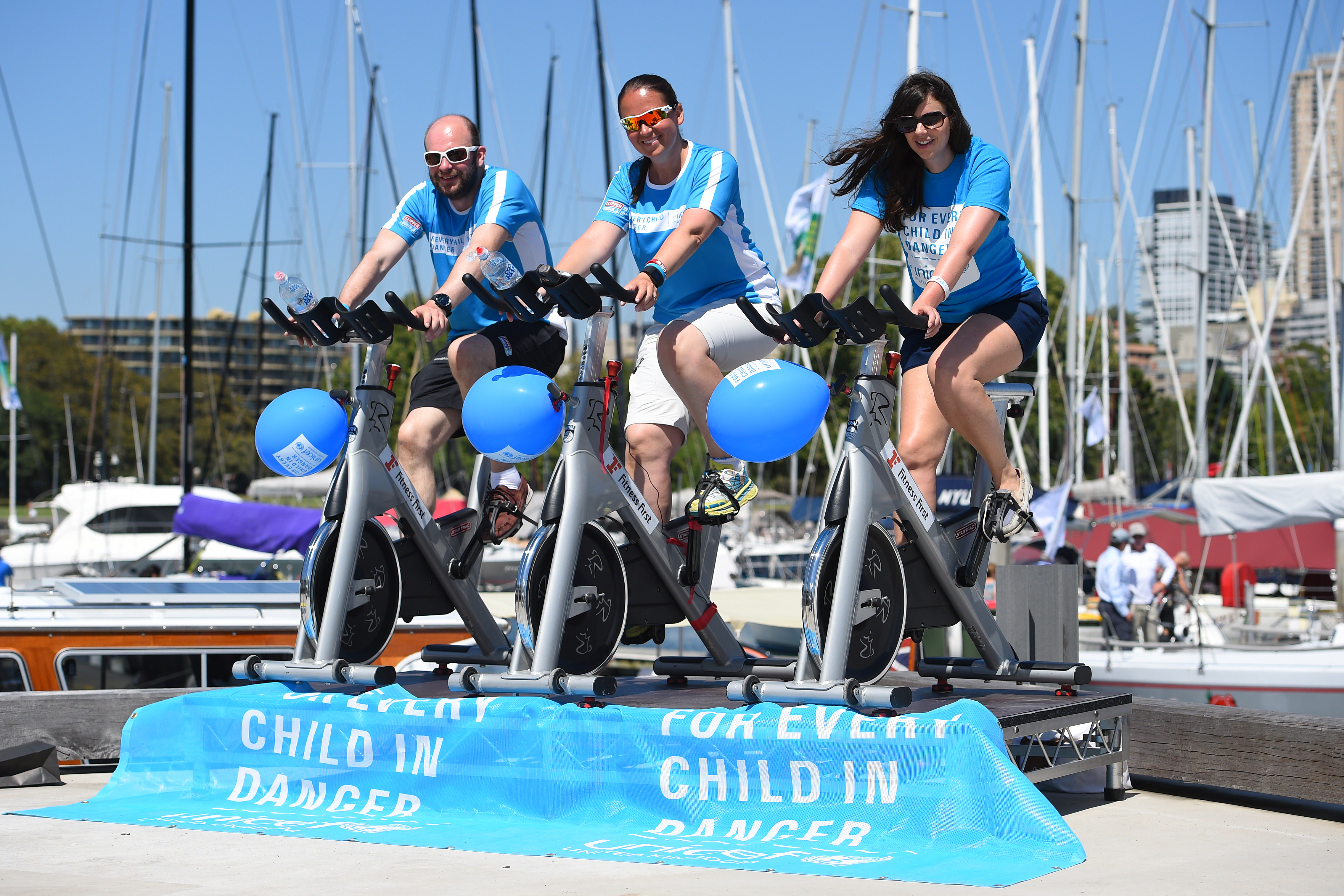 The Unicef team fundraising in port in Sydney during the 2015-16 race.

To those thinking of fundraising for Unicef, Janice adds: “The work Unicef does to support children in the poorest, most troubled areas of the world, is absolutely vital. The size of the charity and the fact that it operates worldwide is a huge plus in terms of gaining access to these areas and having the necessary infrastructure to support the work they do. Their work is never ending. The challenges we faced on the race are nothing compared to the lives lived by some of the children supported by Unicef.”

Approximately 700 crew members from more than 40 nationalities will participate in the Clipper 2017-18 Race and fundraising to help keep more of the world's most vulnerable children safe from danger has already begun, with an increased target of £400,000.

WATCH: The Clipper Race and Unicef partnership during the 2015-16 Race

To show your support and donate to Unicef, visit our JustGiving page here.

To find out more about the Clipper Race and Unicef, click here.