Now, just over two years on, they’re back competing on the same circuit again - but this time they teamed up to race together in the Class40 double handed Normandy Channel Race. Racing on the same team for the first time, the duo clinched an impressive 15th place.

We caught up with Hugo and Ryan just before the race began to find out what they’ve been up to, and how their roles as Clipper Race AQPs has helped shape and develop their careers as offshore sailors. 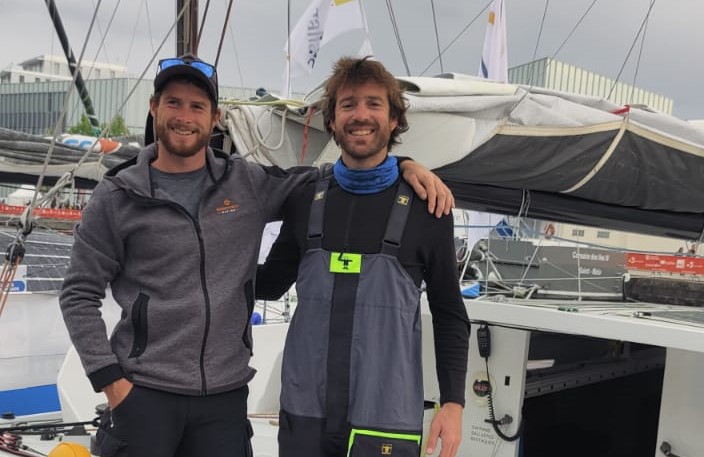 Ryan and Hugo, ahead of the Normandy Channel Race

Great to speak! What have you been up to since March 2020?

Ryan: I’ve been working on two Class40 campaigns - one to compete in the Transat Jacques Vabre (and became the first all-Canadian racing team to do so - Ryan teamed up with fellow Canadian and Clipper Race Crew Alumni, Melodie Schaffer). That took place in November last year, and we had a six to seven month lead up to get the campaign together beforehand. Since then, I’m onto the Normandy Channel Race, a 1,000nm long double-handed race around France and the UK, which is what Hugo and I are doing now.

Hugo: I have started a Mini Transat 6.50 campaign which included ten to twelve qualification races before the Mini Transat Race, a 4050 nautical mile solo race on the smallest offshore racing boats, in October and November last year. Now I’m moving on to technical side of racing, preparing yachts for racing, and that’s how I ended up on this yacht - covering for the Skipper who could not make it to the race.

Is this the first time you have raced together?

Ryan - Yes it is the first time. We have sailed this boat together before, we took it back to France from Guadeloupe as it was a competitor boat to one of mine in the Transat Jacques Vabre last year. But this is the first time competing competitively together.

Hugo: Yes, it was an 18 day transatlantic from Guadeloupe back to France, in delivery mode. It was fun - pretty windy. So we know the boat pretty well in delivery mode - so now it’s time to make it go fast! 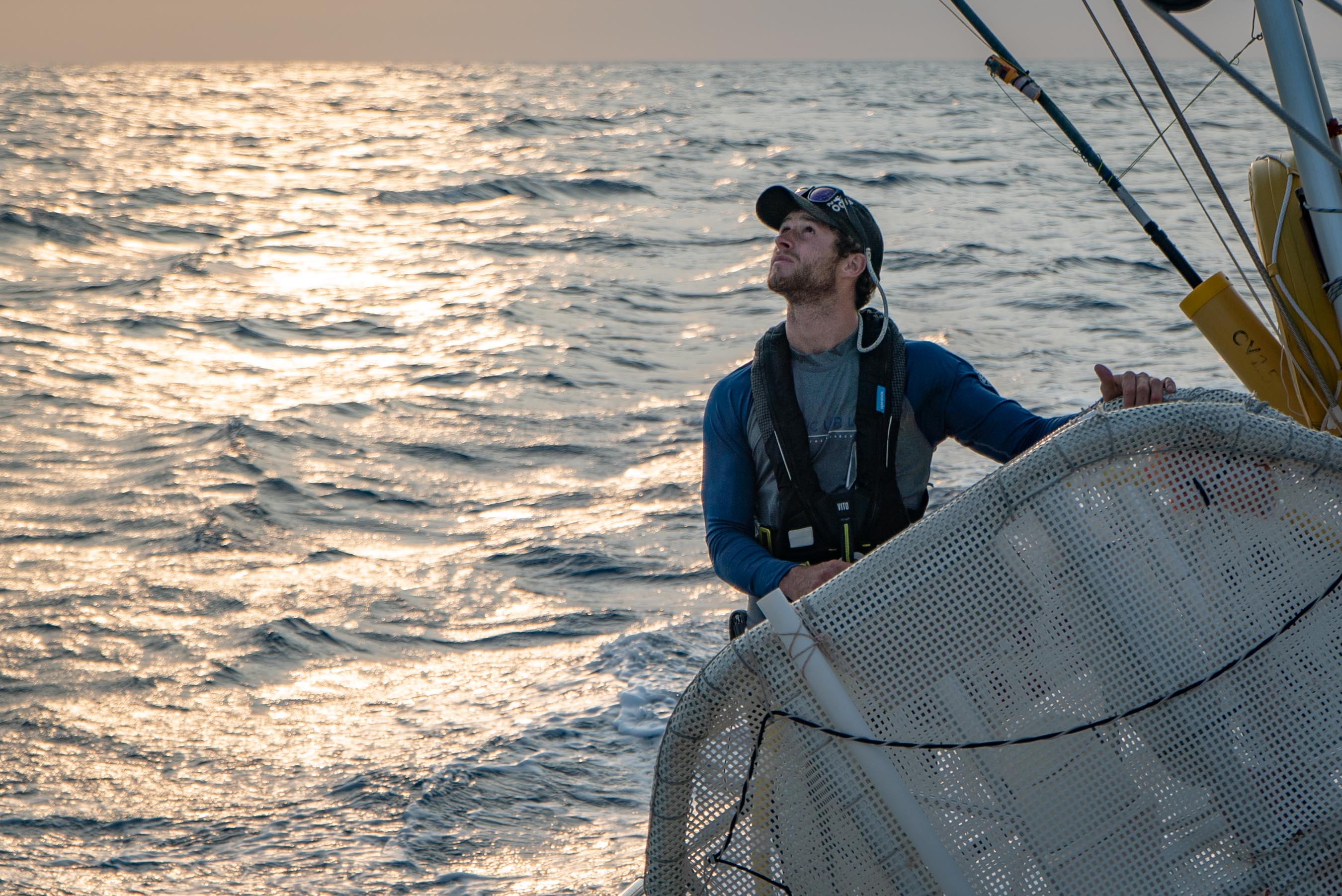 Ryan on board Punta del Este

Did you know each other before you were both AQPs on the Clipper Race? If so, where did you meet?

Hugo: We both worked for the same flotilla charter company before, so we knew of each other but we met in Gosport going for the Clipper Race AQP job interview in February 2019.

You previously raced against each other on two leading teams in the Clipper Race. What do you think each other's best sailing attributes are?

Hugo: Ryan is super good at feeling the boat, having the boat go fast. He listens to the mast, to the mainsail and communicates with the boat to make it go faster. 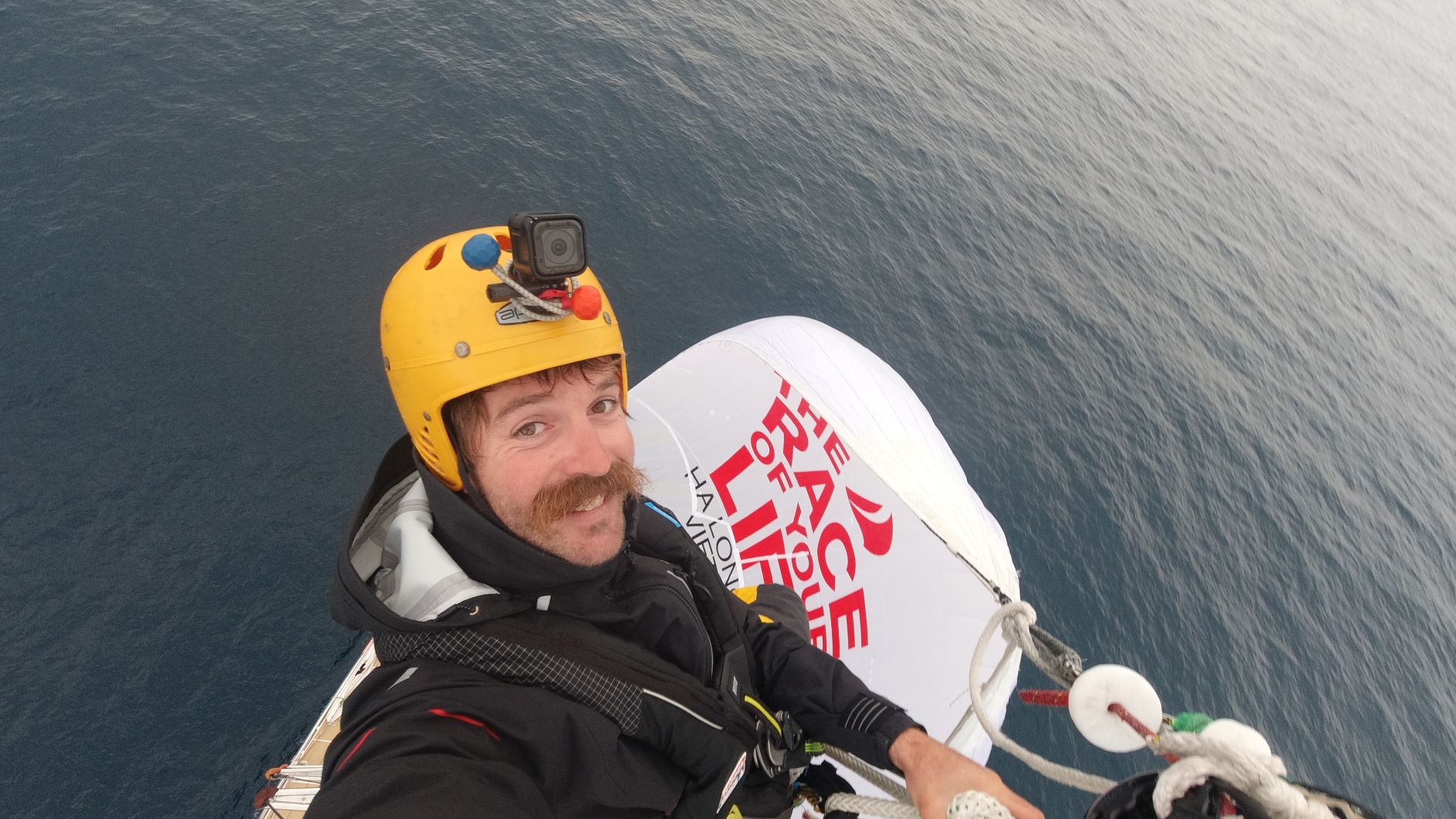 What preparations have brought you to the start line?

Ryan: I started on the boat almost three weeks before the race, working as Boat Captain for the owner. I spent the first few weeks getting jobs ticked off and preparing the boat. Then when the owner and skipper was unable to make it to the race, I got Hugo to come and join. Hugo arrived about a week before the race and we’ve just been pulling long days to get the final jobs ticked off. It’s the day before the race as we speak and we’ve completed the list, so we’ve done a good job to get everything squared away. 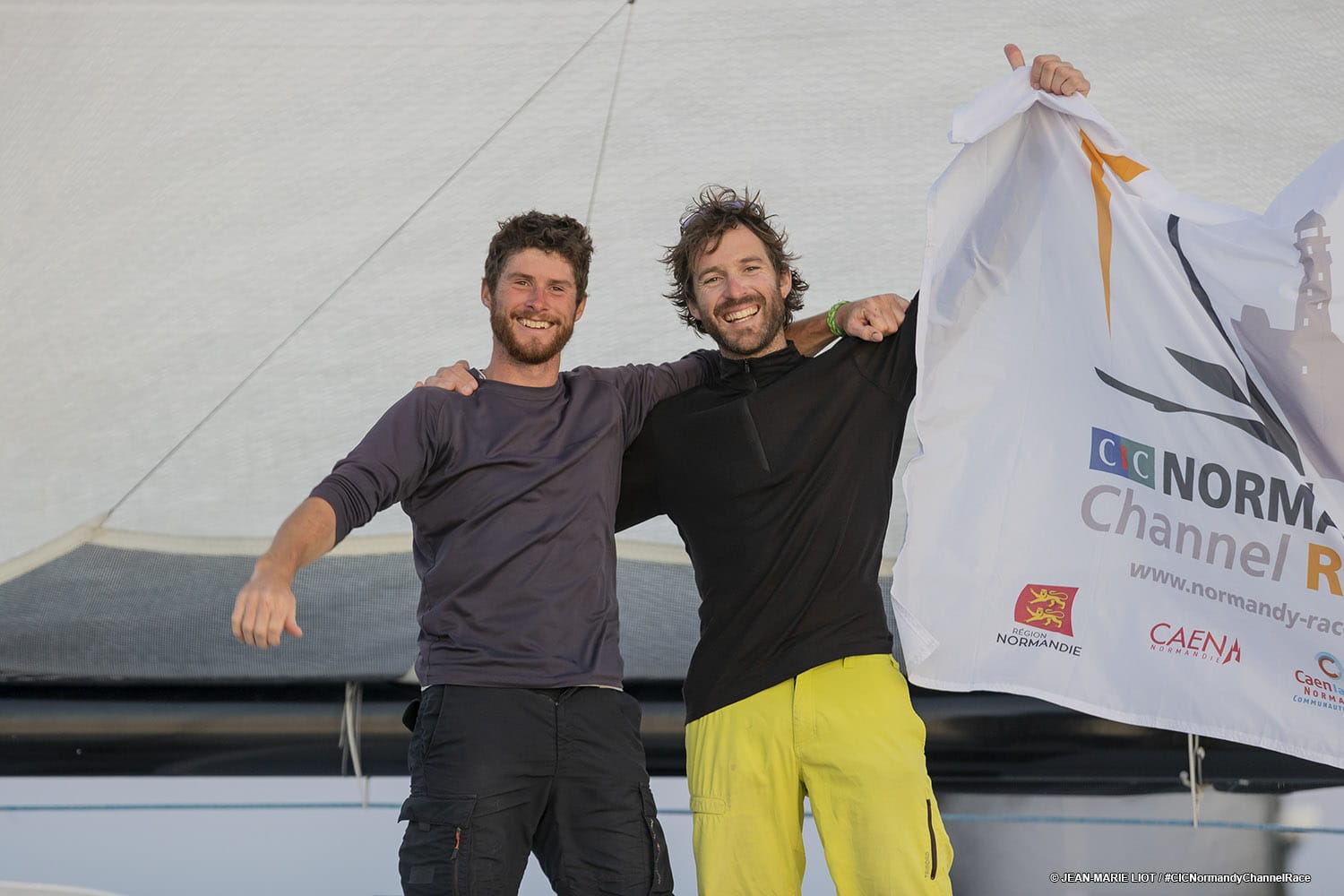 What challenges is this race likely to bring?

Hugo: It will be a really interesting race because we will be going around the Solent, around Land’s End, around the Fastnet rock. Tactically it’ll be hard, physically it’ll be demanding - lots of sail changes, lots of heavy upwind sailing. It’s definitely going to be a challenge on the tactical and physical levels. Also we have a good, but older boat. There are really strong sailing legends out here competing alongside us - lots of Figaro and IMOCA and Vendee Globe sailors - so we are going to do our best and watch and learn. For us, a mid-fleet finish would be amazing.

Do you still find time to follow the Clipper Race and stay in touch with your former Skippers?

Ryan: Yep! We both still follow the race tracker.

Hugo: I saw this morning that Ha Long Bay, Viet Nam has come back in the lead during the really light wind sailing to Panama. Light wind sailing was previously never our strong point, but they’ve come back and are doing really well! They could well have a chance at an overall podium spot!

Ryan: Yeah, I still speak to Jero (Jeronimo, Skipper of Punta del Este), I spoke to him just before the start of the last two races. He knows what he needs to do and he’ll be up there!

Hugo: No, that’s not possible!

Has the role of Clipper Race AQP helped to develop your sailing career?

Ryan: Yes! 100%. Working for the Clipper Race was great exposure to so many different things. It was such a good training ground and a great platform to build up your skills in all aspects of ocean and offshore racing and sailing. It’s an amazing stepping stone job for a career in offshore sailing. 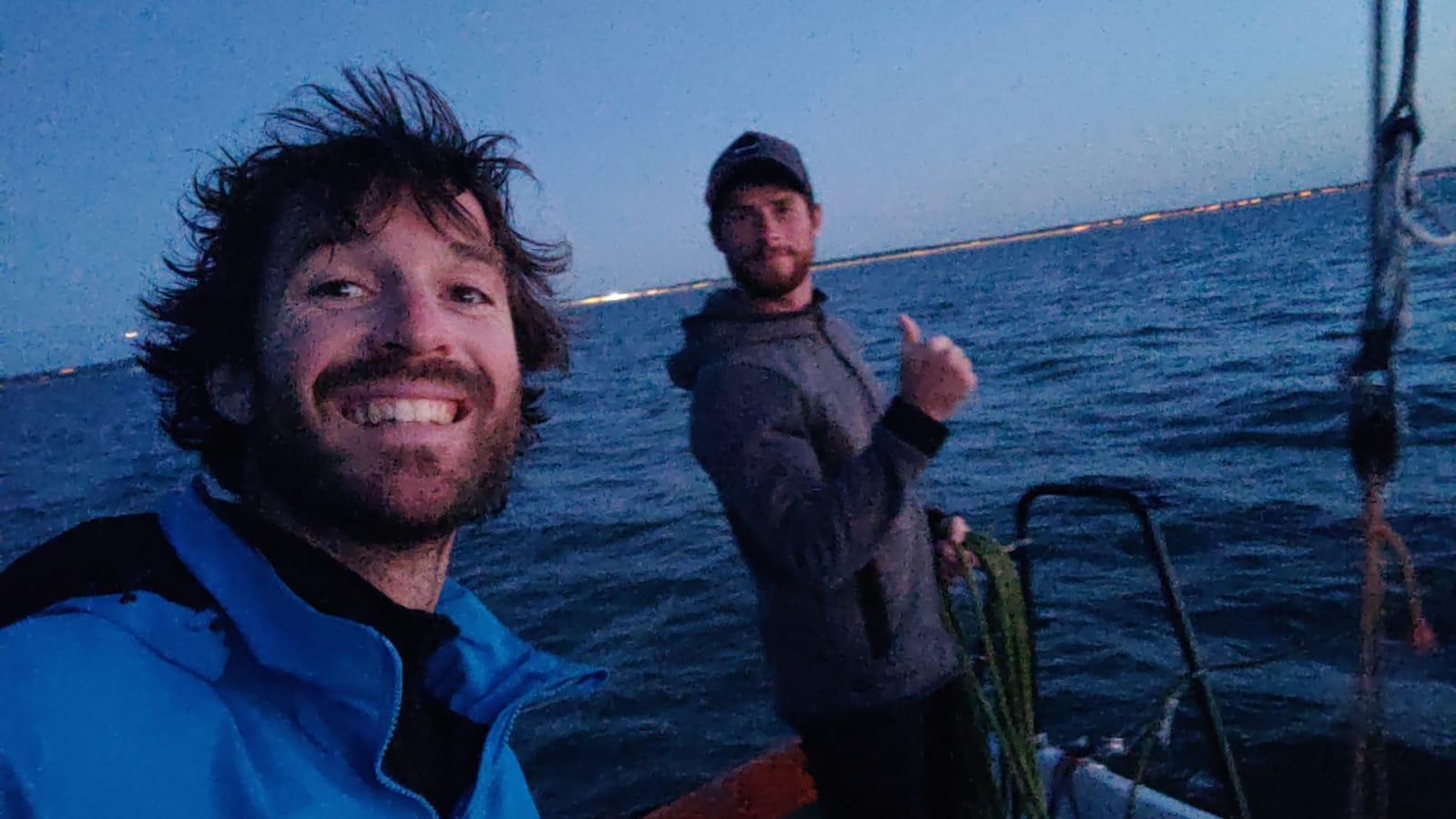 Just after the Finish Line on Normandy Channel Race

Hugo: Ryan wants to be the first Canadian to race in the Vendee Globe - so watch out for him in 2028!! And I hope more class 40 races are coming soon. Racing with Ryan was great, I think we make a good team. And on the 12 June I'll be doing the Mini Fastnet race with a friend

Want to make the next move in your offshore sailing career? Clipper Ventures is on the lookout for future AQPs. Head to the AQP job vacancies page for the full job spec and email [email protected] for further info.