Today marks the one month countdown to our 20th Anniversary Ball, which takes place on 15 October at the Grosvenor House Hotel’s Grand Ballroom, in aid of Unicef.

With crew and Skippers from all ten races confirmed to attend, the gala evening is already set to be the biggest representation of Clipper Race crew in our double decade history.

As we near this momentous milestone we are catching up with crew years on from their race experience.

First up we catch up with a crew member from the 2005-06 race. This was the first edition which circumnavigated from east to west. The route was altered to take account of the new Clipper 68 fleet which was faster than the previous fleet of 60s, and to take in stopovers at many of the sponsoring cities. For the first time there was a leg across the Southern Ocean between Durban and Fremantle, and a leg across the North Pacific, between Qingdao and Victoria, Canada.

Merseyside Police Officer Cath Roberts, now 49, took part in the 2005-06 race on board the Liverpool ’08 team, which came fourth overall.

Cath, how did you end up signing up for the race?
I first heard about it because at the time Liverpool was going to be the capital of culture for 2008 and the Clipper Race was leaving from the city and also had a team entry.

The race ran a competition with Liverpool Council to win a place on board and I applied, was interviewed and was offered it. However it was going to be publicised to the city’s local and international media, and being in a covert world of secrets as a police woman I couldn’t commit to the publicity so I turned the place down and instead signed up as a crew member as I could opt for no publicity instead.

Which part of the race did you compete in?
I signed up for Leg 6 from Victoria, Canada through the Panama Canal to Jamaica, but the boats ended up having to be lifted out of the water in Singapore which had an effect on my leave time with the police, so I ended up joining an earlier leg, starting in the Philippines and racing up to Qingdao, China and then crossing the Pacific to Victoria, Canada on board the Liverpool ’08 team. It was the hardest thing I have ever done but when I look back at it now it’s the most exciting thing I have ever done! 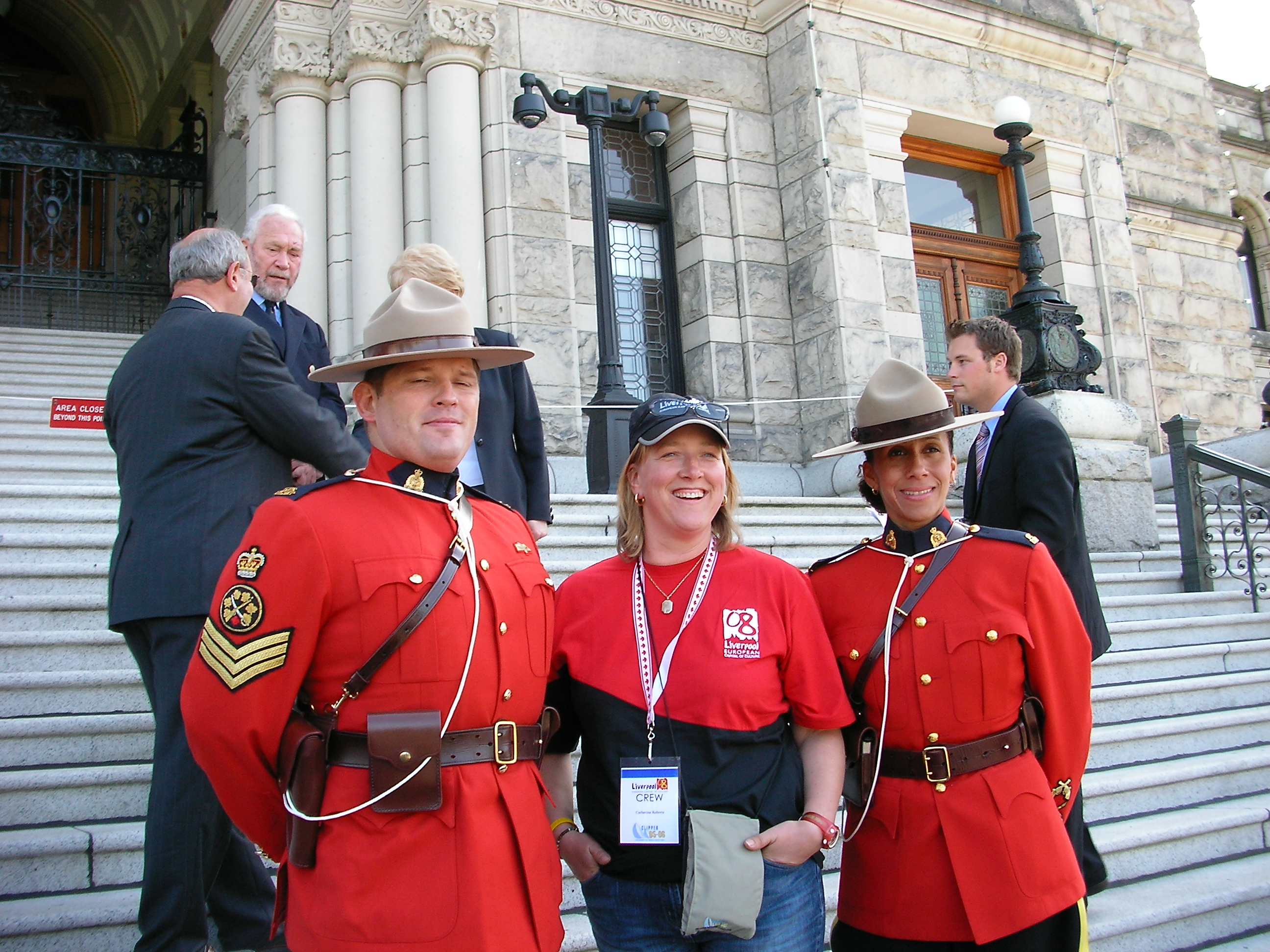 How do you remember your experience?
I had done some dinghy racing and crewing events but nothing that compared. I was a complete amateur really. When we raced from the Philippines it was champagne sailing, after about a week we encountered a storm and I remember thinking, what am I doing here? Everyone else was getting into their sleeping bags like normal and going to bed but the funny thing for me was the first two nights of the storm I slept in the galley because I wasn’t used to the boat slapping into the waves.

The people on the boat were amazing and crossing the Pacific, well by the end of it - it didn’t matter what the weather was doing, all I wanted to do was go to bed, zip myself up in the sleeping bag, it was all about getting used to how the boat handles. I do laugh about that looking back.

It was a challenge, it was hard, it was good though. You encounter such a mix of emotions on the race but overall it was fun. I did get off the boat and say I would never go sailing ever again, but after a week that had changed and I wanted to get back out on the water. Going back to work was no different but I did miss the buzz and the excitement of the race and every so often you still do. 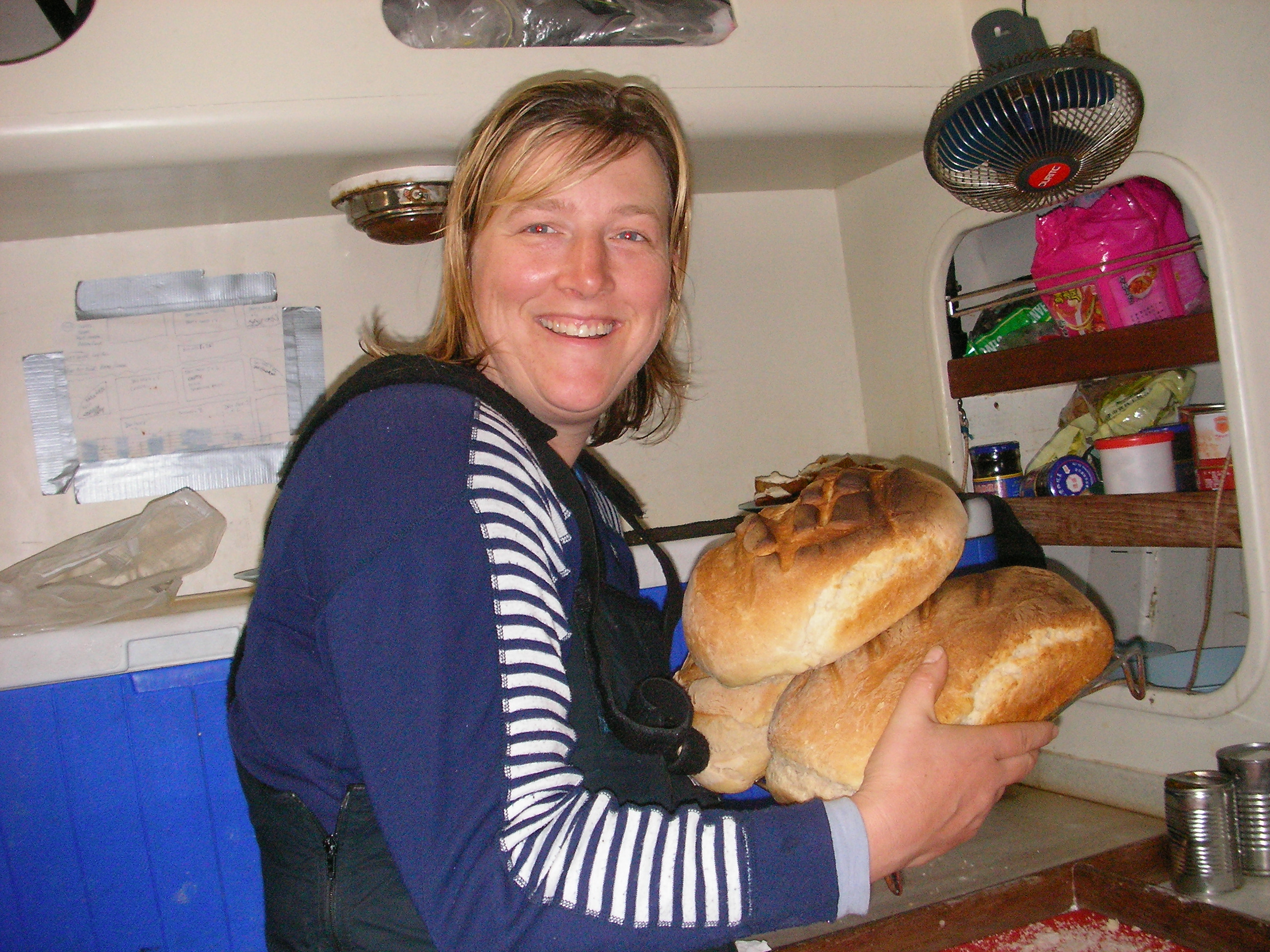 You are set to leave the Police after 30 years, do you have any plans for post-retirement yet?
When I do eventually retire I would like to do something completely different from my current life that is a little less stressful and a little more fun. I would like to get back on the water and do more sailing. I am going to buy myself a campervan too and would like to do some seasonal work in Europe and travel around. I have actually ummed and ahhd about whether or not to sign up for another leg of the race!

Have you continued to follow the Clipper Race?
I follow the race on social media, that’s how I keep my eye on what’s going on, and I watch the TV series too. It seems that from the race media-wise and attention-wise worldwide it’s a lot more slick and a better-oiled machine now.

20 years is a long time for it to have been running, I think it’s amazing that it’s such a big global brand now and lots of people getting involved from all over the world. So many people’s lives have changed because of the race, and it has led to so many marriages too! It is a family in so many senses of the word.

What factors led to you deciding to attend the 20th Anniversary Ball?
What I like to see is that no matter what race you have been on, when everyone gets together with their red jacket on, no matter what year it has on its sleeve, whether you know them, it doesn’t matter, you all chat about your experience and that’s my overriding look back. The comradery is amazing. I am sure when I get to the ball we will all be talking about our races.

In the lead up to the ball I have also signed up to Red Socks Regatta with the Clipper Race Yacht Club so will spend the weekend with a mix of crew from across race years which is a big step for me, I am starting to do my own thing again now, the regatta, the ball and then other stuff when I retire – I can’t wait!

Join Cath and crew from across the decades at the 20th Anniversary Ball on 15 October. Tickets are available until 23 September. The evening includes a sumptuous three course dinner and wine pairings, all served in the prestigious setting of the Grosvenor House Hotel’s Great Hall and entertainment. Click here to find out more and book your ticket.

There are also still places available for the annual Clipper Race Yacht Club Red Socks Regatta on the weekend of 7th to 9th of October. Eight Clipper 70s, a Clipper 68 and a Clipper 60 will take part with over 120 former crew members already signed up. The weekend starts with a BBQ at Hardys, Haslar Marina, on the Friday evening and the deadline has now been extended to 21 September due to extra demand. Visit the CRYC Facebook page to find out more, or contact Emily Caruso to sign up.

The Race of Their Lives 2, the documentary series following the Clipper 2015-16 Race will air on Sky Sports 5 in the UK from Monday 12 September at 2100 BST for the next seven weeks. The award winning documentary is being aired weekly…

Over a month has now passed since the end of the Clipper 2015-16 Race. For some that will feel like a lifetime ago, and for others mere moments. While armchair supporters could still be staring blankly at the Race Viewer at odd times of…

Over the next couple of weeks Della Parsons, our Crew Recruitment Manager and circumnavigator extraordinaire, is touring Australia and New…