British sailors unite to support Sailing is GREAT for Unicef

It is no secret, at the Clipper Race we really, really love sailing and British ocean racing legends Sir Robin Knox-Johnston, Dee Caffari MBE and Ian Walker are all throwing their support to an exciting fashionable cause run by the GREAT Britain team to benefit the race's official charity, Unicef, and to get Britons talking about why sailing is GREAT.

GREAT Britain Skipper Peter Thornton and his team have launched special, limited edition t-shirts, emblazoned with ‘Sailing is GREAT’, in return for a £15 minimum donation to Unicef, as part of their team’s fundraising efforts. With half of the 800 already sold, these shirts are fast becoming this season’s must have item. 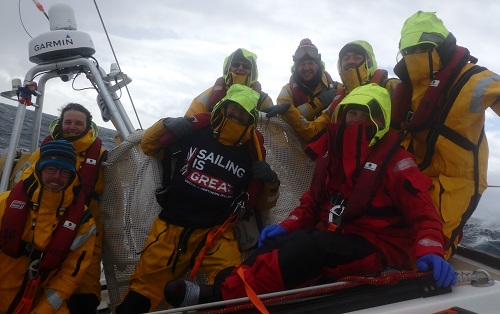 (GREAT Britain crew pictured in the middle of the Pacific Ocean)

Clipper Race Chairman Sir Robin Knox-Johnston, pictured in headline image with Clipper Race co-founder William Ward, commented: “I’m very impressed with this initiative led by the GREAT Britain team. We are a seafaring nation with many famous sailors throughout history, so it is absolutely right to say ‘Sailing is GREAT’. The Clipper Race illustrates this and I hope the t-shirt gets people talking about our love for this sport as well as raising vital funds for Unicef.”

Dee Caffari MBE, the first woman to ever complete a circumnavigation, solo, non-stop, the ‘wrong’ way around the world, was enthusiastic about joining the cause. Her love of the sport is summed up as she explains: ‘Sailing is GREAT because it can take you to some amazing places and you get to meet some incredible people too.” 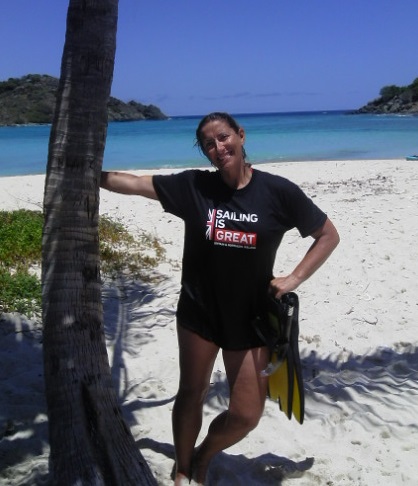 (Dee Caffari wearing her shirt in the British Virgin Islands)

Sporting the t-shirt proudly, Ian Walker, the British winning Skipper in the latest Volvo Ocean Race, said he was very happy to support the cause. In response to why he thinks sailing is great, he stated, “Sailing is GREAT because it is a sport for life. It can be enjoyed by people of all ages and both sexes regardless of race, religion or physical ability.” 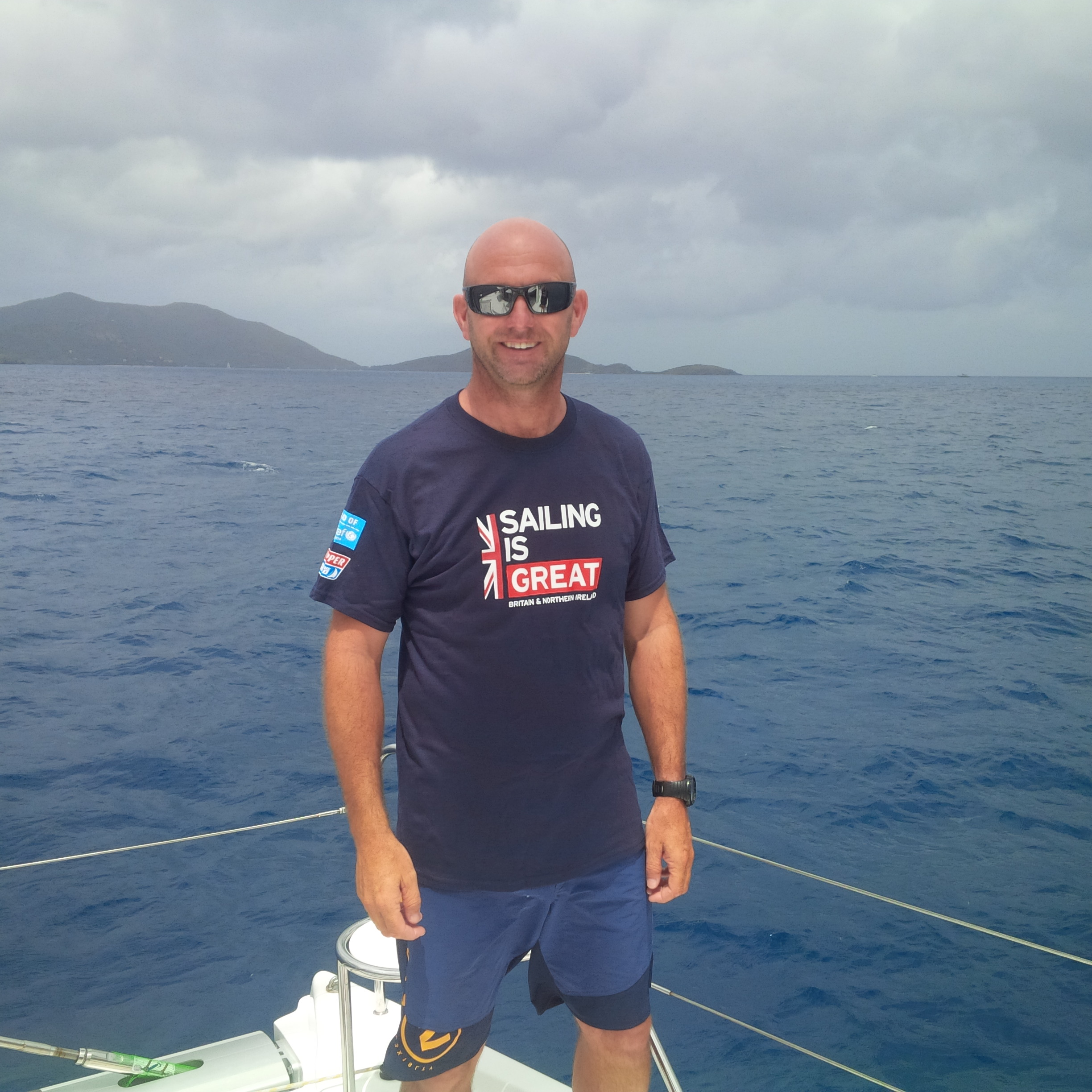 The idea for the shirts came about after GREAT Britain crew member Debbie Porter (pictured below) completed the opening two legs of the Clipper 2015-16 Race from London to Cape Town. She also works in Strategic Communications for the Home Office. Debbie explains how the idea came about: “Each Clipper Race team is set a fundraising target for official charity Unicef. We’d all done our individual fundraising but we also really wanted to do something as a team as we are a very close group.

“Part of my work in the Home Office means working as part of the GREAT campaign. I am really passionate about promoting Great Britain and I know everyone on the boat feels real allegiance to the campaign and a real sense of pride to be representing Britain. I started talking to the GREAT campaign team about whether we could do it and they were really supportive and thought making a brand exception was worth it for this cause! We were really lucky that they agreed to cover the minimal costs which means that every pound raised goes straight to Unicef.” 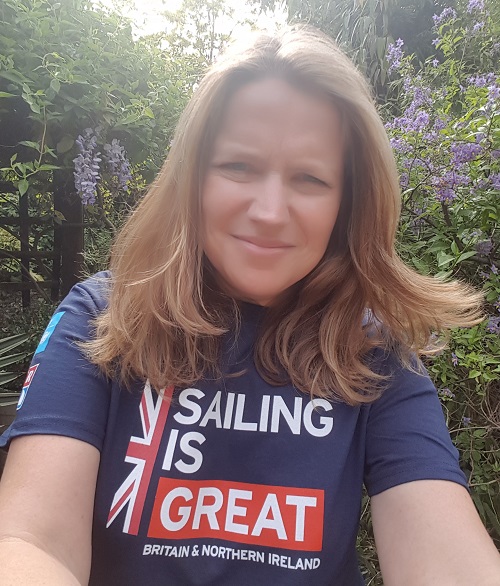 On the fundraising target, Debbie adds: “We are looking to raise £12,000 although more would obviously be better. The t-shirts are available for a minimum £15 donation via www.justgiving.com/sailingisGREAT. There are only 800 in production though, and once they are gone, that’s it. So move quickly!”

Join us on Twitter and tell @ClipperRace why you think #SailingisGREAT. We’ll retweet all our favourites.

The UK Government’s GREAT Britain campaign showcases the very best of what Britain has to offer and welcomes the world to visit, study and do business with the UK. It celebrates British culture, tourism, business, adventure, sport, heritage, technology, innovation, and much more on a global scale. For more information on the campaign visit: greatbritaincampaign.com

Unicef is the Clipper 2015-16 Race’s official charity, and we are aiming to raise £300,000 for children in danger around the world. Visit: Unicef.org.uk to find out more about Unicef’s vital work. 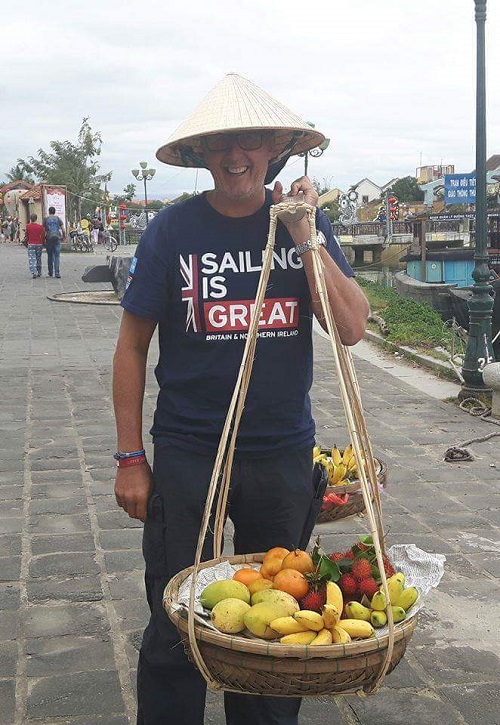 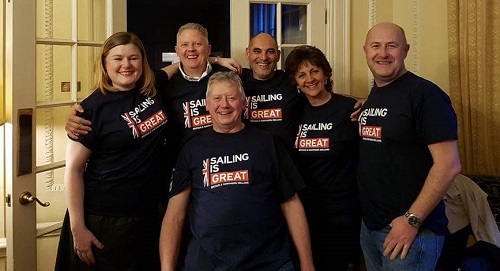 (Clipper Race crew get together) 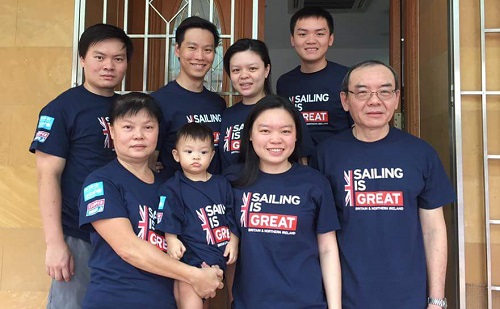 Stood on the pontoon at Bell Harbor Marina in Seattle, USA, at the end of the Pacific Ocean leg of…

At 1043 UTC Unicef was the first team to pass through the Scoring Gate in the PSP Logistics Panama Cup to take the maximum three points on offer. Skipper Martin Clough and his crew were followed less than one hour later by

Life as an ocean racer

On the Mighty Pacific leg we hosted two Andrew Simpson Sailing Foundation (ASSF) youth ambassadors. The opportunity was donated by…

Picking up the Derry~Londonderry~Doire bursary baton in Seattle is Jilly St John, a singer and writer from the Northern Irish city who was awarded her Clipper Race berth through the ‘Your Next Chapter’ scheme.Jilly is the fourth bursary candidate to take part in…