Clipper Race CEO William Ward along with crew members who are raising money for Official Race Charity Unicef were invited to The DAVA Centre in the Hoa Vang District of Da Nang this week to see first-hand how Unicef supports children with disabilities in Vietnam. Opened in May 2011 with the financial support of Unicef, and managed by the Da Nang Association for Victims of Agent Orange (DAVA) and volunteers, the day care centre receives over 90 children with disabilities every day.

There are an estimated 1.3 million children with disabilities in Vietnam, making it one of the largest groups of vulnerable children in need of special protection. The city of Da Nang is particularly affected as its population was exposed to Agent Orange during the war with the United States. 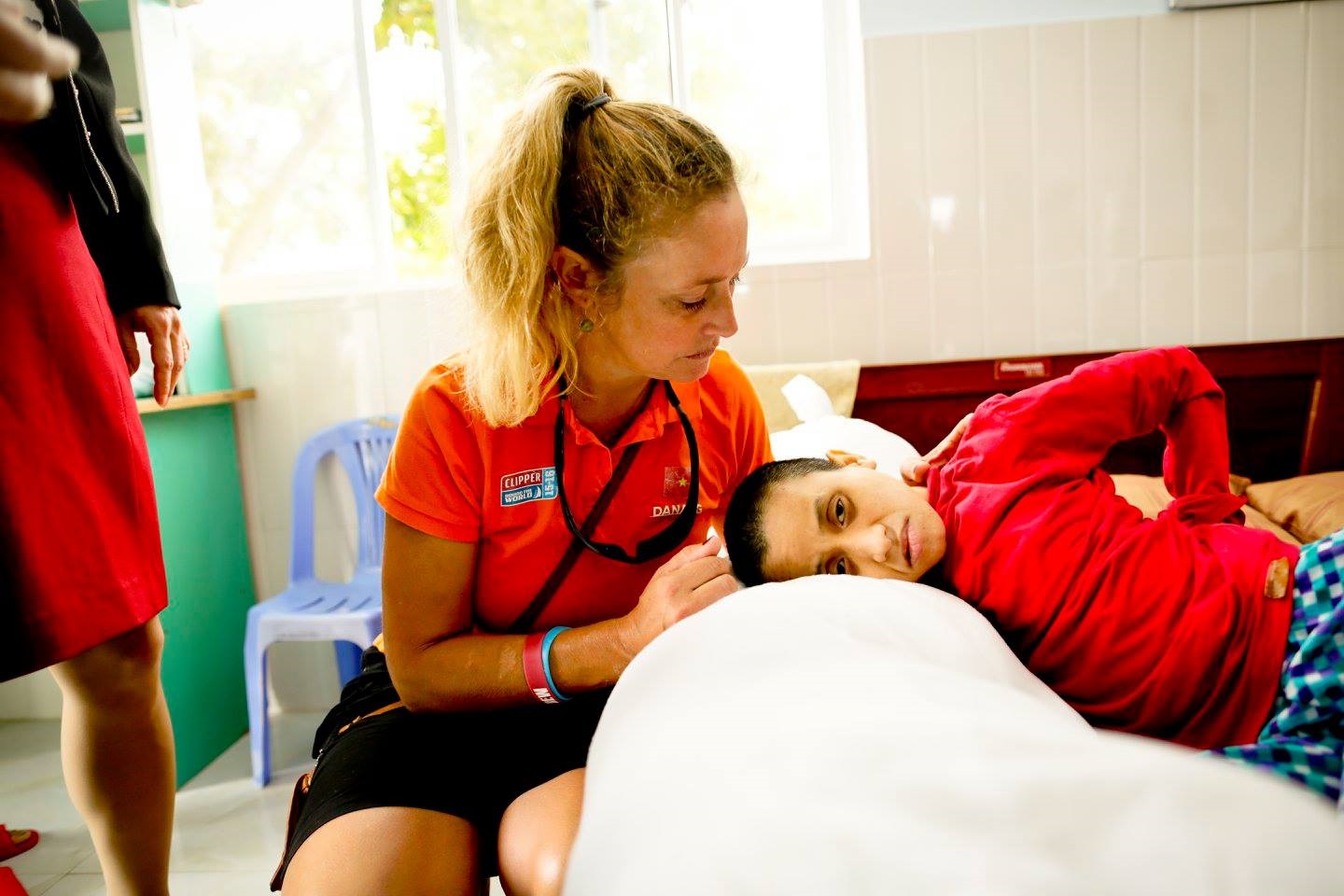 Ahead of seeing the centre, William Ward explained: “We have twelve yachts and over 700 crew who take part in the Clipper Race and a large proportion of those crew are actively raising funds for Unicef as they race. So coming to a facility like this, which only exists because of Unicef fundraising, and being able to meet the children it benefits every day really brings home the vital importance of our partnership.”

The children greeted their Clipper Race crew visitors with big smiles and a special dance performance before Centre Director Madame Nguyen Thi Hien formally welcomed the group, including representatives from Unicef Vietnam and explained the purpose of the centre and the important work it does.

The crew, who represented the Unicef, Da Nang – Viet Nam, GREAT Britain, Visit Seattle, Garmin, LMAX Exchange, PSP Logistics, Qingdao and Mission Performance teams, got to meet the children as they toured the centre facilities and got involved in activities including colouring, incense stick making, sewing and art. They also met seriously paralysed children who receive massage therapy and respite care at the centre. 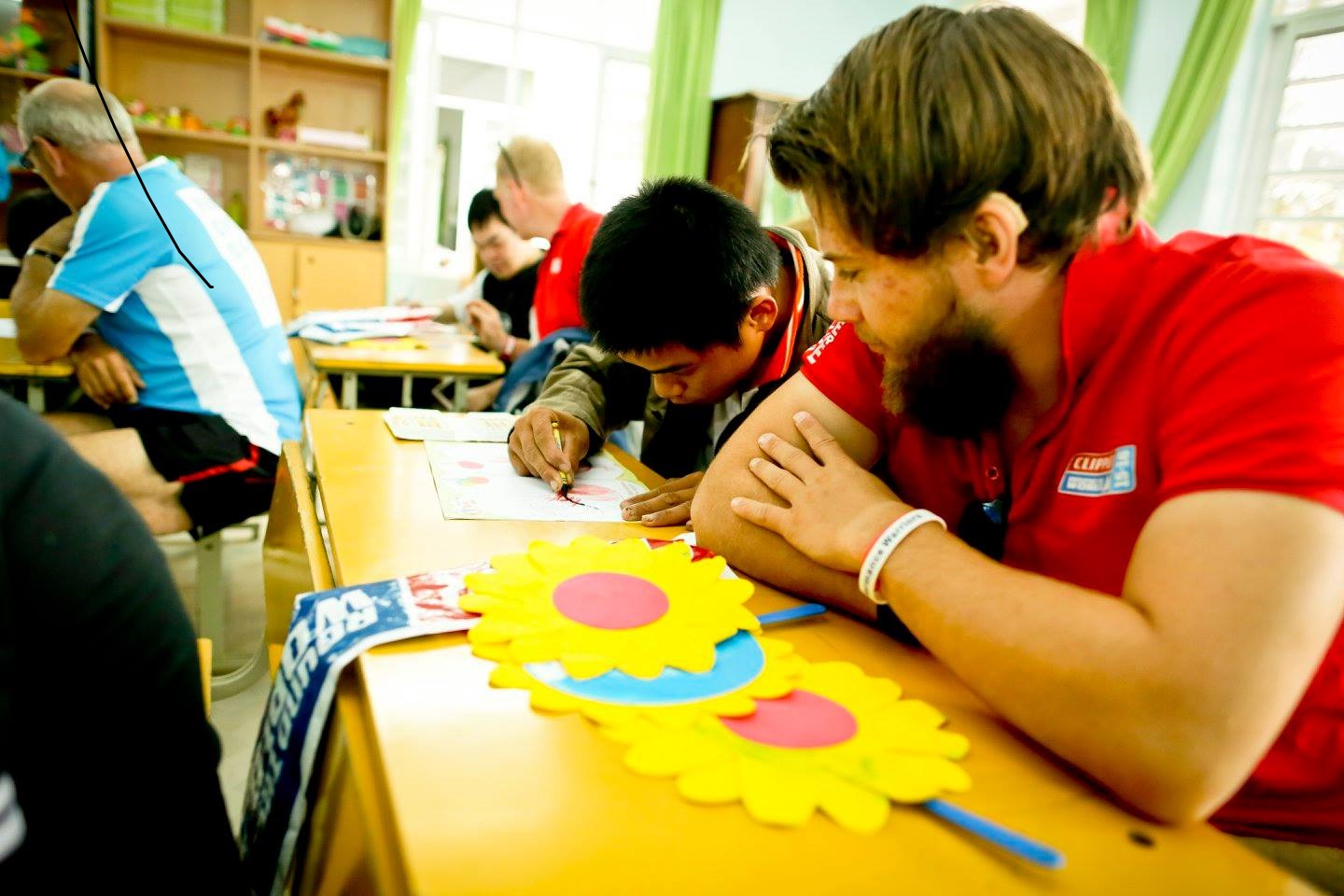 Following the tour, William added: “It has been a pretty heart wrenching visit but having passed the half way stage in the race, this experience makes us even more passionate than ever about fulfilling our fundraising targets and continuing to help support the vital work Unicef does here and in similar centres. I feel prouder than ever about our decision to support Unicef and projects like this which are making such huge differences in children’s lives.”

It was a particularly fitting visit for crew member Mel Thompson, who along with her team is raising money for Unicef as they race. Mel says: “I am a special needs teacher back home in the UK so I was very interested to come today and see the work of a project that is very close to my heart in that way. It reminded me of the guys I teach back at home and the importance of having facilities like this, no matter where in the world they live, that they can go to and feel safe and happy.

“I thought the DAVA day centre was an amazing place with very happy children and very happy, dedicated staff. You can see what a challenge it was for all the staff and volunteers to get the resources to keep the level of care going, so it really does bring home the importance of the work Unicef does. It wouldn’t exist without their help, which is a pretty scary thought.”

Three years ago Matthew was diagnosed with cancer which he believes is a result of exposure to Agent Orange, a potent chemical that was spread by US troops during the war and has been linked to many profound health issues and birth defects. He adds: “I did some research into the continuing health problems here and learnt about the children who generations later are still suffering the effects, so I decided to come back. This is my third visit now, volunteering here at the DAVA Day Care facility and I always look forward to returning. Decades after the war ended, it is still not over for these children, and for those like me that were affected.”

Following the invite to the centre, the children were in return invited for a day out to visit the Unicef yacht and explore the boat with the guidance of the crew members. 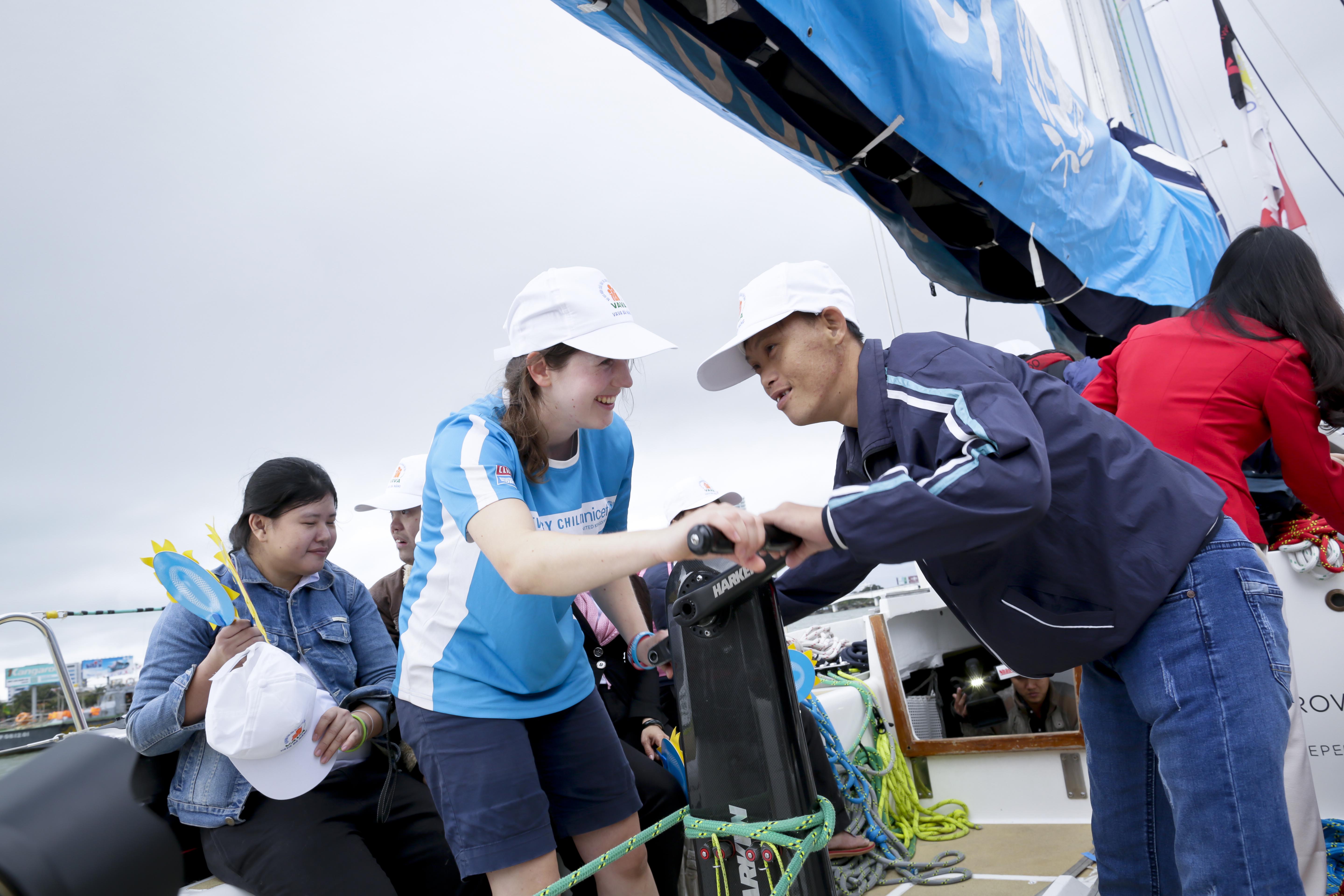 Jesper Moller, Deputy Country Representative for Unicef in Vietnam, says: “The interaction in Da Nang between the Clipper Race crew and the children has been incredibly positive and has provided a great opportunity for people to see the important work Unicef does on the ground here.

“Our thanks go to the Clipper Race organisation and the crew who are raising vital funds throughout their race around the world. Seeing is believing and I think it represents a very strong message around the engagement between people which generates change. Hopefully, if the race returns to Vietnam in 2018, we can continue to build on this connection and work together on a longer term partnership here.”

Skipper Paul Atwood, who leads the Unicef yacht, said the interaction with the young people with disabilities had put the race challenge into perspective, as he said: “It has been fantastic to learn more about the cause we represent while we are here in Vietnam. Next time I or my crew are feeling cold and wet and are finding life tough on board, we will definitely remember our experience here.

"We know that there are many people going through far worse each day and that really, we don’t have all that much to complain about in life, especially not in comparison to how these children live and they all still manage to smile and be positive and happy. It’s been a memorable and humbling lesson to learn.” 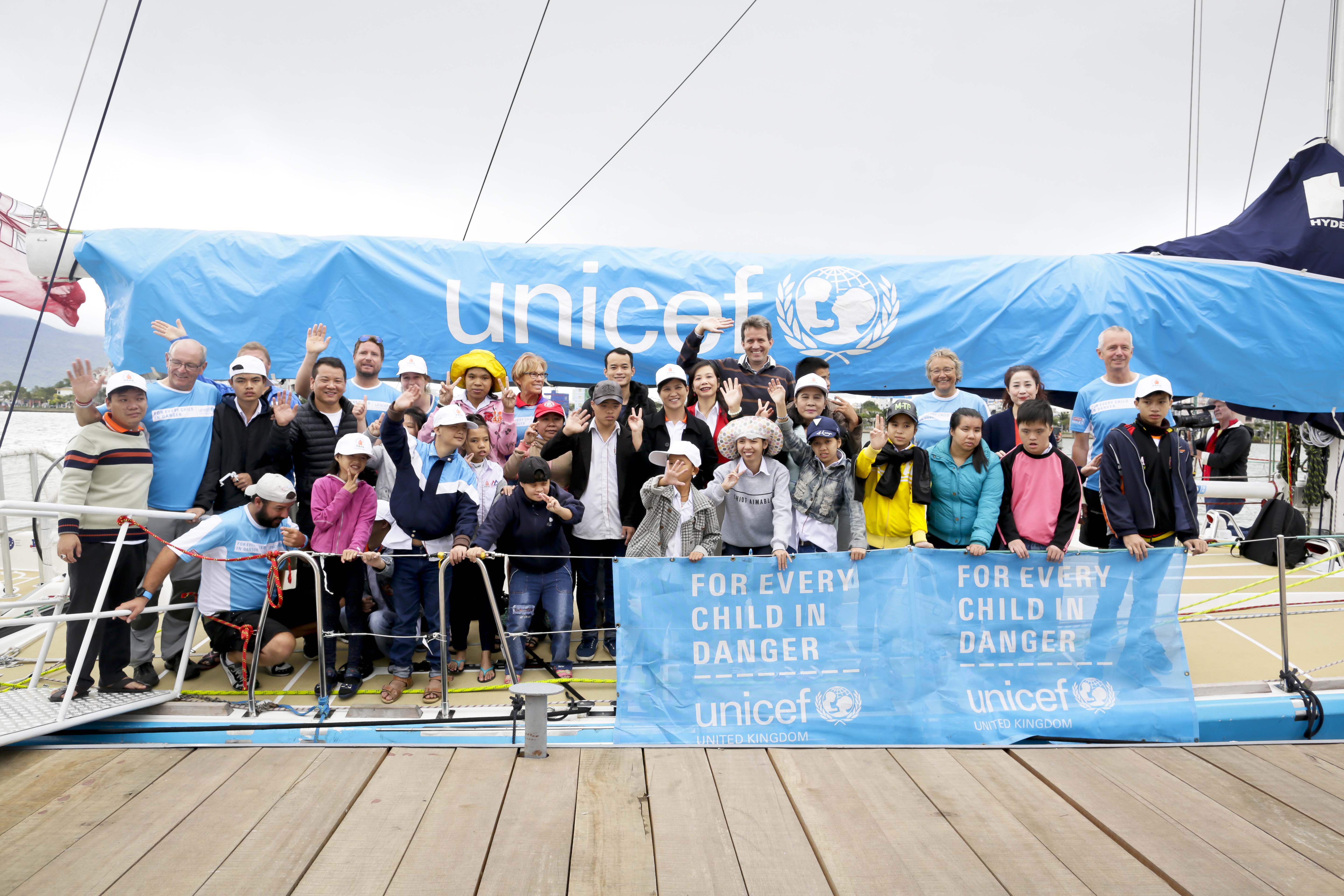 Unicef works with the government of Vietnam, and in particular the Ministry of Labour, Invalids and Social Affairs, the Ministry of Health, and the Ministry of Education and Training to improve services offered to children with disabilities and build on the model of Da Nang to scale it up nationwide.

All local currency donated to Clipper Race staff before the teams leave Vietnam for Qingdao will go directly to the DAVA Centre.

Clipper Race crew stole the show at Da Nang’s Art and Cultural night in the Race Village, as hundreds gathered to watch a variety of performances by local artists, dance groups and 2015-16 race crew members.In the latest of a long list of events organised…