The Clipper 2015-16 Race prizes have been awarded at a ceremony in St Katharine Docks following the conclusion of the global series in London.

First, the pennants were awarded for Race 14, the finale of the series, with Derry~Londonderry~Doire taking the first place pennant for its victory last night.

Each of the twelve teams then took to the stage and were presented with a framed photo of their boat. 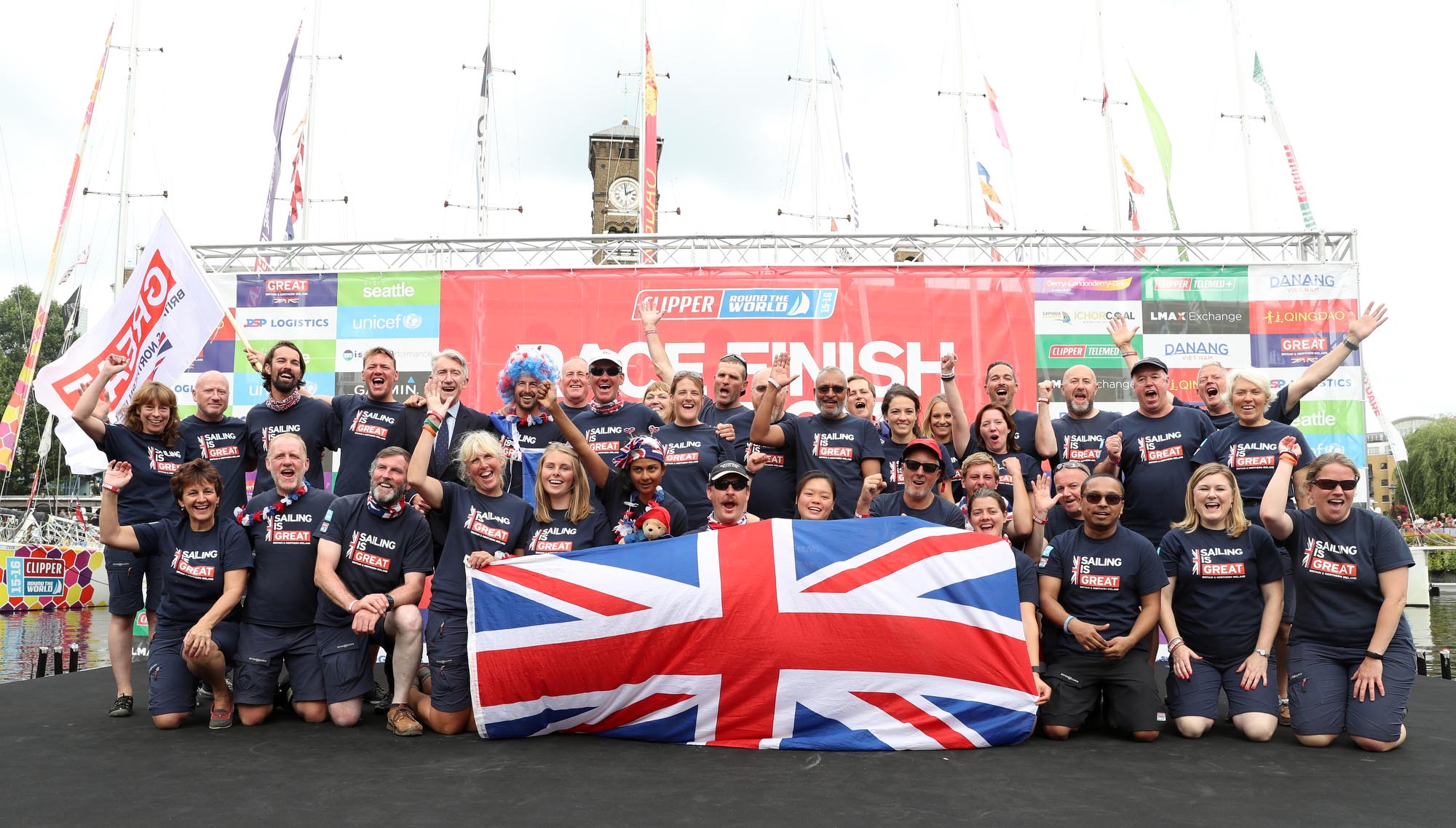 The three podium teams were the final crews to go on stage, with GREAT Britain (third overall), Derry~Londonderry~Doire (second overall) celebrating before LMAX Exchange was awarded the overall Clipper Race Trophy for its 2015-16 series victory.

LMAX Exchange crew members and their Team Sponsor celebrated on stage before Skipper Olivier Cardin was thrown in the water, a tradition amongst sailors at the end of races.

The Henri Lloyd Seamanship award was presented to Mission Performance crew member Gavin Reid for his rescue of a stricken yacht off the Australian coast in January which had a crew member stuck up the mast.

Gavin swam to the yacht and assisted with the rescue on a non-Clipper Race yacht whose crewman had been caught at the top for 7 hours. Gavin, who was born deaf and wears hearing aids, helped free the crew member in rough conditions.

Henri Lloyd joint CEO Paul Strzelecki said: “Gavin’s actions show the willingness of the crew to put others before themselves and it is an honour to celebrate the spirit of ocean racing by awarding Mission Performance with this award.”

Gavin said upon receiving the award: “It’s never something I would have expected to win after the event. At the time it was just something I felt I had to do and am honoured to have been recognised for it.” 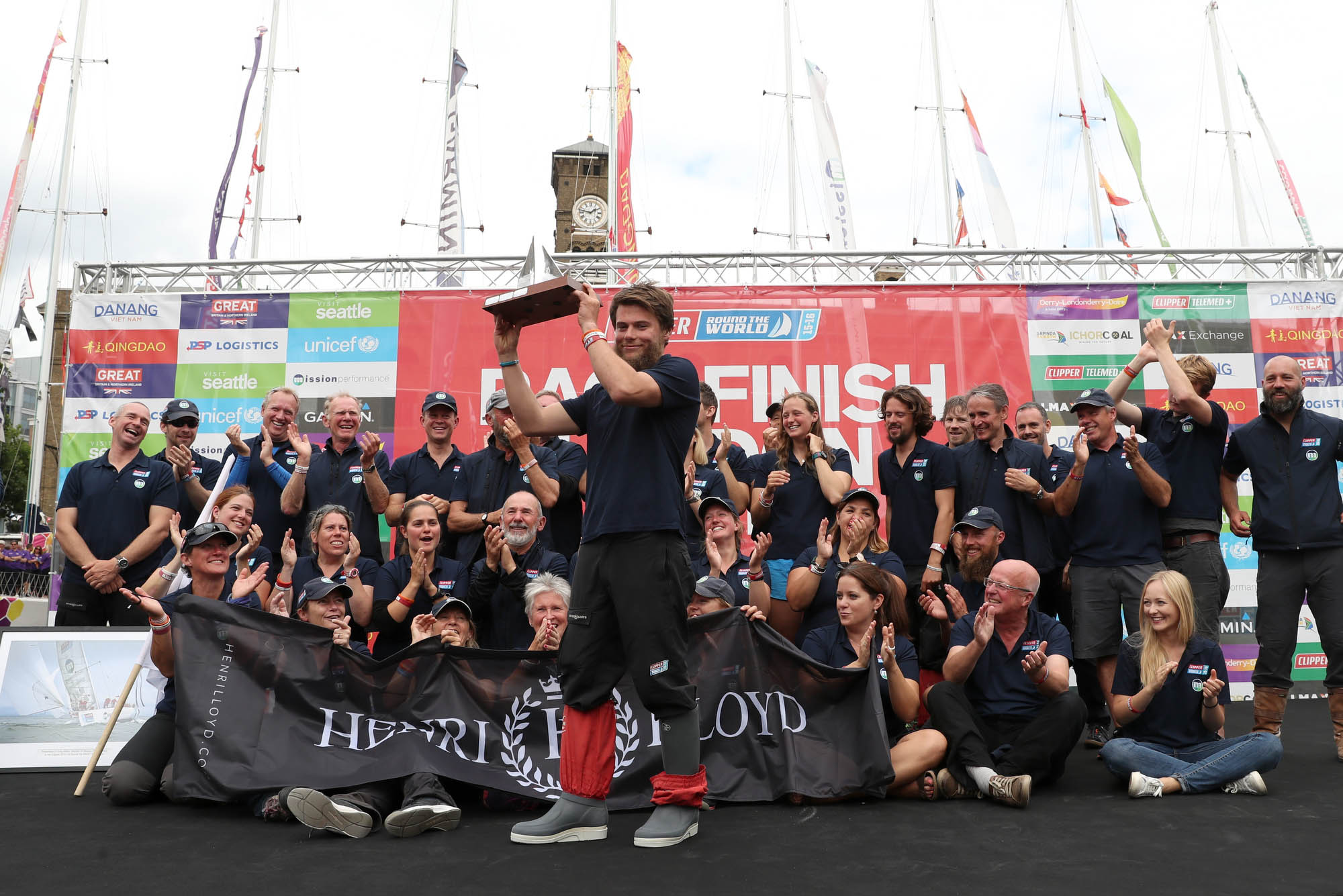 The overall Stormhoek Social Spirit Award was given to the crew of Visit Seattle, which had won three awards previously.

To see all the images from Race Finish and the prizegiving, click here.

All teams completing the Clipper 2015-16 Race will proudly take to the stage at the London Race Finish this Saturday, aware they have achieved a feat that very few people have or will experience in their lifetimes. However, only one team will get to raise…