The prizes have been awarded for Race 13, the Den Helder Northern Seas Challenge, at a ceremony at Willemsoord Marina in The Netherlands.

The three podium teams took to the stage and were awarded the prizes by Den Helder Mayor Koen Schuiling alongside Sir Robin Knox-Johnston.

The Mayor welcomed all the crews to Den Helder for the third time in the race's history.

Da Nang – Viet Nam – received the third place pennant for the race from Derry-Londonderry and its second overall podium, PSP Logistics celebrated its first podium of the series and was awarded the second place pennant, before the crew of Visit Seattle were given the first-placed pennant.

With a party atmosphere on stage, the Stormhoek Social Spirit Award was also presented to the crew of Visit Seattle.

Bernard Fontannaz, the Stormhoek owner, said: “Once again, it’s been a hard fought race for the Social Spirit Award – as we know the sailing is just a small part of the race – well, maybe not such a small part with all the blood, sweat and tears it’s taken to cross oceans and sail around the world, inspiring the rest of us with your courage.

“The award goes to Visit Seattle, for reminding us that it’s the friendships that we make in life that last long after the race is over. Remembering to dance in the rain or when the going gets tough and for sharing our experiences with others, to create hope for the future – thanks for inspiring so many school children as you have sailed around the world. Jan Op see deserves a special mention for making this project a reality – and for remembering to dream big and live the adventure.” 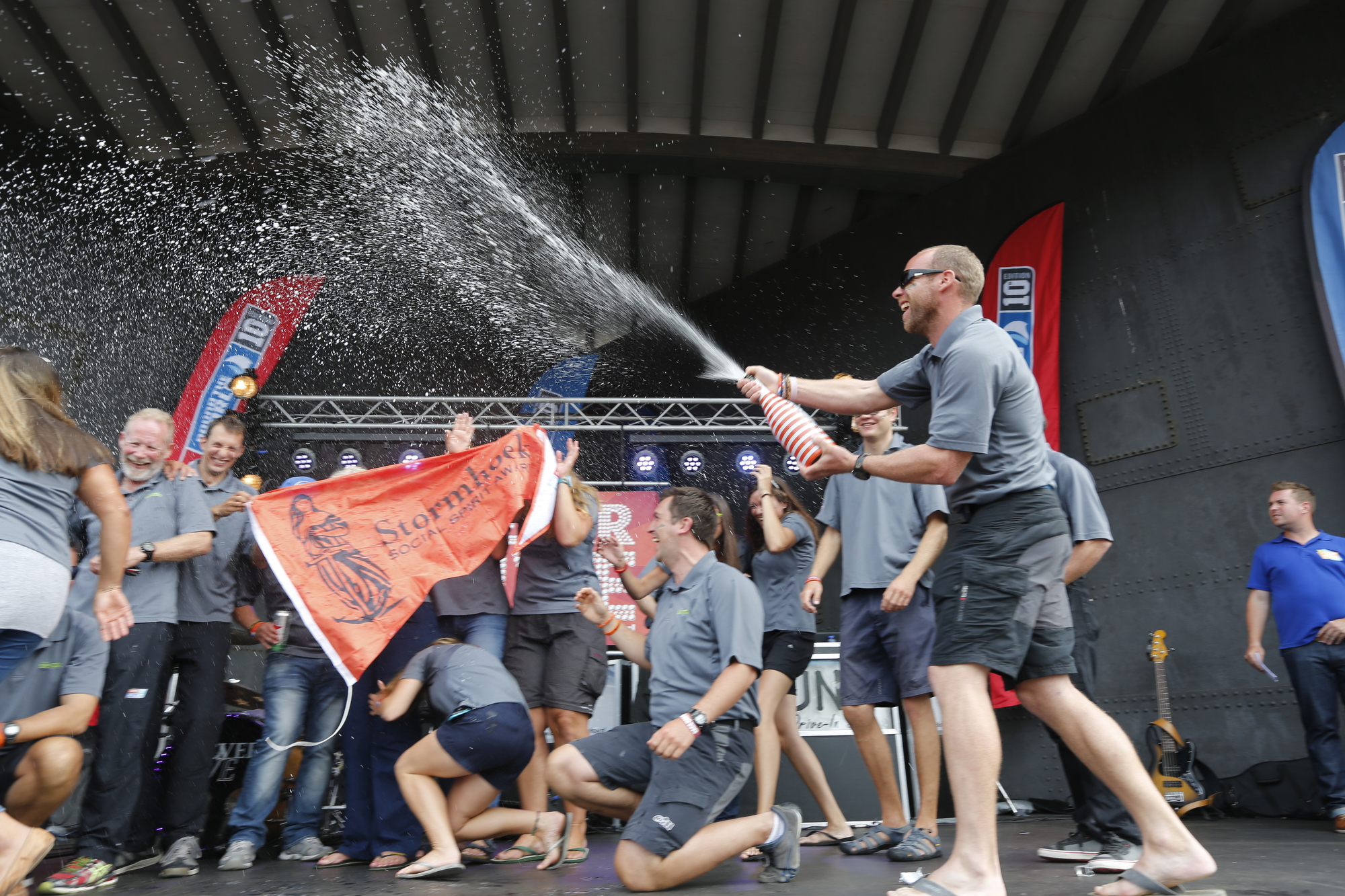 Amancio said: "It could not be a better way to enjoy my birthday than by going on stage and receiving two awards with my team. It has been a very special day."

The podium teams all went on stage together in front of a crowd enjoying the Summer Carnival and Nautical Festival in Den Helder over the weekend.

A Food Truck Festival is also taking place as part of the prizegiving, as well as live music and entertainment and a mass karaoke singalong, a popular trend in The Netherlands.

Stormhoek have had a wine truck in the race village over the weekend, with a free glass of wine given to anyone who had their picture taken and uploaded it to the Facebook page.

Despite missing out on the podium on Race 13, LMAX Exchange continues to lead the overall Clipper Race standings with one race remaining. Derry~Londonderry~Doire is six points behind in second place with GREAT Britain a further thirteen points in third place.

Race 14 to London starts on Thursday 28 July. Teams will start slipping lines from Willemsoord at 1000 local time ahead of a Parade of Sail off the Den Helder coast at 1245 local time and Race Start at 1400.

Tensions are mounting across the fleet in this penultimate race with every team knowing that positions into Den Helder could prove pivotal in the final race standings.Until this morning the teams had been battling in fickle winds since rounding the Pentland Firth which has seen…

Race 13 Day 3: Squalls, lightning and a lot of pressure

The fleet is contending with squalls, lightning and navigating the North Sea oil rigs, and with the lead changing multiple…

The Clipper Race teams have started Race 13: The Den Helder Northern Seas Challenge, knowing all is still to fight…