On Day 3 of Race 9: The WTC Logistics Tri-Race, the fleet are nearing the third section of the short triangular course. The teams remain in close proximity, as patience is being tested by wind holes plaguing progress.

Dan Jones, First Mate on WTC Logistics reports: “This racing is awfully frustrating. We spent the whole of the last 24 hours drifting at around 2-3kts, alongside Dare To Lead and Ha Long Bay, Viet Nam, to find the rest of the fleet catching us! In light winds, good helming is key. The smallest of turns here and there can either gain you 200m on your closest rival or collapse your wind seeker and lose you 200m”. 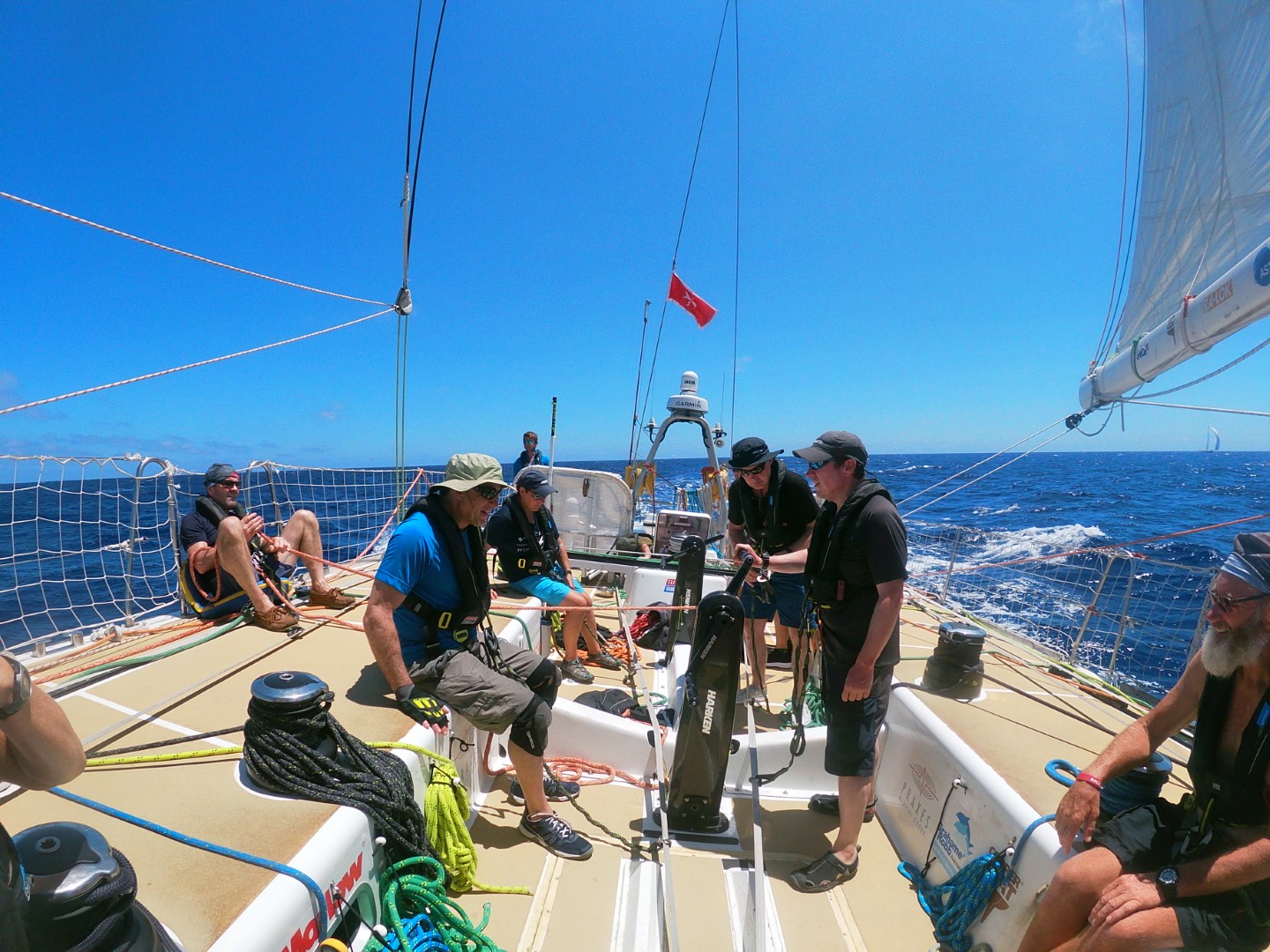 He continued: “This lack of wind overnight meant boats to the west of the course are now struggling to make the end gate of the Ocean Sprint resulting in the entire fleet being back in eyeball range.”

On board Imagine your Korea, First Mate, Sam Cooper, described their recent experience on the course: “Earlier this morning, this more closely resembled a drunken attempt at rhythmic ballet, with our cohort all performing out of time and pirouetting back and forth across the course. Since those wonderful hours, we have made a steady drag north.” 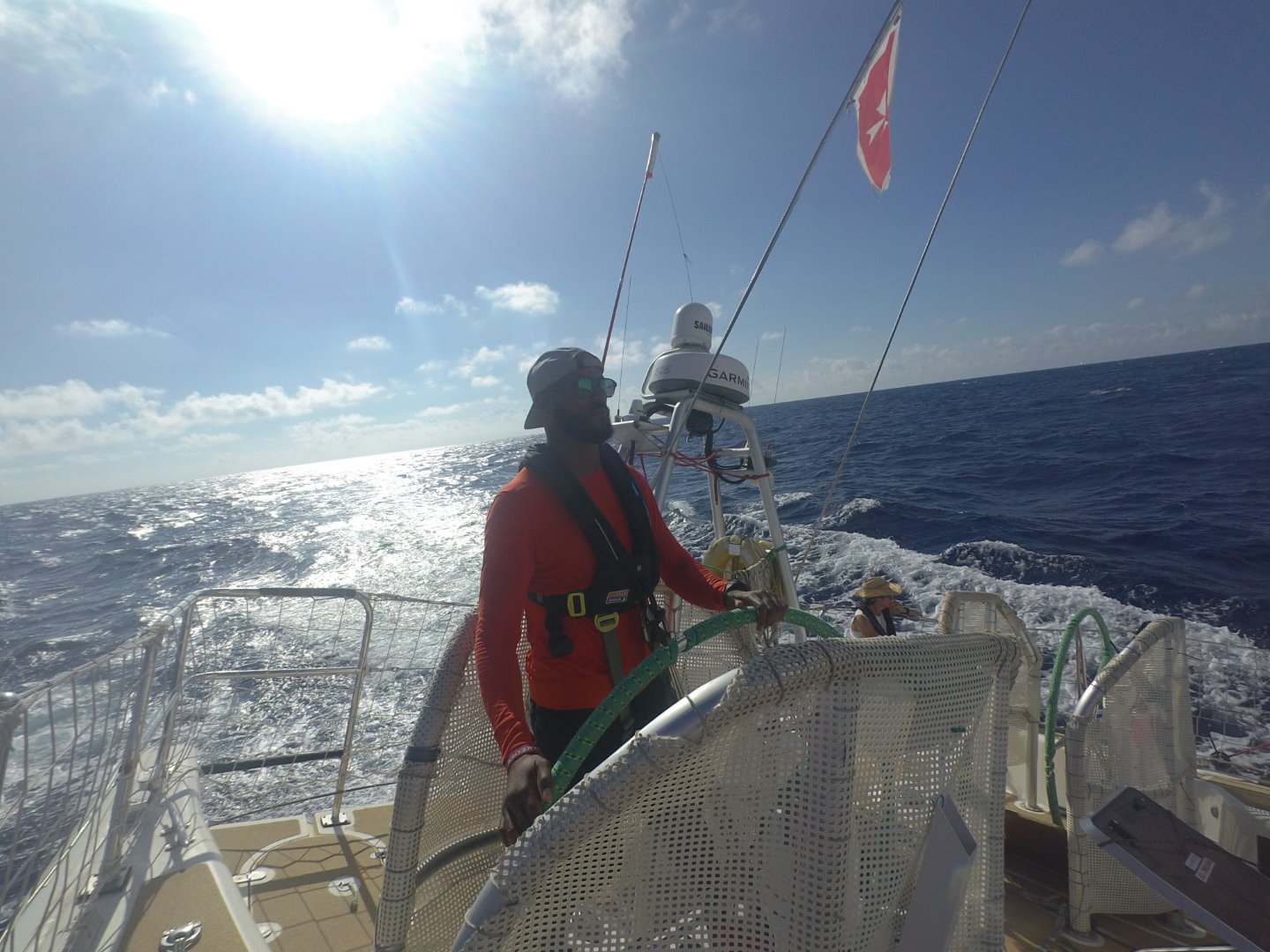 Currently in second place on this tactical race is Ha Long Bay, Viet Nam after being overtaken by Visit Sanya, China. Skipper Josh Stickland commented on the obstacles faced on their route: “The fleet met a 30 mile long fishing fleet, and with encouragement from Visit Sanya, China and GoToBermuda, we crossed first (you could have cut the tension with a knife) but a really good watch with the crew following orders to a 'tee'.”

Feeling positive about their race progress, Ian Wiggin, Skipper of Unicef said: “After a rather shaky first half, we have enjoyed a much more productive second. We are all very pleased with our fleet position. It is hard to discourage enthusiasm and engagement, but when there are six people stood behind the helm cage referencing the Garmin plotter and discussing strategy, I feel like Unicef is doing a wheelie. Because we were not entered into Ocean Sprint 2, we had the luxury of choosing a more easterly course overnight.

“Although we sailed a slightly further route, it positioned us nicely for the anticipated wind shift. Somehow, we now find ourselves battling for third position which is certainly unexpected.” 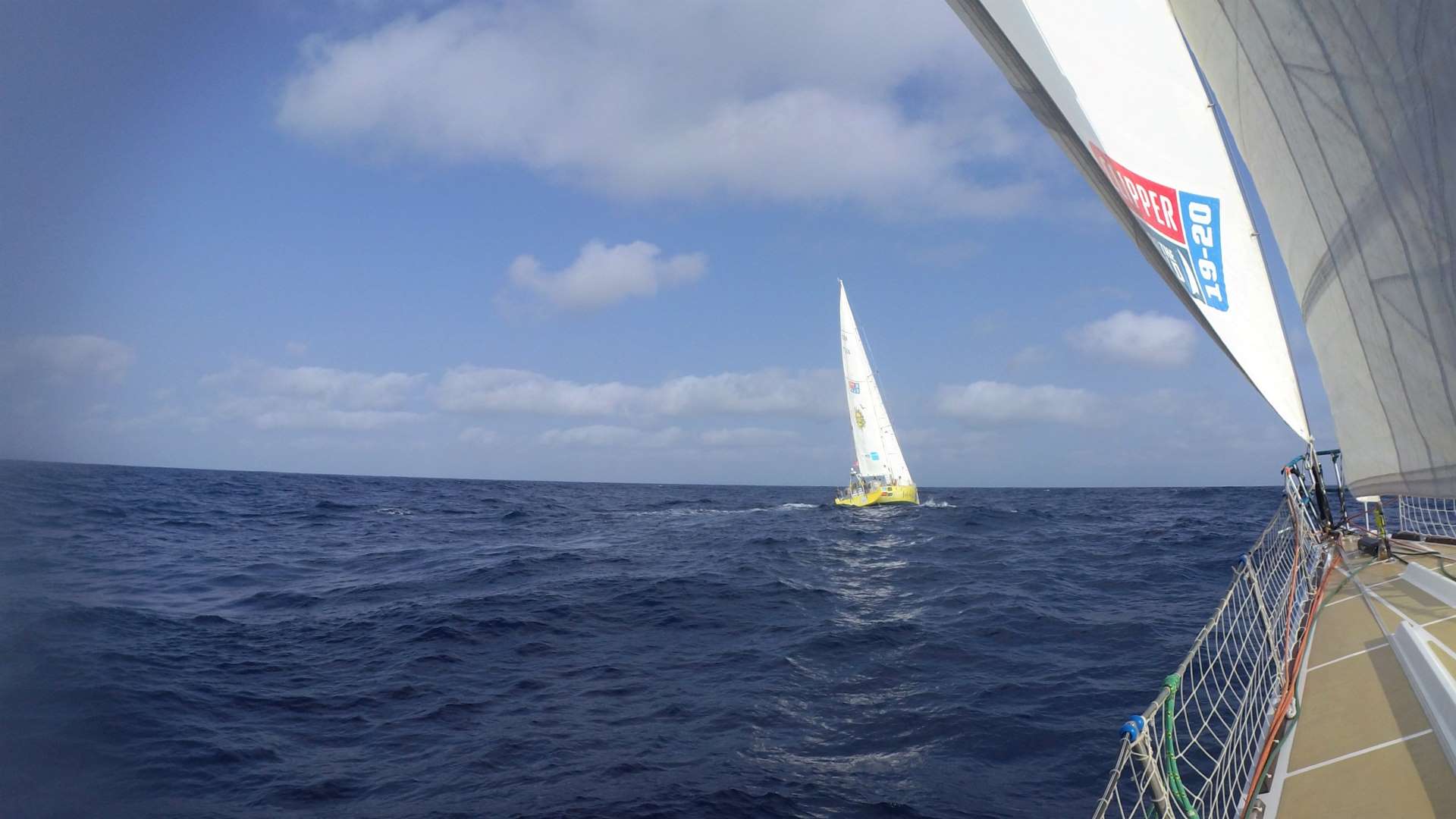 On the tail of Punta del Este, shot from Dare To Lead

Currently leading the way back to Subic Bay is Seumas Kellock, Skipper of Visit Sanya, China, he said: “Now we weave our way east, waiting for the monsoon north easterlies to fill in and propel us south back home. And, it should be at a good pace when she does fill in.”

Watch how this ever-changing race unfolds as the teams attempt to avoid the wind holes and make good progress south, via the Race Viewer. As Skipper Guy Waites of Dare To Lead remarked: “This race has not yet run its course. Every hour presents another opportunity, sometimes you're ahead, sometimes you're behind, in the end it's all a game, so let's play it for the game's sake!”

On the second day of Race 9: The WTC Logistics Tri-Race, it is all to play for as less than…