On the second day of Race 9: The WTC Logistics Tri-Race, it is all to play for as less than 25 nautical miles (nm) separates the entire fleet. Having already completed the first of three Dell Latitude Rugged Ocean Sprints, the upwind second stage is asking some difficult questions as light winds plague the north of the course.

Renowned for its successes in Ocean Sprints Punta del Este is currently leading the fleet, Skipper Jeronimo Santos-Gonzalez reports: “Race 9: The WTC Logistics Tri-Race is getting really exciting, with part of the fleet splitting up, and a windhole the size of Wales arriving in the next few hours, anything can happen. We may converge at the edge of the wind hole and start racing together again, or the ones in the lead may sneak through the lighter breezes to continue in the first positions.

“This is not ocean racing but these offshore races in the South China sea are proving to be real fun!” 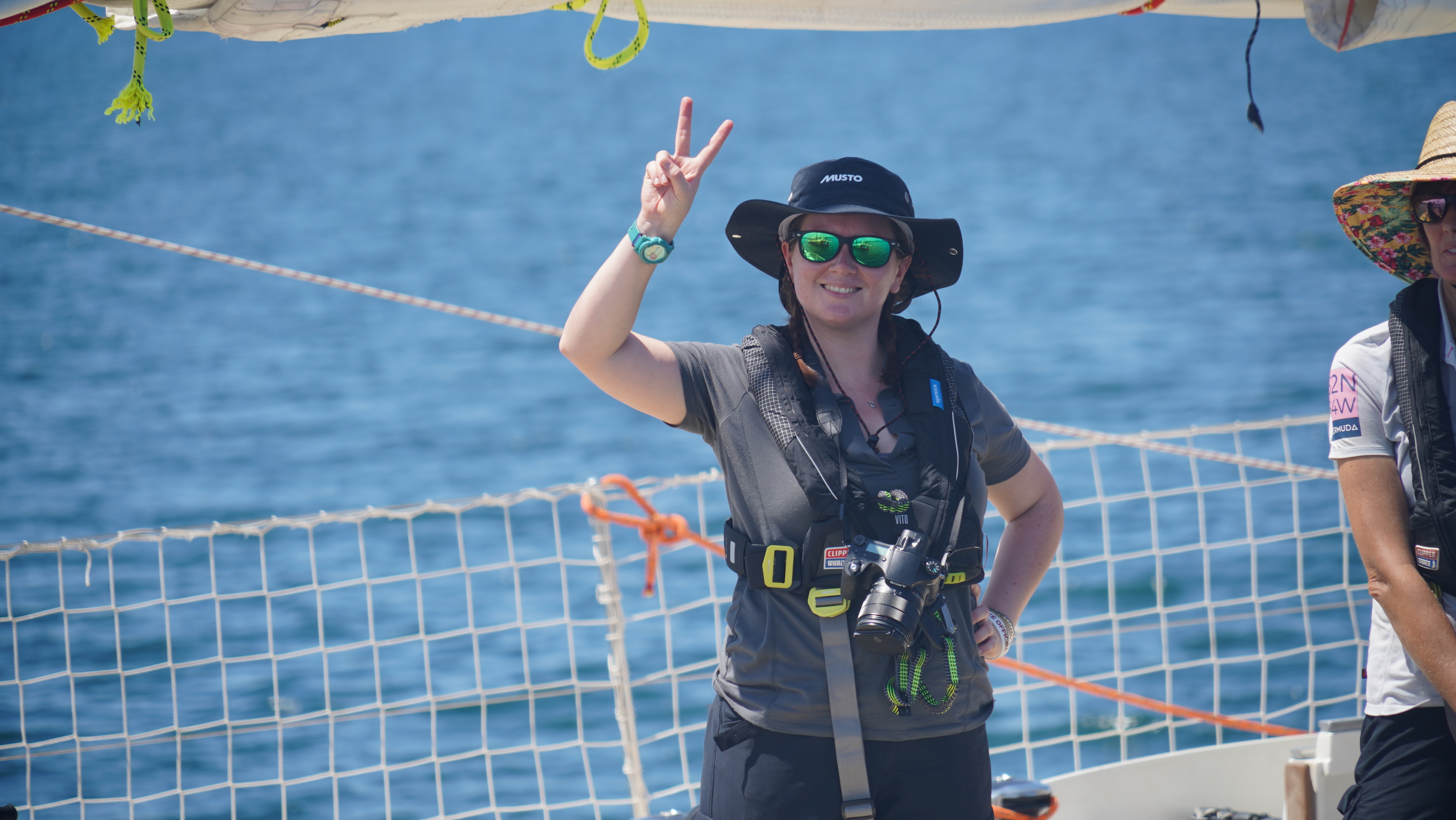 Results for the three Ocean Sprints will be announced at the Race 9 Prizegiving Ceremony, so teams have to remain focused on the overall race. Guy Waites, Skipper of Dare To Lead, explained: “With the Dell Latitude Rugged Ocean Sprint number one under our belt, but, by no means decided, it's far too close to call the positions for first, second and third. We moved swiftly on to sprint number two.

“Since then, it's been a constant round of trimming and helming to keep Dare To Lead at the front of the fleet, after all there's the big picture to think of and not just the Ocean Sprints.”

In such a short race every move matters. Unfortunately for Qingdao, this may be the case after rounding a Virtual Race Mark incorrectly, and correcting its mistake could prove costly. Skipper Chris Brooks said: “Visit Sanya, China spoke over the radio. Their words were frank and unmixed. We saw that you didn't correctly round the last mark and would like you to check, if you do not agree we will protest you.

“I came away from the hand unit of the VHF. At first glance, I checked the Garmin GPS Plotter and we had gone around correctly. I scrolled to the mark where it's position could be found...Oh no, this was real, the mark had been input ever so slightly off.

“We immediately turned around, no sooner than I could break the news to our fired up team. Fired up, soon turned to fire in the belly and the irritation of being told more than 8nm past our mistake, fuelled the team.” 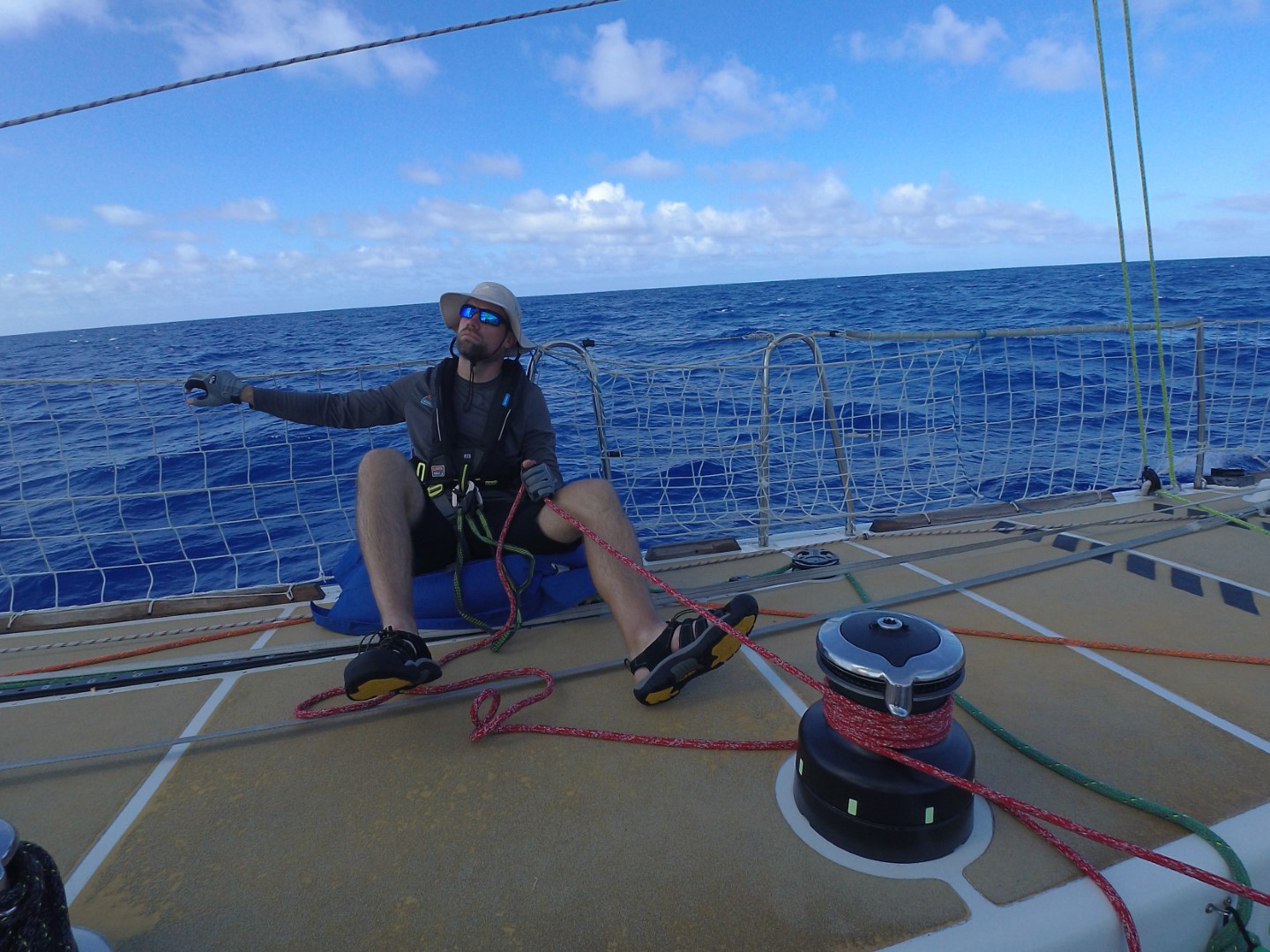 Image: Trimming on board Seattle

Having swapped spinnakers for white sails, the beat upwind has slowed but with weather guru and Clipper Race Meteorologist Simon Rowell predicting that there is only about 24-30 hours before a front comes in from the north, it is looking like the final third could be rapid.

For the latest insights from life on board read the Skipper Blogs and keep an eye on the Race Viewer to see which team rounds the northerly marks first.

Race 9: The WTC Logistics Tri-Race commenced yesterday following the first Clipper Race Le Mans start to be initiated in the dark at 1900 LT. The teams embarked on the triangular 750nm course which consists of three Dell Latitude Rugged Ocean Sprints, of which the…

The fleet departed for the Leg 6 of the Clipper 2019-20 Round the World Yacht Race today from Subic Bay,…