Emotions were running high for Clipper Race crew over the weekend as they finally found out who they will be taking on the ultimate ocean adventure with, when the Clipper 2019-20 Race begins in London on 1 September. 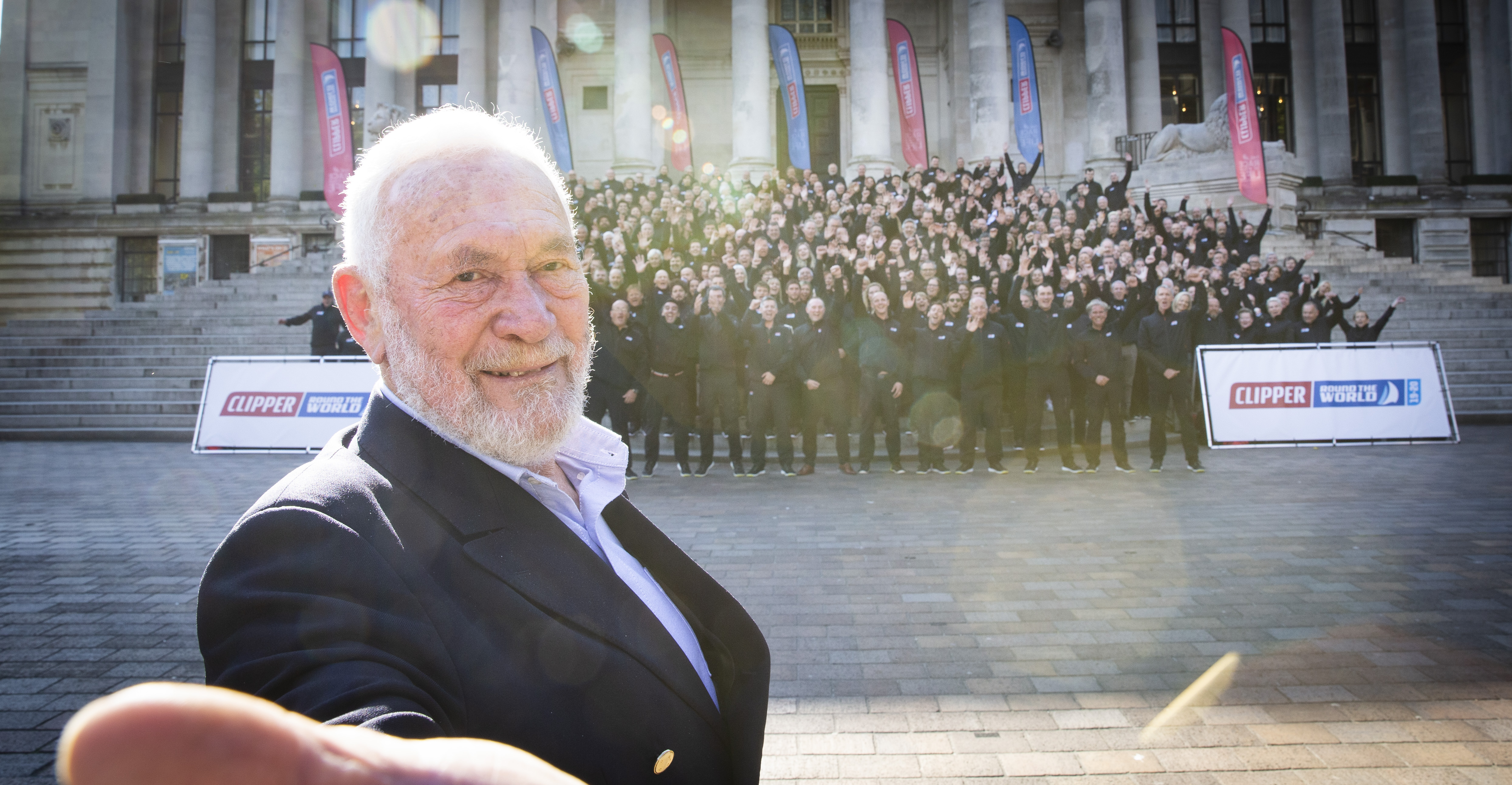 More than 400 crew from 36 different countries were present for Crew Allocation at the Portsmouth Guildhall in the UK, while another 300 tuned into the livestream that was being beamed around the world. 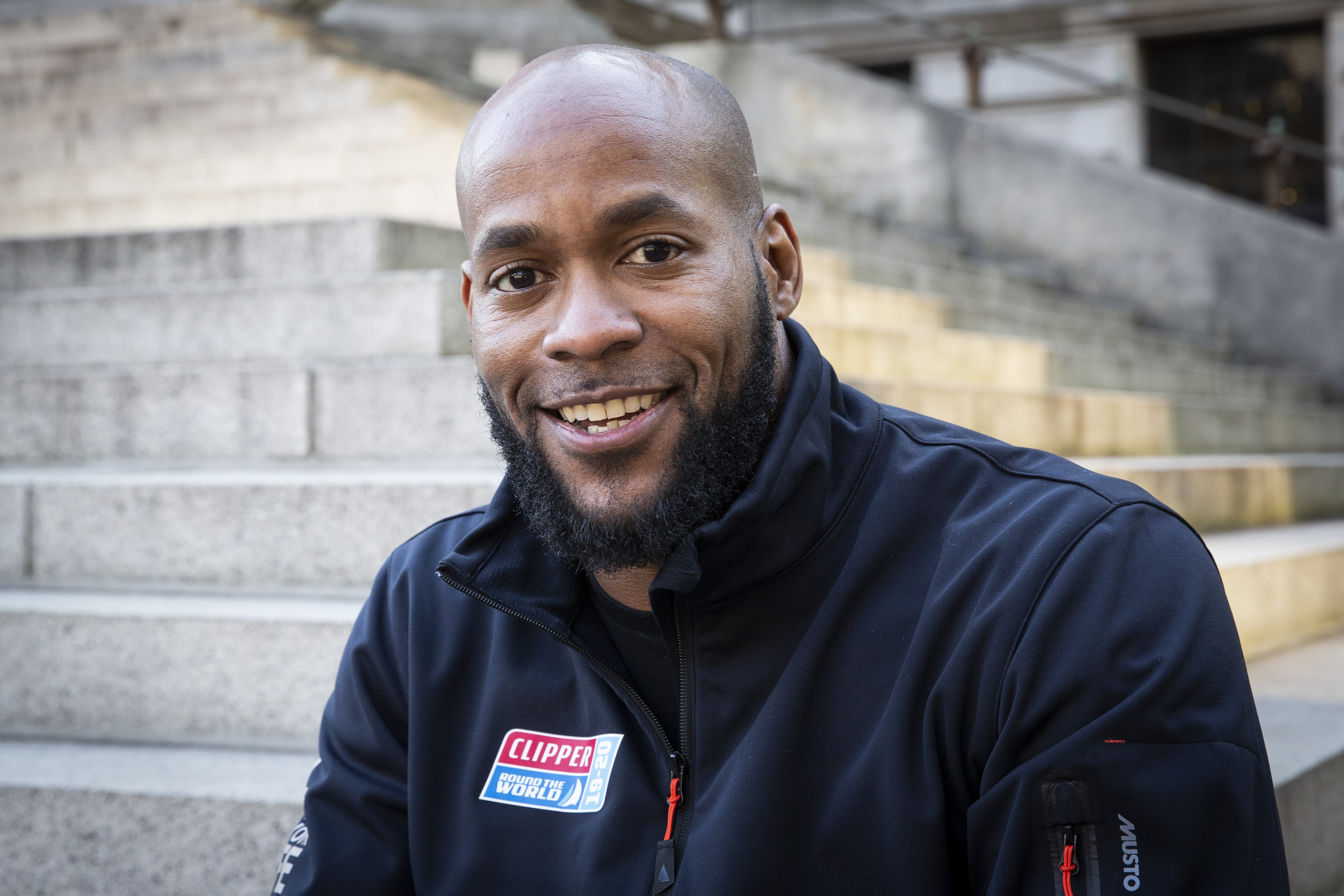 IMAGE: Clipper 2019-20 Race Jerome Riga, who will be doing the full circumnavigation.

Jerome Riga, a 37 year old Software Developer who lives in London but hails from Guadeloupe, France, was overjoyed when he discovered he will be competing the full circumnavigation with Skipper Josh Stickland. Jerome says: “Everything like Crew Allocation is another step towards the departure and every step makes it a bit more real.

“Meeting my team kind of reassures me I’m not crazy! We are all doing this so it must be ok! Everyone is joining the race for different reasons. I’m here for the adventure, and I just want to be with my team on our boat - I just can’t wait until it all starts.” 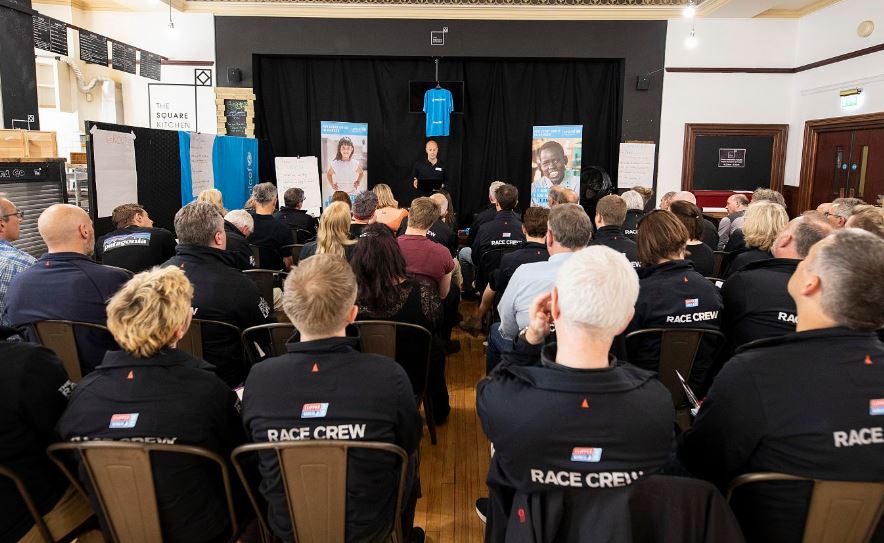 Sheila Richards from Cheltenham, UK, was allocated to team Unicef, under the leadership of Skipper Ian Wiggins. The 63 year old Healthcare Manager, who will be taking part in Leg 2 from Punta del Este, Uruguay, to Cape Town, South Africa, says: “I was so excited to meet my Skipper and of course, my teammates.

“The really exciting part for me is the international element of all of it. I’ve met people from Russia, the Netherlands, America and China today, and it’s just been so exciting.

“I’m not a sailor, I’ve never sailed before and this just seemed like the ultimate challenge. I’ve been interested in the Clipper Race for about five years so this is a culmination of now having the time to do it.” 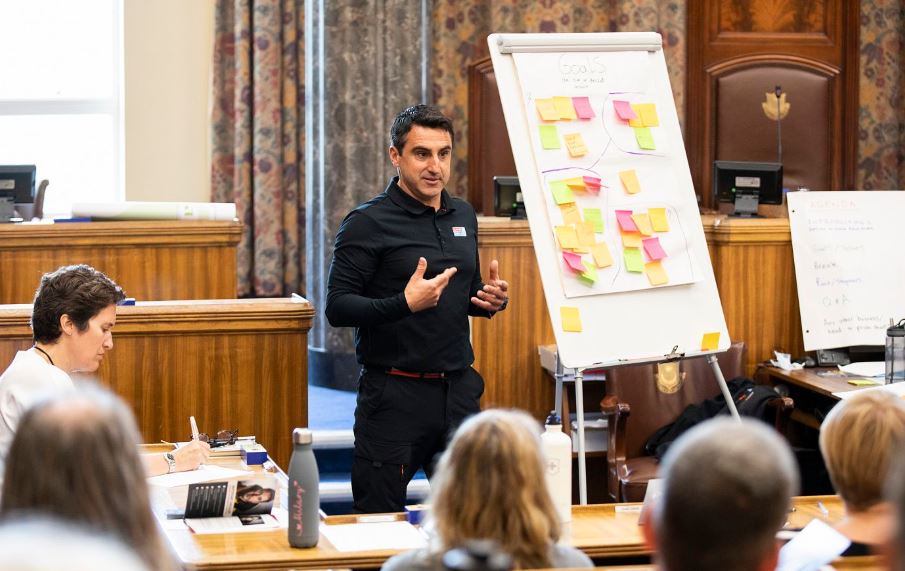 Crew Allocation was especially exciting for Portsmouth local Steven Smith, who has signed up for Legs 6 and 7. As well as welcoming hundreds of people from all around the world to his hometown, Steven also discovered he will be part of new team Punta del Este, skippered by Spaniard Jeronimo Santos Gonzalez.

Steve says: “How am I feeling? In one word – buzzing. Everyone is just here for the same thing so everyone has got that common goal. Really excited, really happy, almost like excited kids at Christmas.

“It’s been great to meet a lot of new people, I think there is around 400 of us crew here so lots of new faces. It looks like I am going to have to learn a lot more Spanish because a lot of my team are from Spain.”

Kate Holling, who will be racing across the Southern Ocean in Leg 3 onboard Team Mike, travelled all the way from Perth, Australia, to attend Crew Allocation. Kate says: “It was such a fantastic day. I think for everyone it was a day we were all looking forward to and it feels like the race campaign is really underway.

“It was a really long wait to hear my name called. I was sitting with my Level 1 training group and everybody else was called in the first half and I was really late in the second half so it was a bit nerve racking! But it was really great to meet the team.” 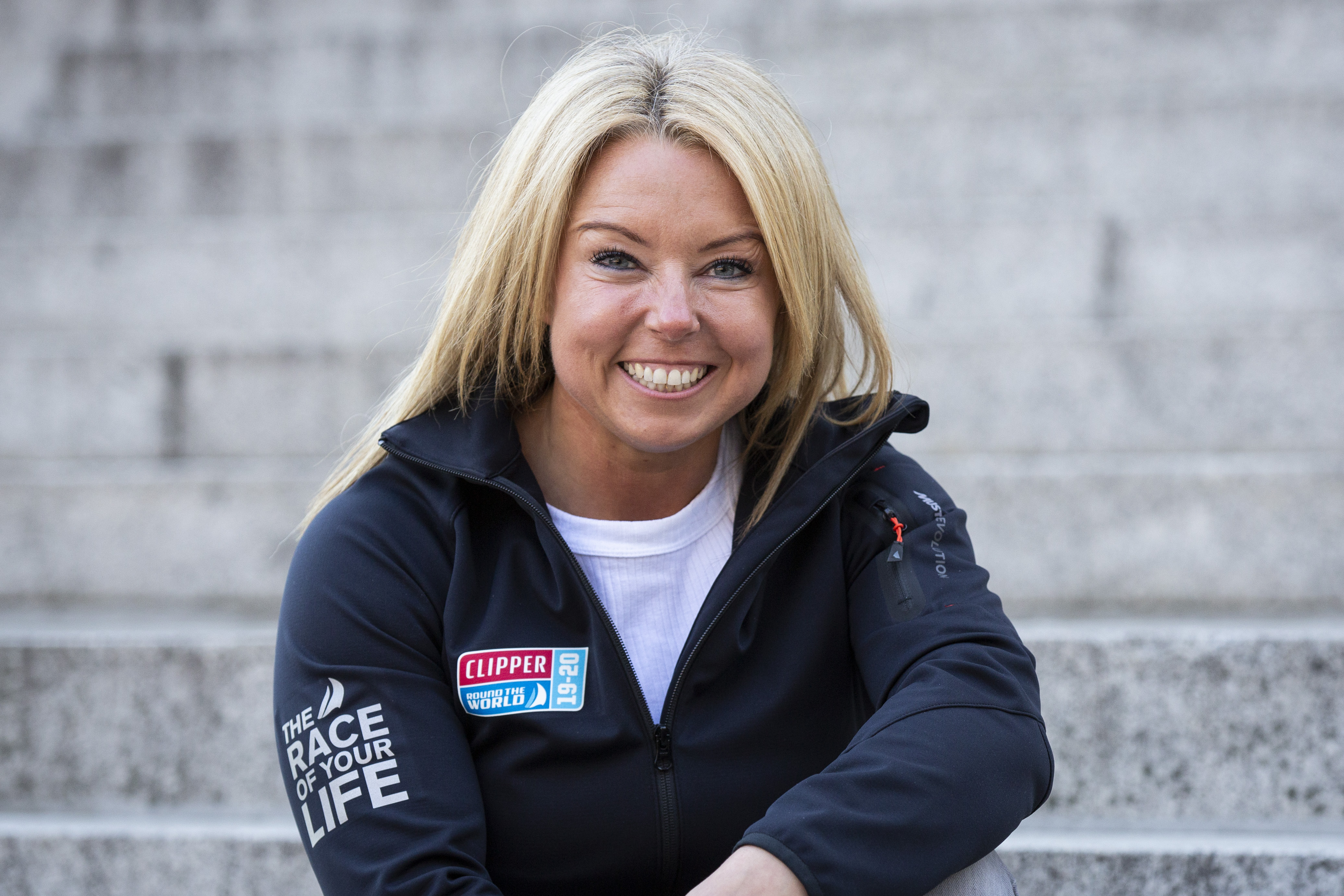 Sara McBride, a 34 year old Hairdresser from Perth, Scotland, was allocated to team Seattle with Skipper Ben Keitch and says: “I signed up to Leg 7 because one of my clients and her daughter [Melanie and Jasmine Morris, who will compete in Legs 5 and 8 onboard Team Mark] had signed up and I heard all about it!

“I’m so excited! I can’t stop smiling! I’m looking forward to getting my Clipper Race jacket and I’ll be putting that straight on my Instagram.” 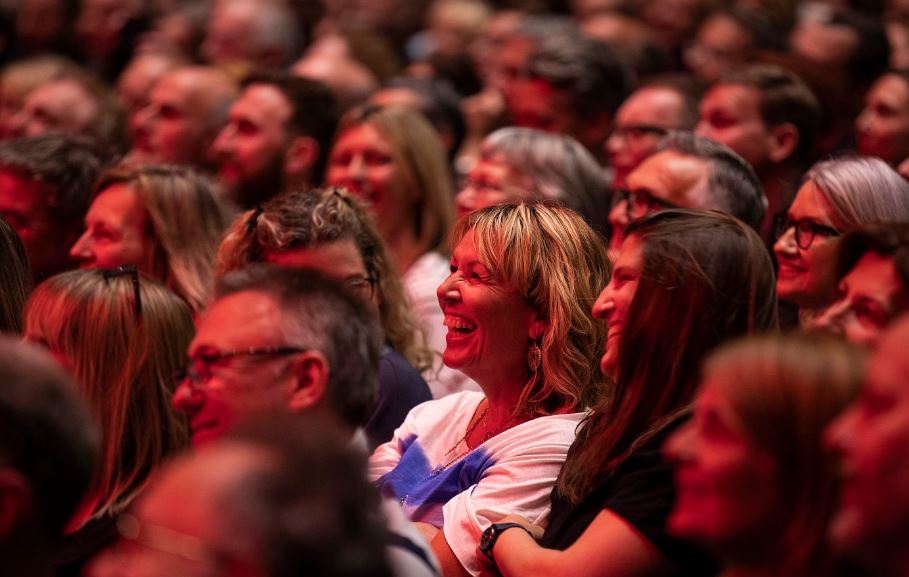 IMAGE: Plenty of smiles in the crowd during Crew Allocation for the Clipper 2019-20 Race.

Level 4 training, the first time crew will train with their Race Skipper and their teammates, commences in under a month. With race preparations ramping up, legendary sailor and Clipper Race Founder and Chairman Sir Robin Knox-Johnston says: “The next thing for crew is to get together with their Skippers and learn to race as a team. We’ve taught them to be safe on the boats, taught them how to do some of the evolutions, but there is still more to learn.

“When we put the crew out in a racing environment, suddenly it sharpens them up and they start to take it all in. They also realise just how much they’ve learned in the previous three weeks of training and that’s when their confidence starts to grow.”

Almost 700 people have now signed on for the Clipper 2019-20 Race. There are waiting lists for certain legs, including the opening Leg 1 and homecoming Leg 8, and places are limited on the remaining six. If you too would like to race across oceans to exciting locations like Punta del Este, Cape Town, Fremantle, the Whitsundays, Sanya, Zhuhai and Qingdao, click the link below to find out how to apply.

After making its Host Port debut during the Clipper 2017-18 Race, Punta del Este, Uruguay, is set to return bigger and better by adding a debut team entry - led by Spanish Skipper Jeronimo Santos Gonzalez - in the upcoming edition of the…

As part of the Crew Allocation festivities, the all-important details for Clipper 2019-20 Race Start were revealed to the expectant…