The story behind the picture gives a whole new meaning to the phrase ‘fireman’s lift’.

For IchorCoal crew members Lizzie Tricks and Davina Watson, what was meant to be a standard victualling trip turned out to be much more thrilling on a sizzling hot New York summer’s day.

Lizzie and Davina were on the way to start victualling when they spotted a fire engine responding to a call out. They went to investigate and to take photos in the hope of getting the most original picture and be crowned the winners of the race’s New York photo competition.

Once the emergency was over, they told the fireman about the Clipper Race, and posed for photos together before going back to the fire station in the engine with the fire crew.

Lizzie and Davina were enjoying coffee and cake with the fireman at the station and showing them their sailing photos before the siren sounded for another call out.

Lizzie, a trained nurse, and Davina, an anaesthetist, volunteered to be the medics and went with the fireman to respond to a small grass fire, and even ended up holding the fire extinguisher and wearing a helmet during the call out. 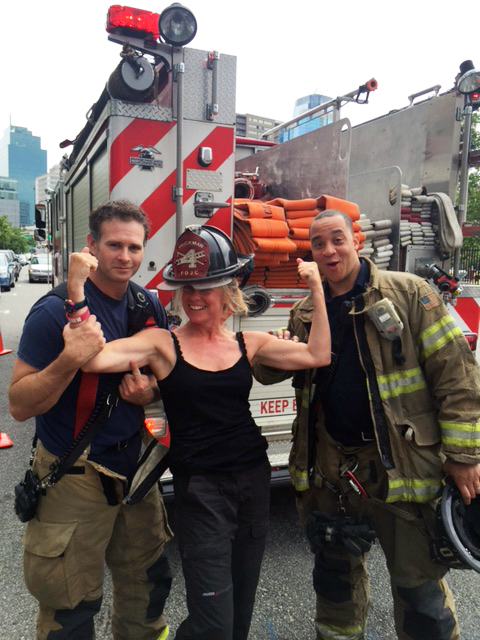 They then asked if the team could possibly drop them off at the cash and carry for their victualling, and the firemen duly obliged, leaving the pair at the front door of the supermarket.

“When we were finished, the firemen then picked us up and dropped us back at the boat with all our shopping bags,” explained Davina.

“We gave them a guided tour of IchorCoal which they found interesting, and they should be coming to see the boats later on this week with more of their department.”

“We also have a bit more victualling to do, so we may give them a call to get them to give us a hand again as they were so helpful and accommodating,” added Lizzie.

“We don’t need to hire a van - we have the New Jersey fire department helping us. The other race victuallers are asking for the number, but we are guarding it carefully. Our IchorCoal crew mates thought it was hilarious, and said that it was typical of the two of us as we are shameless,” Lizzie added. 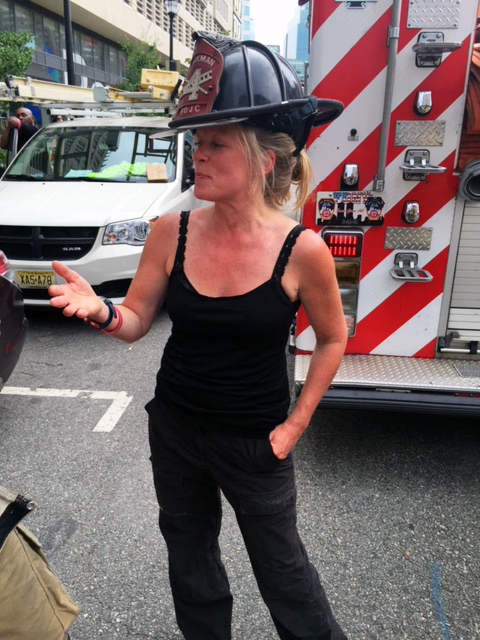 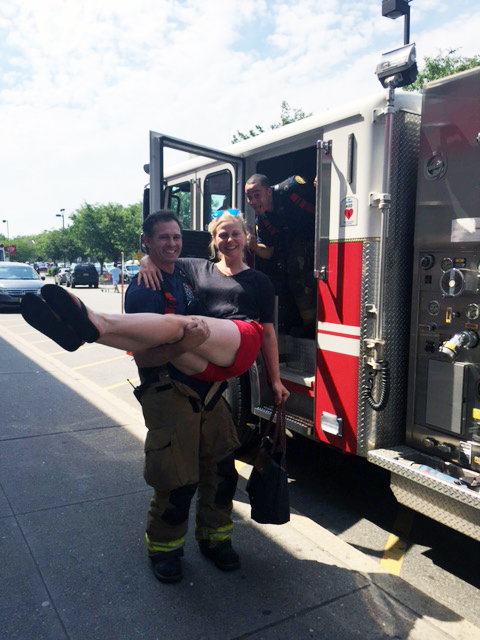 An honour every team hopes to win, nominations for the Henri Lloyd Clipper Race Seamanship Award open today.In recognition of the extreme challenges faced by the crew, both as individuals and as a team, our Official Technical Clothing Partner Henri Lloyd is rewarding its coveted…

With the Manhattan skyline forming a stunning backdrop at sunset the prize-giving ceremony for Races 10 and 11 took place at Liberty Landing Marina following the conclusion of The LMAX Exchange – RACE of THE AMERICAS.All the teams gathered to celebrate the end of US…