Race 1 has been a first test of what is to come during the Clipper 2019-20 Round the World Yacht Race. With a wide spectrum of conditions from a tough beat upwind, to surfing downwind, from gale force winds, squalls and gusts up to 40kns to the flat calm of the final day; Race 1 has had it all. And the finish only added to the drama.

The race finishers and arrivals continued throughout the early hours of Monday morning. Taking fourth place after crossing the finish line at 02:55:04UTC was an exuberant Zhuhai team. Spending the majority of the race in the middle of the pack, Zhuhai had already added two bonus points to its tally after crossing the scoring gate third and completing the Ocean Sprint in the third fastest time. They will now add eight further Race Points to the overall tally. 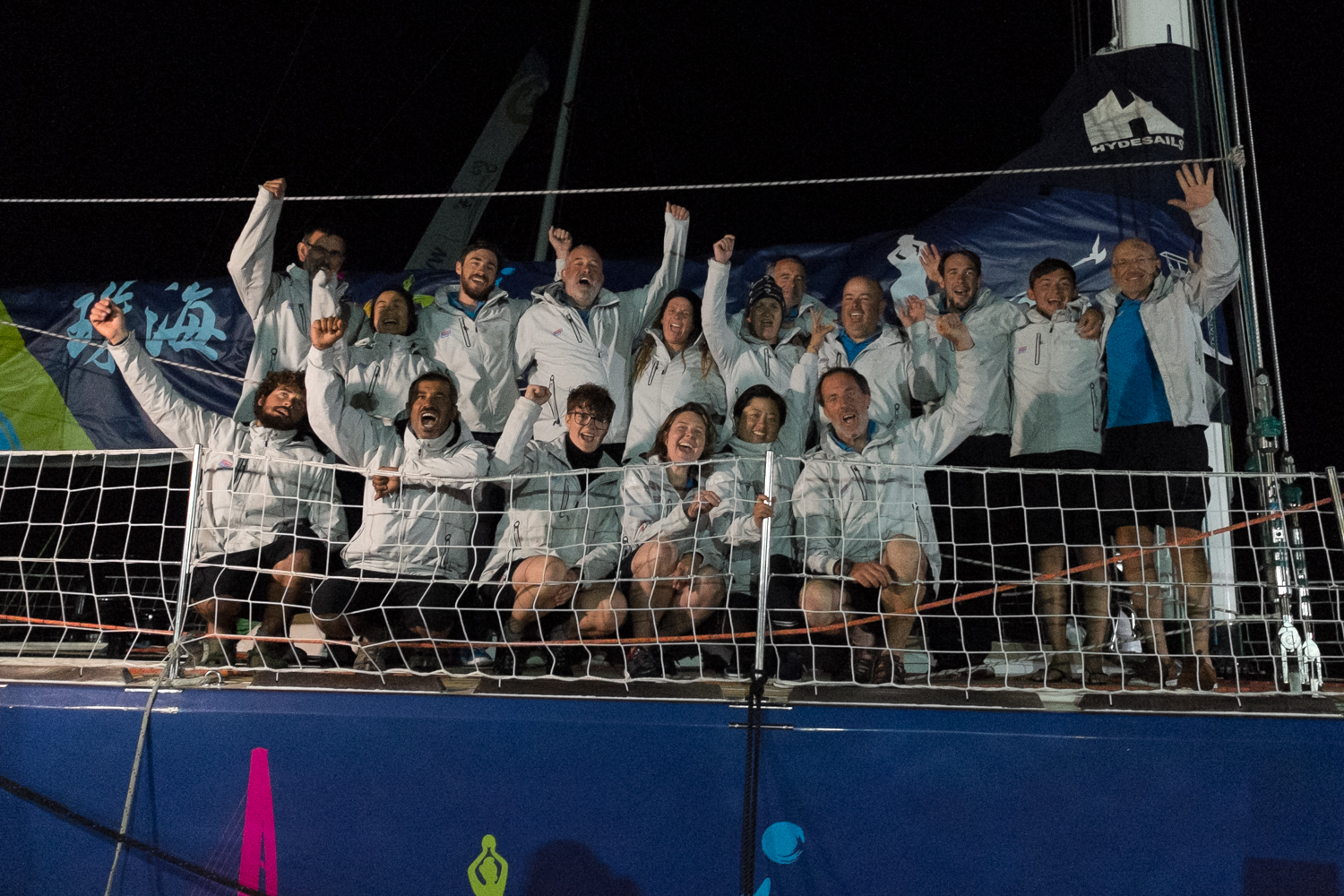 Skipper Nick Leggatt said: “I am unbelievably proud of the crew. This race was very challenging, with some interesting times on the boat but the crew really pulled together. We had little team meetings everyday, which were quite open and frank at times about how hard we were going to push and we pushed to the limit and this was the result.

“We pretty much had everything, I don't think I would ever want to repeat that beat up the English Channel. But we had an unbelievable Ocean Sprint down the Portuguese coast, third fastest and I think second or third fastest top speed in the fleet so really, really exciting. I think we have proved that the boat is quick. Somehow we ended up at the back of the fleet but this morning everything changed and we charged up to near the front and really happy with the result.” 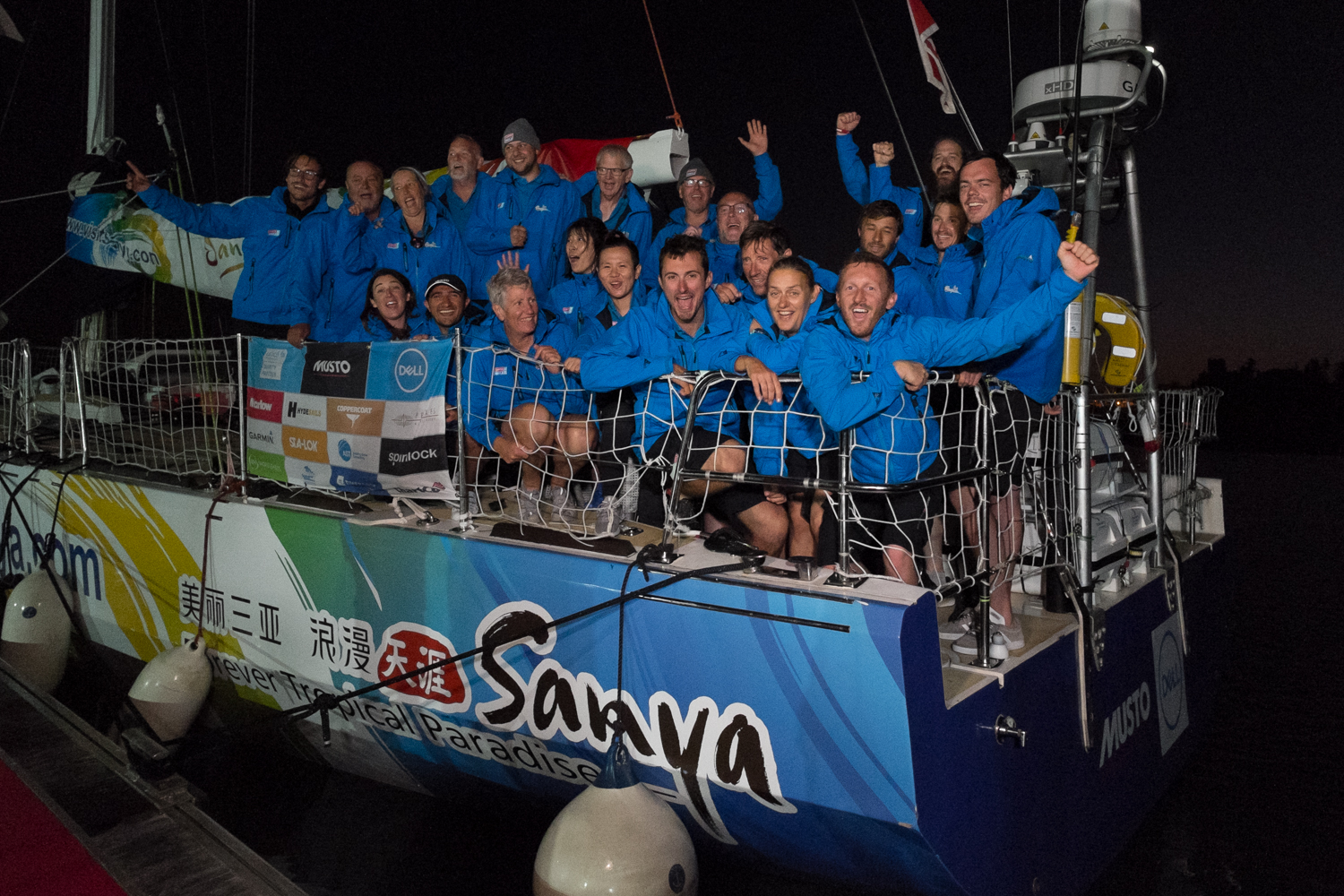 After crossing the line at 03:17:22UTC Visit Sanya, China Skipper, Seumas Kellock, reported: “It was a great sailing, a bit of everything a tough last few hours though; thought we might have been in before sunset but we were in just before sunrise! Good to be here and we didn’t drop any major positions in the last 12 hours which was all we could have asked for in the conditions we had.”

Just over six minutes later Unicef finished in sixth. A roller-coaster race for the team as they were holding second place for the majority of the final day racing until, along with Qingdao, the team got caught in an infamous wind-hole which ground their progress to a halt. The crew persevered and Skipper Ian Wiggin said: “The race was really, really good fun. The team will do anything to push the boat, help and support each other - that is invaluable. We got unlucky with some fluky winds at the end and so it took us 24 hours to do the final 20 miles which was painful, but we will be back.” 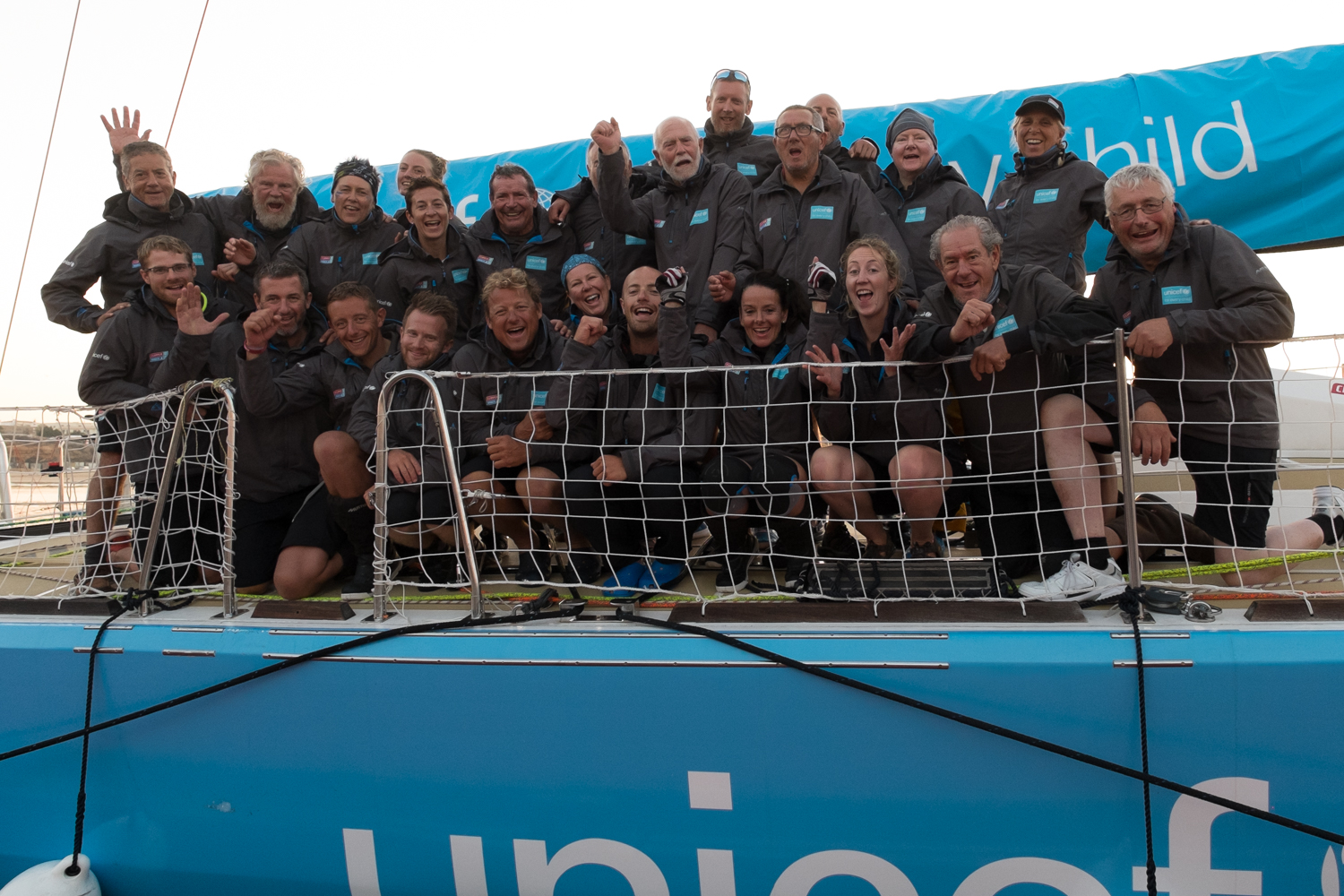 He added: “I am so proud of their achievements, they have only known each other for three months, but it feels like so much longer. They are a team of successful individuals who come together, unite, with a common goal of pushing the boat for Unicef. It doesn’t feel like work, I enjoy being of the team I enjoy being a part of this event.”

Mere minutes behind Unicef was the Imagine your Korea team, led by Skipper Mike Surridge, the team crossed the finish line, off the break waters in Portimao, at 03:25:04. On the conditions he and the crew faced Race Skipper Mike reported: “It was a real rocket ride in places, it was really hard work going up the english channel, Biscay was just enormous, surfing at 25 knots down waves, big winds and all in all a real challenge. 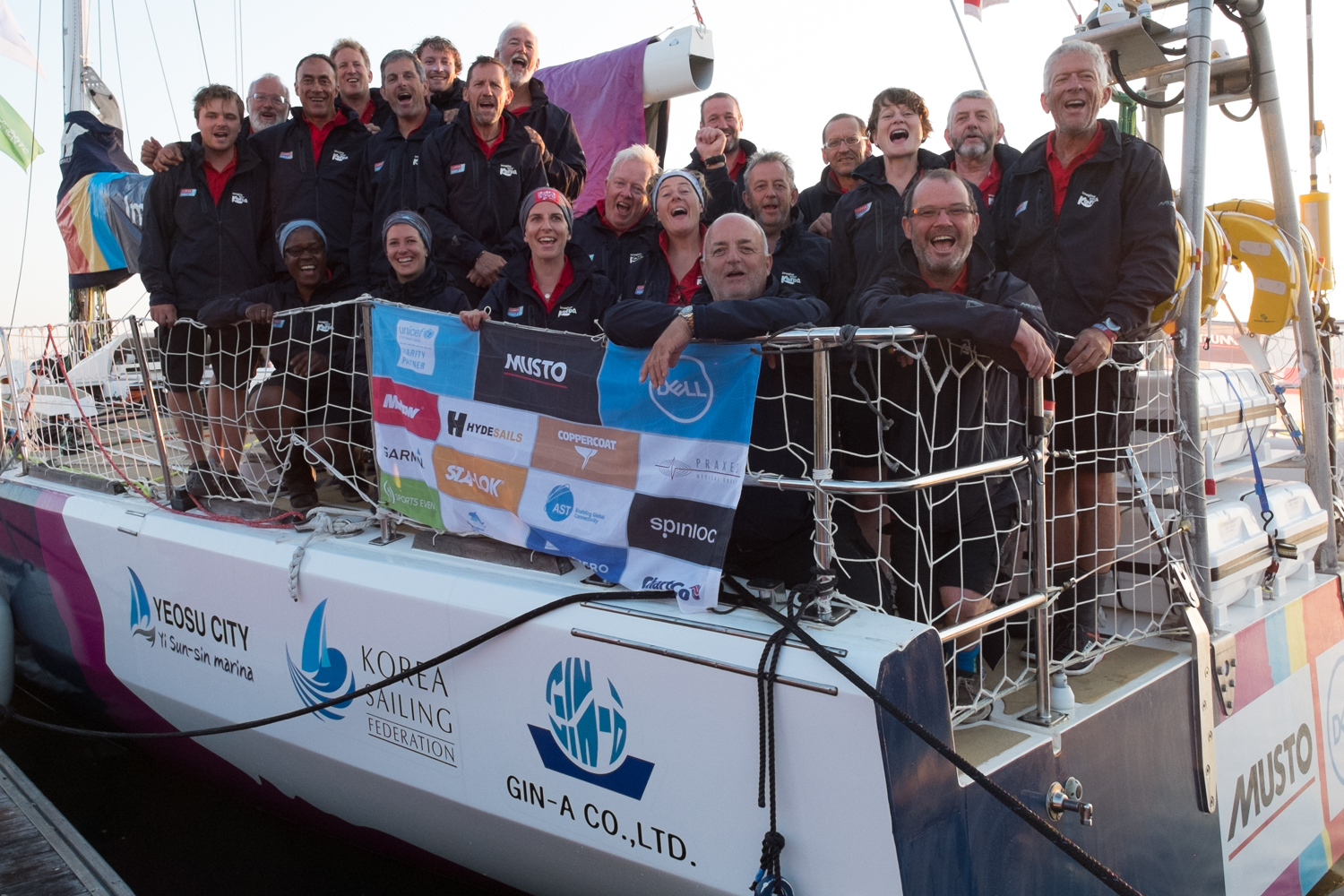 “We got a big wrap on our spinnaker that gave us some tricky moments but we had some great times and we made some of the distance up in the end.”

Ha Long Bay, Viet Nam, completed Race 1 at 04:09:12UTC in eighth place. Race Skipper Josh Stickland reflects on one of his favourite moments from the race: “Surfing down waves and reaching 29.7 knots, we have it on video to verify the speed!

On the race itself and how the Ha Long Bay, Viet Nam crew are working together, he said: “It was good fun, we have learnt a lot. Still a few bits to learn and do but we are enjoying ourselves and we have been discussing from our Grahame Robb Associates sessions; Forming, Storming, Norming, Performing."

For GoToBermuda and many of the other teams it had been a very long night and early morning after being in the running for a podium finish with Qingdao and Unicef the team struggled to get into clean wind and ultimately saw the final position suffer because of it. Crossing the line at 05:00:12UTC GoToBermuda finished in ninth. 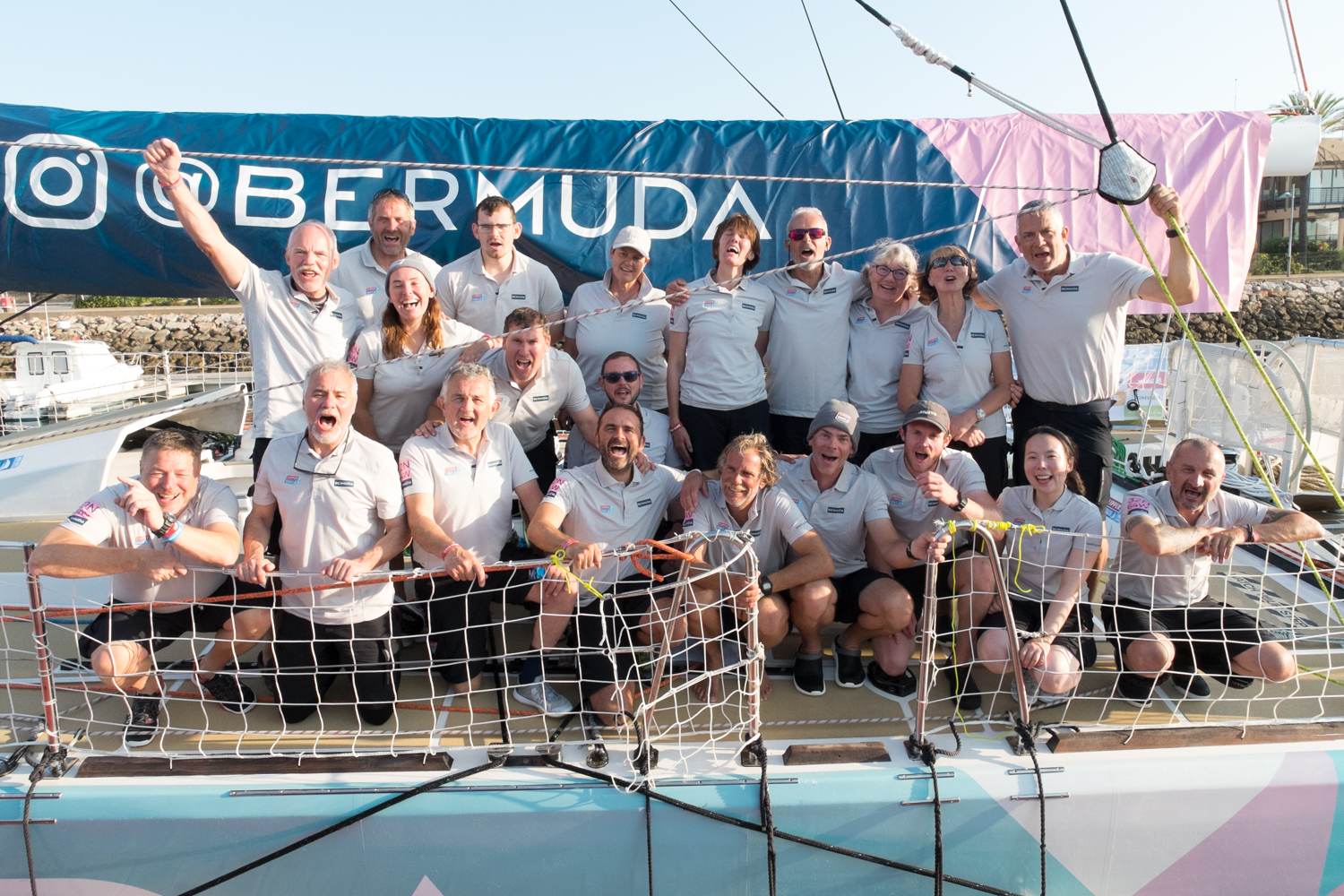 There was a short interlude in arrivals until the wind began to build and Seattle stormed across the finish line at 11:48:50UTC. It had been a tough race for the Seattle team. Dawn Widdowson, Circumnavigator from New Zealand, reported: “It was very challenging, I think we had a bit of absolutely everything, but in the end of it we have come out of it a really good team. Going forward I think we are going to be awesome. 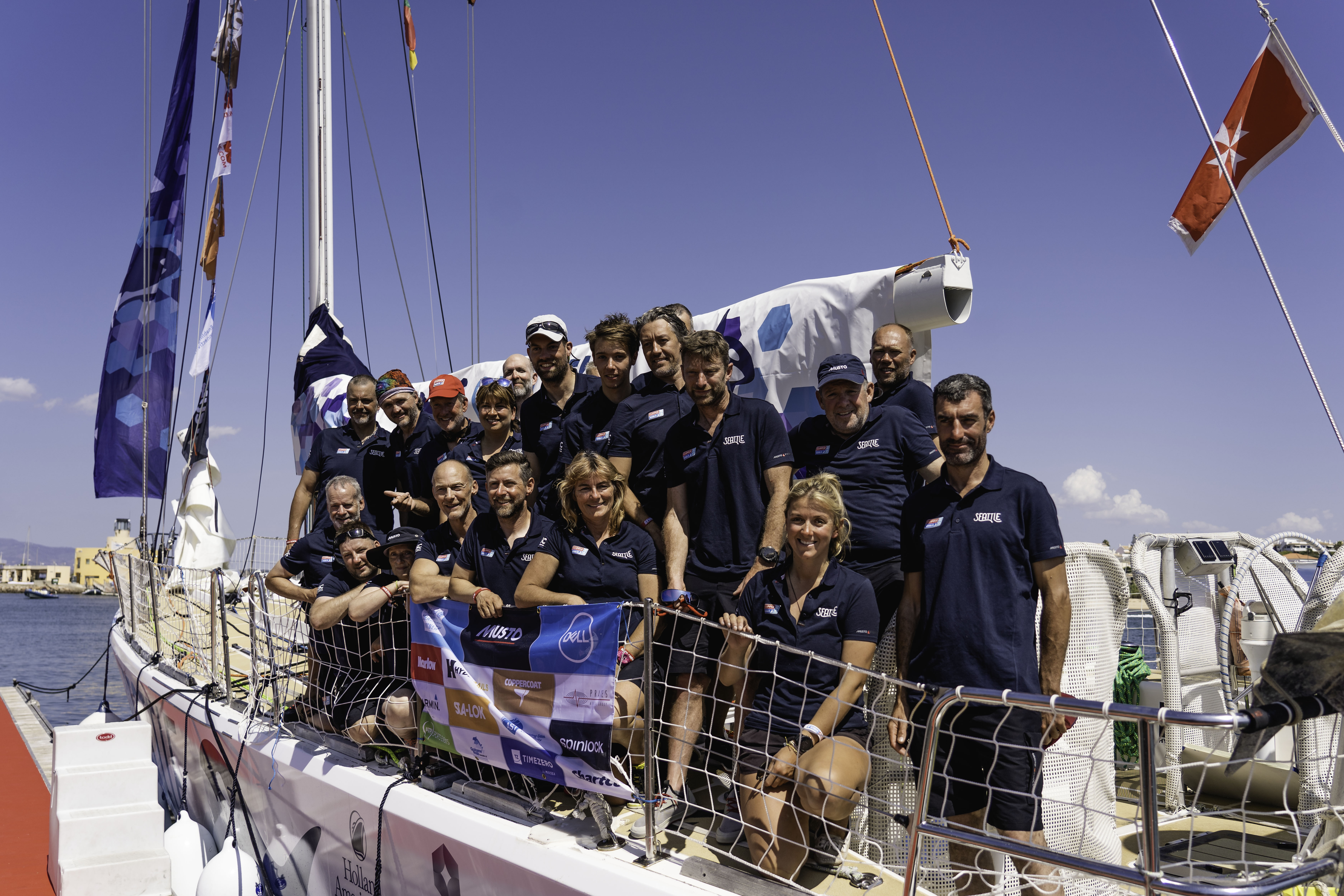 Concluding the arrival celebrations into Marina de Portimao was WTC Logistics. Gliding across the finish line under full Main and Code 3 spinnaker a textbook letterbox drop on the line saw them finish at 13:38:03UTC in eleventh. 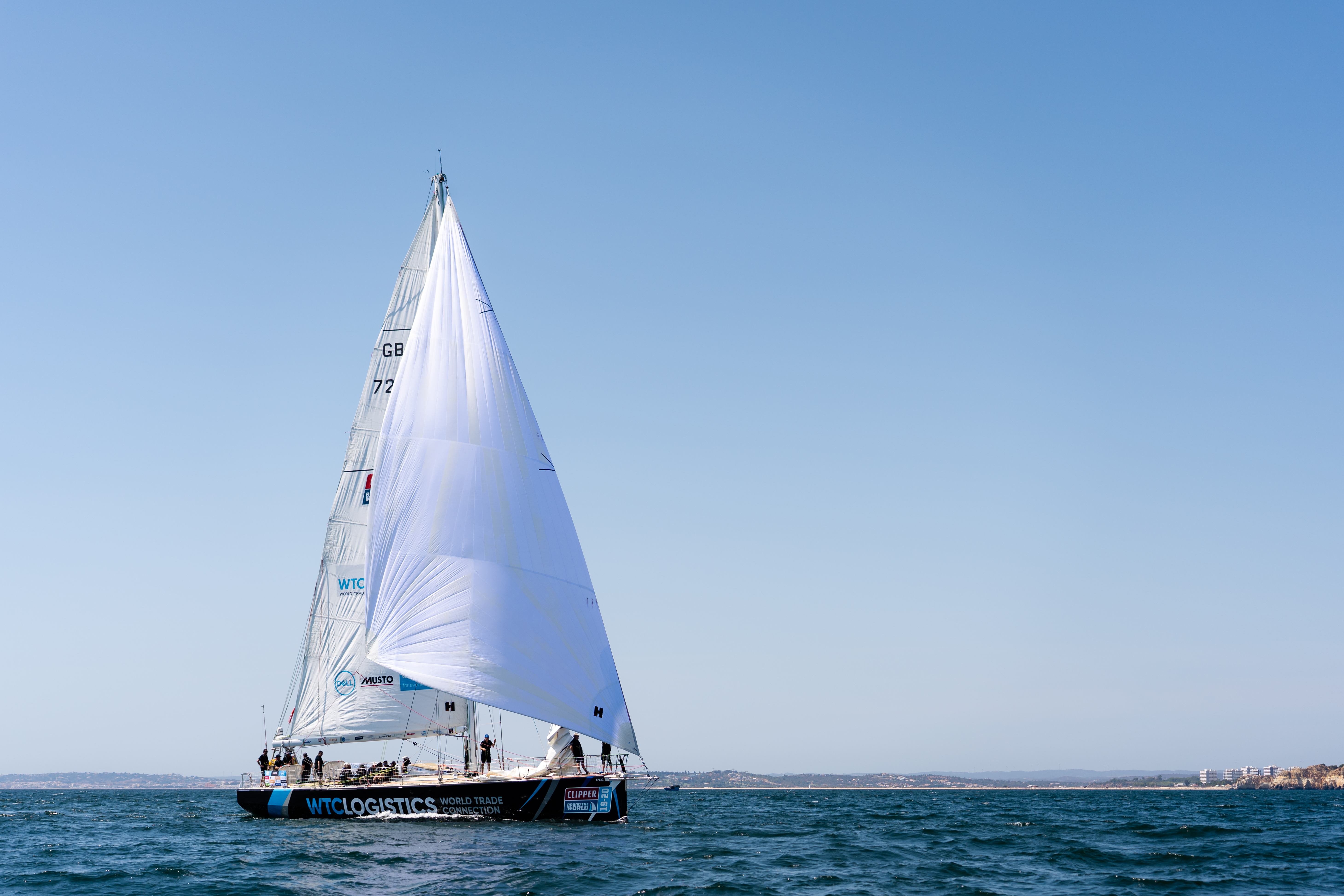 With Race 1 now complete the entire fleet arrived within 13 hours of each other, reflecting how competitive the Clipper 2019-20 Race teams are and with the last minute changes in the leaderboard during Race 1 means it is all to play for in the next race.

The yachts will be berthed in the Marina de Portimao until the start of Race 2, to Punta del Este, Uruguay on the 15 September. With the Host Port putting on a plethora of activities for crew and supporters alike the marina will be a hive of activity over the next week, kicking off with Crew Party tomorrow evening.

“The surfing at constant 25 knots for some time was some of the best sailing I've done, ever…”Chris Books, Skipper of QingdaoImage: Ha Long Bay Viet Nam surfing down waves off the coast of Portugal todayThe eleven Clipper Race teams enjoyed a…