Teams talk tactics as they approach the Bay of Biscay Scoring Gate on the fourth day of racing and it was great news for the Chinese team which claimed the first bonus points of the circumnavigation with Qingdao crossing first followed by Visit Sanya, China and Zhuhai.

The Scoring Gate is a line between two virtual marks which a team can choose to pass through. The first three teams who cross the gate gain extra race points (three for first, two for second and one for third) but teams must make a tactical call to go out of their way for the points that can make all the difference, or keep heading towards the finish line. Weighing up routes and strategies is a huge part of everyday life on board a Clipper 70 and crews are adapting nicely. 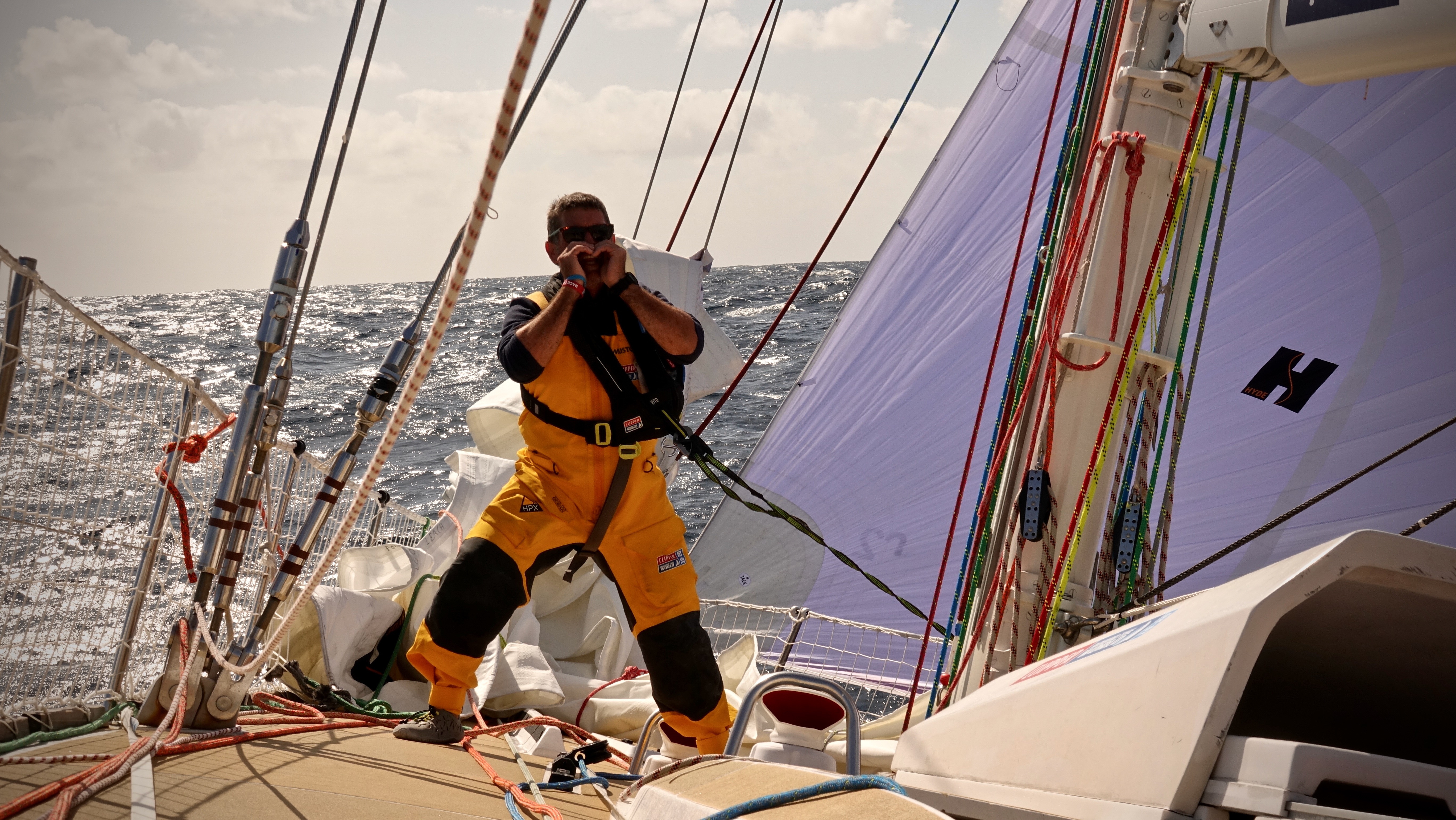 Skipper David Immelman, on board Go To Bermuda said “We made an early call to head for the scoring gate but when we were about halfway there we saw other boats were going to get there first, so we diverted back on course for the finish. A bit disappointing, but well-done Chris (Skipper of Qingdao), Seumas (Skipper, Visit Sanya, China) and Nick (Zhuhai) and their crews for getting the first race points.”

Each of the eleven teams now face the Ocean Sprint to Portimao but after settling conditions for the crew, they need to brace themselves as weather patterns show squalls around Cape Finisterre as they head away from the Bay of Biscay. “We will need all our strength to face our next challenge; Cape Finisterre. The forecast already seems quite interesting, but my experience of this area is telling me to prepare for much worse, however, luckily, we are going downwind”, Guy Waites, Skipper of Dare to Lead says.

Despite crossing the Scoring Gate line first, Chris Brooks, Qingdao Skipper, fears a later arrival into Portimão, the first stop of the circumnavigation, with the spinnaker out of action. He explains: “There was a lot of shipping traffic and one ship was unable to alter course quickly for us. Despite contacting the ship with our best efforts we had to take some pretty evasive avoiding action which ended in our spinnaker being damaged.”

The Bay of Biscay has brought some balance for the crews working under pressure, with pods of whales and dolphins keeping the fleet company. Punta del Este Skipper Jeronimo Santos Gonzalez describes his team’s experience: “We've seen lots of dolphins (the jumping ones) and two whales. I remember when I was a child crossing these waters with my father and seeing lots of whales breathing water into the air. I get the same excitement spotting these magnificent creatures now as I did 30 years ago.”

Keep an eye on the Clipper Race Viewer for the latest positions, the routes they have chosen and how the decision to head to the scoring gate has affected their success. These are our predicted ETAs for the teams’ arrivals in Portugal – though it can easily change.