It’s been an exciting week for The Clipper 2017-18 Race. After traversing through the Panama Canal another race milestone was also passed - £300k has now been raised for Unicef. From bobble hats to bake sales, a classical concert to yoga - crew, supporters and the race HQ have been hard at work fundraising for the race’s Charity Partner. And the total was reached as UNICEF Panama hosted two special visits during the stopover in the city’s capital.

Since Race Start in Liverpool, fundraising has been getting creative, with ‘pontoon yoga’ and stopover haircuts just some of the ways that have attributed to the £300k made so far. One of the most eye catching efforts is the bright pink bobble hats adorning the heads of Liverpool 2018 crew as they arrive at each stopover. Proudly crafted by Margaret Hind, mother of Skipper Lance Shepherd, and her talented knitting circle, the hats were made to match the vivid colour of the Liverpool 2018 yacht. 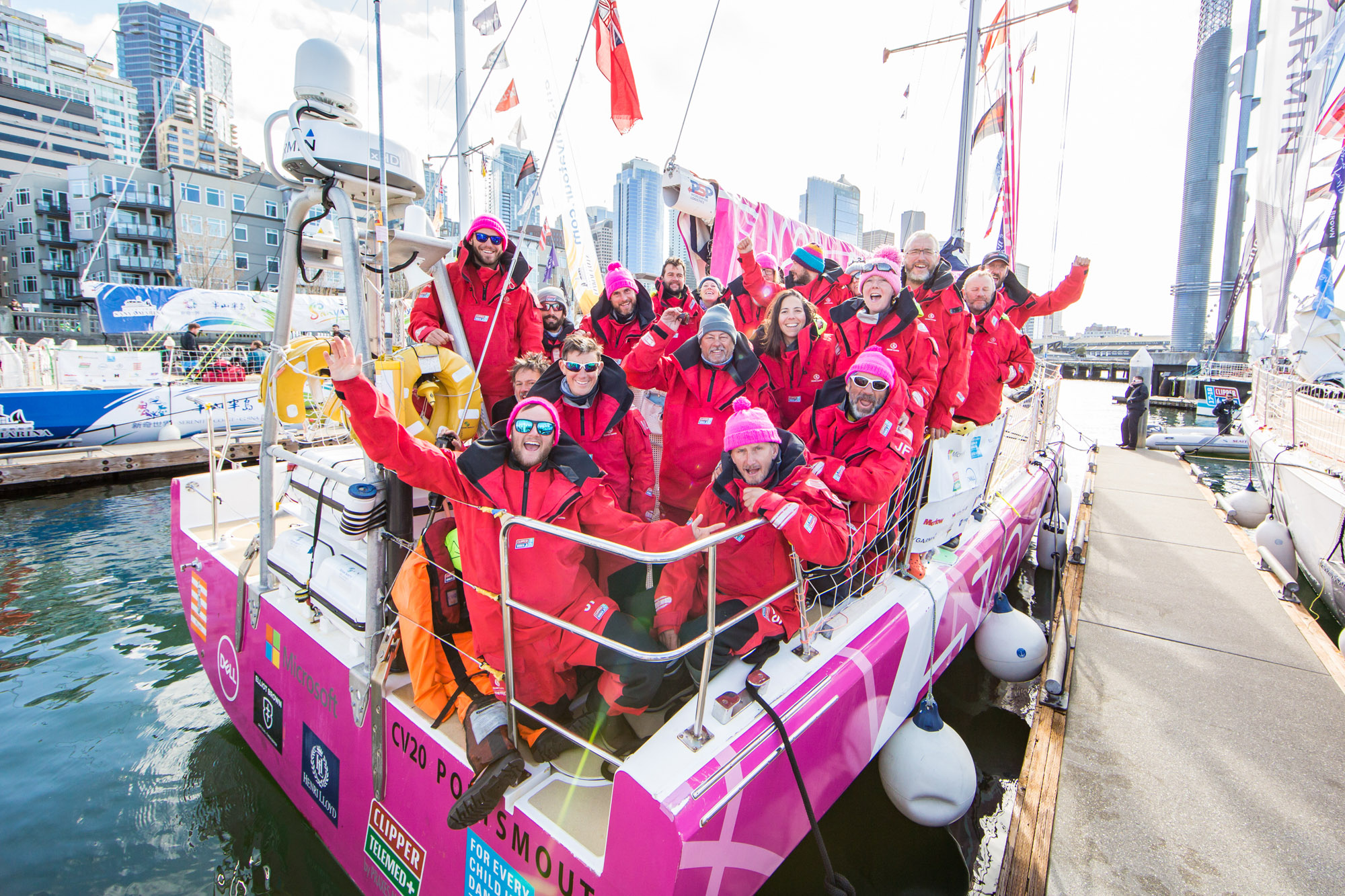 Another fundraising highlight has been the classical concert which took place in aid of Unicef during the recent stopover in Seattle. Organised by Leg 7 Unicef crew member Lisabeth Rose, the musical event was held in the striking Central Library and included a performance by the acclaimed Finisterra Trio.

It was especially fitting that the £300k mark was reached during the Panama stopover as crew were given the opportunity to see first-hand the work that Unicef does in the country. A cross team group visited the Espacio Creativo Foundation, which has developed ENLACES, a preventive program for children from 9 to 18 years of age. Working in the communities of El Chorrillo, Barraza, San Felipe and Santa Ana the program uses the performing arts to develop artistic potential and provides tools for self-care and social skills. Unicef collaborates with the ENLACES program to expand the potential for the prevention of violence against children and their integral development.

The crew joined the children in the classroom, sharing their experiences of The Clipper Race. The children were keen to know what it was like to cross the North Pacific, see wildlife such as dolphins and were also intrigued to know which professions the sailors had back home. A performance by the students followed and GREAT Britain crew member Nicola Thurlow, has spoken about what a privilege it was to visit the foundation. She said: “I’m a teacher back in the UK and the children we met are the same ages as I teach. To see the opportunity these kids have to go to this dance group after school, and see they are so joyful and happy made me happy too.” 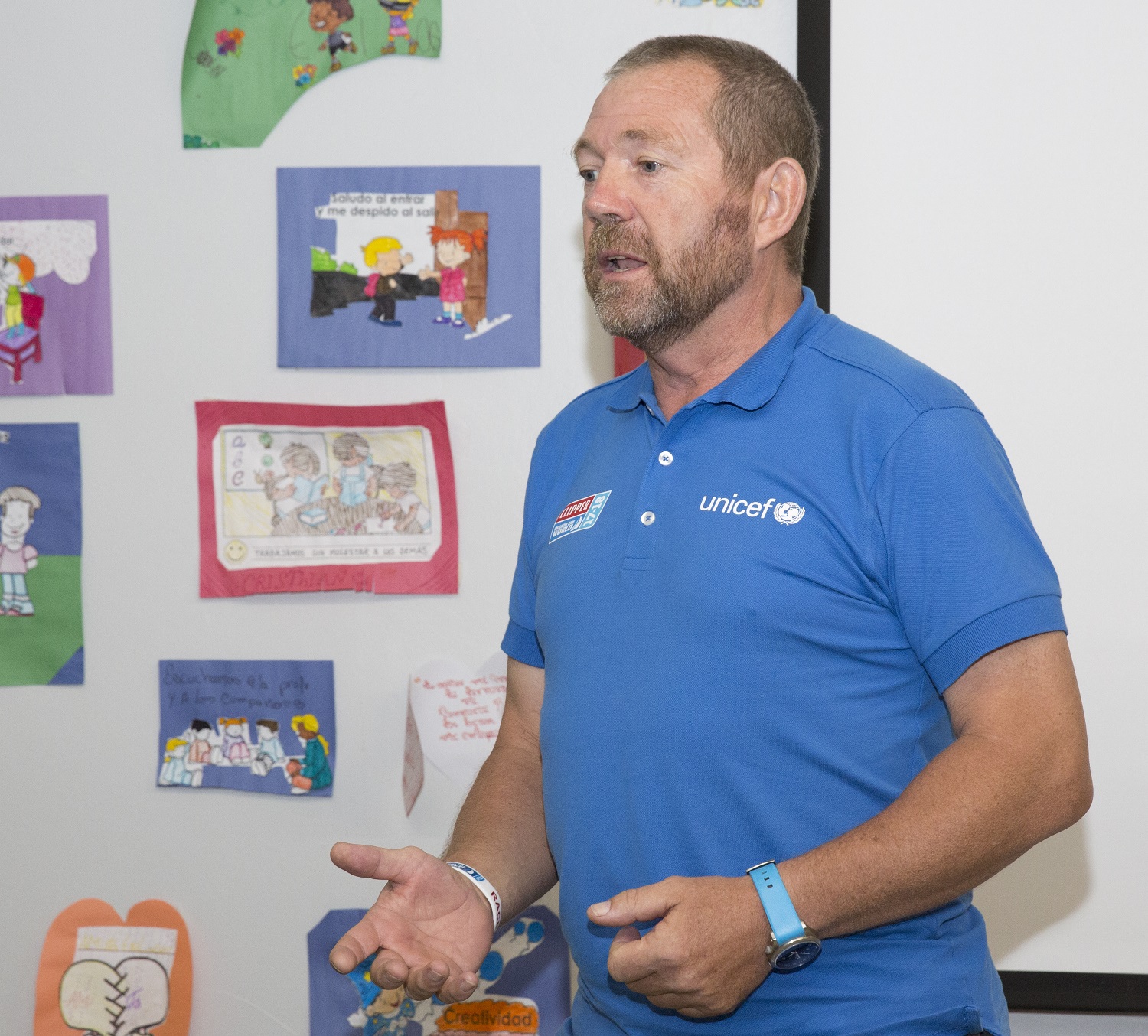 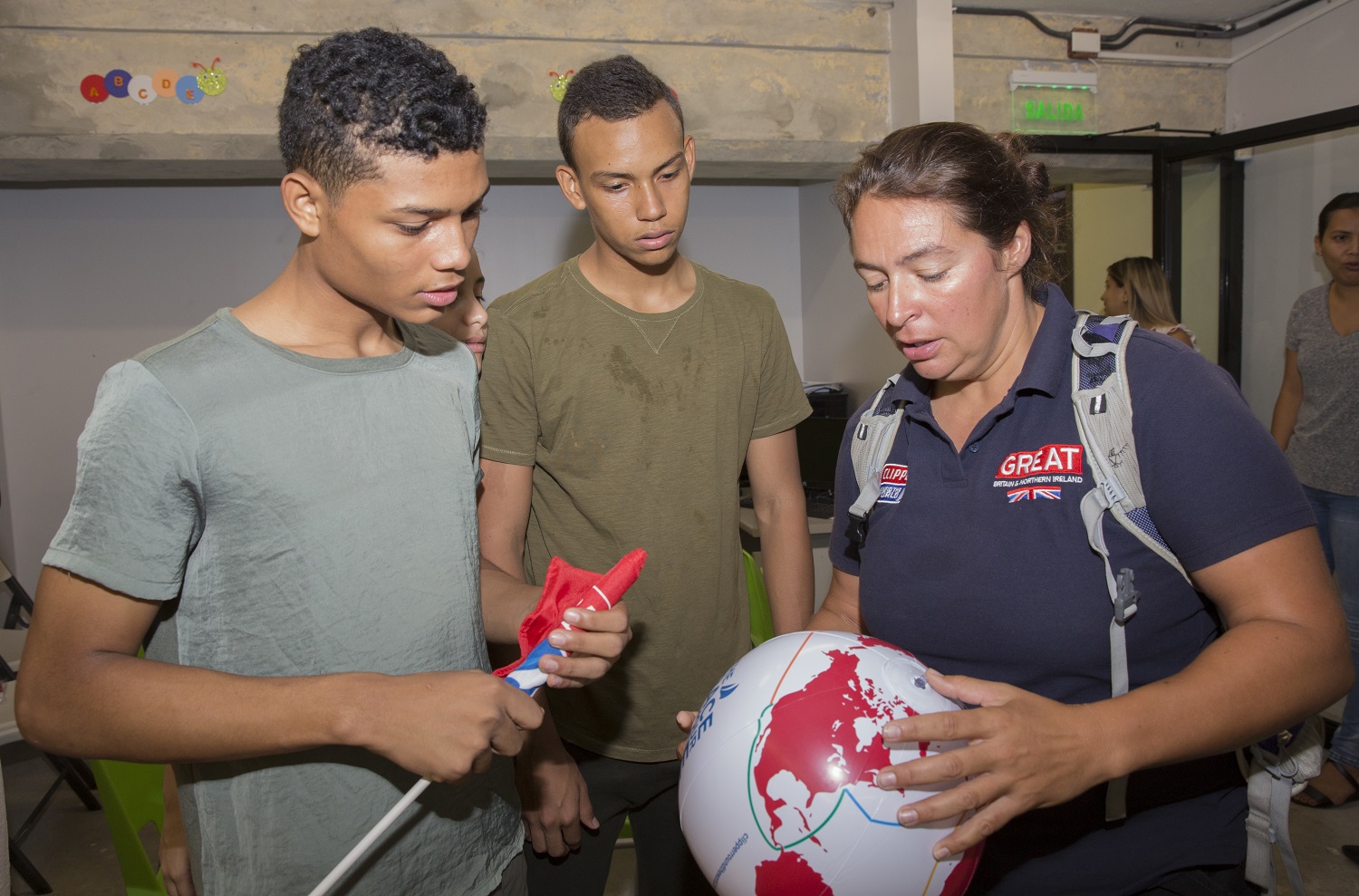 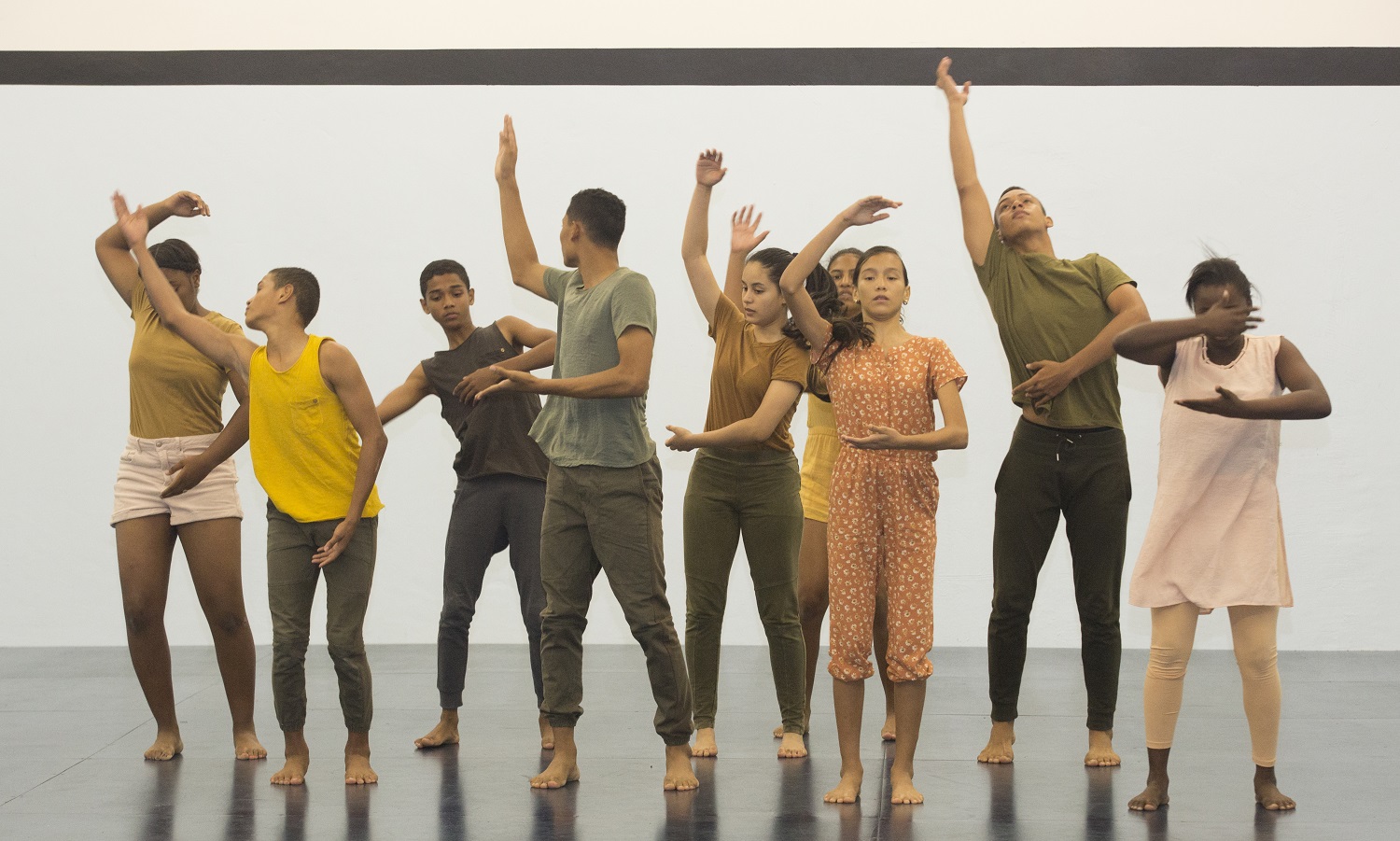 UNICEF Panama also arranged for a group of teenagers, who participate with the Ecumenical Interreligious Committee of Panama (COEPA), to visit the Unicef yacht in Flamenco Marina. As part of the work that UNICEF Panama is developing on ending violence against children, they work together with COEPA on a public advocacy initiative that includes the participation of children as spokespersons against violence.

This group of children, from different faith communities and parts of the country, work with religious leaders throughout the year in a Youth Assembly. This assembly is a space in which children learn about their rights, and are given a forum in which they can share their thoughts on violence against children, and develop leadership skills, using the Learning to Live Together methodology.

Whilst visiting the Unicef yacht the youngsters learnt about life on board, navigation, as well as the values of teamwork, tolerance and dialogue that are fundamental to coexist in a small 70 foot space for more than 11 months and are also three principles that are at the heart of their initiative. 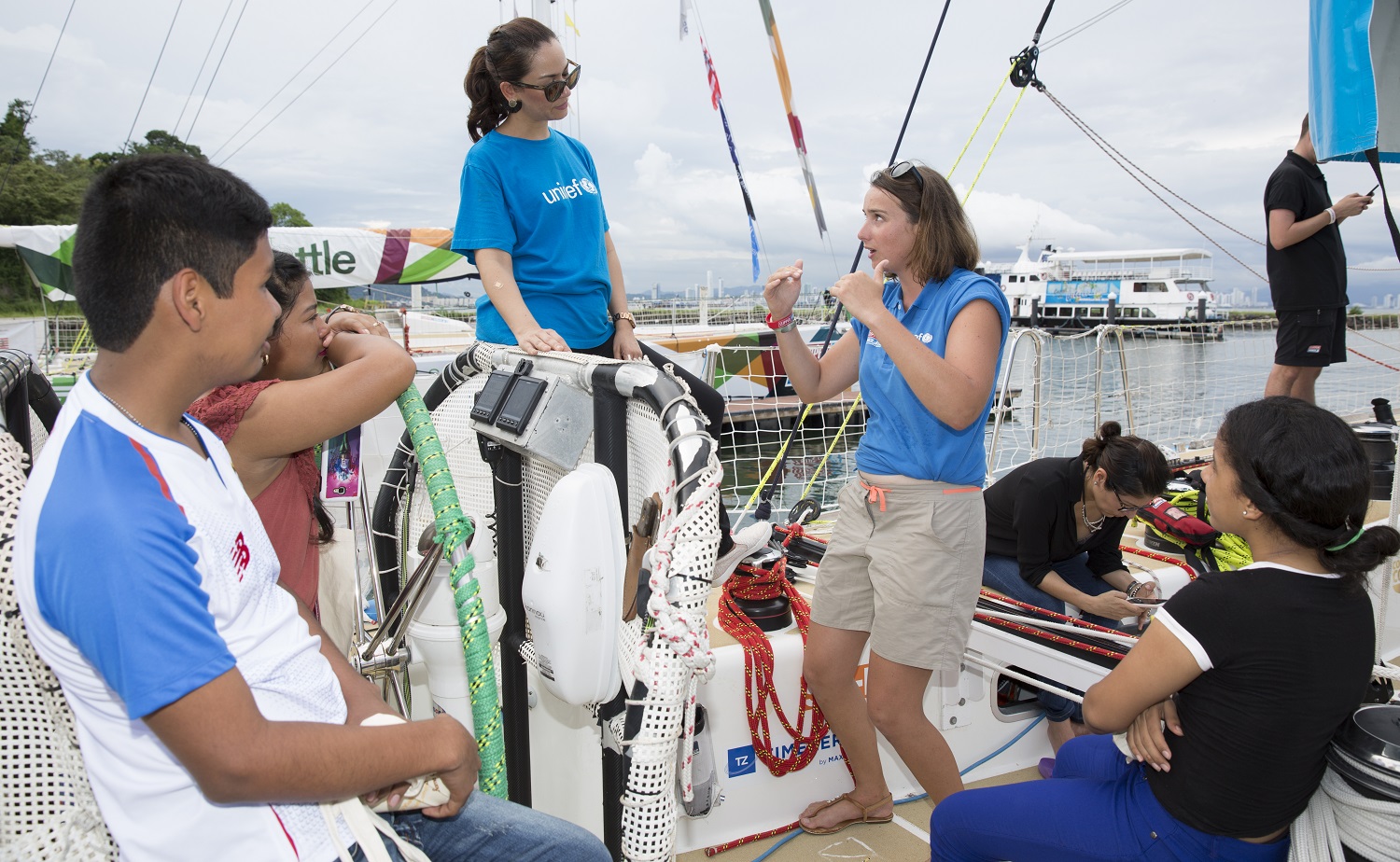 Unicef crew member, Anne-Lise Perrin, 30, from France, who is competing in seven of the eight Clipper Race legs said: “It’s been an incredible experience for us to get to visit Unicef projects here in Panama, to better understand the work the charity does. I feel very proud to be representing such an important cause.

“The young people at the dance group were just amazing, the skills they are learning are clearly adding value to their lives and futures. I enjoyed getting to show the young people from COEPA around our yacht. Often it is easy to think we are going through tough times when we are at sea but then you hear about the challenges these young people face in violent and dangerous situations, it really puts our own experiences in perspective.”

Raising £300k is important milestone for The Clipper Race but with £100k more to go to reach the £400k target, many more exciting fundraising projects will be announced later this month. To find out more about how you can help raise funds for Unicef, please click here.