The Race Committee has confirmed it is awarding redress to Greenings after its forced diversion to Porto for a replacement Skipper. The total time to redress is 2 days, 10 hours, 44 minutes and 51 seconds.

In accordance with the Clipper Race Sailing Instructions (24e) 'no redress will be given for medical evacuations' but in line with 24b it was decided that under the circumstances, Greenings could not continue racing without the Skipper on board and were instructed by the Race Director to divert to Porto for a replacement Skipper.

As such, redress will not be awarded for the initial diversion and medevac, but will be given for the forced diversion to Porto after the completion of the medevac until the exact time that Greenings resumed racing.

Greenings will be informed of the official times of the first three teams across the Scoring Gate - as will the rest of the fleet - and then may decide whether to go for the gate or not.

The official results for the Scoring Gate will therefore only be announced after Greenings has either crossed or bypassed the gate.

All final race positions for Race 1 will be announced once Greenings has crossed the finish line and redress has been applied to the elapsed time.

Greenings resumed its Clipper 2017-18 Race campaign just ahead of midnight last night after its diversion to Porto following injury to Skipper David Hartshorn.

David, who was dockside to wave his team off as they left Portugal yesterday, said: “The crew are far stronger, and far more determined than ever before because of this experience.

“They’ve got the rest of this race with Dan Smith now, who led his team to second place the last Clipper Race, and I know they will benefit from that experience. They are a great crew, with lots of self-belief and I know they will put everything into doing very well, not just in the remainder of this leg, but in all future races.

“I’m gutted not to be with them now but I’ll be back as soon as I can!” 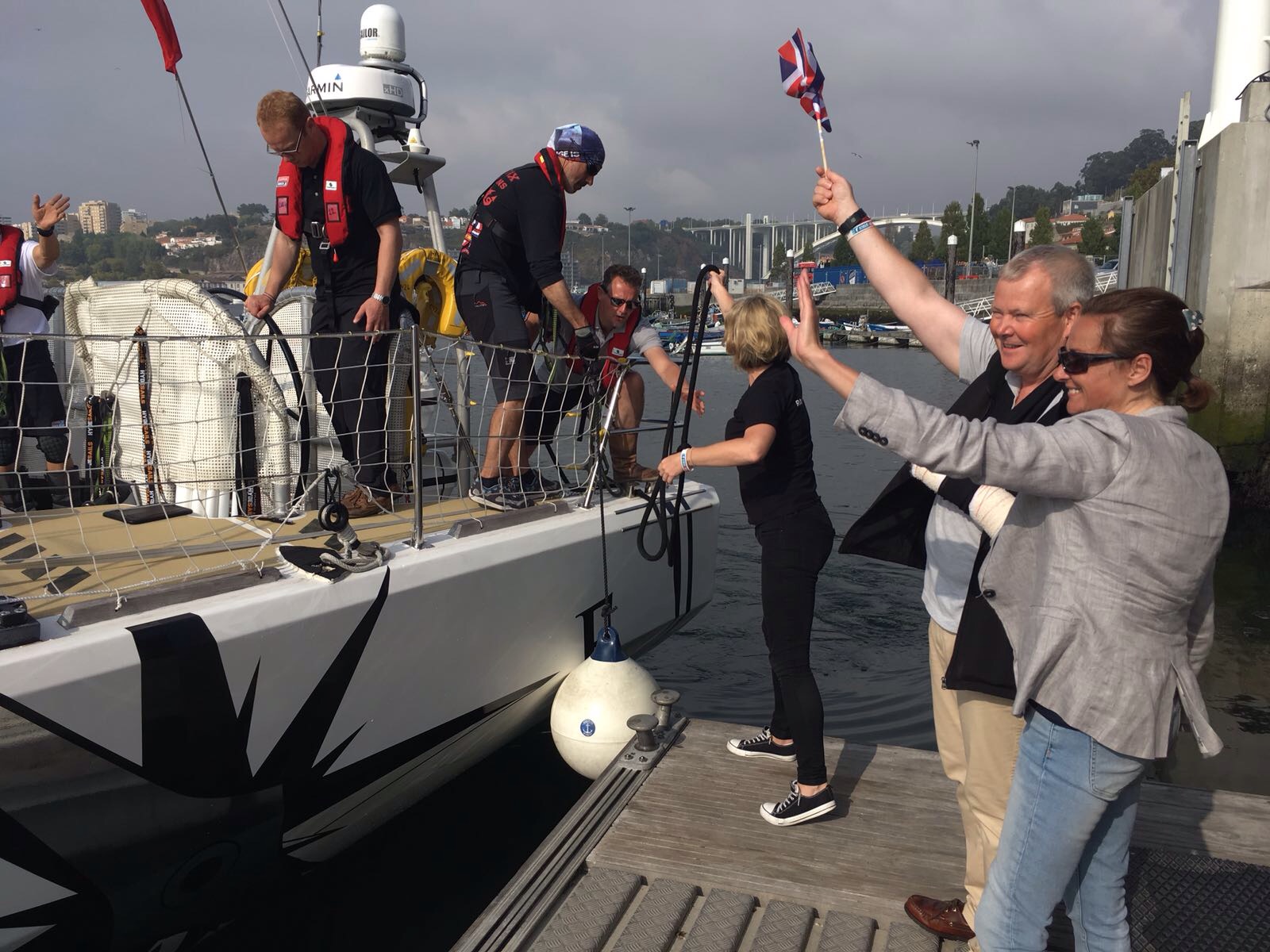 Andrew Greening, Founder of Greenings International who sponsors the team, said: “We are immensely proud of how the team has come together to keep things as smooth as possible through this rough patch. For now, we wish all the crew purely a safe passage on to Punta del Este and want to warmly welcome aboard Daniel Smith as our Skipper in Dave’s absence.”

Praising all those who assisted in the situation, Mark Light says: “As well as thanking the Greenings crew who reacted incredibly well and remained composed under tough circumstances, we would also really like to thank ClipperTelemed+ by PRAXES Medical, our remote medical support partner, the helicopter crew from the Portuguese Rescue Services, and the staff at Hospital de São Sebastião.

“As one of our team Skippers, David is incredibly important to us and our race success and together, the care and attention the hospital staff provided David helped him get the treatment he urgently required which we hope will allow him to return to the race and lead his team once again.”

The overall time for Greenings for Race 1 will be calculated as the elapsed time from Race Start in Liverpool, until the time the team crosses the finish line in Uruguay. A redress claim has also been requested to the Race Committee.

Click here to track the team as they strive to pull back miles on the rest of the fleet.