Gender is never an issue on the Clipper Race – everyone does their bit to get the boats 40,000 nautical miles around the world. But when approached by Australian group She Went Wild, we couldn’t resist the chance to celebrate the achievements of our female crew and Skippers whilst in Sydney.

In the past, Sailing has been a male-dominated sport but with women making up more than a third of the Clipper 2017-18 Race crew, it shows how the adventure of a lifetime continues to attract more and more inspirational female role models.

Race 4: The ClipperTelemed+ Tasman Test from Fremantle to Sydney was won by Sanya Serenity Coast Skipper Wendy Tuck, whilst Visit Seattle Skipper Nikki Henderson was just 17 minutes behind in second. It’s the first time a stage of the Clipper Round the World Yacht Race has resulted in a female one-two finish. 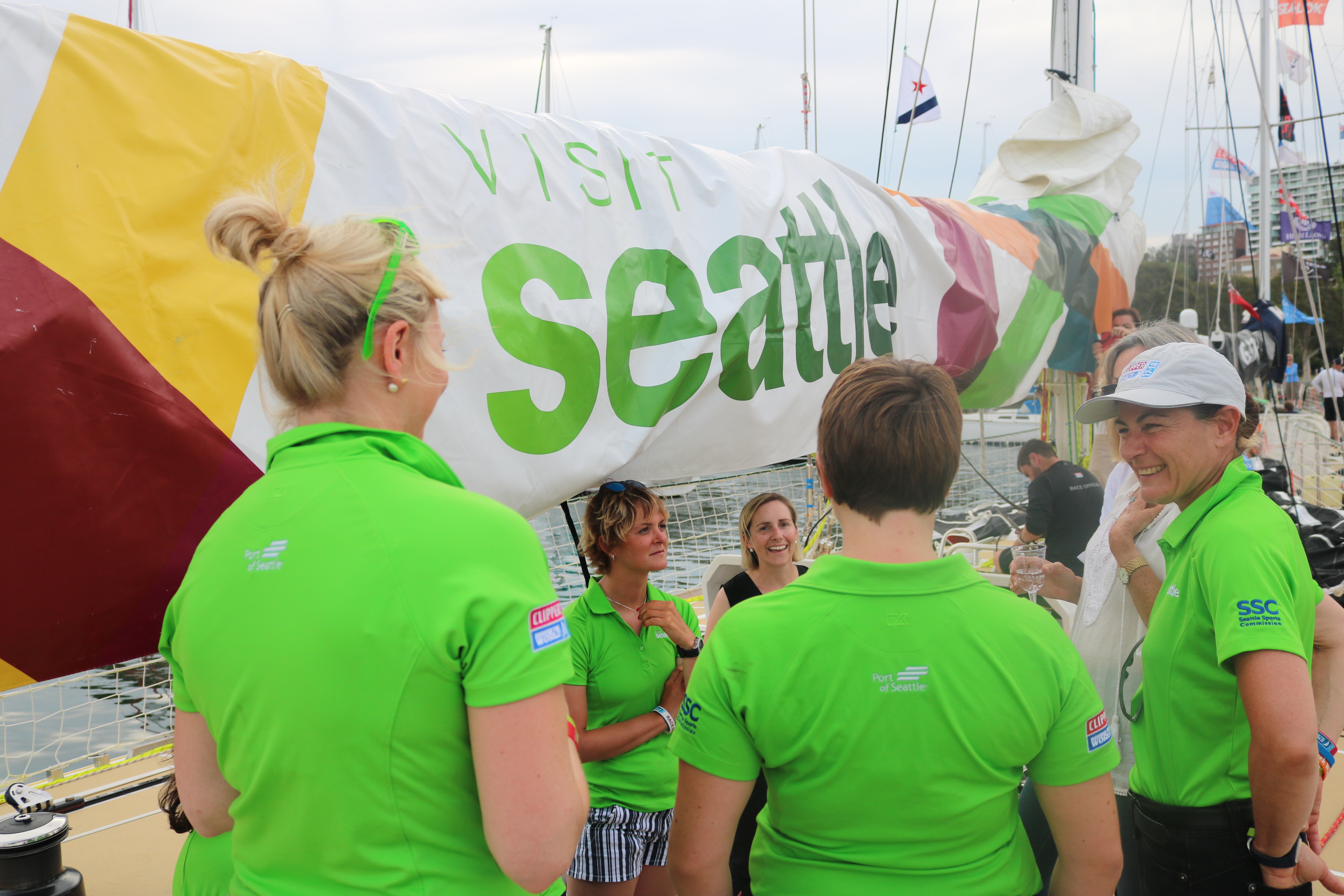 IMAGE: Skipper Nikki Henderson and some of her female Visit Seattle crew welcome guests onboard.

To inspire women to take part in their own adventure, the Clipper Race supported She Went Wild at the Womens Adventure Expo, which took place at the Sydney Showgrounds in early December. Clipper Race alumni Lisa Blair, who this year became the first woman to circumnavigate Antarctica solo, spoke at the event about her sailing adventures, and invited attendees to come and tour the Clipper Race fleet at the Cruising Yacht Club of Australia (CYCA) in Sydney.

They were welcomed by Clipper 2013-14 Race crew member Samantha Cook, who introduced the crowd to Nikki, who at 24 is not only the youngest ever Clipper Race Skipper, but the youngest Skipper in the 2017 Rolex Sydney Hobart Yacht Race. 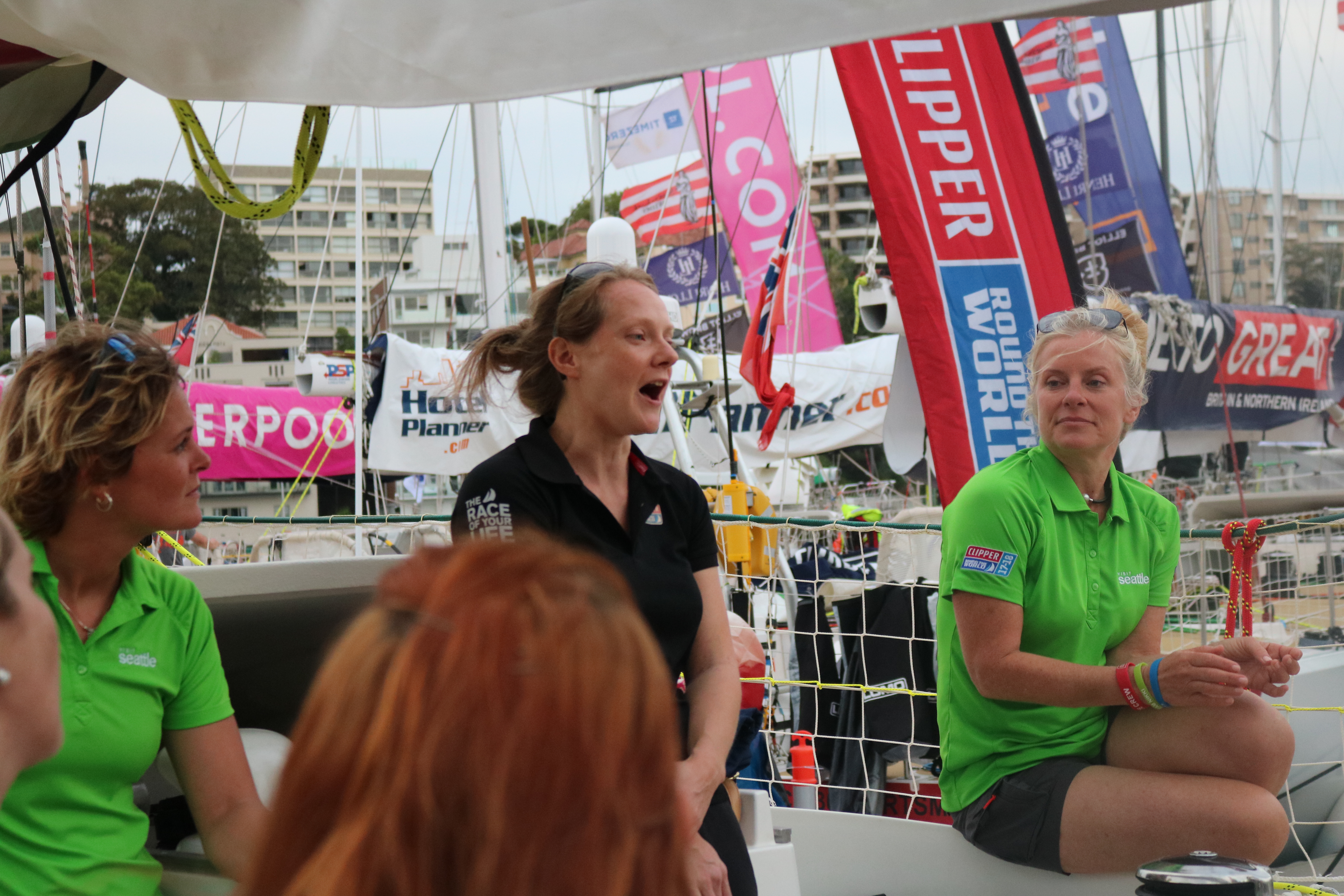 IMAGE: Samantha Cook (centre) talks about her experiences on the Clipper 2013-14 Race.

Prior to becoming a Clipper Race Skipper, Nikki was an RYA instructor for over three years, teaching over 200 students. She also launched a Sailing and Watersports centre in Denver, Colorado. Explaining how she got involved in the Clipper Race, Nikki says: “Originally I wanted to go into sailing because of the business aspect of it and the leadership aspect but I actually ended up doing a lot more sailing and I ended up spending a year out there and then came back to sign up to this race.

“I signed up because of the challenge and the personal development so not only the sailing but the leadership and the team building. Getting to meet all of these amazing people and introduce them to sailing has been incredible and is what this race is all about. The diversity in age and gender, profession and background is very broad and you really, really get to know the crew especially when facing some of the most extreme conditions in the world.”

She adds: “It’s a beautiful thing to see the friendships that form and that’s why I do it.”

Nikki’s Visit Seattle crew includes Lizzie Howe, a British round the world crew member, who says: “I’m a nanny back home and I just wanted a bit of a change in my life. So, I shook it up a little bit, rented my house out, and I may go back to it or I might move somewhere else, and will see what happens really. That’s why I signed up to do it and here I am! I wanted to do it while I could, while my parents are still fit and healthy – when I thought about it, there seemed to be no logical reason why not to do it.”

Fellow circumnavigator Shannon Dean is from the team’s home port of Seattle and after growing up on boats, she took the chance to pursue her dream of sailing around the world after her children grew up.

“I haven’t done much sailing for the last 20 years,” says Shannon.

“My kids have now grown up and I got a bit bored so I changed careers and went to nursing school. One night I was doing an internship and, while in a hospital with the babies sleeping in the Labour and Delivery Unit, I was watching the TV - I saw the Clipper Race fleet leaving for the last race and I signed up myself the next morning!” 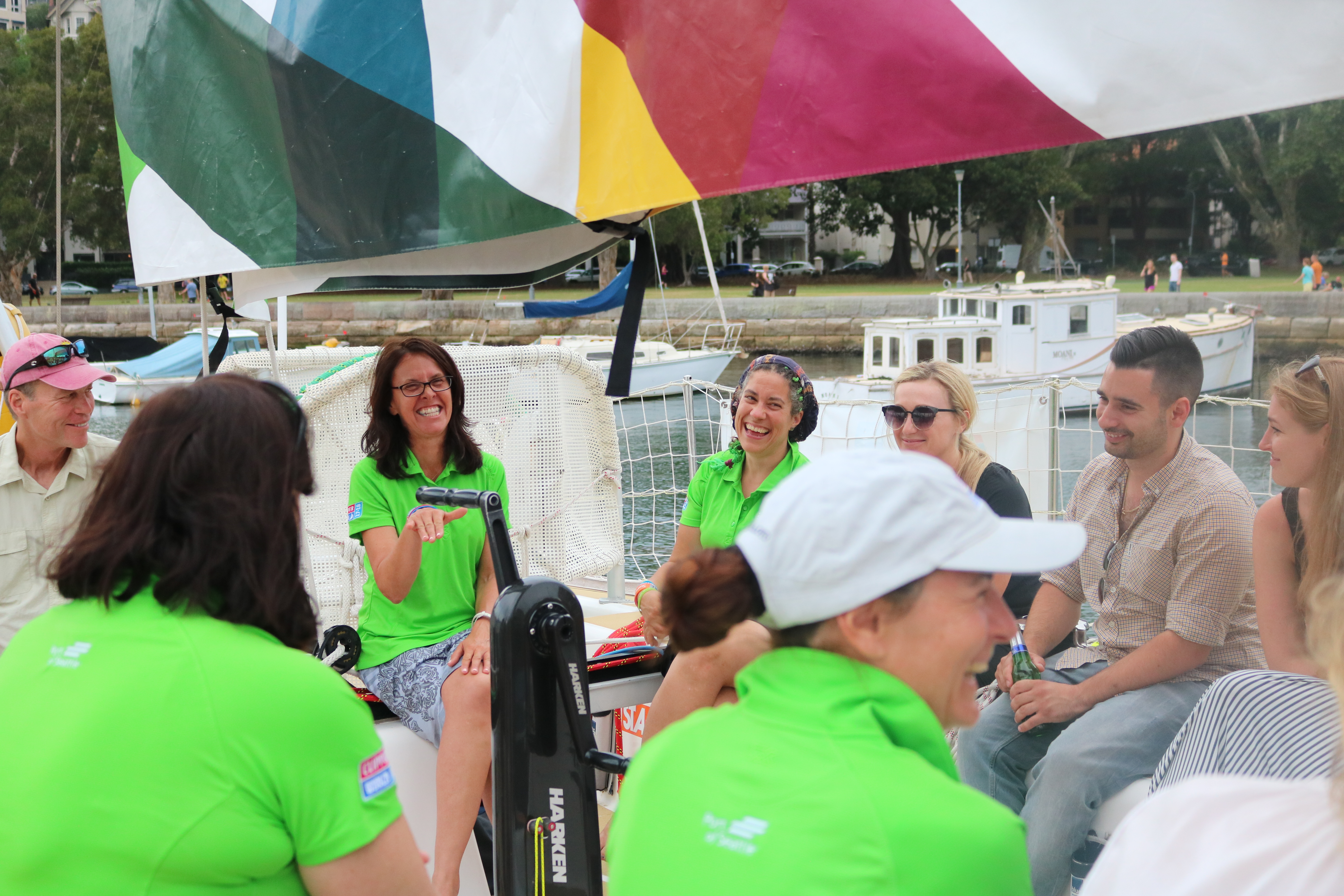 Sailing around the world is no holiday and crew experience some very challenging conditions. Stepping on board for the All-Australian Leg is a surveyor from New Zealand, Bronwyn McAllister, who is completing Legs 4 and 5 says: “As you’ll see there’s no luxuries on board, not even a mirror, which is probably a good thing!”

Coming along to hear the crew speak was Stephanie from Germany who comments: “I was really interested to meet people who do things like this. Everyone has their own story and I think that’s really interesting because it’s like everyday life and it’s something that people can relate to and fascinating to hear the different reasons for people coming on to the boat – it’s inspiring.

“I think it’s quite hard – not getting enough sleep, not having enough space and being on top of each all of the time, which can be difficult. I’m interested in doing some training as I like challenges and who knows if I might end up doing the whole thing!”

Michelle Marr from Watson’s Bay, Sydney, has done a bit of sailing out of the CYCA and says: “I think the Clipper Race is fantastic and really inspiring. When I grew up in the 1950s and 1960s, there was very few women sailing and it’s just great to see the explosion in the last 20 years or so. 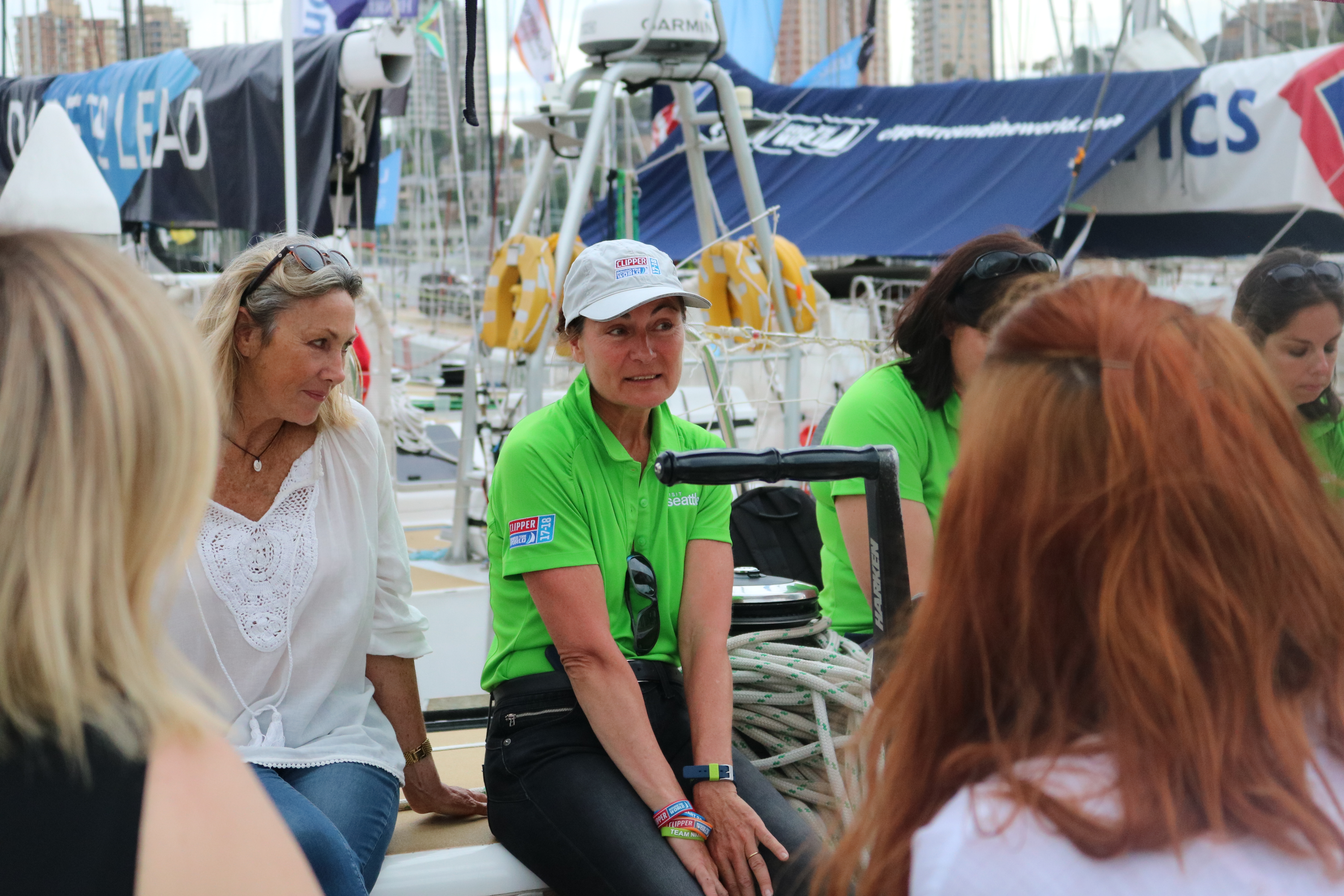 “Women are getting interested and there are the opportunities to do it. There are some great women sailors and Nikki is great because she is young and sparky and can lead a crew while being light and petite. She’s done everything on a boat and is sensible and calm and is a very good role model and team leader.”

Nikki and her Visit Seattle crew will be leaving Sydney along with the rest of the Clipper Race fleet on Boxing Day as part of the iconic Rolex Sydney Hobart Yacht Race. Follow the fleet's progress on the Clipper Race Viewer and read their stories on the Team Pages.