It was a photo finish between Sanya Serenity Coast and Visit Seattle, but Wendy Tuck used her local knowledge to cross the finish line at 21:21:18 UTC (08:21:18 local time) to secure the win in her home town of Sydney.

“It was the most nerve-racking race of my life," says Wendy.

"The lead changed so much, it was such a competitive race so it feels amazing to get the win. Especially with all my family and friends here watching.

"It’s been an exciting race, so glad to have such great teams to race against. Nothing is ever certain, every little bit you get a head could all just go crashing down so easily.

"I'm so proud of my team and congratulations as well to Nikki and Visit Seattle - amazing job!" 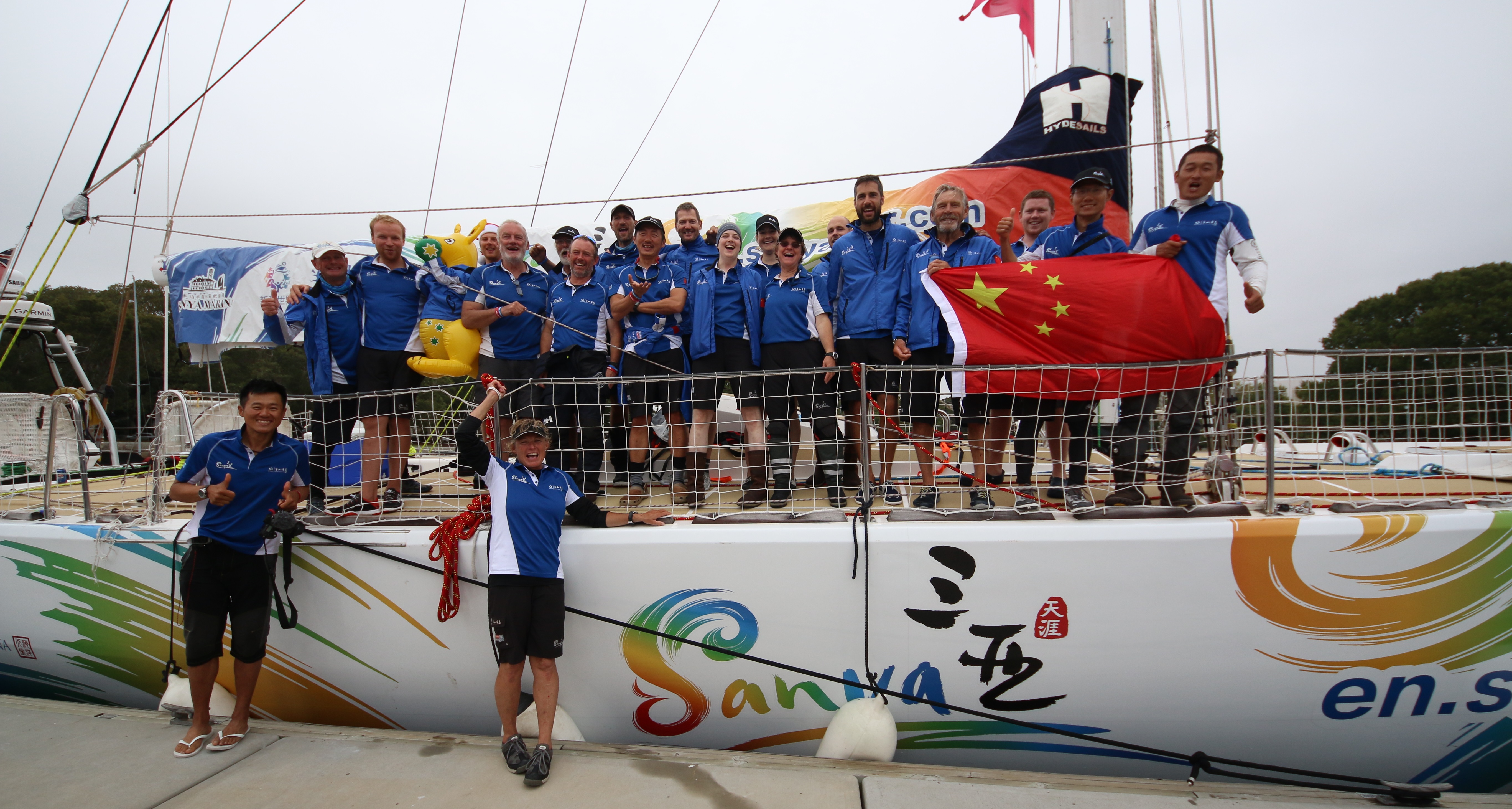 Wendy and her Sanya Serenity Coast team dominated the 2,500 nautical mile race from Fremantle, Western Australia, to Sydney being in the top half of the fleet for the whole distance and occupying top position for much of it. She was given a close run for her money by Visit Seattle with both teams being neck and neck at 1900 UTC with 21.32 nautical miles to go.

Visit Seattle led by the youngest ever Clipper Race Skipper, Nikki Henderson (aged 24), claimed its first podium position of the Clipper 2017-18 Race when it crossed the Finish Line at 21:38:03, less than seventeen minutes after Sanya Serenity Coast, to clinch second place. It was much deserved after being in to the top three positions ever since Day 3. Nikki says: "It was really good fun. It was really hard work but it was nice to have some inshore racing but it is a really good feeling to get a podium. And if you have to come second to someone, then I'm pretty happy for it to be Wendy."

The team has had tremendous support and was greeted upon arrival by representatives from Visit Seattle in Sydney who provided a gift basket of treats for the crew and Ralph Morton, Executive Director of the Seattle Sports Commission, said: "Congratulations to Nikki and the entire Visit Seattle crew on an amazing leg to Sydney! We could not be more proud of having them represent the great City of Seattle and wish them a wonderful stopover during the Holiday season!" 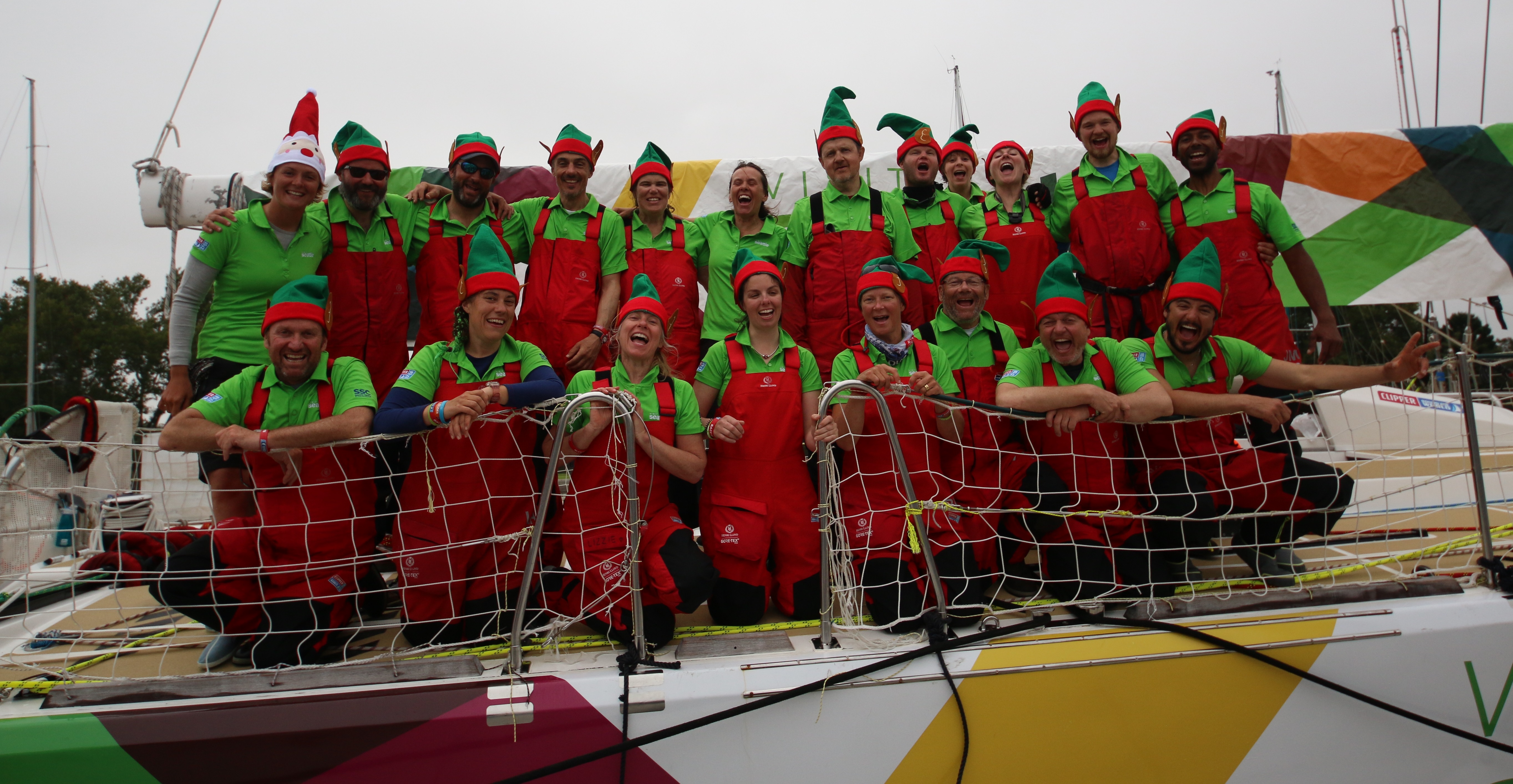 It has been a fantastic race for both female skippers with both of their teams also adding bonus points in the Elliot Brown Ocean Sprint and the Scoring Gate to the Race Points total. Once again, Sanya Serenity Coast was triumphant in the Elliot Brown Ocean Sprint pipping Visit Seattle by just THIRTEEN seconds, thereby gaining three and two bonus points respectively.

Visit Seattle was the second boat to cross the Scoring Gate after Qingdao to claim a further two bonus points, with Sanya Serenity Coast following behind in third with one point.

With both teams safely in to the Cruising Yacht Club of Australia, the focus is on Qingdao, skippered by Chris Kobusch, who is expected to complete the podium positions.