With just four days to go until their Rolex Sydney Hobart Yacht Race adventure begins, the 16 Australian and UK wounded, injured, and ill veterans all gathered together to receive their kit in Sydney.

The group spent the last week training hard on board their two Clipper 68s, which have been rebadged as Invictus Games Sydney 2018 DOWN UNDER (CV5) and Invictus Games Sydney 2018 GAME ON (CV10) for the 73rd RSHYR. With beautiful backdrop of the Sydney Opera House behind them, the introduction was a rare chance for the crews to relax and take in the enormity of what they are about to take on. In what will be his fourth RSHYR, Sir Robin Knox-Johnston will be the navigator for Invictus Games Sydney 2018 GAME ON (CV10). Sir Robin joined his UK crewmates for the announcement at Sydney’s Campbell Cove, saying: “I’m very proud Clipper Ventures is working with the Invictus Games Sydney 2018 to provide these veterans with the opportunity of a lifetime to take part in the Rolex Sydney Hobart Yacht Race.

“Both the UK and Australian crews have worked extremely hard over the last few weeks and I’ve been very impressed with the reports back from their Skippers about how they have dedicated themselves to their training.

“I am also pleased to see that there is already a healthy rivalry forming between the two crews so the spirit of the ‘Ashes on the Water’ is alive and well. 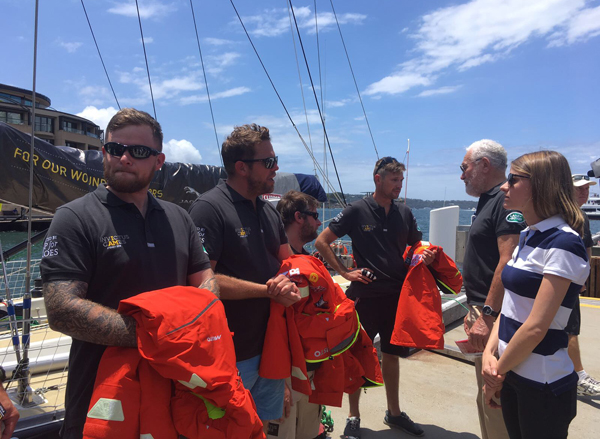 One of the veterans on board with Sir Robin is Dan Fielding. Dan, a former Royal Marine, was medically discharged following a back injury in 2008 and quickly found himself experiencing poor mental health due to the loss of his career. Dan was struggling to leave the house but was invited to a veteran’s sailing day and found the courage to put himself forward. For Dan, this was the turning point. He went on to obtain his RYA Yachtmaster Instructor qualification and is now employed full time as a sailing instructor for veterans who have been affected by their military service.

“When I was a Royal Marine I was at the top of my game, I knew what I was doing and felt valued,” says Dan.

“But when I was discharged it felt like I wasn’t any use to anyone. Thanks to sailing I feel like I’m right up there at the top again. I feel like I’m finally starting to fit in to civilian life.” Lending her support for the Australians on Invictus Games Sydney 2018 DOWN UNDER (CV5) was Jessica Watson, who completed a Southern Hemisphere solo circumnavigation at just 16 years of age.

“During my solo circumnavigation of the globe I learnt you can’t change conditions, just the way you deal with them. That’s something these sailors know only too well. They've been tested and challenged, but they are resilient, and they are moving forward in their lives” said Watson. “I urge everyone to get behind both these crews, follow their progress and cheer them on as they tackle this challenge.” 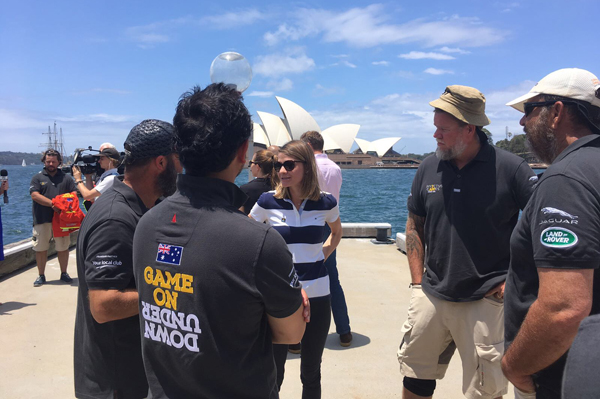 Invictus Games Sydney 2018 DOWN UNDER crew member and Warrant Officer Craig McGrath has already had benefits from the training on board his Clipper 68, saying: “Since being wounded in action in 2012, I have struggled to find something that challenges me in the same way that the military did. Sailing has offered this environment to change myself once again. Being on the water, you are part of a team, you’re facing a challenge and you’re overcoming it together.”