Following the announcement that the Clipper 2017-18 Race will start and finish from Liverpool’s Albert Dock for the first time in ten years, we caught up with alumni crew member Lisa Pover.

A taxi driver in Liverpool at the time that she applied to represent her city in a ‘challenge of a lifetime’, Lisa explains how a chance connection turned it into something much bigger. 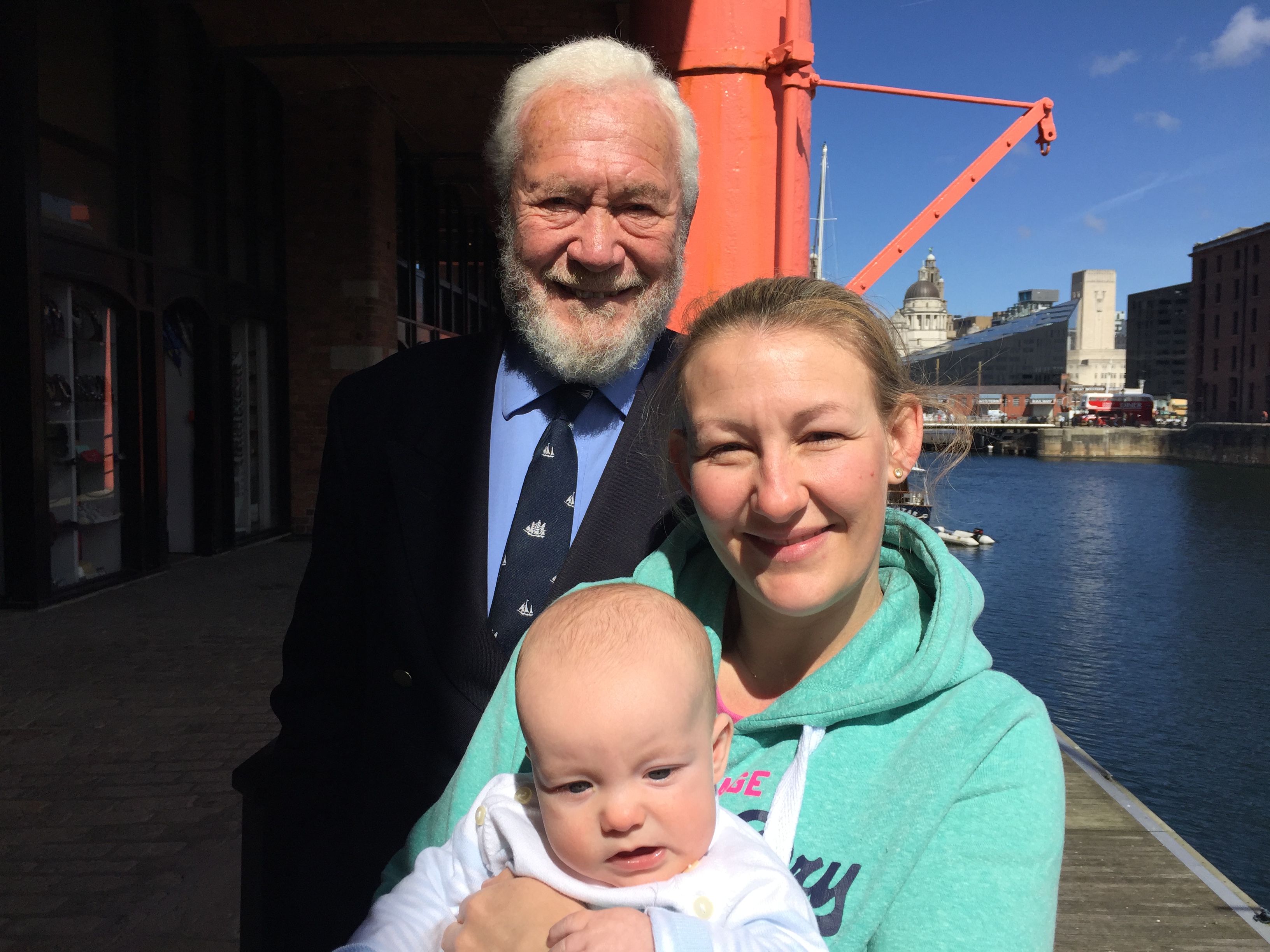 (Back in Liverpool for the Race Start/Finish announcement, Sir Robin catches up with Lisa Pover, and her new son Isaac.)

“The first thing I ever saw about the Clipper Race was an advert in the Liverpool Echo, explains Lisa. “It was a competition to be part of a challenge of a lifetime, to do a leg on a round the world yacht race. You needed to write 600 words about why you would make the best ambassador for the city, and you had to be from the city, still living in the city. So I put my little short piece together and took it down to the municipal buildings. I had a good vibe about it from the get go.

“There were three of us from the city who were picked to do a leg each. We got together and decided we would all travel down to Gosport and do our training together, and we became a little unit, and we still are now today.”

Despite having no previous sailing experience, the connection between Lisa and sailing was immediate and powerful.

“After the first week on board I knew I wanted to do the whole thing,” she explains emphatically. “I had never sailed before all this and I was petrified of the water. It’s totally ironic. The chance to be out on the ocean doing my own thing appealed though.

“I’d been a taxi driver for four or five years at the time and that was only ever meant to be for a year. I just needed a challenge at that time in my life. ‘Challenge of a lifetime’ was the tagline that caught me and it never left me. I don’t know why I had never sailed before but as soon as I did that first week, it just caught me and I have no idea now why I didn’t try it earlier in life. I got the bug.”

Like many who start off on their Clipper Race journeys, Lisa quickly decided she wasn’t going to be content with doing just one leg.

“I got back after the second week of training and decided that I needed to make the whole circumnavigation work, so I put a sponsorship package together and got in touch with about 250 businesses in Liverpool. Unfortunately it was late in the year and most had already spent their budgets. I had loads of positive, small bits, but nothing substantial.

“Then by chance I picked a guy up in the back of my cab at Liverpool Lime Street Station and we got talking about European Capital of Culture coming to the city. He was a Liverpool businessman and we got talking about all sorts. I had a little thing about the Clipper Race in the back of my cab and he asked me about it. I explained that I had won a competition to do one leg and that I was hoping to raise some sponsorship to do the whole thing. As he got out he said he might be interested in helping sponsor a leg so he gave me his card. I sent him a presentation with all the information, but I never heard from him.”

Fast forward to a few days before Race Start and Lisa had just about parked her dream of sailing around the world when she got the call that changed everything.

“Just over a week before the Race Start he got in contact and asked if I wanted to go for a coffee. We met up and we were sitting chatting for over two hours when he said “right let’s get down to business,” and he pulled all the information out of his bag that I had sent him and went through all the legs and explained how he was going to help me do the whole thing.

"I burst out laughing and he asked me why. I just said I didn’t think for one minute this was actually going to happen. Then we had a get together in the Living Rooms and it was basically made clear, I was going to do the whole thing. Race Start was on the Sunday so on the Saturday I was running around Liverpool trying to set up business accounts and signing contracts. I had about two days to get myself ready to sail round the world!”

Whilst Lisa was off on the journey of a lifetime, her husband, Chris, had to get ready to say his goodbyes at short notice.

“Chris knew this was an opportunity of a lifetime and didn’t stand in my way, despite the late notice. We have been together since I was 15 so we know each other very well. He knew it was nothing about getting away from him or anybody else, it was just that I really needed to go and do this for myself. He was really supportive and came out and met me in different ports throughout it, and we’ve lived happily ever after, now with two little ones.

“Looking back with hindsight, I would have taken more time about it but sometimes these things just come your way and you’ve got to roll with it. I’ve tried to get him to look at buying a boat lately but he doesn’t enjoy it as much as I do and goes a little green around the gills. So now I have to wait for the kids to grow up so we can be three against one!”

So ten years later, what are the lasting memories from Lisa’s experience of sailing around the world?

“Leaving Liverpool was really immense. The whole of the dockside was in sunshine and people were lined the entire way. It couldn’t have been more dramatic. I have been to loads of Race Starts around the UK since and you could call me biased but this one in Liverpool was by far the busiest. 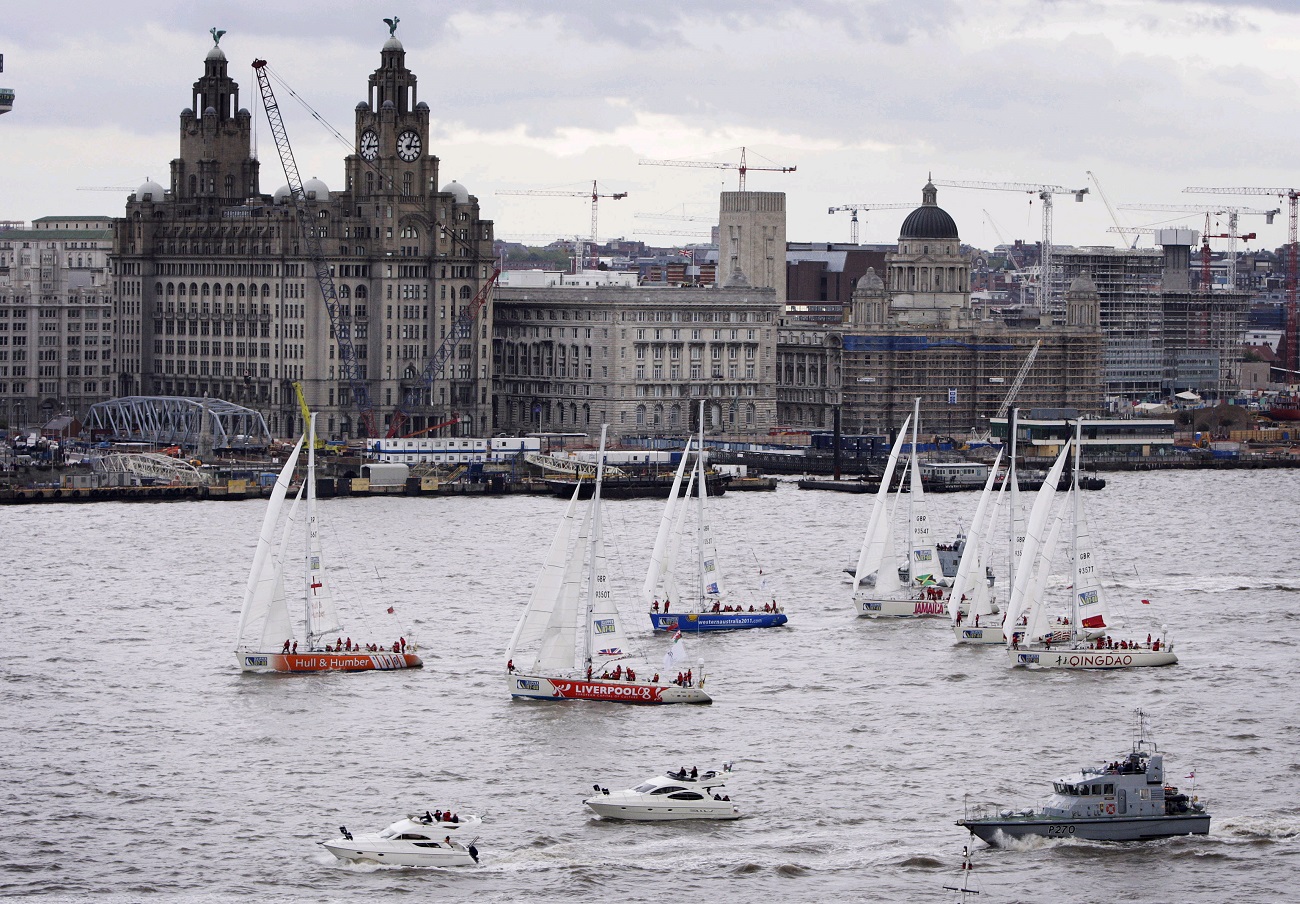 “There was a buzzing atmosphere, we did loads of interviews as we left and we were out on the water in a little bit of a fantasy bubble I think. It all seems a bit surreal, and then we got out into the Mersey and within about 15 minutes the heavens opened and we were suddenly in really strong winds. We had about three reefs in at one point and the wind came and we got battered for three days until we got to France. It was a bit of an eyeopener to the trip!

“The Pacific stood out too. Two boats lost their masts. I had chosen that leg as my competition winning section because I really wanted to go to Hawaii and at one point we were only going to be there for a couple of days because we had been delayed in other places. Because the two boats had been de-masted we ended up having to stay there for 19 days, so that was obviously pretty tough. We just deal with these things though,” says Lisa with a smile.

“Going into and leaving Hawaii were the toughest. Because of where the winds were at the time we didn’t go as far south in the Southern Ocean. We stayed fairly north there so didn’t get battered as much as we were expecting. So for me, Pacific Ocean in general was interesting. We needed far more of a variety of different sailing techniques. Going to South Africa was less testing as we were reaching pretty much the whole way, whereas in the Pacific we were more challenged in lots of different ways. We had a smaller crew too, so yes, challenging in lots of different ways for lots of different reasons.”

Back in the Clipper 2007-08 Race, Liverpool had a boat entry which raised profile for its tenure as European Capital of Culture 2008. As a “totally proud Scouser”, Lisa flourished at the chance to represent her city in the challenge. 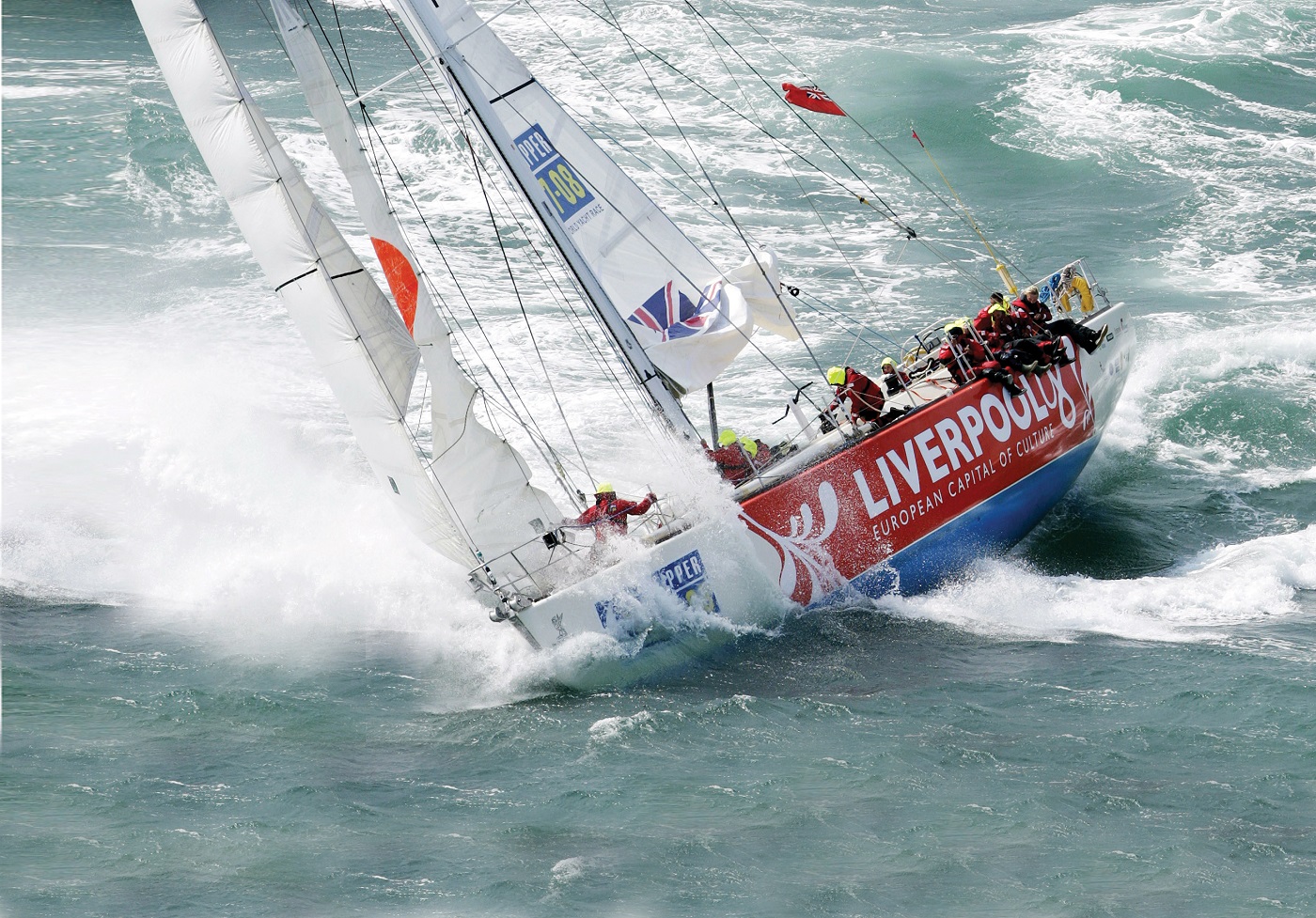 “It was brilliant. I think at the time I was the only person from the city who did the whole thing. I did a lot with Liverpool City Council, getting lots of different schools involved. We sent packages home and they sent stories and letters to us. When I got back from the race I went into the school to see them and that was really great. That whole interaction was really important to me.

“I was touched by the support I got from everyone in the city while I was away, but not surprised. Liverpool is one of those places that take you as their own and are behind you all the way.”

For all those who will take part in the race but have never before visited Liverpool, or haven’t visited the city for a while, Lisa says they are in for a treat.

“Liverpool has something more unique to offer. It has grown so much in the ten years since the Clipper Race was last here. The tourism industry here has always been massive, we’ve always been renowned for The Beatles and the football clubs, but the independent vibe in the city has really grown. You can find anything here. We have gin brewers and unique ventures popping up all the time. I would be surprised if there wasn’t something here for everybody’s tastes.”

So, what was Lisa’s reaction when she heard the news that the race was returning to her city?

“I felt very relieved, it’s about time! It would be absolutely brilliant if it was permanently based here but I am very biased of course. I am absolutely delighted.

“Immediately I had so many calls from all my race friends. It’s all systems go as we all like a good get together and are definitely planning lots of reunion activities. Most of us have children now so we might have to do a couple of different social events but everyone will be back up here. Everyone always talks about how buzzing Liverpool was during that particular time and we always still meet up at other races which has been great fun over the years. 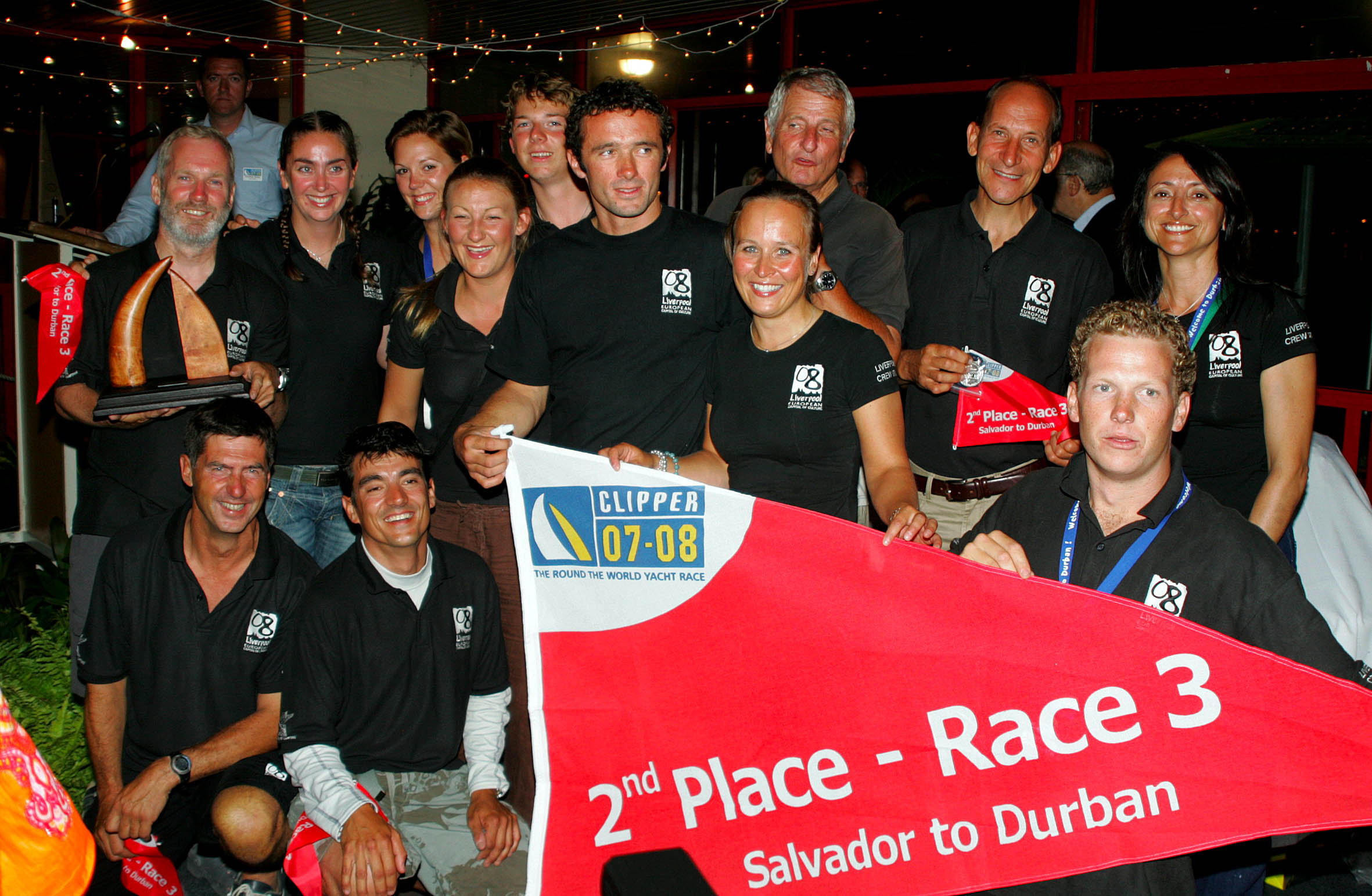 “I think it’s a great move by the city and it’s about time to be honest. I am really happy that they’ve got behind it. All we need now is another Liverpool boat entry!”

The Clipper Race fleet will arrive in Liverpool on Monday 14 August. Events and activities will be held throughout the week leading up to Race Start on Sunday 20 August, with a full schedule of all the entertainment to be released in the coming months.

There are a still a few final spots for crew to join the upcoming edition of the race, and we're also taking applications for the 2019-20 race edition. No previous sailing experience is required as full training is provided. Click here to find our more.

We are excited to announce the inaugural Sanya Ambassadors who have been selected for the Clipper 2017-18 Race which will begin in Liverpool, UK, on Sunday 20th August.Sanya, the energetic, fast-developing holiday resort and sailing centre on Hainan Island in China’s south, will…

US sports TV network, ROOT SPORTS™ is to air our award winning sports adventure series, Race of Their Lives 2,…

In 1968, when 29 year-old Robin Knox-Johnston set off for the Sunday Times Golden Globe Race, striving to be the…