With the Clipper Race back in Derry-Londonderry for the final edition of its race partnership, we found a moment to unite the three Skippers who have taken the city’s team around the world.

After leading the Derry-Londonderry team in its first race campaign, Mark Light went on to become Deputy Race Director and is now here on his third consecutive visit to the city. He says: “After three race editions I have visited many host ports, but nowhere on the planet holds a more special place for me than Derry-Londonderry. 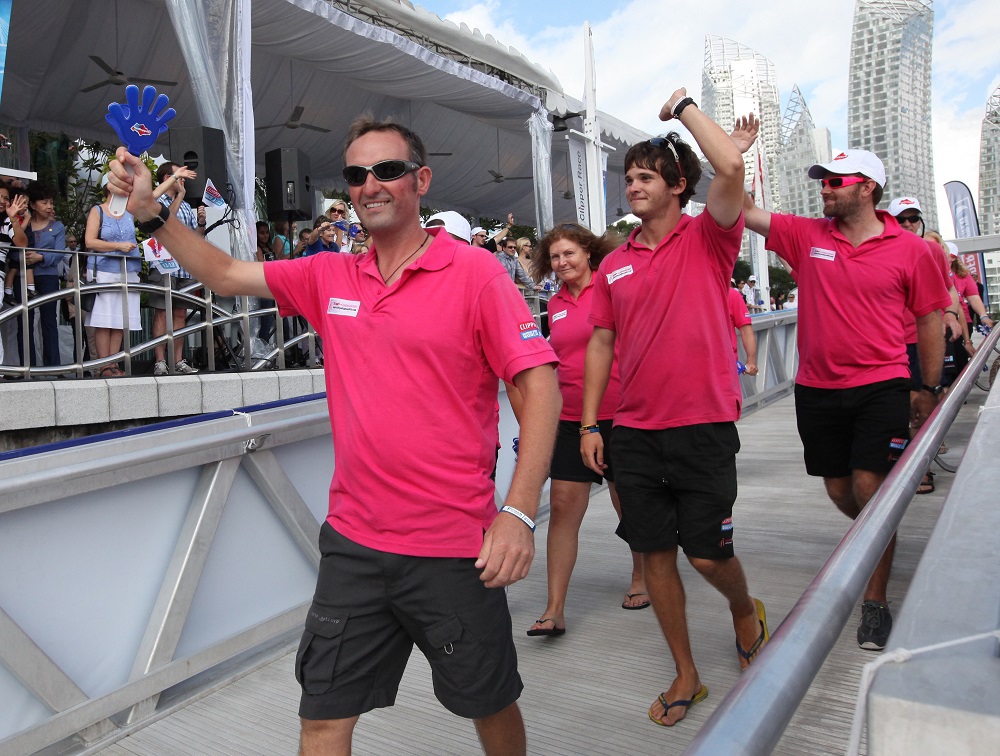 “From our very first visit, we really felt like the people of Derry adopted us into their city and their hearts and embraced the race like no other. Wherever you go, whoever you talk to, everyone knows about the race and is really interested to hear all about it.

“I know people here look forward to its return every couple of years but the feeling is very mutual. The parties and the hospitality here are consistently the best and warmest of the entire circumnavigation, and its popularity just seems to grow each year. I’m still in touch with a lot of my crew and it is always good to come back here.”

Sean McCarter’s visit is the first time he has joined back up with a Clipper Race stopover since being Skipper. Born and raised in Derry, sailing into his home town was always going to be a special moment, boosted of course by the fact they won their race home. He recalls: “I’ll never forget coming down the Foyle having finished our race, the pipers lined the shore, the welcome we got was unforgettable and will remain with me forever. Derry-Londonderry has come out strong again to support this year’s team which has had an excellent race and I’m happy to see the city come out in force again.” 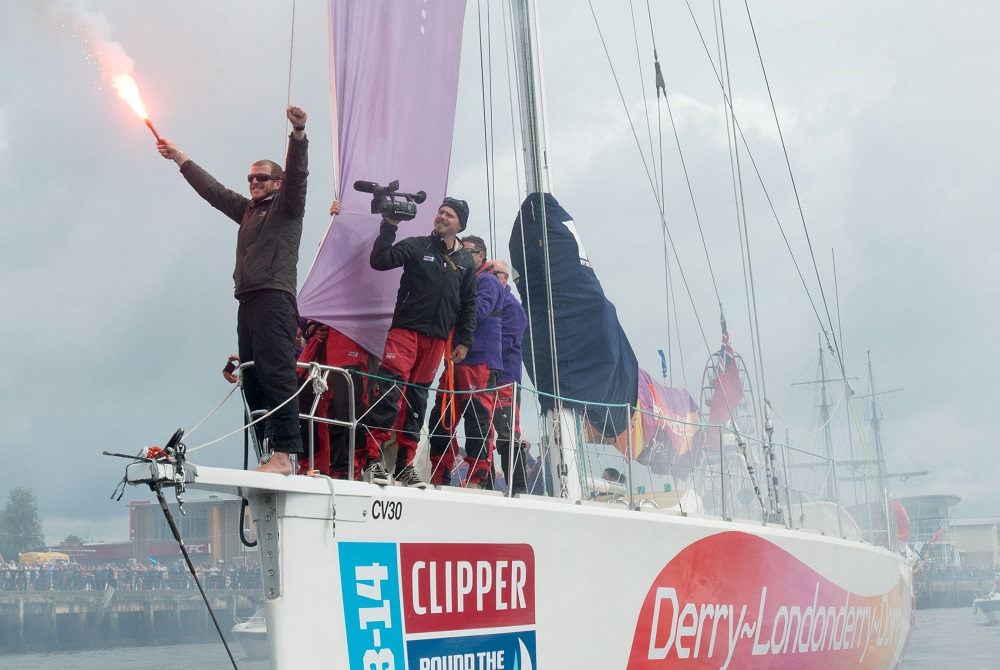 Meeting his successor in person for the first time, Sean is quick to heap praise on him, saying: “I’ve been following Skipper Dan and the current team closely, I was in touch with him at the start. I would like to say I gave him lots of tactics but fortunately for them they didn’t need that and they have done a great job themselves with excellent results and three back to back wins.

“They were very unlucky to miss out on the home port win but they are lying second overall which is incredible. At this stage during my race we were hanging in fourth and pushing for third so they are doing better than we did and I’ve been following with immense pride.”

Clearly proud of the image his home town has been given around the world during the race, Sean adds: “The three races have done loads to put the city on the sailing map. I personally have been receiving requests from sailing magazines and other people interested in Derry-Londonderry as a cruising ground. The boat itself is striking and recognisable to most people and sailors and something that hopefully remains with us. We should keep the legacy going and keep developing the Foyle.”

On life after the Clipper Race, Sean explains: “I am putting together a campaign for the Vendee Globe in 2020 - I’ve got four years to put it together, to get an Open 60 and do a single handed, non-stop race around the world without assistance. It’s a step on from the Clipper Race and is the most extreme sailing race and sporting event in the whole world. If there is an opportunity to do that for my home port in Derry-Londonderry that would be even better. 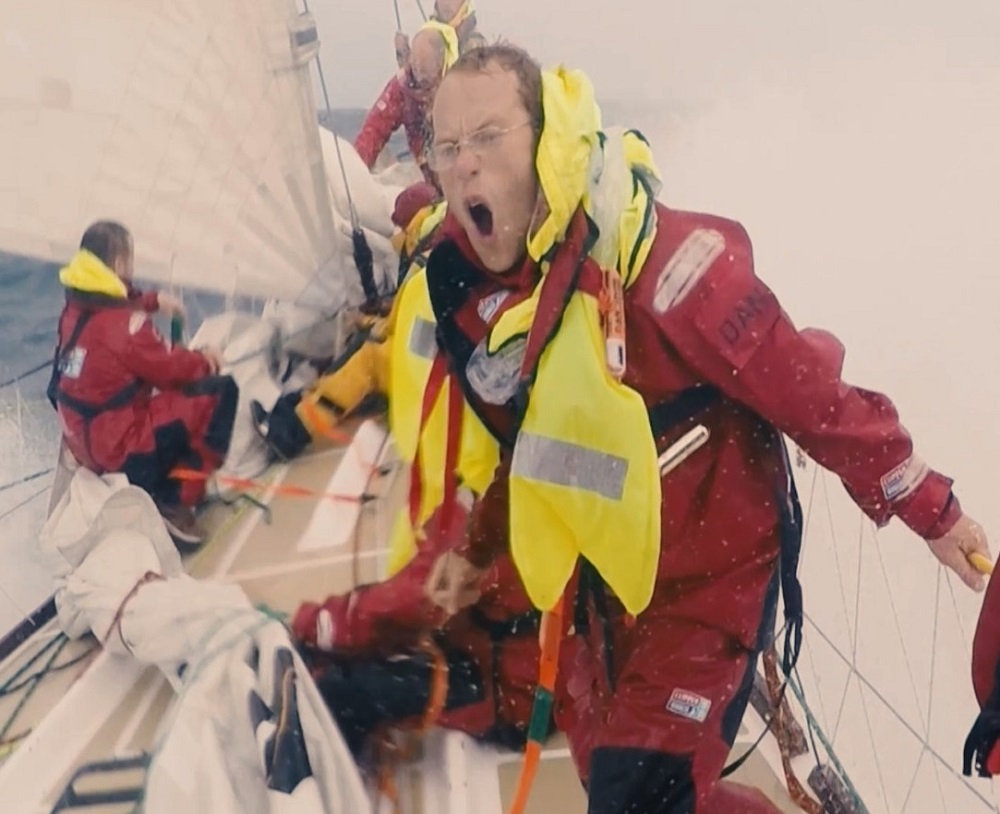 Daniel Smith says: “Once I found out I would be the Derry~Londonderry~Doire Skipper I got in touch with Sean and we skyped a bit before the race. He was very happy to help give me more insight into the city we would be representing and is clearly very proud of his home. It’s been great to finally meet him here in Derry.”

Clearly still basking on his new found celebrity status in the city, Daniel says: “I had obviously heard a lot from Mark and Sean, and also our Derry crew, about the warmth of the people here, and the whole team had been looking forward to our big moment here and it does not disappoint. We would have liked to arrive as winners but the crowds who came to cheer us in quickly helped stifle any disappointment we had.

“It’s been strange walking around seeing ourselves on posters everywhere and being stopped for photos. People here clearly have a deep love and affection for the Clipper Race and a real pride in the fact they have a team representing them in the race. We’ve certainly felt that support all around the world so it is just brilliant to finally be here and get to feel that support in person. Thank you to everyone who has come down to see us. We are very proud to represent this city and hope to do you all proud in London.” 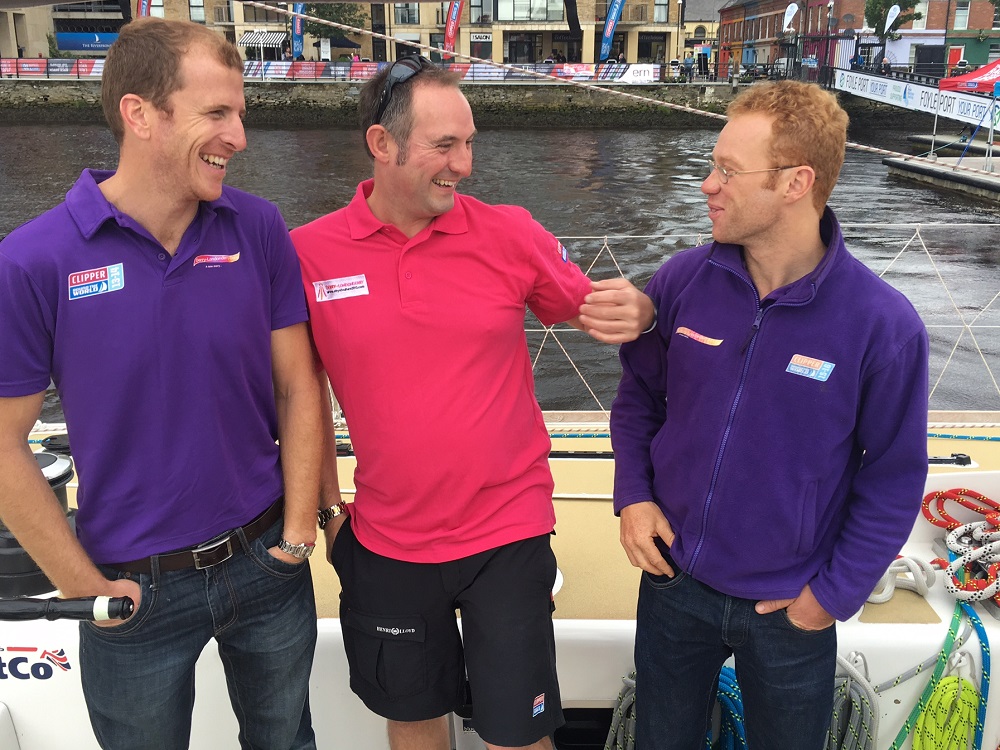 The Derry~Londonderry~Doire team sits second in the overall race standings, with two races remaining before the big London finish on 30 July.

The team, along with the rest of the Clipper Race fleet will be berthed at Foyle Marina until July 17 when Race 13 to Den Helder, the Netherlands, departs.

The 700 crew competing in the Clipper 2015-16 Race represent 44 nationalities, including just one South Korean. Han Kim is…

It was one of the most nail-biting challenges of the entire Clipper 2015-16 Race as Derry~Londonderry~Doire fought to hold off LMAX Exchange for a home win into Northern Ireland in Race 12, The LegenDerry Finale. Aboard was documentary film maker…