LETTER FROM CHILD SURVIVORS OF VIOLENCE CARRIED BY UNICEF TEAM

A letter signed by child survivors of violence is being carried around the world by the Unicef team as a reminder of the dangers that children face in every corner of the world. It has been signed by children from five countries that the Clipper Race will visit: Brazil, South Africa, Australia, the Netherlands and the UK.

The letter is part of a Unicef initiative calling on world leaders to put an end to child violence, which is too often unseen and cloaked in silence.

The children’s letter has been published by Unicef this week, as countries all over the world adopt new global goals. It tells world leaders: "We have been forced to flee our homes, fight as child soldiers and work as domestic slaves. We have watched, powerless, as our parents, siblings and friends were murdered in front of us. Memories like these make our bellies burn with fear. No child should start their life like this."

Unicef says the letter is also a message of hope: “This week, world leaders will adopt new global goals that will shape our planet for the next 15 years. They have agreed, for the first time ever, to include a target to end violence against children. Never before has the whole world come together to take a collective stand to protect children from violence.

“We must make sure the world continues to listen to these children. Only then will the global goals change the world for children.” 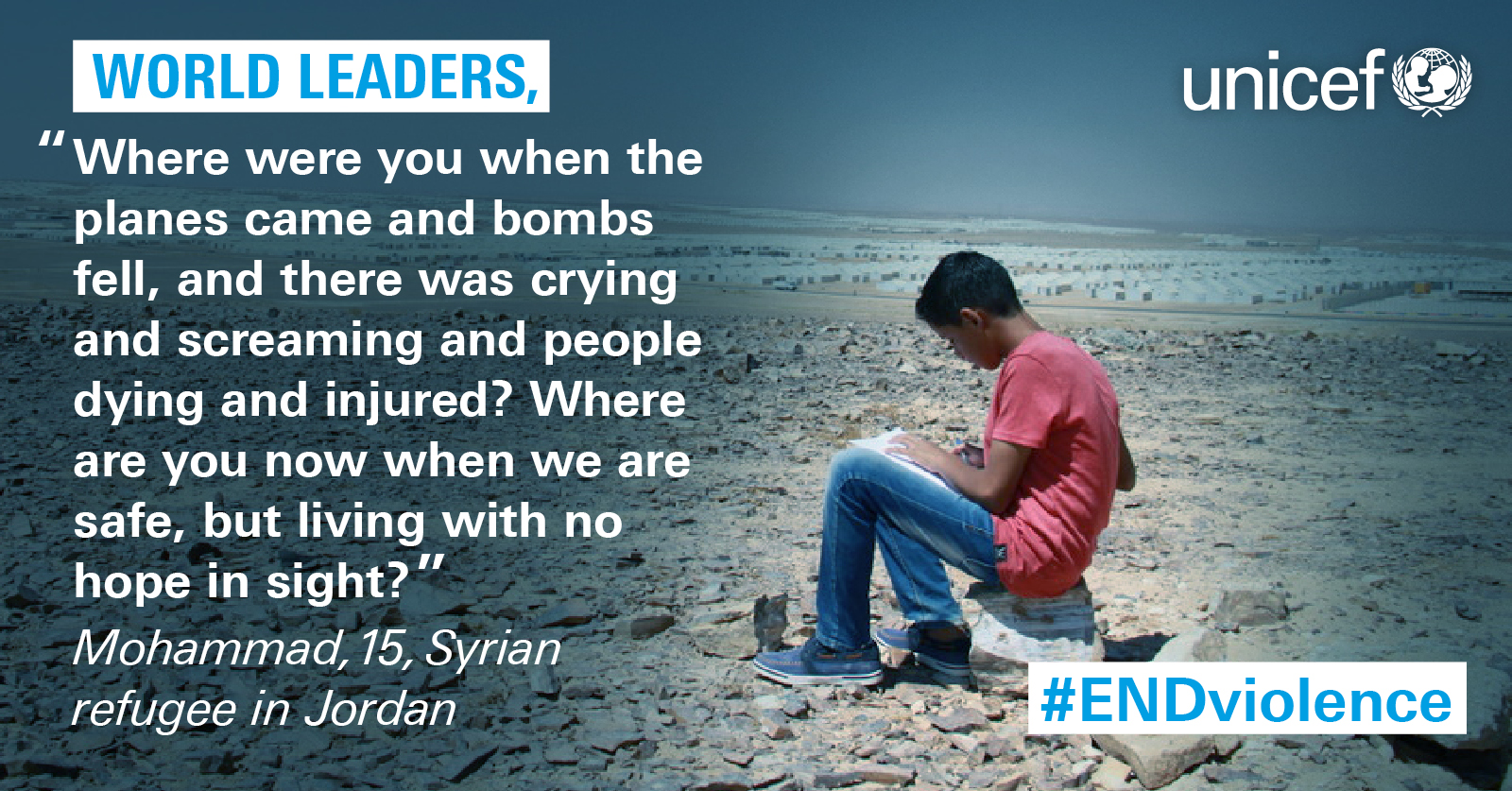 Unicef Goodwill Ambassador David Beckham has spoken out in support of the initiative after meeting children who have been affected by violence in Cambodia earlier this year.

He said: “Their stories were deeply distressing and as a father it is devastating to think that any child should have to suffer like this.

“After listening to these incredibly brave children and hearing about the abuse they have endured, I want to make sure that world leaders act to protect children from danger. Every child, especially the most vulnerable, should be safe.”

You can share this important message via your own social media accounts using: #GlobalGoals #Unicef #ENDviolence

You can also read and share the children’s full letter, and read David Beckham’s article in Newsweek magazine.

Unicef in Brazil: providing access to sport for children with disabilities

During Leg 1: The Trade Winds to Brazil, Clipper Race crew members are taking on their first major ocean crossing, the Atlantic, spending more than three weeks at sea before South America appears over the horizon. Eventually teams will arrive in Brazil, one of the…

Kicking off the first of the naming ceremonies, the official Clipper Race charity Unicef has named its yacht in the…

Help us support children in danger

Unicef is the official Clipper 2015-16 Race Charity and also has a team entry which will highlight its projects on our race route around the world. There are many ways you can help us support this international charity alongside the twelve teams of nearly 700…

Unicef welcomed on board as official Clipper 2015-16 Race charity

At Crew Allocation, we were very pleased to reveal that world's leading children's organisation Unicef UK has been appointed as…