The River Foyle will be transformed into a magical, mythical stage tonight as the Clipper Race fleet takes the lead role in the theatrical finale to the Foyle Maritime Festival 2016, The Voyage of Sunniva - Night of the Two Moons.

This atmospheric outdoor celebration will harness the power of the elements, bringing together earth, water, light and an aerial performance for an impressive evening of entertainment on the beautiful River Foyle in Derry-Londonderry. The event will be live streamed here from 2100 local time (2000 UTC).

Sunniva was a medieval Irish Queen, who, when an invading king wanted to marry her, fled with her people in small boats and without navigation, trusting to her god and to the elements.

Their journey took her north through storms and conflict to the caves of the Norwegian gateway island of Selja. Later, when armed men came for them, they hid and prayed for their caves to collapse, which they did saving them from being ravaged.

The legend then tells of the island glowing with light, of sweet smelling bones and years later of her intact body being uncovered seemingly asleep and being transported to the new cathedral in Bergen, of which she is now the patron Saint.

St Sunniva is a maritime saint and there have been various craft named after her.Tonight mysterious figures will walk the Quayside before joining their Queen for a final parade of light on the river as Sunniva and her followers prepare for their journey. 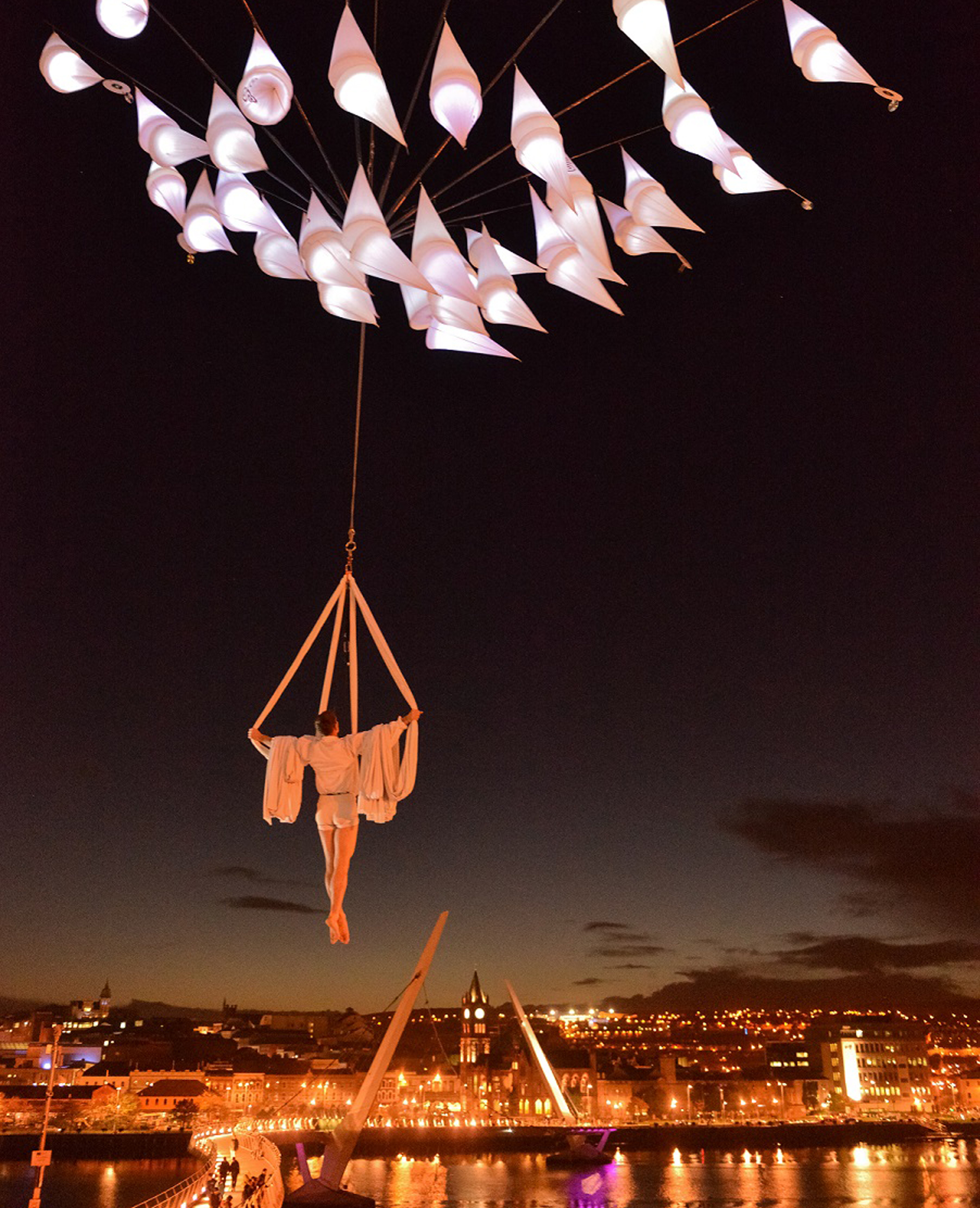 Mayor of Derry City and Strabane District, Alderman Hilary McClintock says she is looking forward to what will be a unique and magical performance.

“The Voyage of Sunniva promises to bring something completely new and exceptional to the Foyle Maritime Festival. It will be mysterious and magical - a real opportunity to enjoy the atmosphere and natural beauty of the river. I think that after a week of action packed water sports and family fun, the Voyage of Sunniva adds a different element to the programme celebrating our maritime heritage.”

The Clipper 2015-16 Race fleet will be joined on the water by a local flotilla of yachts as well as the Phoenix Tall Ship.

Events along the Queen’s Quay will begin from 2000 local time, with music and animation, culminating in some beautiful fireworks on the Foyle at 2245 (2145 UTC).

Click here to watch the livestream of the event.

Waves the size of houses and hurricane force winds make the Clipper Race one of the toughest endurance challenges on the planet, but for some crew it’s life below deck, and more specifically in the galley, that gets them hot under the collar rather than…

The Clipper Race fleet is preparing for the penultimate race of the series, Race 13, the Den Helder Northern Seas…

Nineteen years in the making, Da Nang – Viet Nam crew member, Pippa Moore has accomplished her lifetime dream of crossing an ocean and she has done it in style by completing three Atlantic crossings in ten months on the Clipper Race.Pippa’s Clipper…