On a sunny morning in Punta del Este, Uruguay, three of the Qingdao team arrived at a local school to meet with some children. Little did they know the effort the school had gone to and the reception that awaited them. Keith Baker, Joanne Nuwar and Bertrand Hould made their way through the crowd of 450 smiling, flag-waving, cheering children like celebrities. The crew were also introduced to the teachers, who have led Clipper Race themed activities for the past few months, eagerly anticipating the fleet’s arrival. 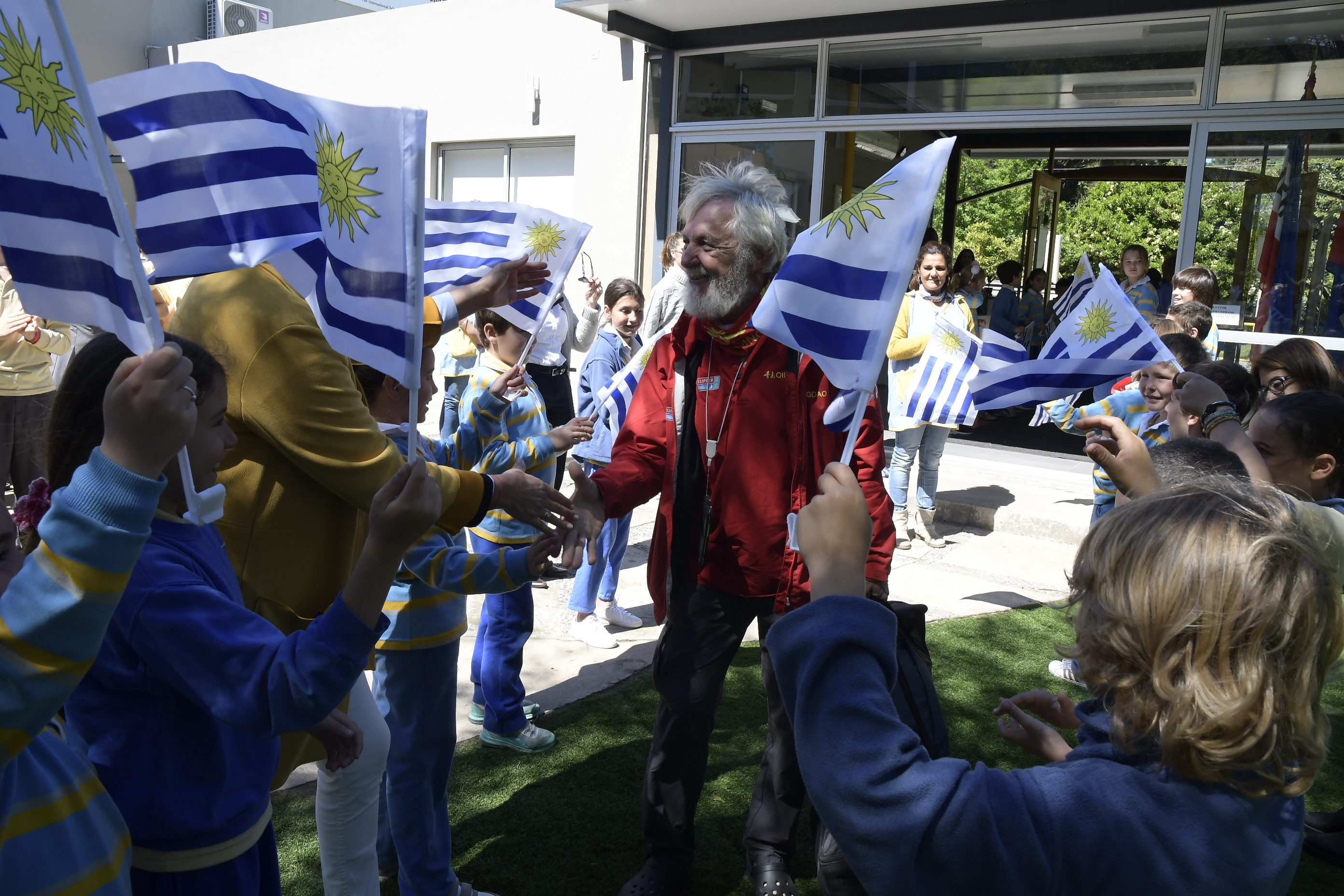 The crew, who are part of the winning team of Race 2: The Commodore’s Cup, have been celebrating in the Host Port since Friday with introductions to Uruguayan culture. The programme of events whilst the crew are in Punta del Este is very much geared towards community engagement and the locals have been very hospitable towards everyone who has made the port town their home for two weeks.

The morning at Woodside School started with the children performing a sun salutation yoga sequence which was a delight to the crew who joined in. 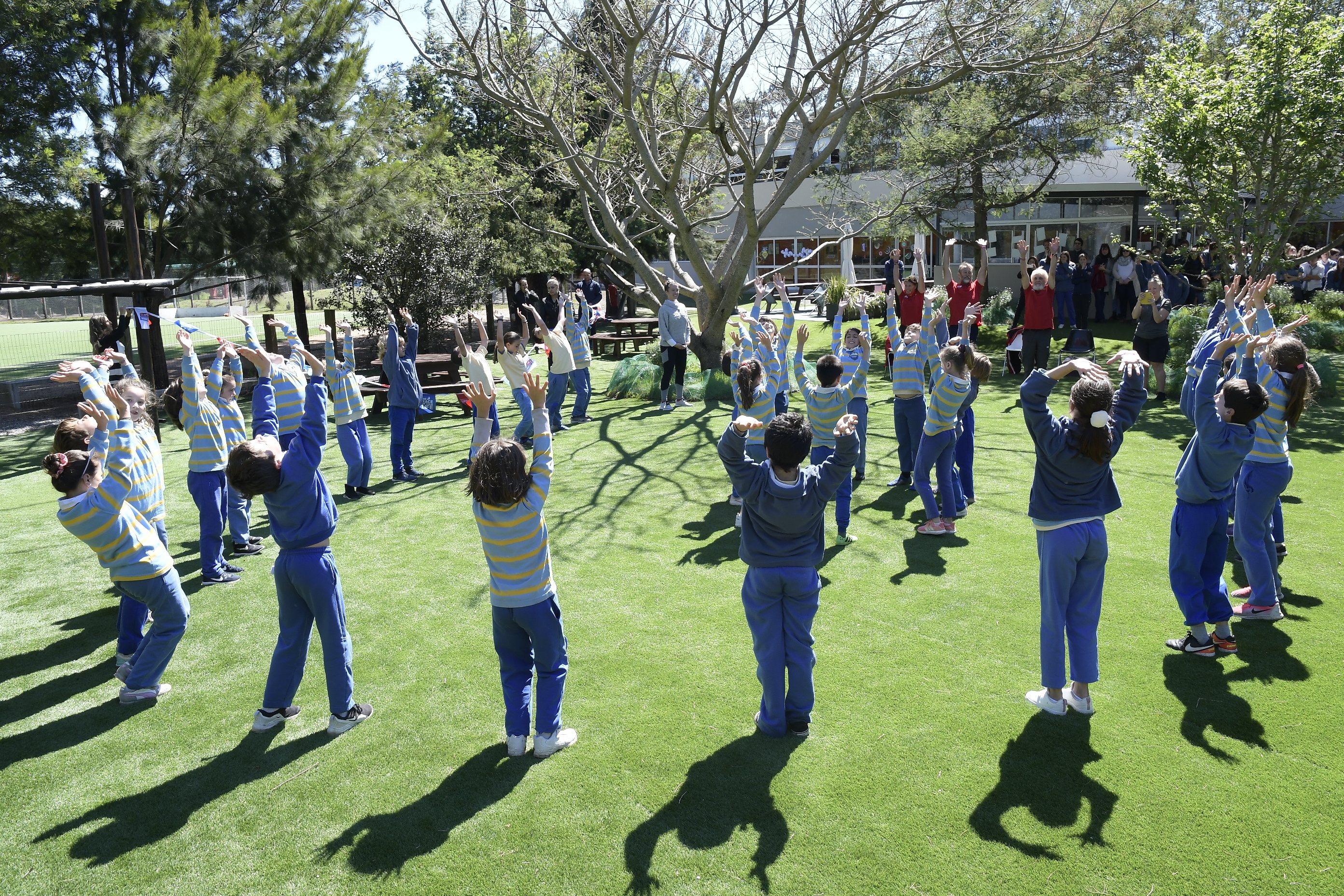 A mini press conference followed a joyful scene of traditional song and dance, complete with costumes. Carefully selected questions were fired at the non-professional sailing crew and the children presented a Clipper Race newspaper. 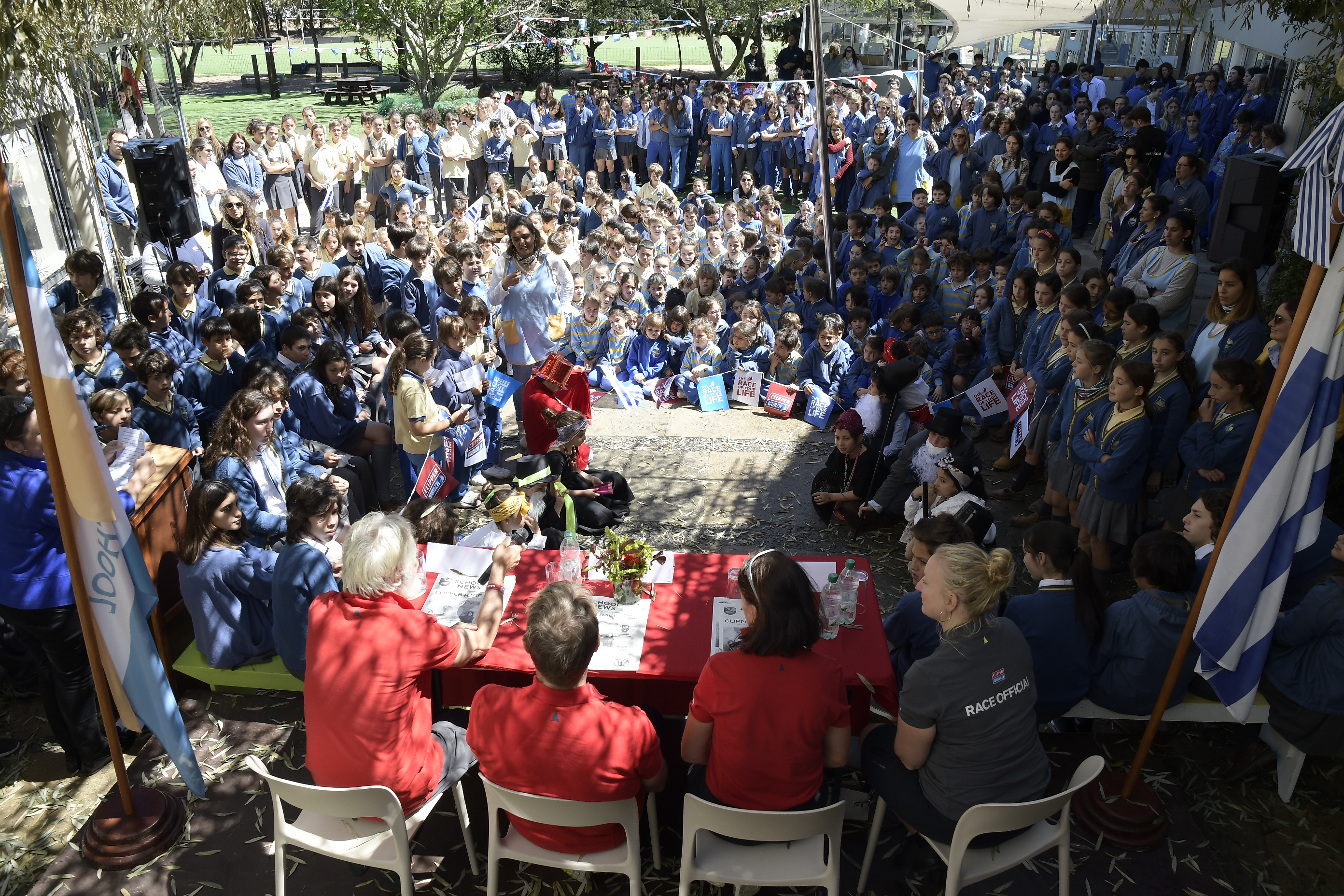 Bertrand Hould, Qingdao Race Crew, told the children: “The Clipper Race is a dream. To realise your dreams you just need to put one foot in front of the other and after a while you look back and realise how far you've come. Whatever your dream is, go for it.”

In response to a question on eating on board, Joanne Nuwar, Qingdao crew member said: “when you wake up cold and wet, it is so nice to smell fresh bread.”

Learning first hand from the crew on what life is like on board was the pinnacle of a detailed project the pupils have worked on, having followed the race since the start. The crew were shown a map which marks the positions of the yachts and were shown the ways the race has complemented the curriculum. 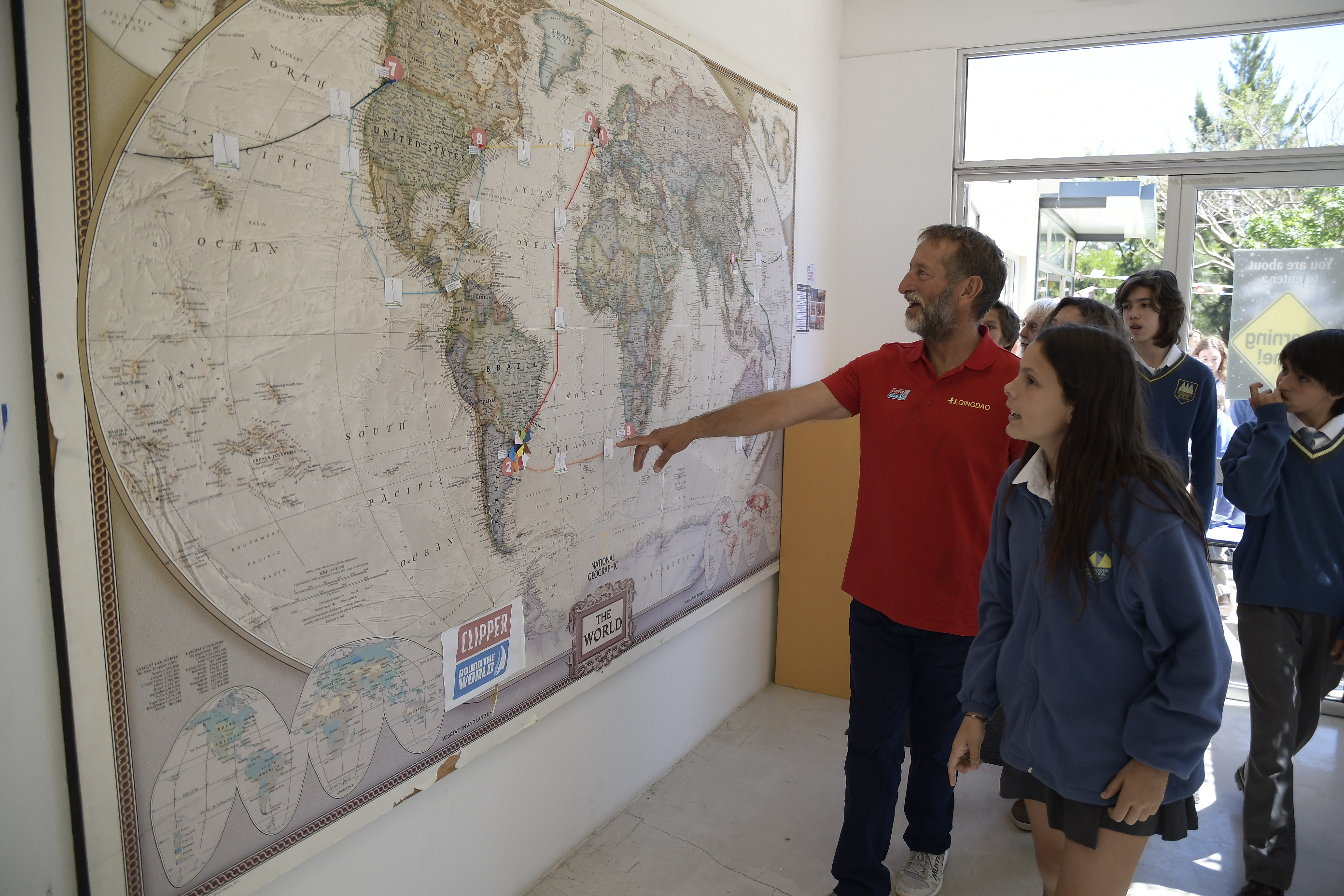 Michelle Raymond, a teacher at the school who has been coordinating the project said: “Today is the highlight of our Clipper Race programme. We’ve worked together with the juniors and seniors on their ‘press conference’. The excitement the children have is incredible. The race opens up the world to them. Uruguay is a small country and we don’t have all that many international visitors for the children to interact with, so this project has been super for that!”

Keith Baker, Race Crew on board Qingdao enthused: “Inspiring children like we hopefully have is amazing. It’s not just about sailing, it’s adventure and shows how you can challenge yourself - a great message for children everywhere”.

The Race Crew are continuing with visiting children at various local schools as well as showing them around the Clipper 70s before they set sail for Cape Town.

After arriving safely and swiftly into the Uruguayan resort of Punta del Este, following a 5,200 nautical mile-long marathon across the Atlantic Ocean, a fantastic evening of celebrations and formal Prizegiving was laid on by hosts Yacht Club Punta del Este.IMAGE:…