China came to visit the Clipper Race in Punta del Este today. Wang Gang, H.E Ambassador of the People's Republic of China to Uruguay and a Government delegation from the Guangdong Province in South East China, saw the three Chinese Clipper Race team yachts at the Yacht Club Punta del Este and came aboard for a tour. 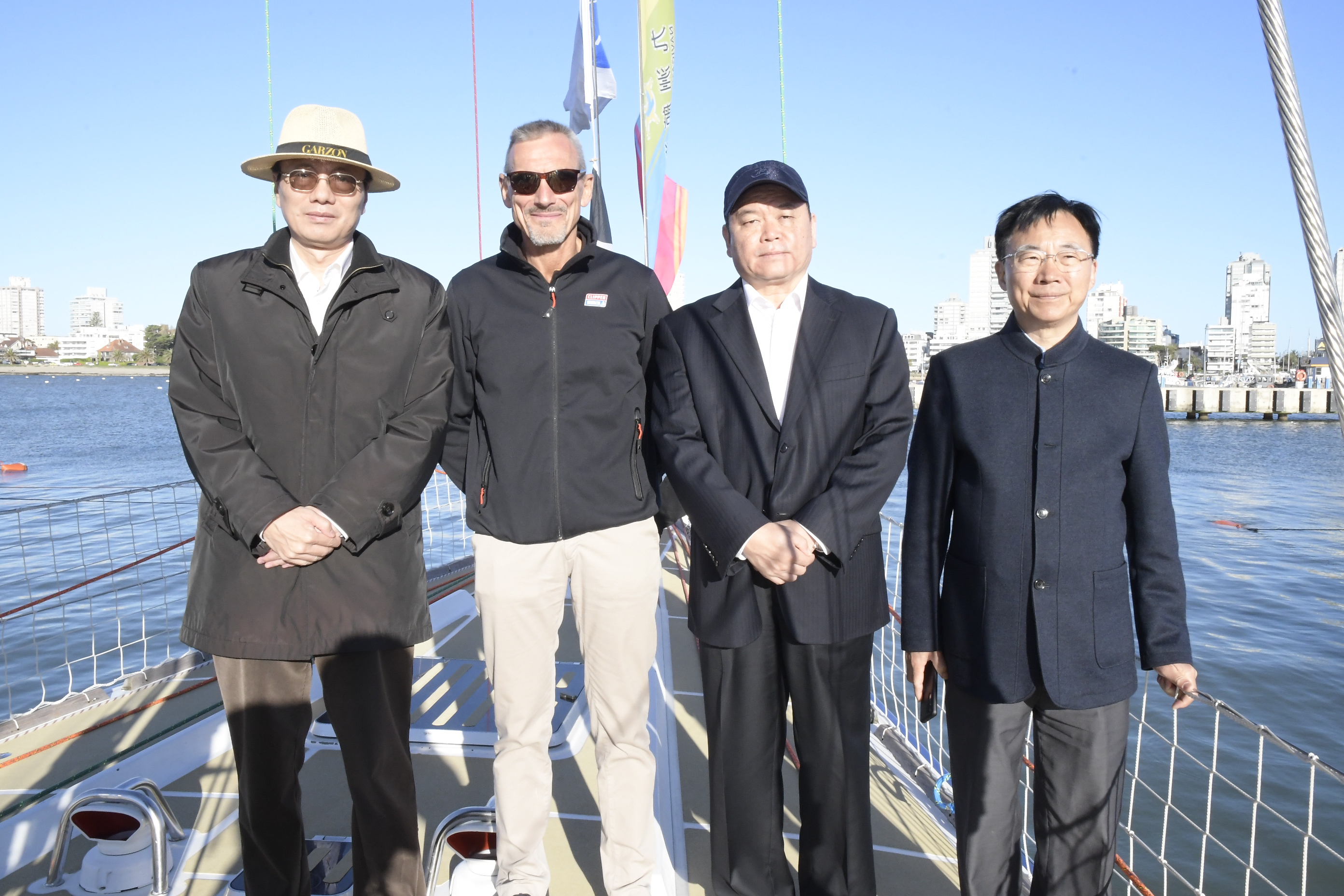 The Ambassador and delegation were greeted by Clipper Race CEO William Ward OBE and Commodore Juan Etcheverrito at the Yacht Club and then walked to see the fleet of eleven ocean racing yachts which includes the Qingdao, Visit Sanya, China and Zhuhai teams. 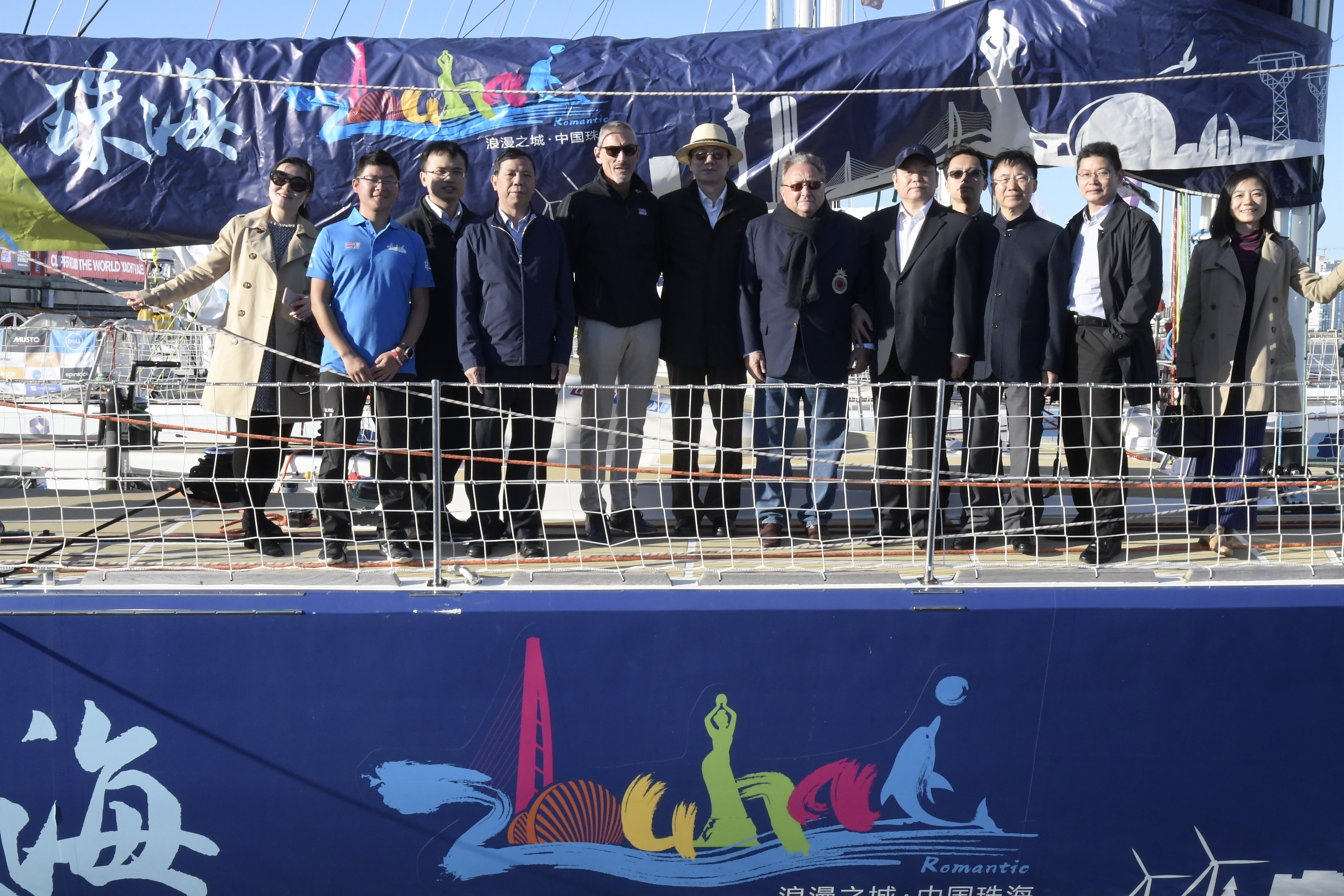 The visitors came on board the Zhuhai yacht as Team Partner, Zhuhai and the Jiuzhou Holdings Group are located in the Guangdong Province. Its crew member, Li An, gave a tour, showing where the crew live and race for up to four weeks at a time. Li An, who lives in Shenzhen and works in the sailing industry, will be representing Zhuhai, the city of islands, on Leg 2 of the race. 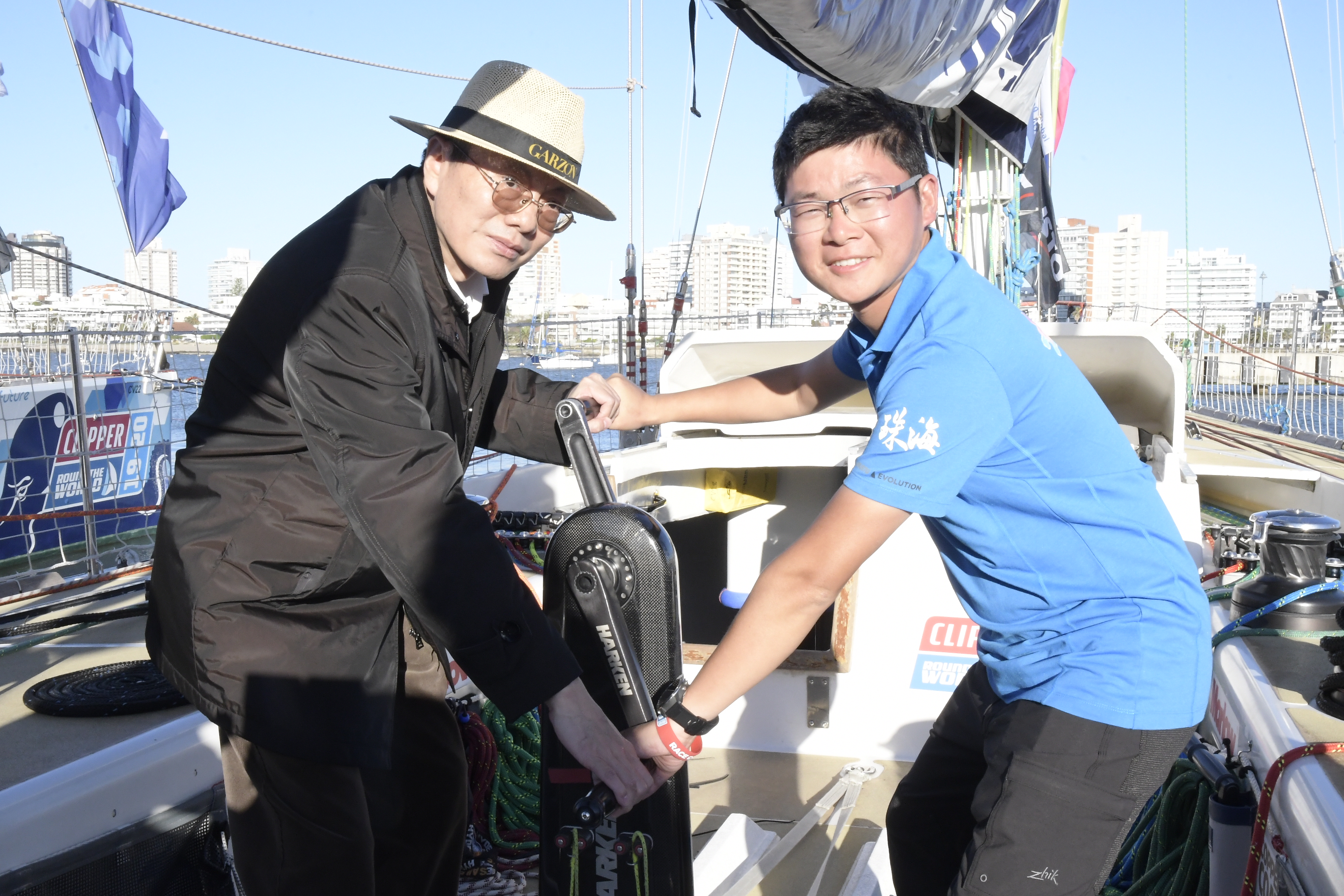 The delegation were also shown the Qingdao and Visit Sanya, China yachts which were the teams who came first and second respectively in Race 2: The Commodore's Cup. 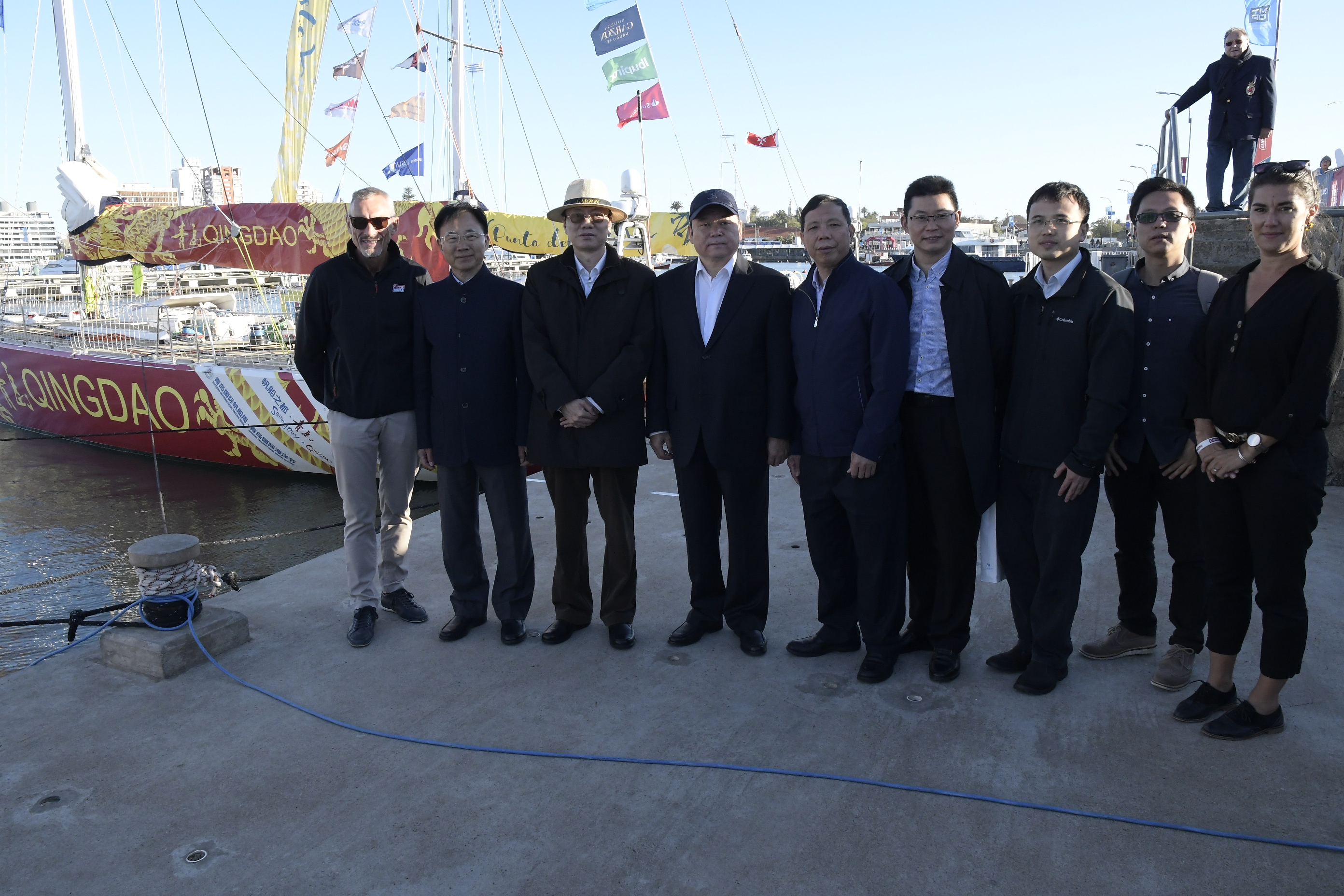 Qingdao, China's 'Sailing City', located on the Shangdong Peninsula in Jiaozhou Bay, is the longest serving Host Port in Clipper Race history. Its team is currently top of the leaderboard. 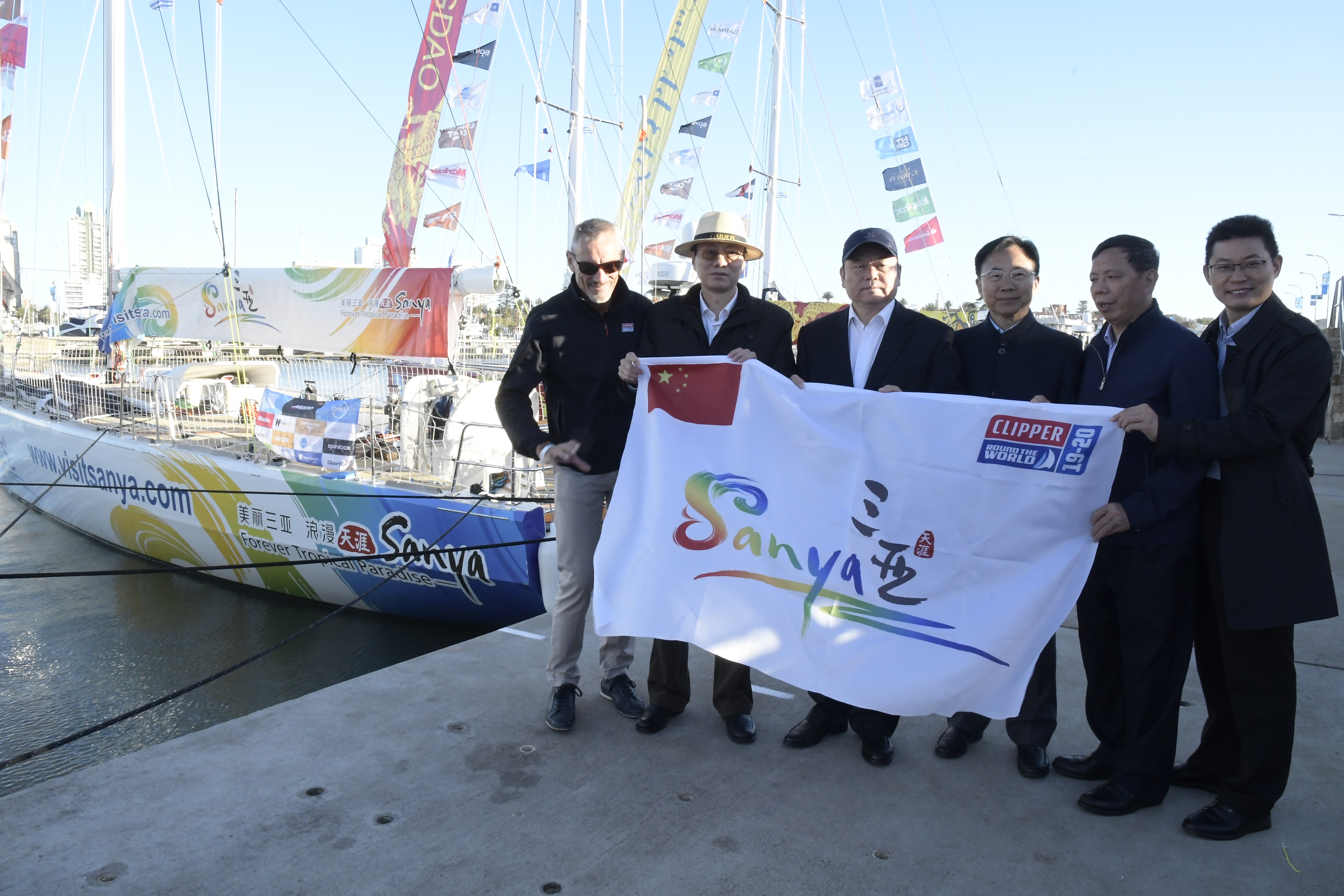 After arriving safely and swiftly into the Uruguayan resort of Punta del Este, following a 5,200 nautical mile-long marathon across the Atlantic Ocean, a fantastic evening of celebrations and formal Prizegiving was laid on by hosts Yacht Club Punta del Este.IMAGE:…