With under 1500 nautical miles remaining of the Clipper Round the World Yacht Race, the Skippers, First Mates, and circumnavigators who have taken on the full 40,000 nautical mile race route, have marked off a sailing bucket-list item which very few get to experience; crossing all longitude lines by water, officially making the yacht racers Circumnavigators. 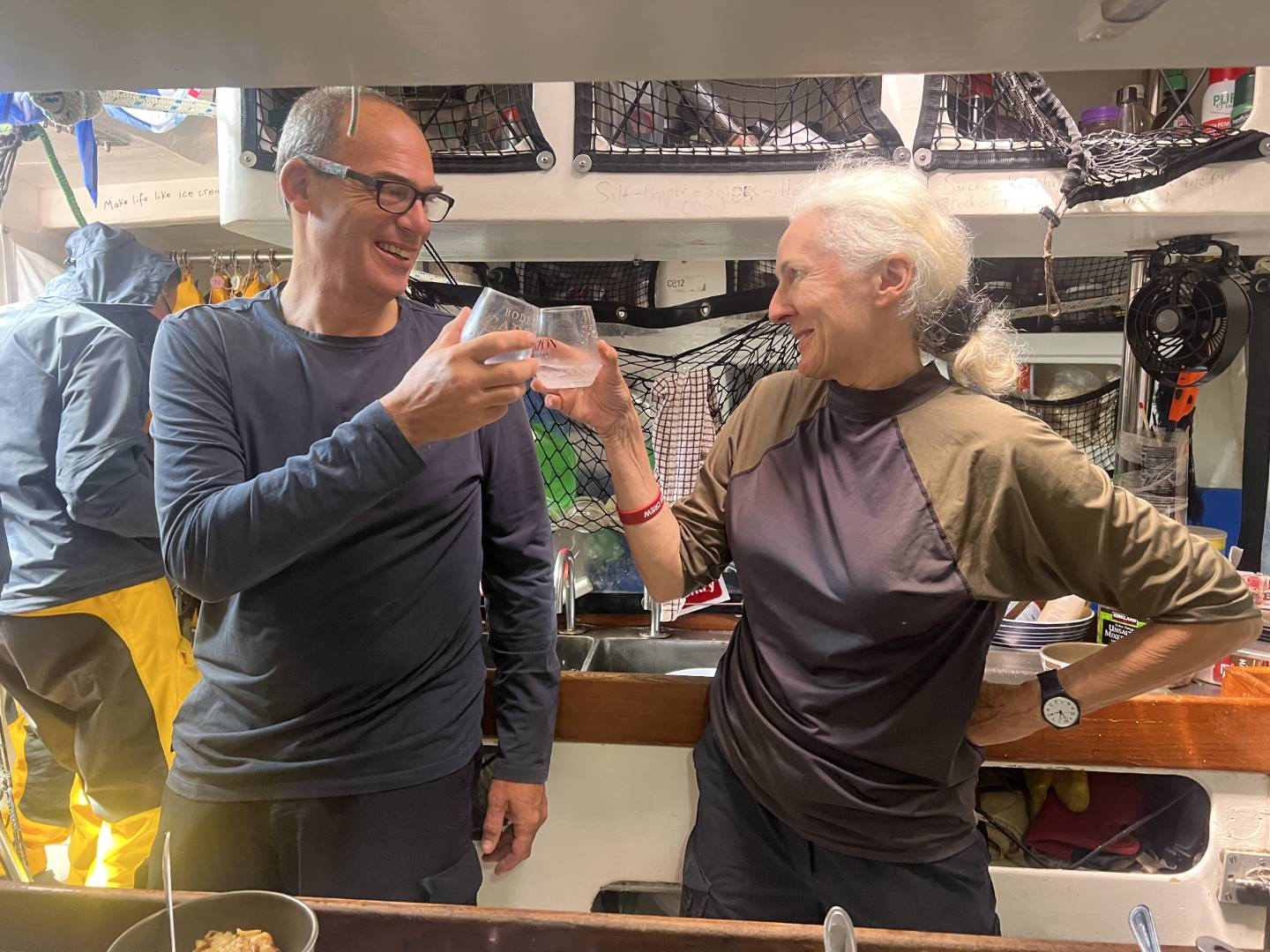 Image: Andrew and Anne celebrate on board Punta del Este

Over 40 people are participating in all eight legs of the Clipper Round the World Yacht Race, a sailing event which trains people from all walks of life to become ocean racers. Each Circumnavigator has so far spent over 32 weeks at sea and endured intense winds and weather conditions ranging from blistering heat and tropical storms, to fog and snow during the 11 months of racing. 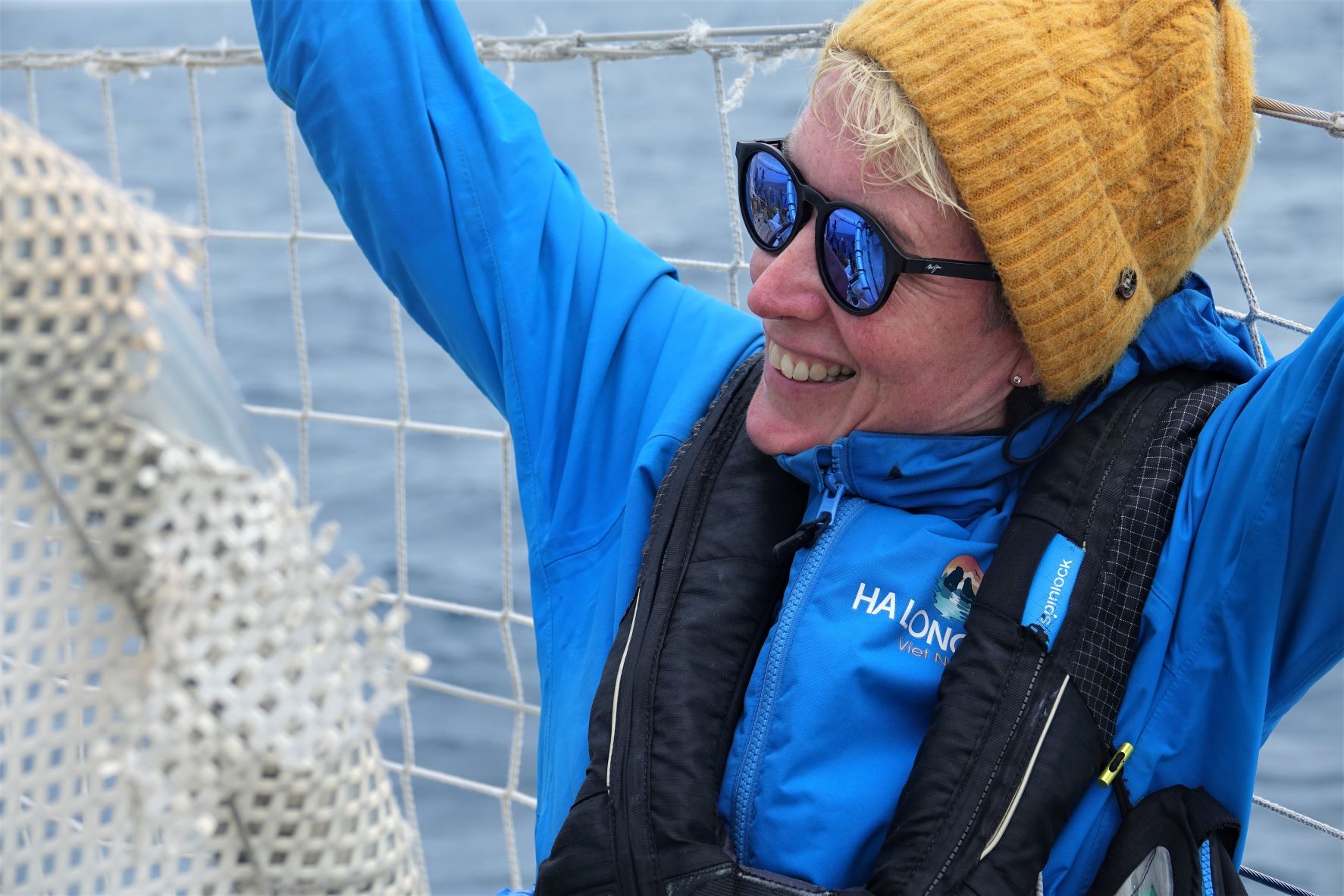 Images: It's smiles from Jacqueline Kavanagh who is now a circumnavigator

At some points of the global route, wind speeds reach hurricane strength, waves are taller than tower blocks and the nearest humans outside of competing teams are the astronauts in the International Space Station. 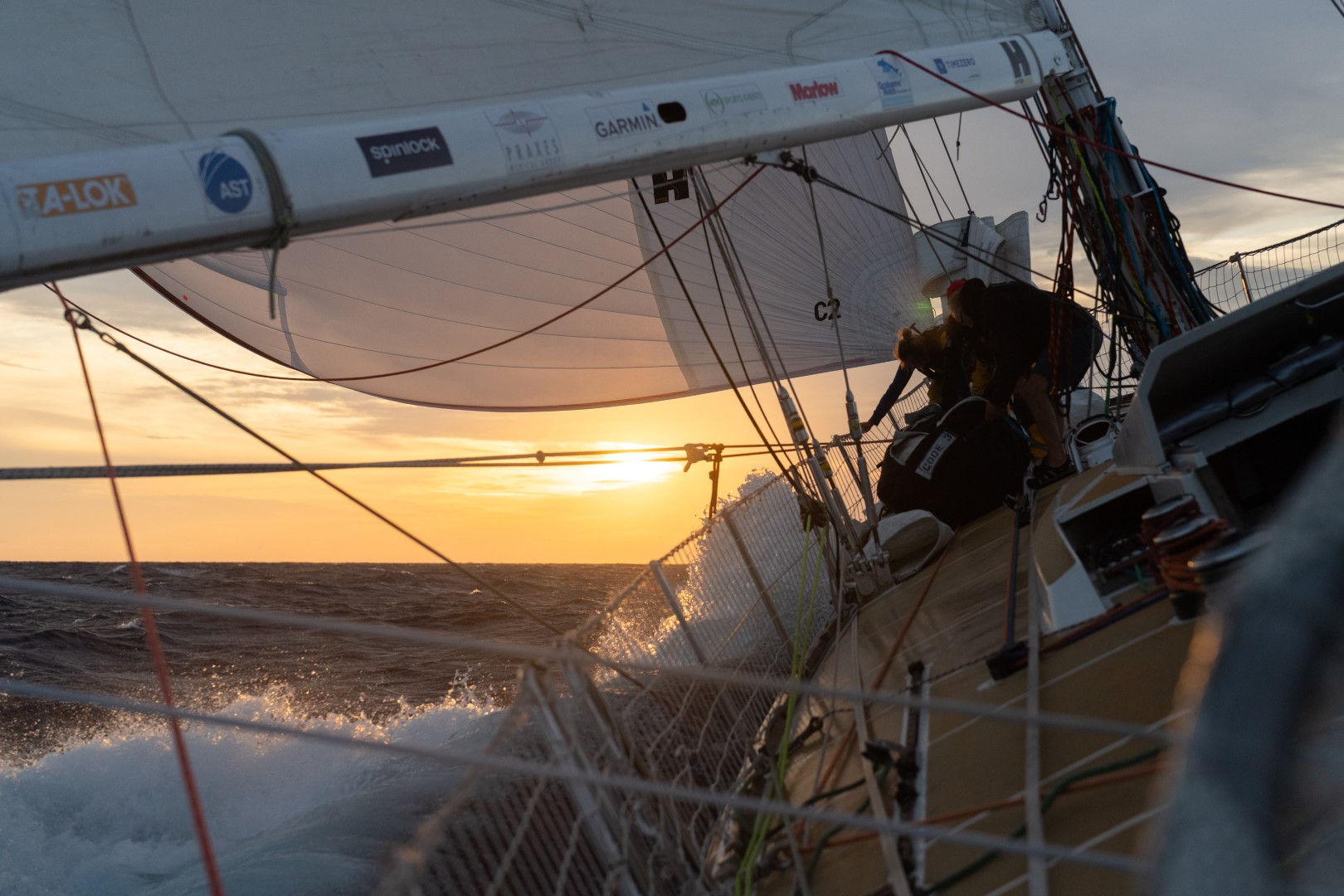 Crossing all longitude lines has been a much-anticipated stage of the race for the resilient crew members, with the race into Punta del Este which, as of last week, they paralleled with for the first time since October 2019 a couple of months into the 2019-20 edition of the race, which was paused in Subic Bay, Philippines, for two years due to the pandemic. 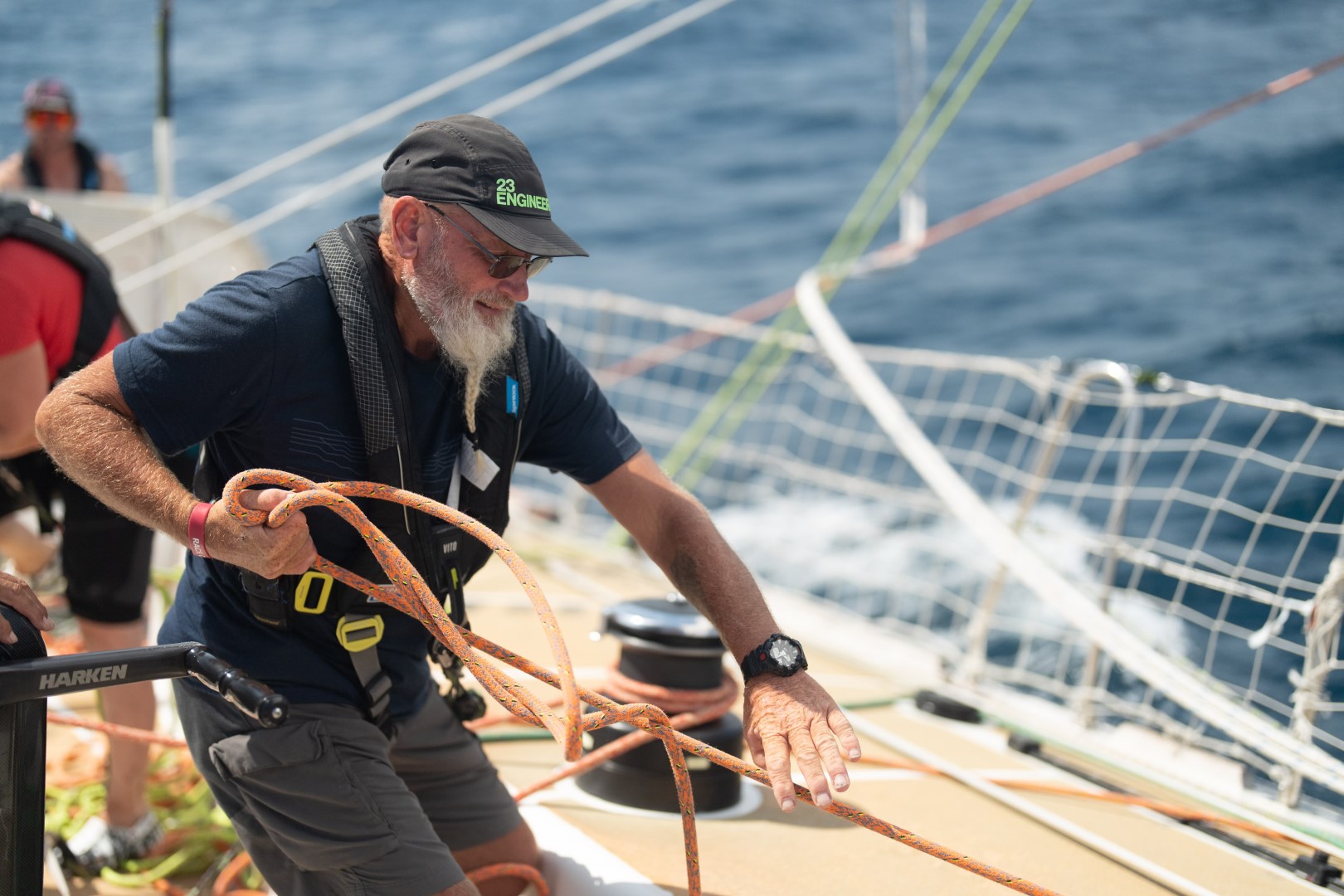 Josh Stickland, Skipper of the Ha Long Bay, Viet Nam team remarked on the milestone last week, saying: “In MASSIVE news, I could argue that tomorrow, technically myself, Harpo (Jim Day), Manuel Yersin, Jacqui Webb and Jac Kavanagh become Circumnavigators. If you look at our position on a globe and go directly south you'll see that we end up in line with Punta del Este in Uruguay! Cue... clap, whipping, and dusting off of hands.”

On competing team WTC Logistics, celebrations were interrupted as Skipper Dan Jones explained: “Right before we were crossing the longitude line of Punta del Este, meaning that our Round the Worlders Kaz, Paul, Rachel, Ben, Susie and Dan crossed every line of longitude on their adventure, which deserves a huge congratulations - our Code 3 [spinnaker sail] went BOOM!” 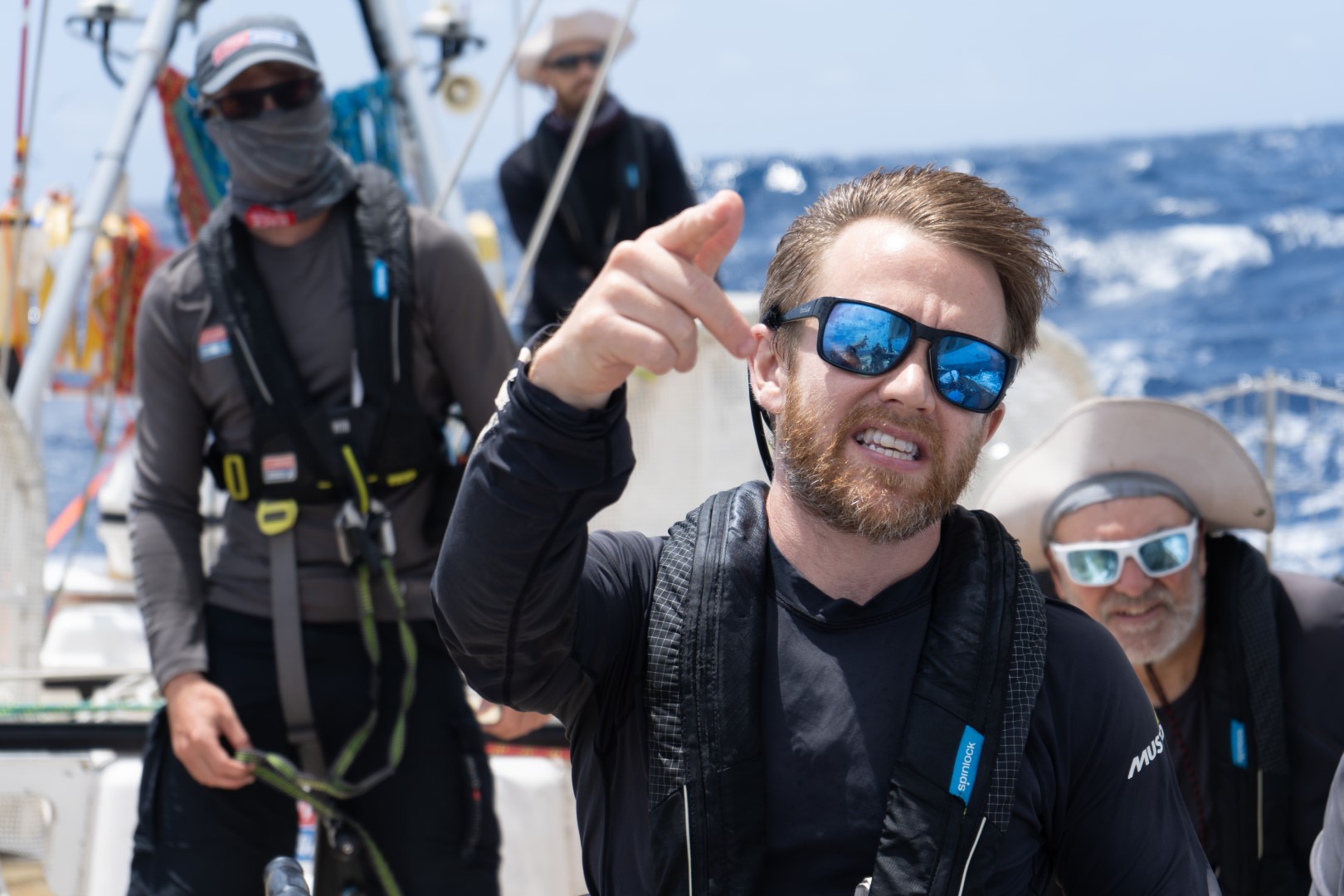 Image: Danny Lee, a circumnavigator on board Unicef, during Leg 6.

Danny Lee, a circumnavigator competing in the race on board Unicef reflects on the time he has spent at sea as he sails on the 14th of 15 individual races which make up the route: “The Clipper Race bubble is real and I really don’t want it to go pop. The world, at least to me, too often feels like a tragedy playing out its final scene where I’m completely powerless to help.

“It’s wonderful to be able to step outside of that and exist in a place where nothing really matters except sailing and passing the time with friends. I’ve always been Epicurean at heart and taking part in this race has allowed me to fully indulge in that way of life. The shared experience is incredible, but so too are the moments of peaceful solitude. The chance to be completely mindful, helming on another gloriously starry night with not a single worry passing through my mind.

“Alas, we cannot stay here forever in our joy filled parallel universe. Reality creeps over the horizon, and with it all the trappings I’ve enjoyed escaping for so long, but also, crucially, all the things I absolutely love in life – my friends, my family, London, meals that aren’t cooked in one big pot, football, and of course, because I am a completely basic, my massive TV. But I’m not ready to return just yet. For now I’m going to wander on deck and remain in this carefree idyll. Just a little while longer at least. I have all the time in the world.” 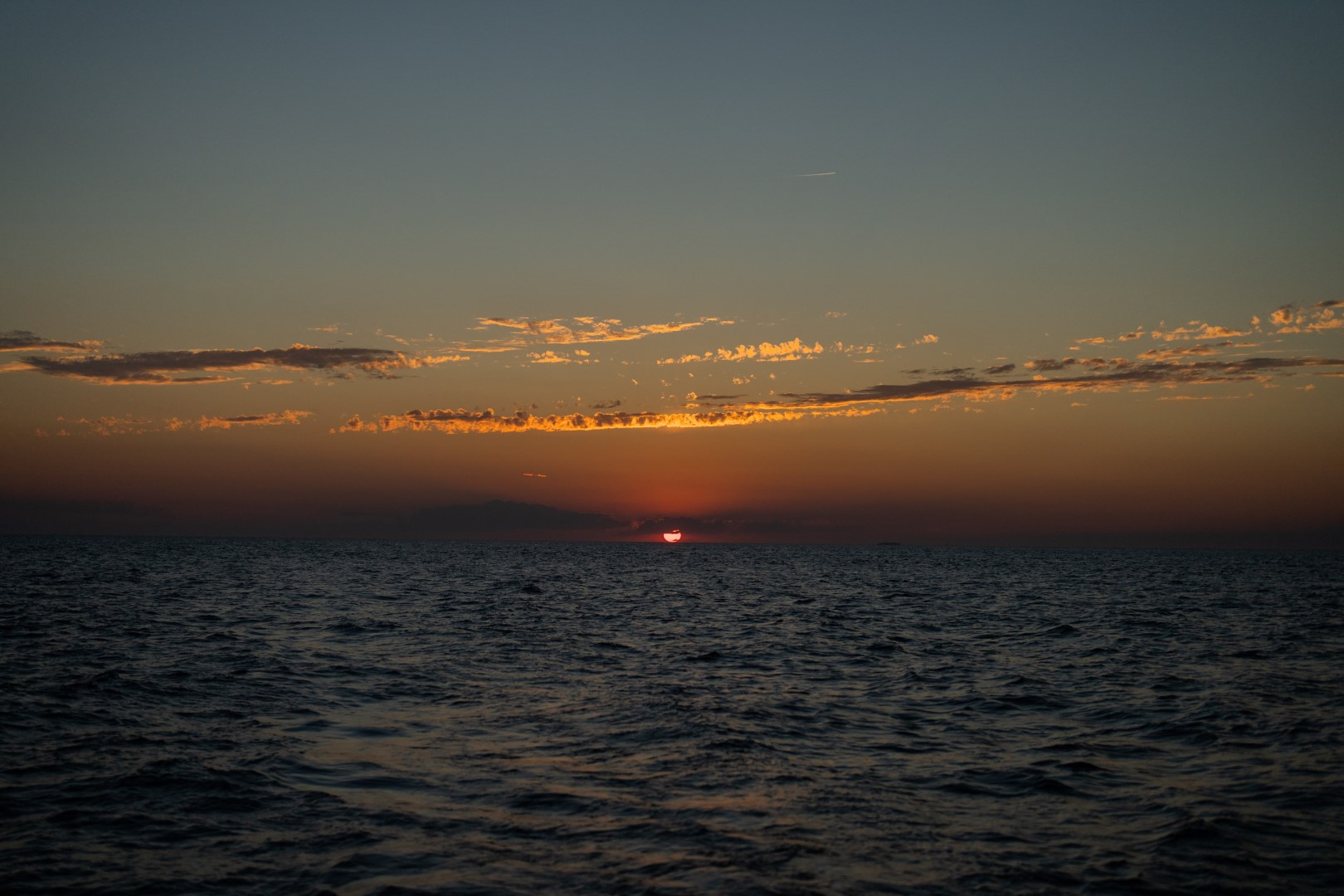 Since the restart in March 2022, the Circumnavigators and their fellow Race Crew have sailed thousands of miles across the North Pacific, around the coast of the USA, and are currently racing across the North Atlantic towards Derry~Londonderry. The fleet is due to complete its final ocean crossing, and arrive in the city from 13 July in time for the Foyle Maritime Festival running from 20 –24 July of which the sailing fleet is the centrepiece. Then there’s one final sprint, with London’s Royal Docks hosting Race Finish on 30 July.

Follow the race via the Race Viewer as the teams take on the final stages of the adventure which will finish in London at the end of July 2022.

Please see below the latest Derry~Londonderry ETAs.Please note that these are the best estimates based on the latest weather and average speeds of the fleet. Weather and tidal conditions will cause these times to change.A course extension has been made to Race 14- please click…

The Race 14: LegenDerry Finale Scoring Gate results are in.As the temperature drops for the fleet sailing across the North…

The Clipper Race Committee has announced there will be a course extension in Race 14.Due to the fast progress the…