Making waves at the Seattle Boat Show this week

This week, we have been making waves at the West Coast’s largest boat show in Seattle, USA.

During our debut at the Seattle Boat Show which runs until Saturday 6 February, we are searching for the next generation of Clipper Race crew willing to take on the challenge of competing the world’s longest ocean race – no experience necessary!

Crew members from 44 nationalities and 347 occupations are currently racing across the oceans of the world in the Clipper 2015-16 Race which started in London in August 2015 and will take almost one year to complete. The race is open to anyone over the age of 18 by the time they board the boat to take part, but there is no upper age limit. In April 2016, the world’s largest fleet of ocean racers will visit Seattle for the first time in the race’s 19-year history. It is also the first time the city has had an entry in the race, appropriately named Visit Seattle.

“Most people hadn't previously heard about the Clipper Race and there is now growing excitement that the fleet will be arriving in Seattle after crossing the Pacific Ocean in April. We have also had a great number of people that have gone from "what is this all about?" to "I can take part in this? I have to do this" in the space of a 20 minute conversation which is fantastic.”

At the show, visitors are in with the chance of winning a sailing experience on board a Clipper 70 during the fleet’s visit in April. If you are in the Seattle area and want to enter, come along to the Clipper Race booth: E1029. 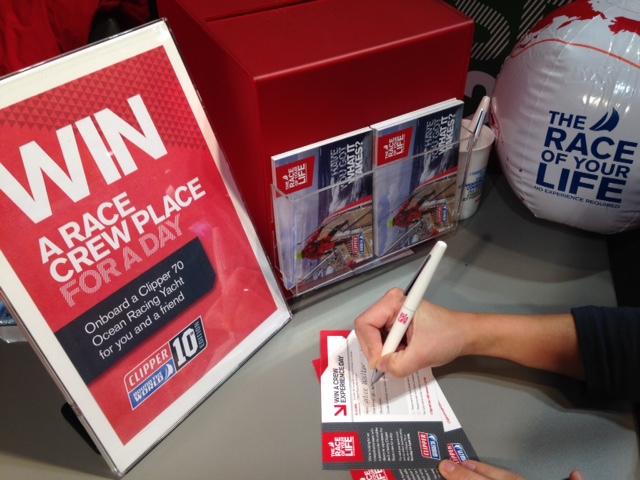 Sharing her race adventure at the show is Romanda Simpson, a 34 year-old Canadian who took part in the 2013-14 edition of the race. Having sailed from Australia to the USA via Singapore and China, she says: “The race was nothing like I've ever experienced! It was breath-taking, challenging and enlightening all at the same time. I would do it again in a heartbeat. It really set the stage for me...

“I look at what else I can achieve, in my relationships, in my physical stamina and development, in my emotional growth, and of course in the other adventures waiting for me. It's shown me my strengths and encouraged me to push myself further.

“I hope sharing my stories with people at the show has lit a spark in them, given them a thirst for something huge in their life...and remind them they really can do what they set their mind to!” 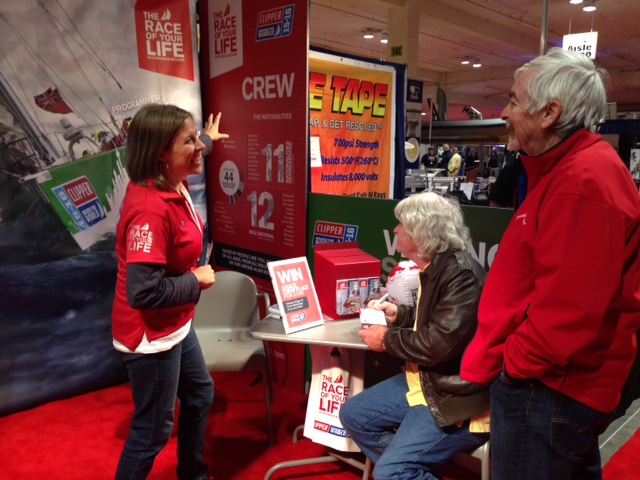 Visit us at stand: EAST 1029 until Saturday 6 February, or for more information go to: www.seattleboatshow.com

Or you can contact Recruitment Manager, Della Parsons: [email protected]

Visitors to the show can enjoy more than 1,000 recreational watercrafts, from stand-up paddleboards to superyachts and everything in between. With three acres to explore, there’s plenty to whet the appetite of the most seasoned of sailors to novices alike! Choose from more than 200 free boating and fishing seminars and the latest accessories indoors and afloat at CenturyLink Field and South Lake Union.

The Clipper Race is calling! Visit us at the Seattle Boat Show: 29 Jan – 6 Feb

Still looking for the ultimate New Year’s resolution?We are on the search for the next generation of Clipper Race crew to take on the challenge of racing the world’s oceans – no experience necessary!Whilst the current teams - made up of more than 700 international…

When the Clipper Race fleet sailed along the River Thames and past her pub in Canvey Island, Ann Adams couldn’t…

When Qingdao crew member Helen Hancorn saw the Clipper Race on the news last summer and learnt that anyone could take part, she went online and applied straight away.Now, having completed four levels of compulsory race training, Helen has joined her team in…