Chris Kobusch, 32, from Herford, North Rhine-Westphalia, Germany, started sailing a decade ago when he left school and moved to Cape Town, South Africa to work as a volunteer in a pre-school.

Whilst living there he met many South Africans who worked in the sailing industry and decided to try it out. Being so close to the Atlantic there he developed a love for the sea.

After completing his RYA Yachtmaster Offshore in 2009, Chris has been living and working professionally on yachts ever since. A familiar face to many past and present crew, he has spent the last three years working as training mate and Skipper at both our UK and Australian training hubs. 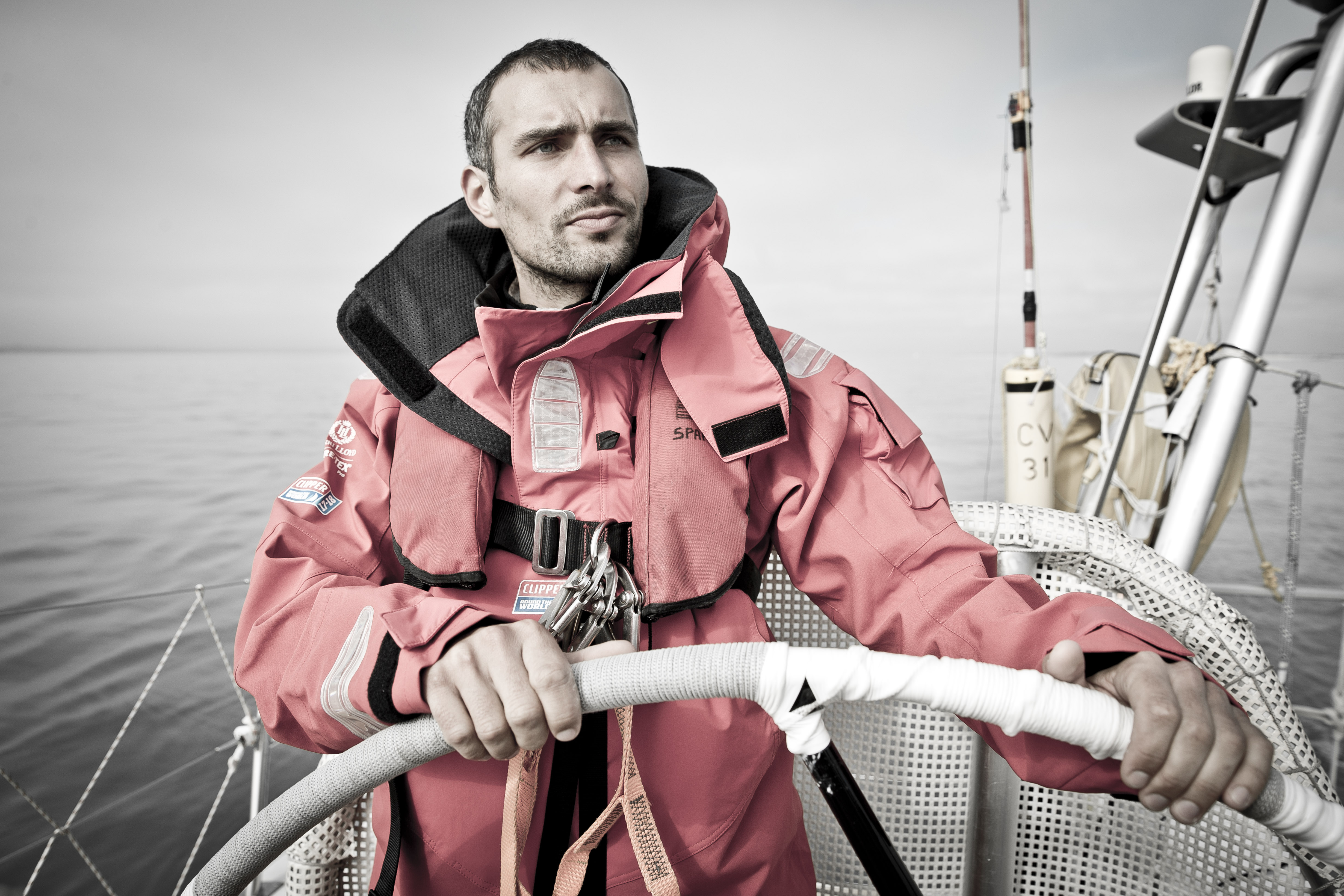 Having logged more than 70,000 nautical miles in the past ten years on the water, Chris has worked and sailed all around the world including Clipper Race stopovers in South Africa, China, the UK and Australia. Whilst working as an Instructor at our Sydney Training hub, Chris also navigated in the 2015 Rolex Sydney Hobart Yacht Race on board CV5 in competition against one of his sailing inspirations, the race’s very own legend and chairman, Sir Robin Knox-Johnston.

“The first time I heard about the Clipper Race was when I read Sir Robin Knox-Johnston’s book a year after I started sailing,” Chris explains. “I was so inspired and searched for more information about him online and that’s when I learnt more about the race, I thought it was a great event but never imagined I would one day be a skipper."

Preparing to take the next step and lead his own team in this year’s race, Chris says: “Living on board a Clipper 68, maintaining the yacht and teaching the crew has shown me yet again just how much I enjoy being at sea, while teaching people the things I love.

“I think a safe boat and safe crew makes for a fast and competitive team. You won’t win races with a broken boat or injured crew. I would like to help crew members build lasting personal strengths that make them more successful overall.

“I think the best leaders create more leaders and will be able to give their team everything they need to be productive and successful. I want my team to feel well trained, happy and recognised for great performance whilst being coached through their challenges.” 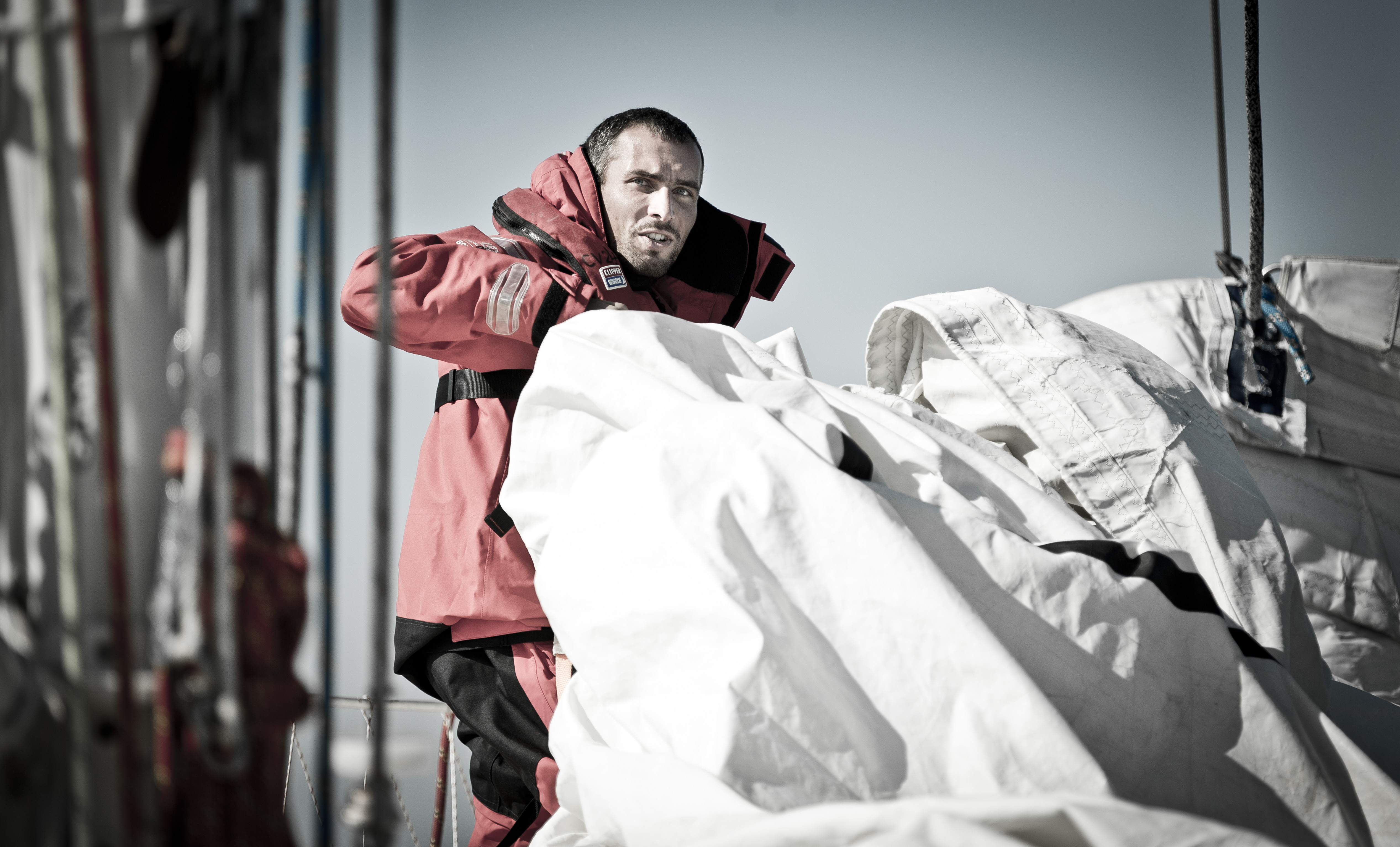 Having spent so much time living and working in the city where he started sailing, Chris is eagerly awaiting the moment he sails into Cape Town and considering it to be his home port on the race.

Looking ahead to the Australian section of the race, Chrissays: “For me going downwind whilst big wave surfing is the most fun I can have on a sailing boat so I think the Southern Ocean Leg from South Africa to Western Australia will put the biggest smiles on my face.”

Those who have trained with Chris will know that he has a good sense of humour, enjoys meeting new people from different cultures and backgrounds and has a democratic leadership style. He says: “It can be greatly rewarding when you see individuals growing their sailing skills and the whole crew transforming into a team.

“My greatest reward from the race will be looking back at the end of the race to see what we have achieved together; sailing a 70-foot racing yacht around the world – truly a once in a lifetime experience!” 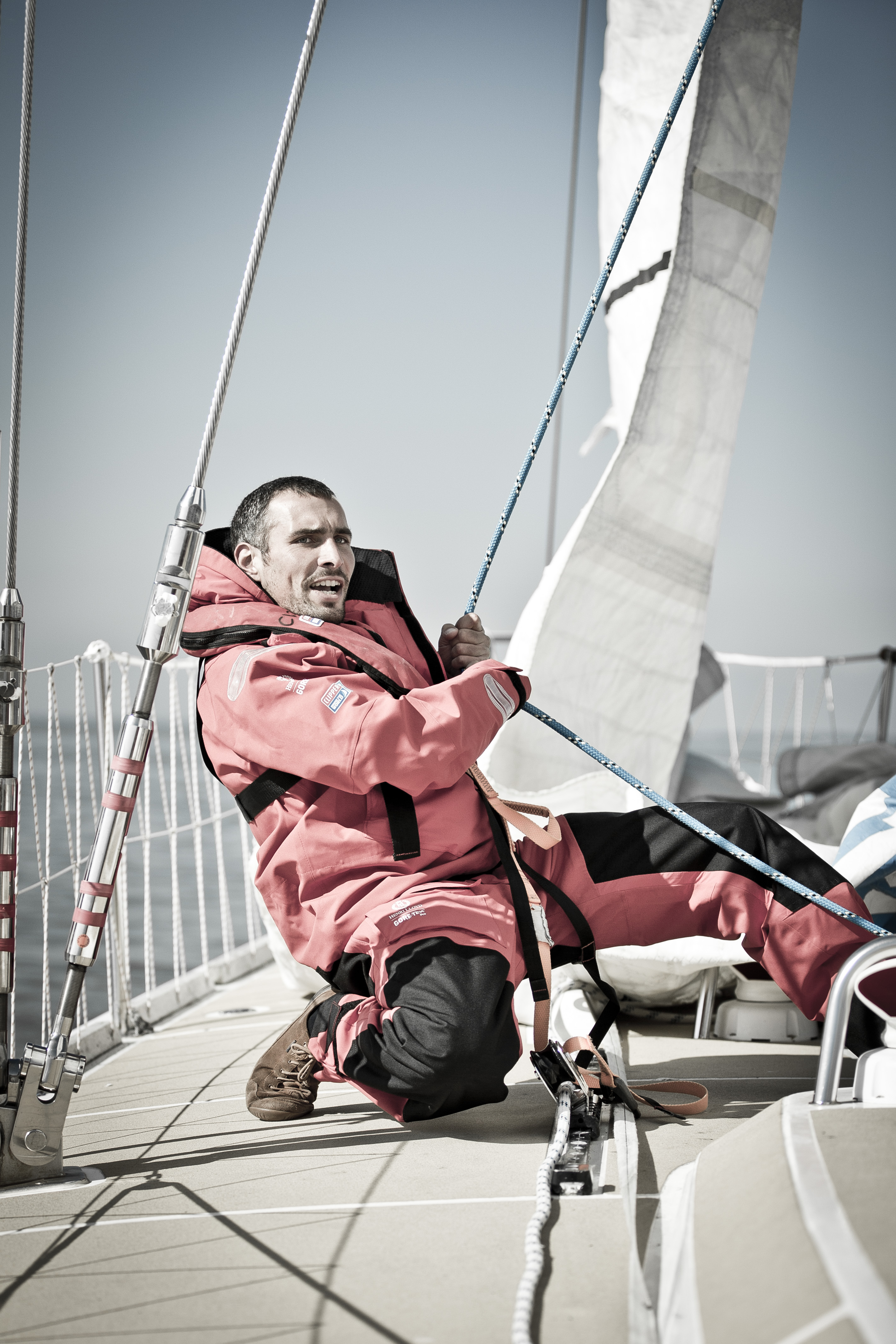 No stranger to all things outdoors, in addition to his sailing experience Chris enjoys hiking, running and cycling, and recently completed an epic 3631km, 48 day ride from Townsville, Queensland, to Melbourne, New South Wales, in Australia. His love for the sea extends beyond being on it but also in it as a professional dive master, with more than 120 dives to his name so far.

Favourite song: The Passenger – Iggy Pop
Early riser or night owl: Early riser
Nickname: German, seems to be quite catchy with my friends
Last book you read: A Voyage for Mad Men – Peter Nichols
Favourite word: Donaudampfschiffahrtsgesellschaftkapitänwitwe! Just kidding, my favourite word is Lekker, which is Afrikaans and can be used to describe anything good.