The Clipper Race is without equal, a fierce blend of intense competition and stirring human endeavour, but the results don’t stop with its crew: this unique global event provides an inspiring stage which translates into a powerful business opportunity for official partners and suppliers who share similar ambition to push boundaries and go beyond expectation.

Clipper Race CEO and Co-Founder William Ward says: “Governments, cities, financial technology leaders, small specialist businesses and larger consumer brands, all shared our vision throughout the Clipper 2015-16 Race, collaborating with us on a wide variety of creative campaigns. We’re extremely pleased to see them achieving such strong results through their partnerships with us.”

Tourism, trade and investment, brand awareness, sales growth, business development, R&D, community engagement and legacy are just some of the reasons partners choose to do business with the Clipper Race.

For Host Ports and Team Partners, attracting tourists and building economic impact is key. Long term partner Derry-Londonderry in Northern Ireland experienced a record breaking £3.5 million boost to its local economy during the past race edition.

A new independent research report reveals that 163,000 visitors, 25 per cent of whom were international, visited the city’s waterfront during the nine-day 2016 Foyle Maritime Festival which was built around the Clipper Race stopover last July. Two thirds of visitors stated that the Clipper Race was a primary reason for visiting the festival and the high attendance levels also resulted in July 2016 being the best performing month for hotel room sales ever recorded in Derry-Londonderry. 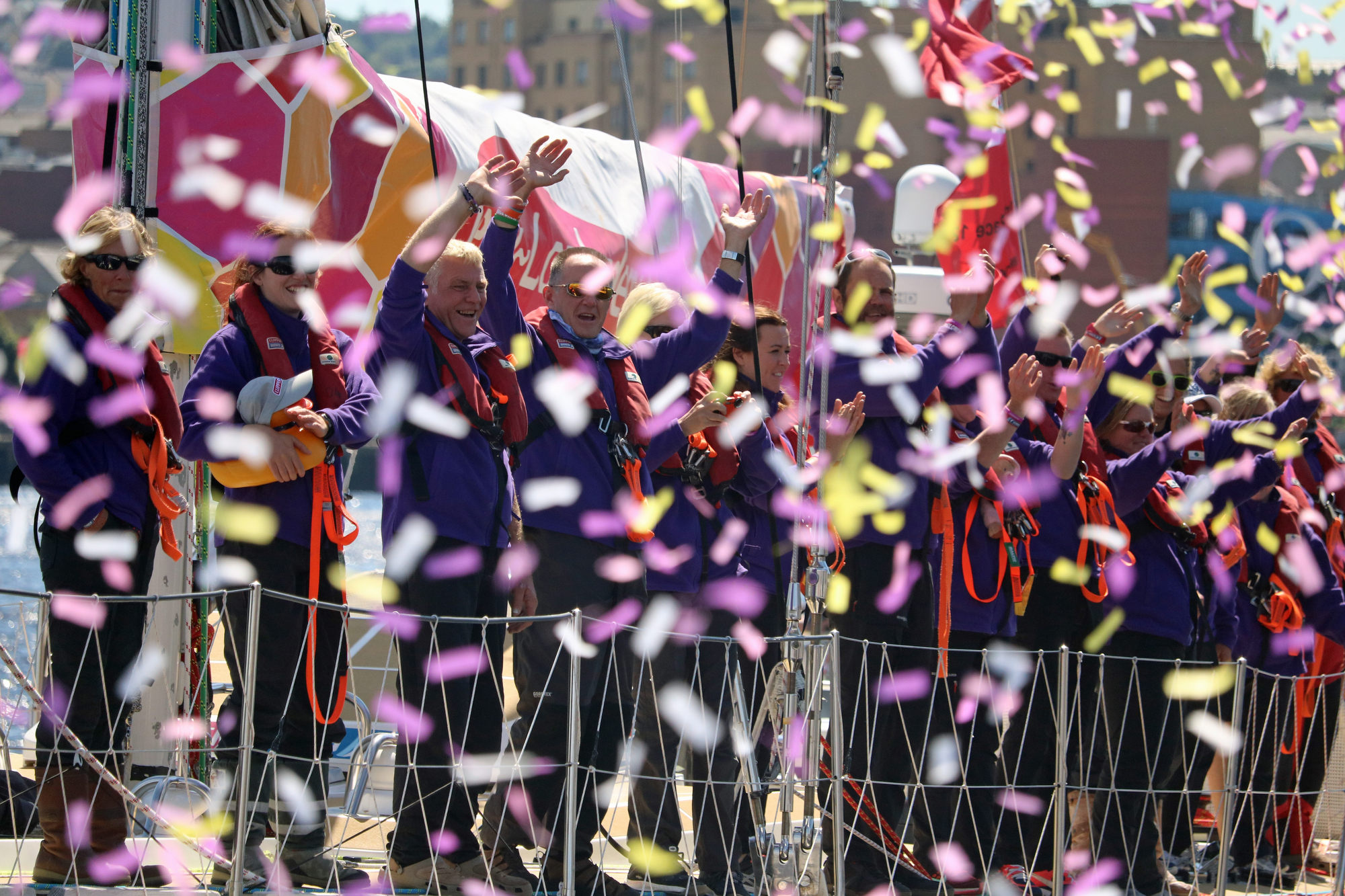 The city, which uses the race to promote the message that the city has moved on from its troubled past and is open for tourism, trade and education, exceeded all previous years’ results. Alderman Hilary McClintock, Mayor of Derry City and Strabane District Council, said: “We have welcomed visitors from all over the world and it has been fantastic to see the city profiled in such a positive way on the race’s global platform.

“Our partnership with the Clipper Race has helped demonstrate our ability to stage an international event generating substantial revenue for the local economy and it has enhanced the region’s profile as an exciting and unique visitor destination.”

The British Government’s GREAT Britain campaign has partnered with the Clipper Race since 2012 to support its wider objectives of bringing jobs and growth to the UK through promoting international trade opportunities and attracting tourists, and export opportunities. 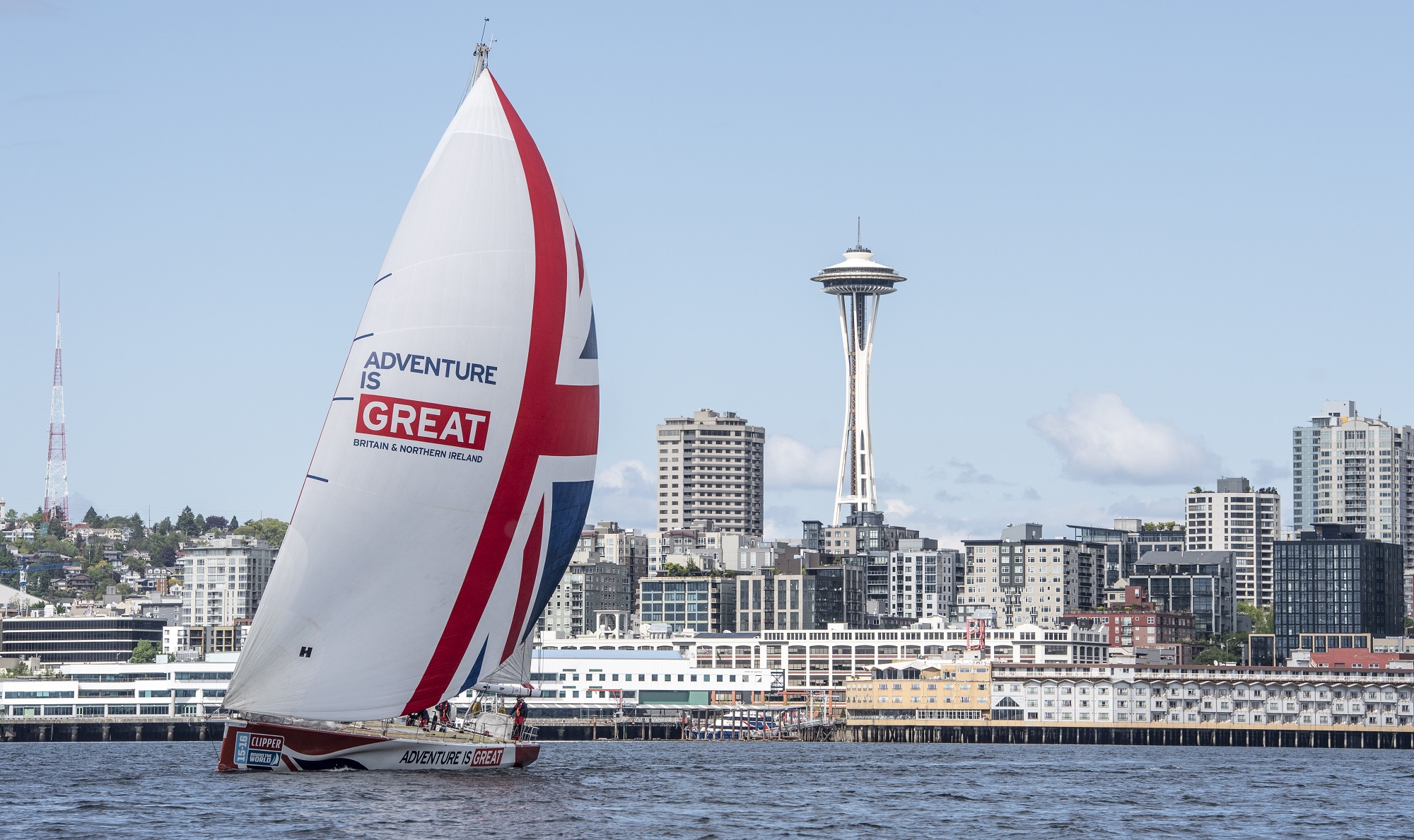 Conrad Bird, Director of the GREAT Britain campaign, said: “The Clipper Race has been a fantastic partner to date, providing the GREAT campaign with a huge amount of opportunities to promote our businesses and our brands. It is also a social platform with a strong human dimension.

“The Clipper Race story is unique, of real people facing individual challenges and undergoing transformational experiences, with those experiences translating into highly inspiring opportunities to tell our success stories around the world.”

William Ward, the Clipper Race CEO, was appointed a GREAT Ambassador and joined up with other UK business leaders to promote the UK Government’s ‘Exporting is GREAT’ advertising campaign. Filmed on board the GREAT Britain boat during the Rio de Janeiro stopover in 2015-16 race, the advert has featured extensively on ITV, Channel 4 and Sky TV.

In business, relationships are key and the Clipper Race offers a unique and dynamic engagement platform. Financial technology leader LMAX Exchange used its team partnership to nurture existing client relationships as well as to develop new business opportunities in key territories: London, Sydney, Qingdao, China and New York. With over 220 clients engaged and 50 new business connections made, LMAX Exchange rated its return on opportunity as 7:1. 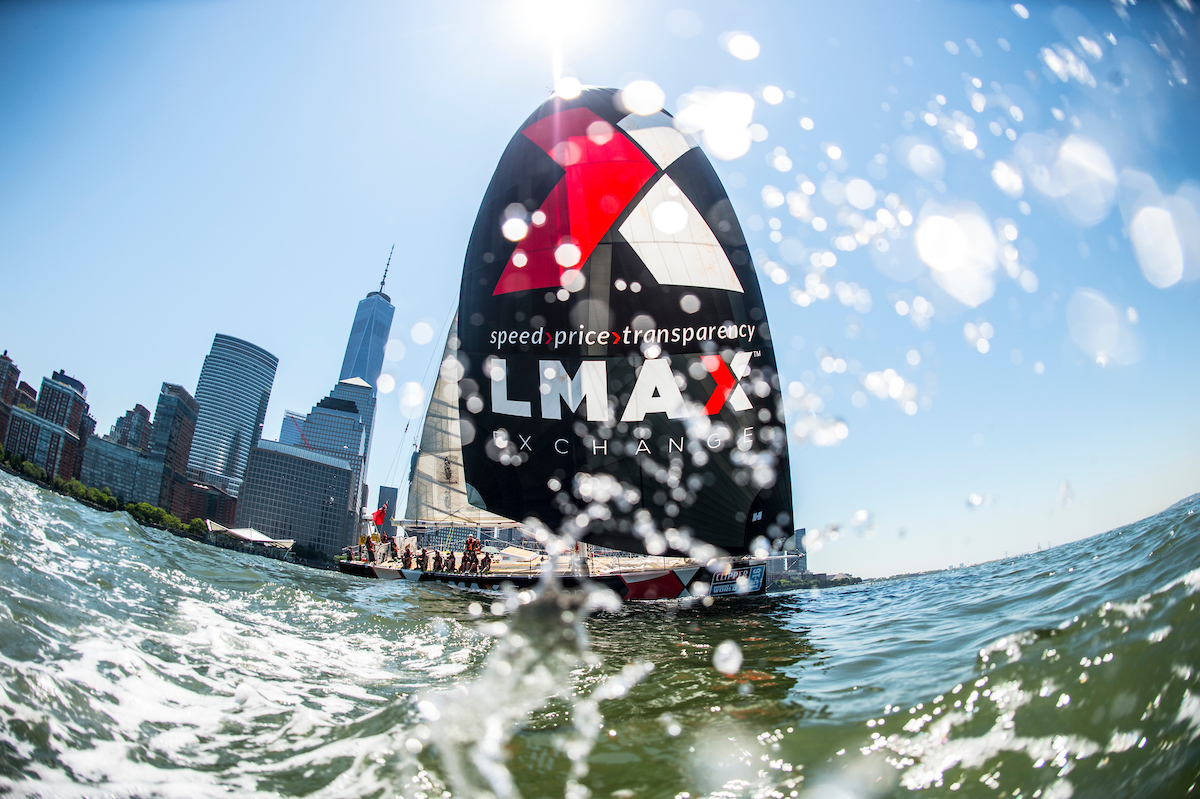 The long-term duration of the race and its global participation, scope and audience levels offer high awareness and sales potential to consumer brands. Activations to date have realised significant double-digit growth and in 2015-16 the Official Clipper Race Timekeeper Elliot Brown Watches launched a multi-platform digital awareness campaign looking to emulate this success.

Throughout its 18-month campaign Elliot Brown Watches grew 40 per cent and sold all its limited-edition Clipper Race Canford watches. The brand also collaborated on a successful digital marketing campaign using unique content sent back during the race by a brand ambassador crew member and the creative use of fastening a watch to the mast of one of the round the world yachts to prove the products durability in the face of Mother Nature’s harshest conditions.

The Clipper Race’s heavy endurance nature has provided Technical Clothing Partner Henri Lloyd a perfect testing bed since 2002 for trialling new technologies and design firsts, and with approximately 700 crew now participating in each edition, a typical year-on-year increase of 40 per cent in sales has been directly attributed to its race partnership.

In a further strengthening of East Asian relationships, Qingdao, the Clipper Race’s longest term Host Port and Team Partner since 2005, which has built its credentials as China’s Sailing City, has committed to a further two race partnership to 2020. With the addition of Sanya as a second Chinese Host Port and Team Partner for the next two races, the Clipper Race is committed to developing multilateral tourism and business relationships between Asia and the rest of the world.

In addition to helping partners realise financial targets, the Clipper Race supports vital corporate and social responsibility initiatives, such as the first-time partnership with Official Clipper Race Charity Unicef which raised over £320,000 for children in danger in every country visited on the race route.

The race also works with the Sapinda Rainbow Foundation bursary scheme for young people from challenging backgrounds in South Africa. It was created in 2013 to provide unique development opportunities in a bid to inspire future community leaders through completing a leg of the race followed by mentoring. All participants from the 2015-16 edition of the race have now gone into education, training or employment.

To read a summary of all the highlights from the 2015-16 edition, visit the partnerships Case Studies section of the website.

There are many inspirational people who take part in the Clipper Race, and one of them is 2015-16 crew member Chris Drummond.Chris, 63, from High Wycombe in Buckinghamshire, has made it his mission to raise awareness, particularly among men, about the importance of the early…