Finding the perfect Christmas present can prove to be a challenging task for many of us but it was no problem for the wife of Sanya Serenity Coast crew member, Glenn Manchett, who surprised her husband on Christmas Day with a Clipper Race circumnavigation.

Glenn recalls: “This time last year I was expecting a usual Christmas…but then I opened a present from my wife to find a completed application form and a date to attend an interview at Clipper Race HQ - was she trying to tell me something!?”

Despite enjoying time on the water by water-skiing and sea fishing, Glenn had never stepped foot on a sailing boat before starting Clipper Race training. Fast forward 365 days and Glen finds himself gearing up to take part in the Rolex Sydney Hobart Yacht after sailing nearly 20,000 nautical miles around the globe from Liverpool, UK. 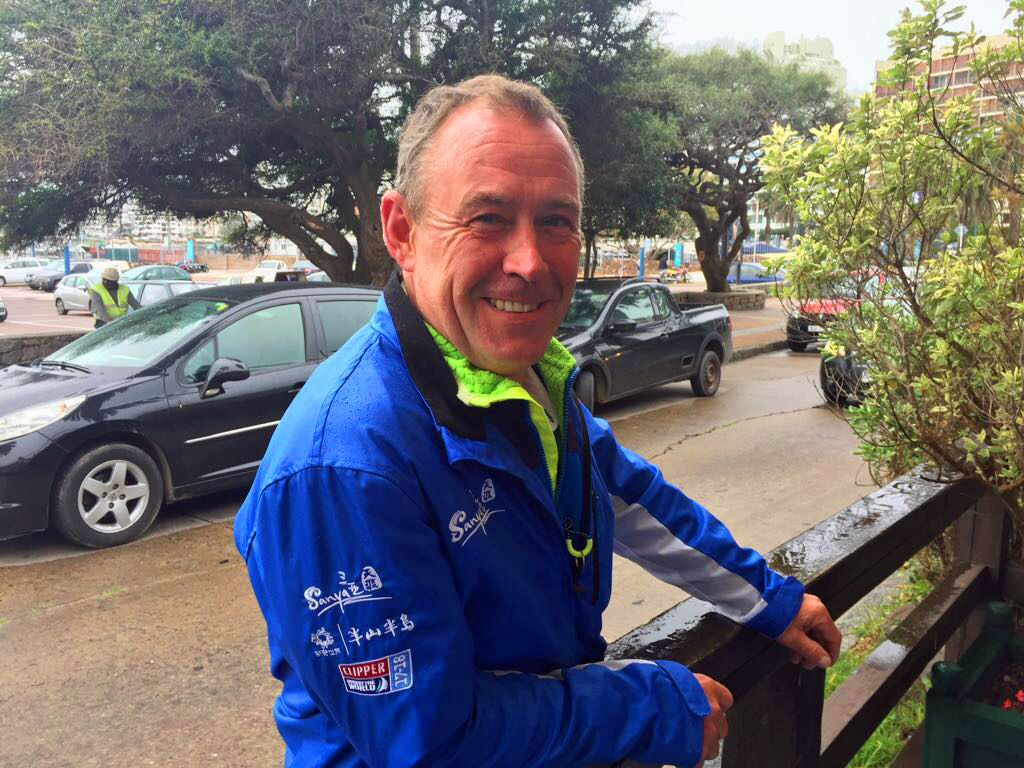 Looking back at the Clipper Race training programme, Glenn says: “Each training week was tough: sailing is complicated, I didn’t ever imagine how complicated, with masses of unfamiliar and illogical words (‘sheets’ are ropes, not sails!).

“Couple that with sea-sickness (I’d never had it before so I thought I’d be immune) and it was like spending a week in a bad dream.”

However, Glenn soon found his sea legs and has spent the last four months sailing half way around the world on board Sanya Serenity Coast via Punta del Este, Uruguay, Cape Town, South Africa, and Fremantle, Western Australia, before arriving in Sydney. 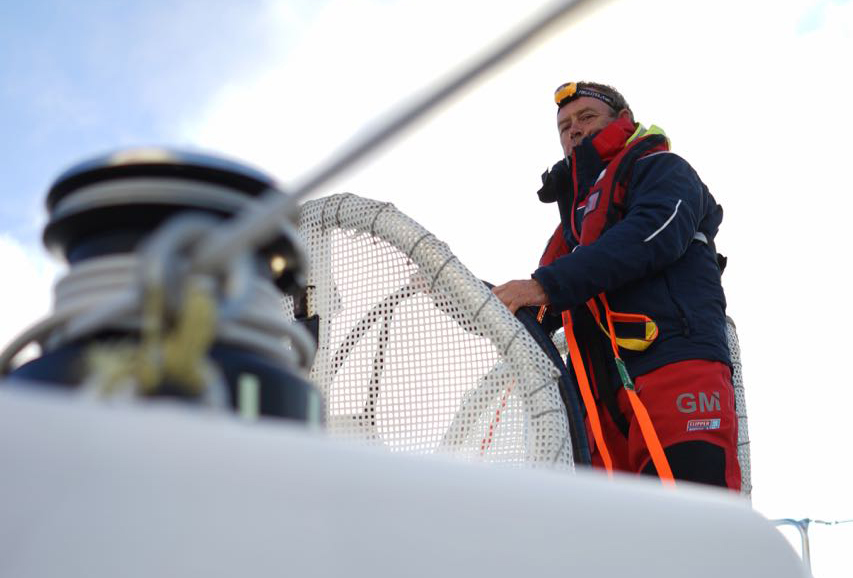 Photo: Glenn Manchett helming through the Southern Ocean, taken by Ming on board Sanya Serenity Coast

“I’ve been asked what I enjoy most about the sailing experience. Helming a 70ft boat on the ocean is an unbeatable feeling. However, I’ve also enjoyed the challenges thrown up by my role on board as Engineer.

“I’m a mechanic in ‘real life’ but that usually happens in stationary situations. Drilling out, angle-grinding or helicoiling, whilst inside a washing machine (Southern Ocean) or up a moving mast, has tested me in new ways.” 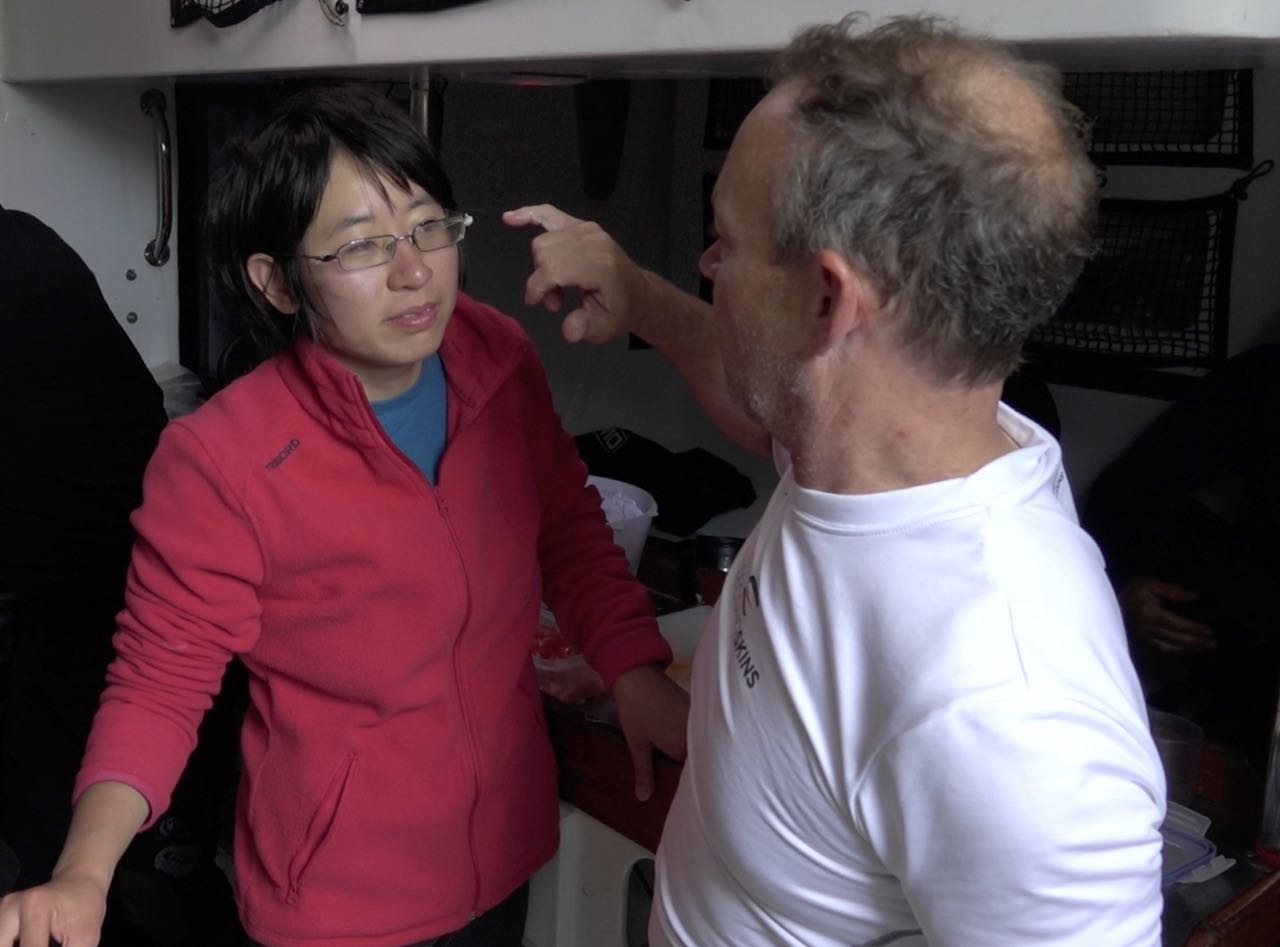 But Glenn has also enjoyed developing new skills: “Doing the ‘ordinary’ things in a galley the size of a large cupboard has surprisingly been fun; cooking for 20 hungry crew mates and their eating it without complaint is great, especially as I’ve hardly cooked before. To those at home: my bread is something to behold!

“I used to think that in these kinds of interviews when people said that the time with their team was amazing, they were just being polite. But that’s not true. I’ve met people who have impressed me in so many ways; the generous patience of the watch leaders while teaching us new skills, those with rocket-fuelled brain cells who pick up new information at top speed, and, above all, the good humour - especially on that first leg to Punta del Este, Uruguay, which just went on forever! 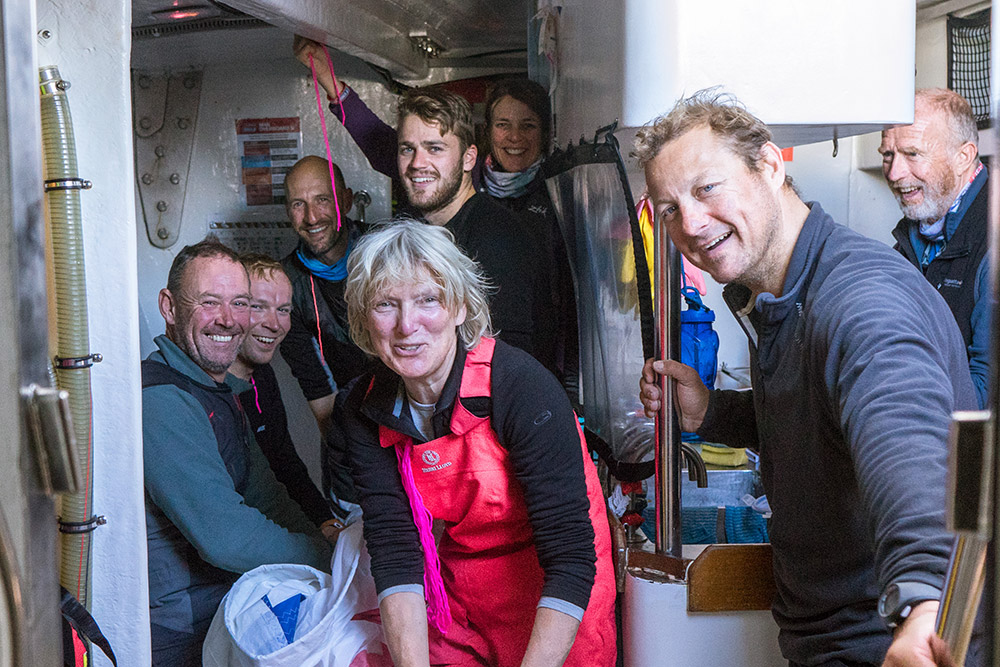 Photo: Glenn far left with some of the Sanya Serenity Coast crew members during Leg 2 from Punta del Este to Cape Town.

However for Glenn, the reality of his accomplishment so far is still sometimes difficult to fully absorb. He explains: “Sometimes, up on deck, on a cold night with winds and sea roaring so loudly you can hardly think, on a six-hour watch where each time you check your watch after what seems like a millennium and only a minute has passed, I do ask myself WHY am I doing this?

“But, I know that’s not what I’ll take away from the whole experience: I’ll remember whales breaching, phosphorescence, wild sea states, our crew rapping, spinnaker wraps, the thrill of surfing down 40ft waves, arriving at shore to greetings like those in Punta del Este, Cape Town and Sydney – where a podium place is icing on the cake - and the overwhelming tide of support from family and friends.

“Nearly half way around the world doesn’t feel quite real and I don’t think about finishing - just the next stretch.”

With the full support of his family and friends, Glenn will continue to Clipper Race arriving back in Liverpool on 28 July next year. But looking further ahead Glenn says: “Will I sail again after the Clipper Race? Preferably not in the cold, not at night, not in rough seas. But if there were no foulies, no head torches and if there were a toilet you could stand up to use…!”

“But, who knows what my family will have planned for next Christmas...?”

Longing to swap Christmas presents for ocean adventures? Or want to surprise a loved one with the race of their life? Applications for the 2019-20 edition are now open!

For most of the world, December 24 is Christmas Eve and a time to relax and celebrate. But for 102…

Following a festive stopover in Sydney, the Clipper Race teams are now raring to take on the iconic Rolex Sydney Hobart Race, which doubles as Race 5 in the All-Australian Leg 4.A bucket list challenge in itself, this is where the Clipper Race feet will…

The Clipper Race is not only the race of their lives for crew, but for the many supporters who wake…