For Paul Bidwell, circumnavigator on Unicef, racing has always been a passion and sailing around the world has always been a dream. After selling his joinery company in May this year the opportunity to take part in the Clipper Race finally arrived and he has not looked back.

“This is fantastic because it’s practically the only opportunity ordinary people can get to sail round the world. I looked at other racing companies and other possibilities but the Clipper Race gives you the purpose and you have the instruction and the education of doing it as well, so it’s perfect.

The competitive aspect of the Clipper Race was one of the main reasons why Paul signed up to take part: “It was the race itself, I have always raced always been competitive. I’ve raced motor bikes and all that kind of stuff, so that was the first appeal, the fact that you are pitting yourself against boats of exactly the same design so that just added to the immensity then the other one was the fact that we were going to circumnavigate the globe.”

A seasoned racer from windsurfing, motorbiking and dingy sailing, Paul has done it all and his love of being on and around the water started from a young age. 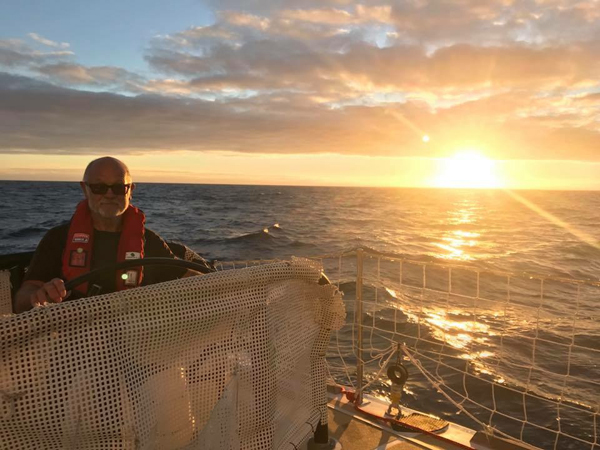 “I started windsurfing in 1978 after I went on holiday and saw a windsurfer on the beach. Nobody knew what it was as it was brand new, and I then spent a week going up and trying to sail it. I came back loved it so much, I gave up my job and got a job teaching at two schools while racing at the same time. I managed to get into the British team in 1980 and did ok becoming the best British competitor in the heavyweight class.

“I used to dive and water ski as I loved being on the water and under it. We joined a sailing club, (Fishers Green) doing dinghy sailing and, I’ve also always been on chartered boats. I’ve done the Round the Island race a couple of times but nothing as big as this. This is a whole new kettle of fish; massive!”

After seeing the fleet come into St Katharine Docks some 15 years ago he had never really considered taking part until the opportunity arose and then it was now or never. With only three months between signing up and Race Start in Liverpool, it was a tight timeframe in order to complete the training and prepare to sail around the world.

“I intended to do the race for my 60th birthday but due to the biennial nature of the race, it was either now or wait two years. Sarah said ‘just do it’, my kids are fantastic - they love it and also supported my decision. I think they are quite proud of me.”

Paul is really looking forward to having his children and partner Sarah fly out to meet him in Sanya for the stopover in February to share in his experience, saying: “I have spent time bringing up my family supporting them, sorting them out and now I have an opportunity so it’s my turn and they said go for it. Another good reason to do this sort of stuff is it enables my kids to realise you can achieve the things you really want to achieve if you go for it.”

Even though an experienced sailor, when reflecting on his experience, Paul said: “I didn’t really know what I was letting myself in for. It was on Level 4 when we had some 40 knot gusts and reasonable waves and the boat was heeled over and I was like ‘ooh this is going to be a bit different travelling around the world at 45 degrees.’”

And it has been that life on a lean that has been physically demanding but also very rewarding:“45 degrees for ten days has been pretty hard, physically and as much mentally as well, but there has been no real low points. Everything I’ve done previously has been single handed, just me, individual, solo, so if I do well it’s down to me and if I do poorly it’s down to me and that has been my only frustration, relying on other people to do what they need to do in order to win.”

He added: “It has however exceeded all my expectations. I came into this with a degree of trepidation and caution and it’s been fantastic, absolutely fantastic. And I am not just saying that, I have surprised myself.” 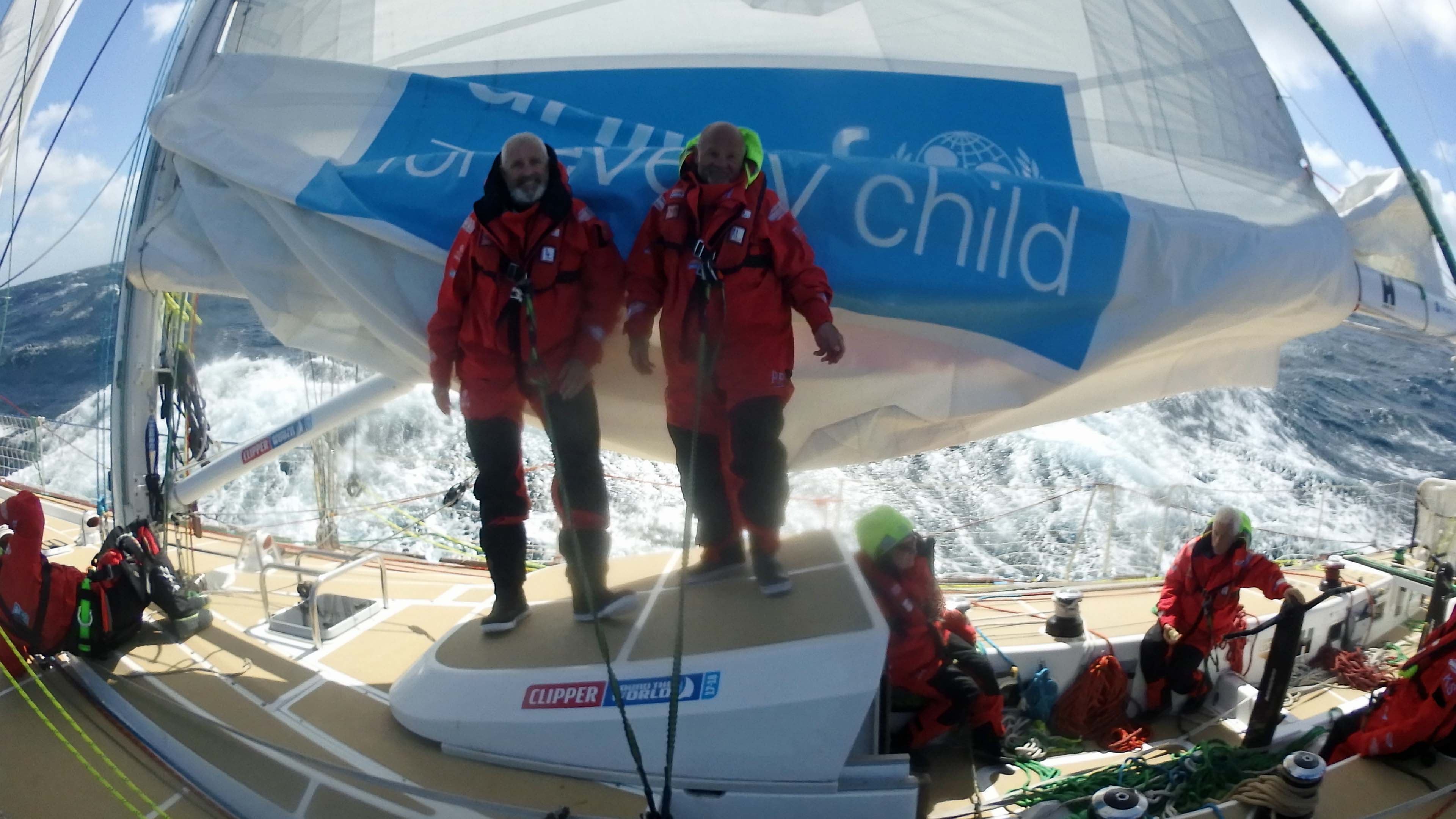 Unicef, currently eighth on the overall leaderboard, placed first in Race 3 from Cape Town to Fremantle and finished Race 4 into Sydney in sixth place, its strongest results to date. “When we won the Leg 3 into Fremantle, that was just fantastic.”

Paul has raced over 17000 nautical miles of his 40000nm circumnavigation, with crossings of the Atlantic and Southern Ocean under his belt, and so far visited Punta del Este, Cape Town, Fremantle before arriving here in Sydney.

He has enjoyed the stopovers, saying: “Punta del Este was amazing and the welcome we got was second to none. Everyone was friendly and wanted you to be there. It was my favourite stopover so far, but I am looking forward to exploring Sydney. Every stopover one of my crewmates and I get a couple of motor bikes and go travel around for a couple of days to explore and do a bit of off-roading. I have raced in lots of different aspects and vehicles from boats to bikes but I have never experienced the friendliness of the other people like I have with this race and it’s been great.”

Paul, along with the rest of the Clipper Race fleet, will be taking part in the famous Rolex Sydney Hobart Yacht Race, starting Boxing Day, before heading to the Whitsundays to complete Leg 4, which will mark the half way point of his circumnavigation.

“I have thought about the end of the race on the odd occasion and I can’t imagine what it’s going to be like to get back to Liverpool. It’s going to be incredibly overwhelming. I find it hard to believe I’m in Sydney now, let alone that I will have circumnavigated the world.

You can follow Paul and Unicef’s progress around the rest of the world on the Clipper Race Viewer and applications are open for the Clipper 2019-20 Race if you too would like to be one of the few to achieve a dream of sailing around the world.

Unicef was the first team to arrive on a second day of boat arrivals in to the Cruising Yacht Club of Australia, Sydney, after crossing the Finish Line of Race 4: The ClipperTelemed+ Tasman Test, in sixth place, at 09:05:12 local time (22:05:12 UTC 15/12/2017).Following…