Ineke Van Der Weijden from Utrecht, Netherlands is circumnavigating onboard Nasdaq and has been a sailor most of her life. She has always wanted to cross an ocean and upon completing the Clipper Round the World Yacht Race will have crossed six, she said: “It was always in the back of my mind, when I was thinking about leaving my job that I could get back into sailing by crewing on a boat across the Atlantic.

“Right at that time I ran across a newspaper article that said biggest amateur sailing race around the world and I just clicked on it. After reading it I went straight to the Clipper Race website, downloaded the form, filled it out and sent it in.”

Before taking the leap and joining the Clipper Race, Ineke was living in landlocked Botswana and working as an economic development program director. She was responsible for around 300 small entrepreneurs, giving them training and mentorship on how to improve their business skills so they could grow their businesses. 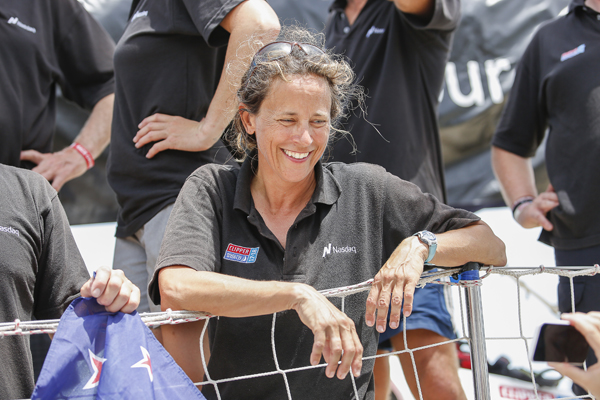 Whilst the circumnavigation is not her first challenge it is certainly one of her toughest, she said: “I’ve hiked in Nepal and through the jungle in Columbia, along with climbing Kilimanjaro. They were heavy duty experiences too but took maybe 10 days and weren’t 24/7 like the race is. This is by far the most demanding thing I have ever done.”

“The race has been amazing. It hasn’t always been easy but the balance by far is absolutely worth it. You learn a lot about sailing, have adventures and it’s beautiful to be out there in the open ocean, meet great people and see amazing places.”

After sailing over 35,000 nautical miles and visiting five continents to get to this point she said Leg 6, from Qingdao to Seattle was definitely the toughest: “It’s incredibly physically demanding and also very long. If these things happen for one to five days it’s fine but it’s just the relentlessness and the length of it that’s tough. It’s the leg that everybody wanted to test themselves with to say I’ve come so far, can I do this, can I cross the mighty North Pacific and say on the other side, yeah, I did that. That’s the reward you get for the tough days along the way.” 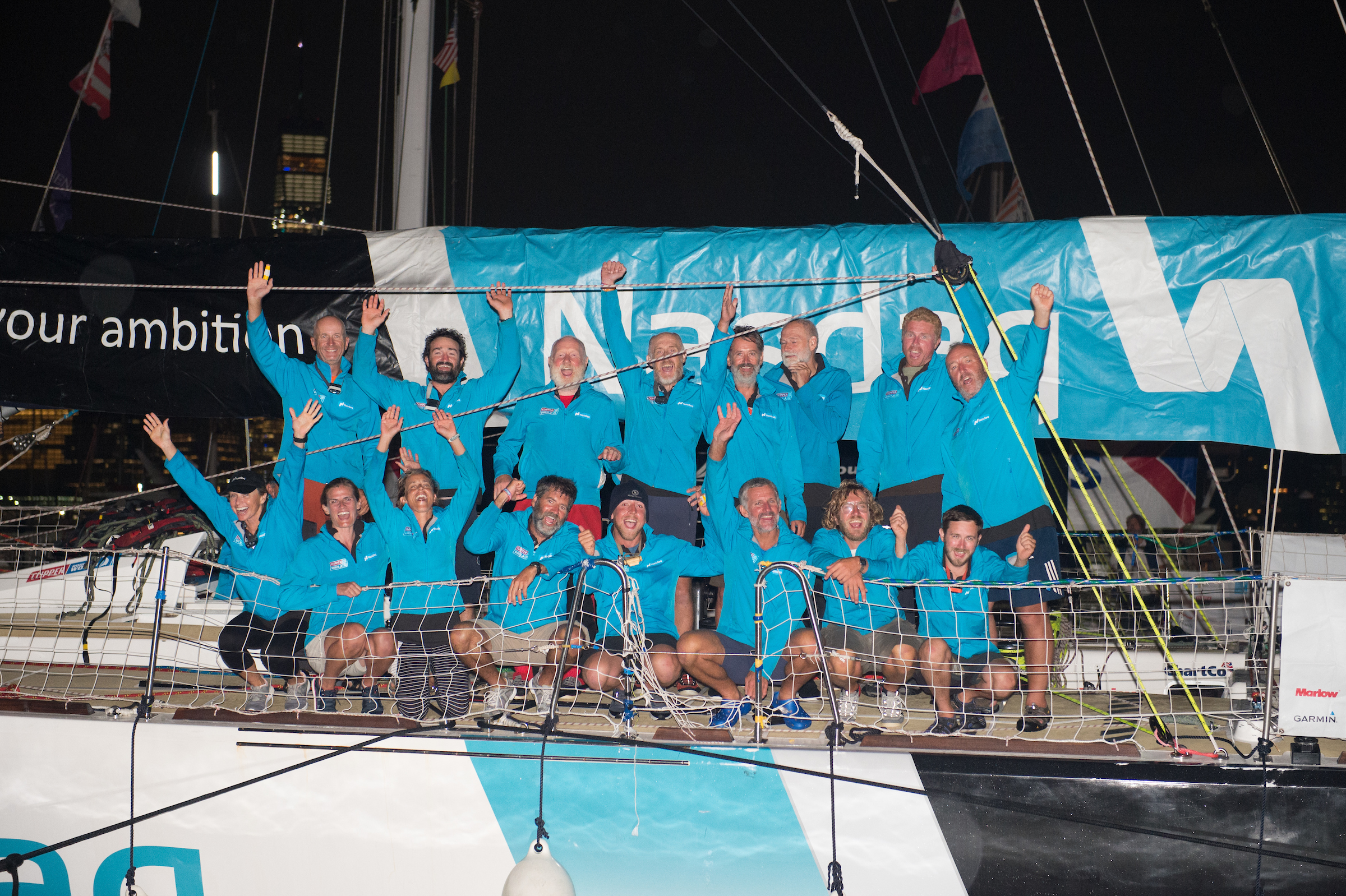 Whilst many Clipper Race crew have no sailing experience, Ineke grew up sailing dinghies and smaller yachts. But despite her experience, she continues to learn a lot from the race: “I did grow up sailing but a 70ft boat is very different to a dinghy or even a 40ft boat so you learn the technical things but also learn from living with 20 people in such a small space.

“Interpersonal skills, how to deal with issues or if something goes wrong on deck, if a sail breaks down after a lot of wind - you have to all work together to get it down. It might be dark and scary but you have to get on and keeping working at it. You have to trust that everyone does their part and if you work through that you will succeed.”

For Ineke, the highlights have not just included the sailing but all the beautiful moments that crossing the world’s oceans can bring, she said: “The best bits are when you are just flying along with the right sail plan, watching the world go by at twelve knots. Also, the moments when you sit on deck and look around and it is just amazingly beautiful. Coming into Cape Town as the sun was coming up, those times are incredible rewarding.” 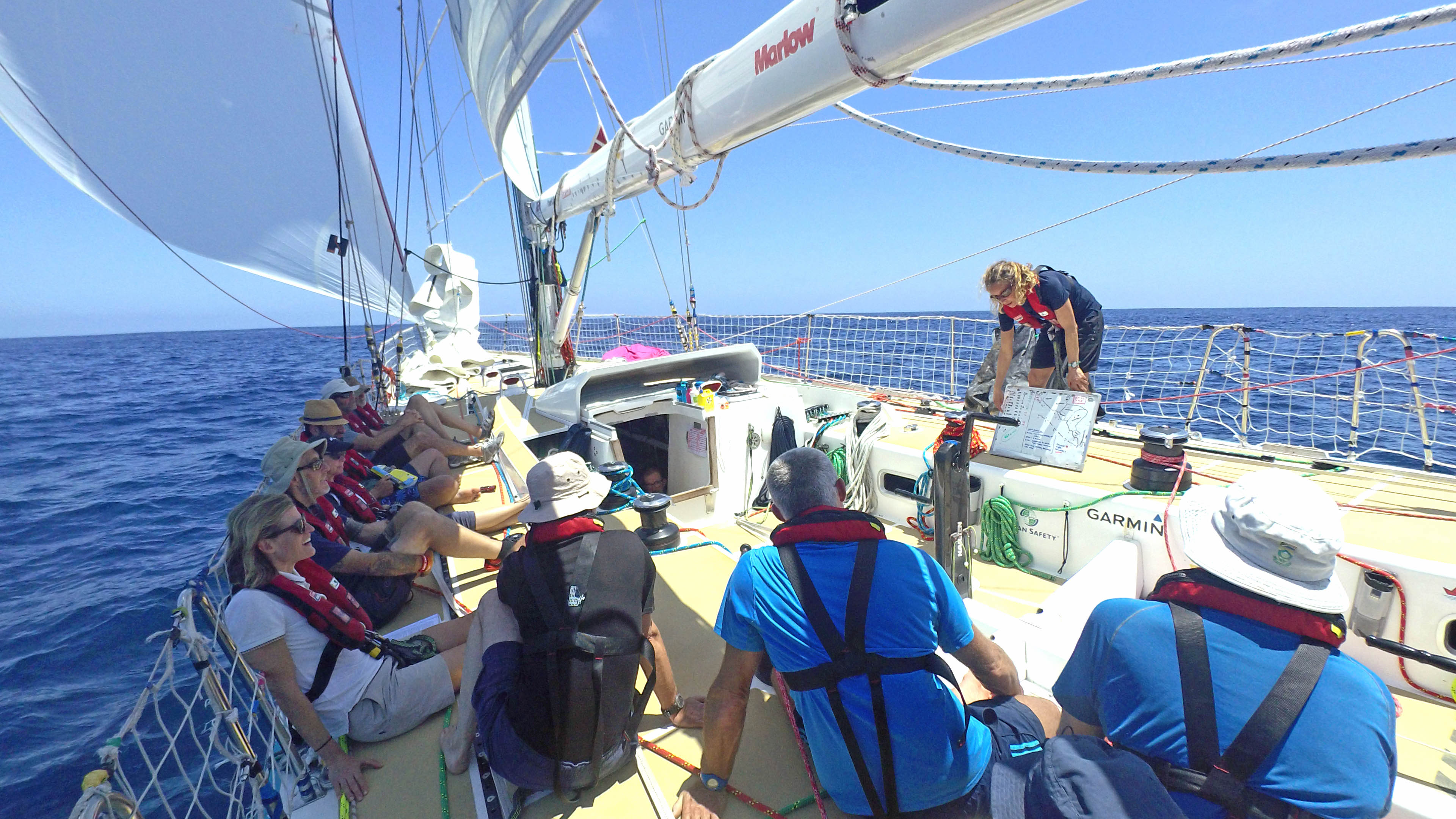 Circumnavigating the world by sea is a challenge few have taken on. As the eleventh month race ebbs closer to what is set to be a remarkable finish in Liverpool, Ineke reflects on her experience and what else is still to be savoured, saying: “I like heat more than cold so I’m happy to be going back to shorts weather. The Panama Canal was really exciting and sailing into New York is amazing as I lived there for a couple of years. Then I just like the idea of crossing back over the Atlantic, completing the circle. The race still has a lot to offer in the next couple of months.”

Summing up her experience to date she said: “From the sailing perspective it is exactly what I expected. But what it’s really hard to understand from the beginning is what it means to be living on a boat. Living with 20 other people is hard to imagine before you do it. An amazing challenge but totally worth it.”

Could you be the next to circumnavigate to the world, savouring the small moments of beauty as well as taking on all that mother nature has to offer? Join the Clipper 2019-20 Race and you could become one of a unique team. Applications are open now.

Name: Mike MillerAge: 49Nationality: UKOccupation:Team: Sanya Serenity CoastLegs: Full circumnavigation “I don’t know how leggers get off. You miss so…

Following the completion of the penultimate leg of the circumnavigation, which was made up of two races, the Clipper Race held a double Prize Giving celebration tonight in New Jersey, USA.Set in a German beer hall, the lively celebrations, which covered both Race 10: The…