“I don’t know how leggers get off. You miss so much by getting off the boat and not being able to finish the job.”

Mike Miller, 49, from Windsor, Berkshire, has been racing around the globe on board debut Clipper Race team entry Sanya Serenity Coast for the last ten months and wouldn’t have it any other way as he arrives into New York, USA, on completion the penultimate leg of the 2017-18 edition. 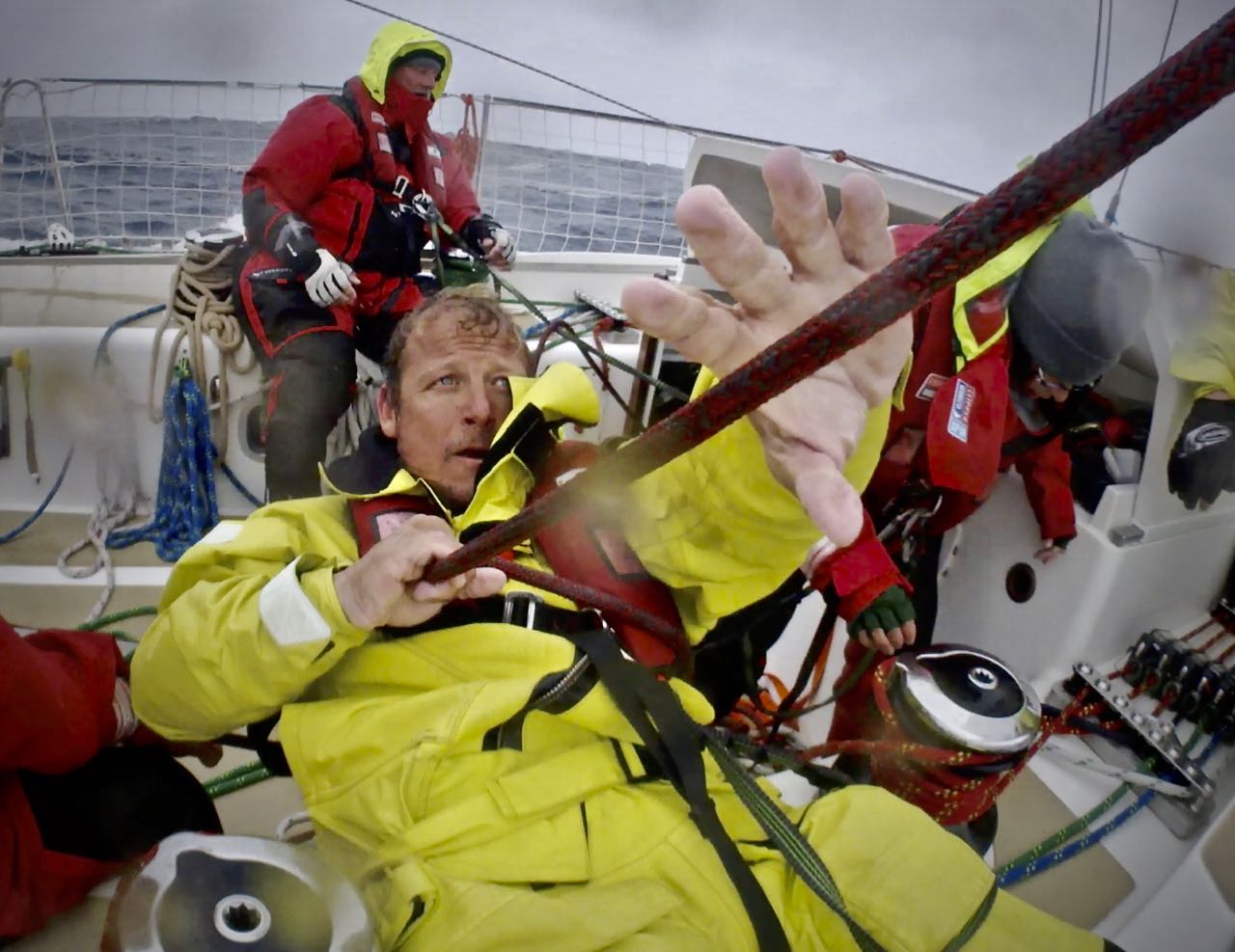 For Mike, the New York Stopover is a mini homecoming in itself, having lived and worked in the city previously. Sailing past the Statue of Liberty and the iconic Manhattan skyline brought back many memories for Mike. He says: “We used to live just up the road in Hoboken in New Jersey. I was working in Wall Street at the time, over the time of 9/11, and I was in the office on that day and after that we decided to move further out.

“Whilst being here, we went down to look at our old house which was a real trip down memory lane. It was exactly the same as it was 20 years ago.”

Image: Mike taken on board Sanya Serenity Coast by Ming

Mike had always wanted to sail around the world, but his dream was put on the back burner during his ten years living in the Middle East. But as Mike and his family was looking to settle back in the UK, a chance encounter for the sailing enthusiast, who has sailed since childhood and owns a 24 foot sports boat, began his own Clipper Race journey. Mike explains: “I was taking my son, Freddie, to a boat show in London and saw the Clipper Race dome in the distance. Something registered as a couple of weeks later I rang up Della in the Crew Team and signed up!”

Whilst he is an experienced sailor, Mike has enjoyed getting to grips with the one design Clipper 70 ocean racing yachts and the competitive closely matched races that have formed the 2017-18 edition to date. Reflecting on his experience so far, Mike says: “It has been a really amazing experience. It has been a bit of a roller coaster, that sounds very cliché but it really has been.

“During this last race, Race 11, for example, Sanya Serenity Coast was no more than maybe five nautical miles apart from competing team Unicef the whole way from Panama to New York which really keeps you on top of your game. It keeps you fighting the whole way and has been keeping it very exciting. During Race 4, Sanya Serenity Coast pipped Visit Seattle to Elliot Brown Ocean Sprint victory by just 13 seconds.

“There have been so many incredible experiences, so many cool people and so many amazing places that we have visited along the route as well as racing which has been fantastic. It is incredible that we can finish so close all the time and to be fighting until the end.”

“I am not sure what I was expecting of the race but I have actually found it is less demanding on the sailing side of things but more demanding in terms of living in each other’s pockets and keeping morale on board up.” 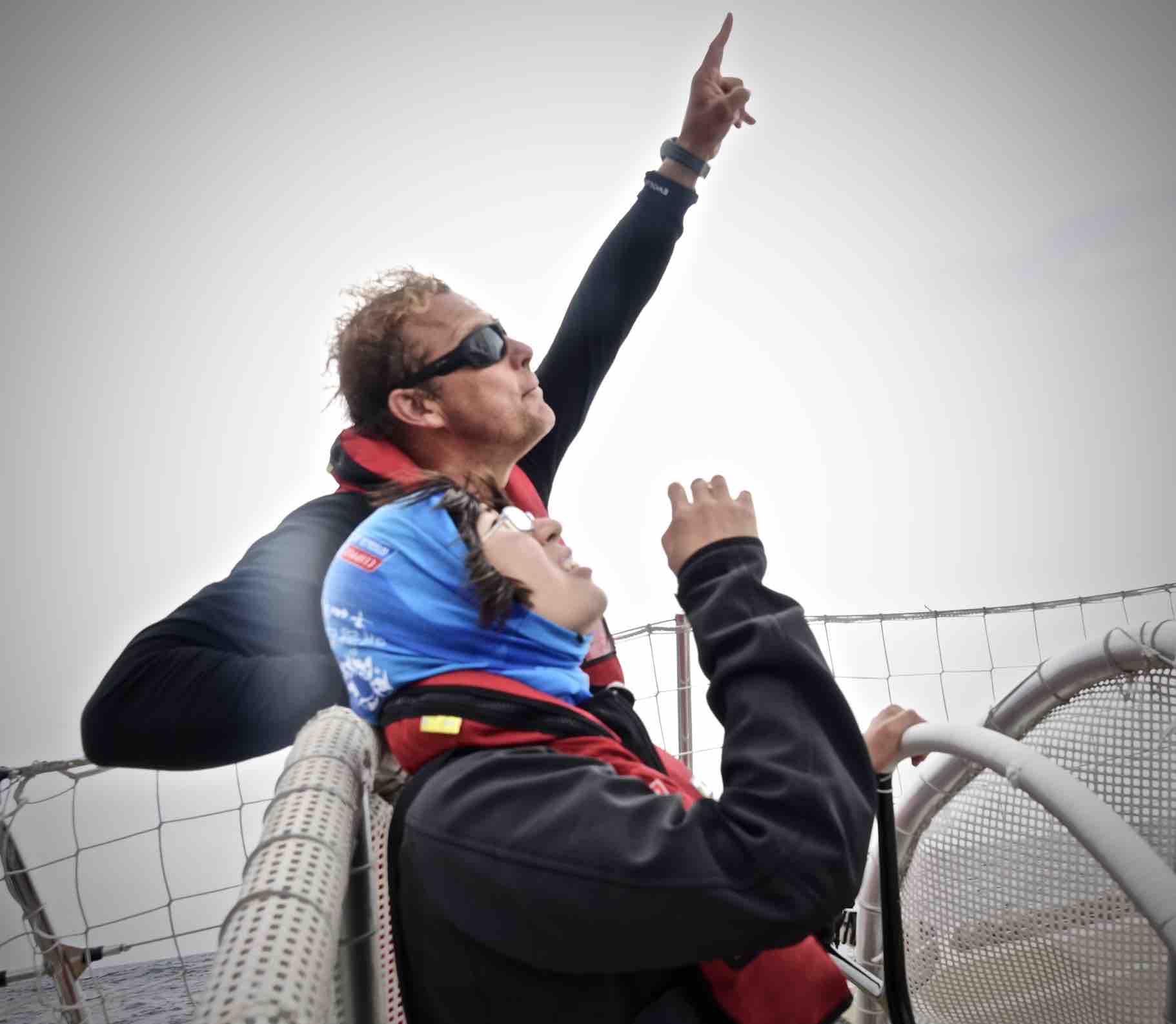 With just Leg 8: The Atlantic Homecoming Leg left to race and Mike’s team Sanya Serenity Coast leading the overall standings, the pressure is on for the team as it prepares to begin Race 12 across the Atlantic Ocean next Monday. On the pressure, Mike comments: “We have quite a big crew change and are saying goodbye to some of our experienced ‘leggers’ so the next and final leg will be a big challenge. The weight of expectation is on us and luckily we have been able to pull some great results out of the bag. But the racing is very tight and even on this last race, it could have been anyone’s right up until the end.

“There is a lot of expectation to do well and some very challenging conditions but I hope we can do well.”

After ten months at sea and returning to the Atlantic once again, home is not far from the minds of the circumnavigating crew members. For Mike, it will be an incredible moment. He explains: “I am so excited to finish and to say I have completed the full circumnavigation of the Clipper Race. I think my wife, Nicky, who has visited the majority of the stopovers, will want me to get a job with the Clipper Race!” 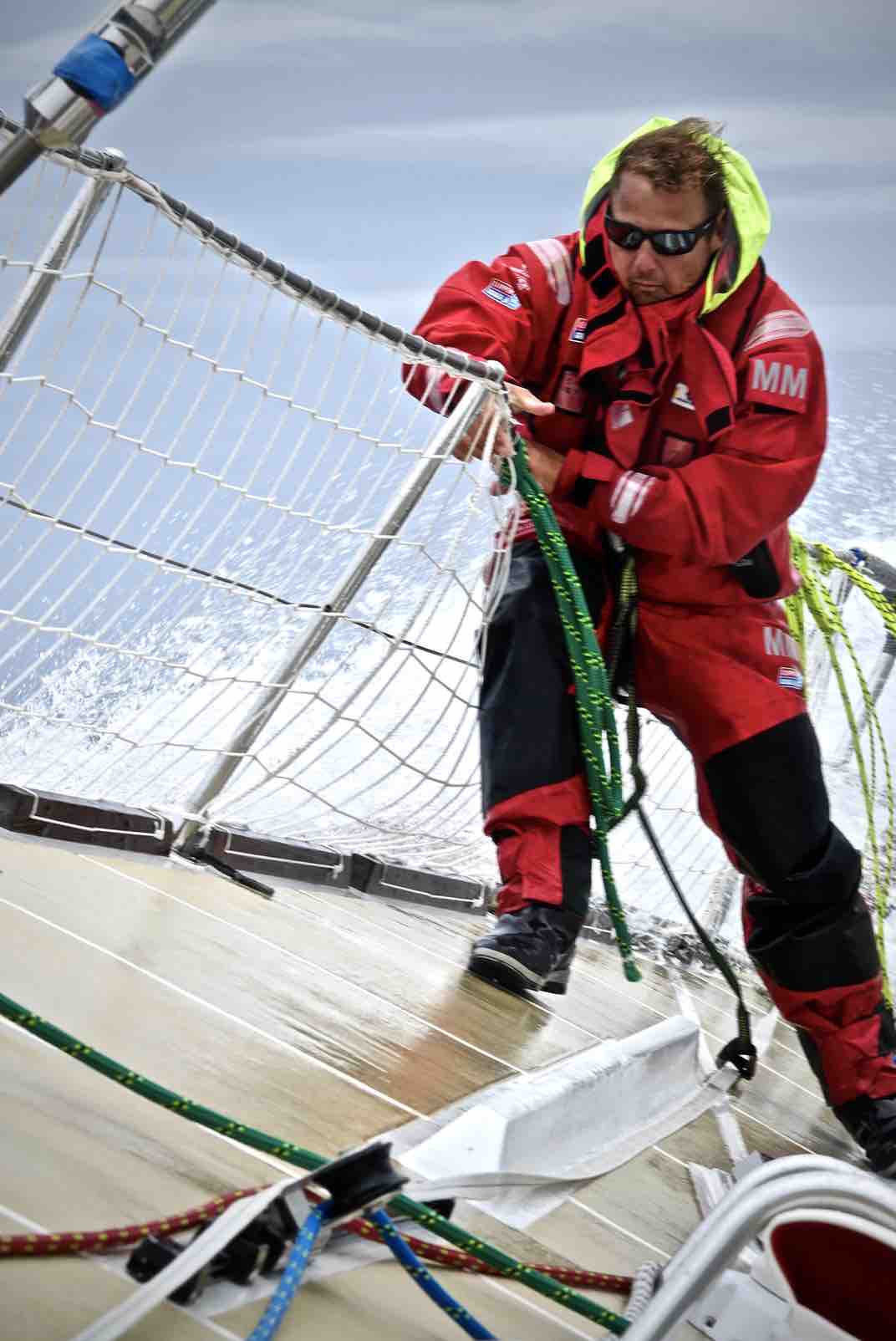 Although looking forward to the end, a tough two races and nearly 4000nm stands between New York and the finish line in Liverpool. But words of encouragement from friends and family is giving Mike the boost he needs: “I don’t think a lot of people understood quite the challenge I was taking on but the messages of support we get means a lot. Getting messages from old friends and colleagues I’ve not seen for a long time means an incredible amount.”

Race 12 from New York, USA, across the North Atlantic to Derry-Londonderry, Northern Ireland, will start from 0900 local time on Monday 25 June and you can follow Mike’s progress on Sanya Serenity Coast via the team page and Clipper Race viewer.