Whilst we often hear stories of chance encounters that spur future Clipper Race crew members into applying to take part in a leg or more, bumping into Sir Robin Knox-Johnston, during a Beach Boys concert in Derry-Londonderry during the award-winning Foyle Maritime Festival, is certainly one of the more unique.

During the summer of 2014, Nessa Maloney was serving as Executive Officer and Second in Command of the Irish Naval Service vessel LÉ Roisin when Sir Robin inspired her to sign up for The Southern Ocean Leg 3. 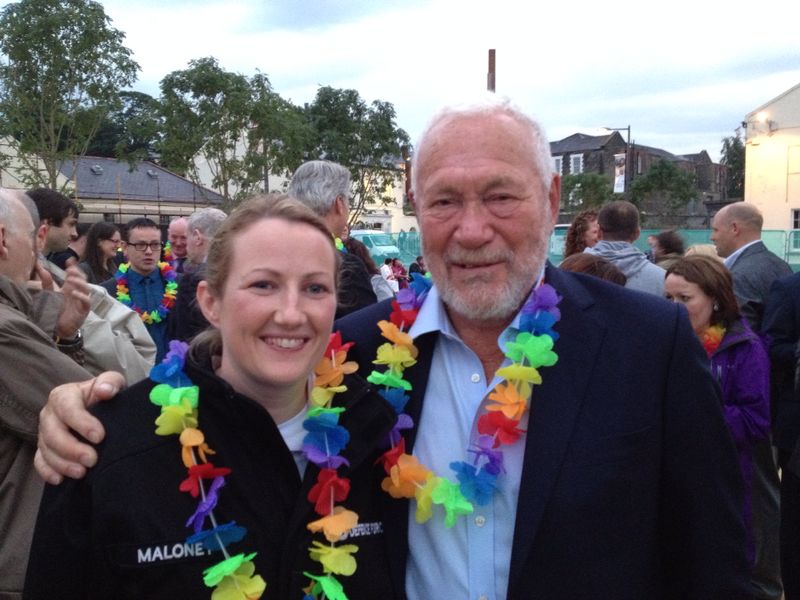 “We were alongside in Derry-Londonderry for the visit of the Clipper Race during the Foyle Maritime Festival,” says Nessa.

“The Captain was invited to a function where Sir Robin was the guest speaker.

“Knowing I am a sailor, the Captain brought me as his guest. I got to meet Sir Robin in person and I must admit, I was star stuck. Not only did we meet but I was honoured to be in his company for the Beach Boys concert in the city.”

Sir Robin introduced Nessa to Clipper Race Crew Recruitment and Development Director, David Cusworth, who convinced her she had to take part.

“He [David] wanted to know what took me so long to sign up! Now that I have finally taken the plunge I am asking myself the same question!” 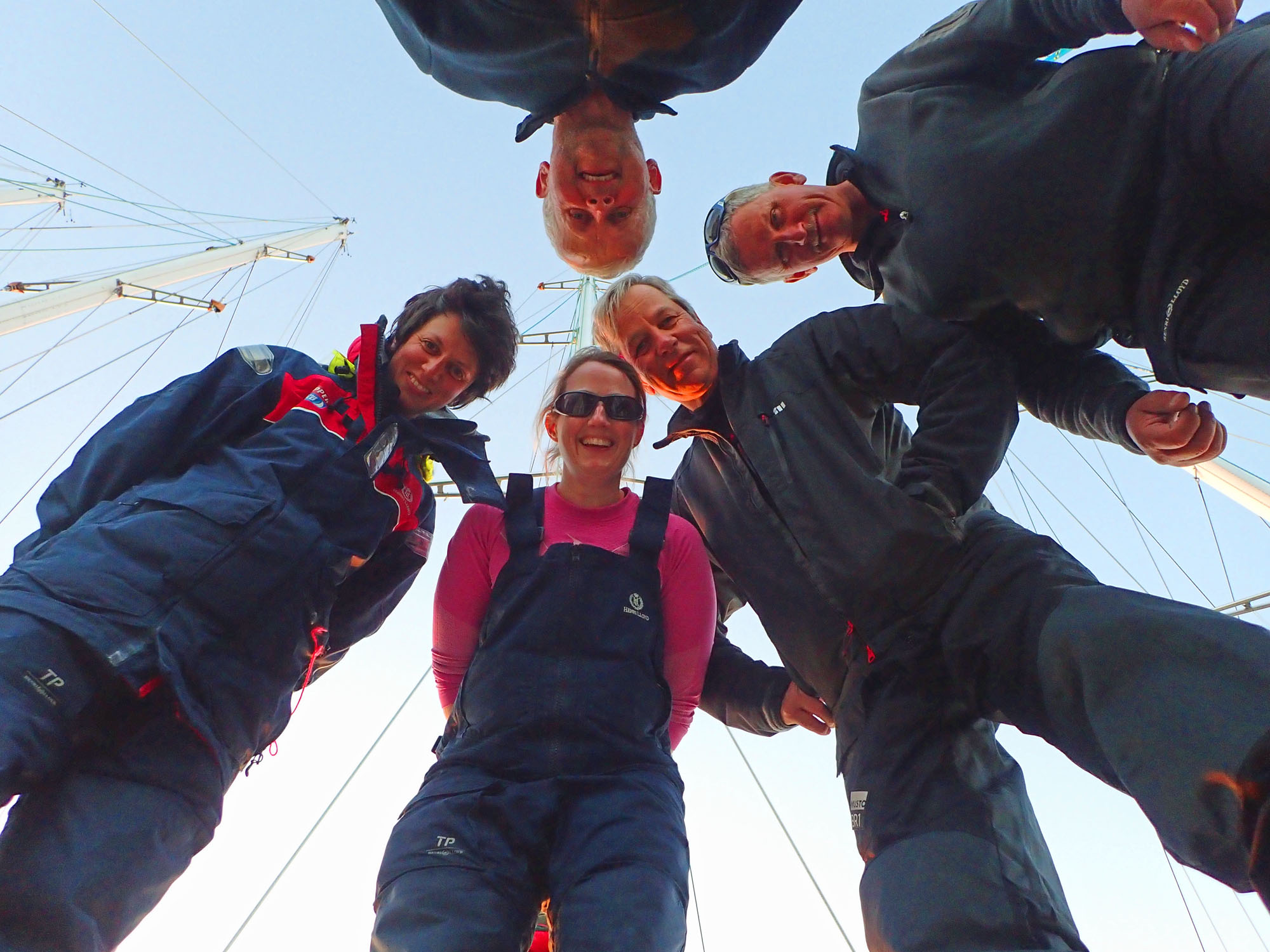 It was also at the Derry-Londonderry Clipper Race stopover where Nessa got her first taste at life on board a Clipper Race yacht.

“Coincidently while in Derry-Londonderry I got a call from a friend who knew a crew member on board Clipper Yacht Derry~Londonderry~Doire. We arranged for some crew to have a look around LÉ Roisin and in return I got a tour around a Clipper 70!”

For Nessa, who has always wanted to sail around the world, the Clipper Race was the perfect platform to get a taste of ocean racing.

“The attraction of the Clipper Race is that it is a race where crew must push themselves to perform as best as they can.

“I am in awe of the concept of the Clipper Race which allows people to experience the thrill of racing around the world in a one design fleet. I still hope to sign up for a circumnavigation in the future but for now, I think The Southern Ocean Leg 3 will afford me the opportunity to push myself to the extreme.”

Working for the Irish Defence Force, and experience in dinghy instruction, around-the-can racing, and deliveries, has given Nessa a head start when it comes to sailing on board a Clipper 70 yacht.

“The Naval Service has helped develop my leadership skills and this has been a big help when taking charge of deck evolutions on board the Clipper 70.

“When serving on board a Naval Service vessel, you rely on every single crew member and must operate as a cohesive team. On board the ship, we have a big emphasis on safety and train in Damage Control, Fire Fighting, and Sea Survival. These skills all transfer onto any sized vessel and are defiantly an advantage.”

Nessa found out during Crew Allocation Day that she will be part of Visit Seattle, skippered by Nikki Henderson.

“Nikki has an impressive sailing resume and I cannot wait to race with her.

“I am impressed with all twelve Clipper Race Skippers and I have thoroughly enjoyed my Clipper Race training. Having had a brief stint in Command of a ship, I am all too aware of the responsibility of overseeing a crew. I think these Skippers are amazing.”

Nessa’s friends, family, and colleagues have all taken a real interest in her Clipper Race adventure, and will be cheering her on during her entire journey.

“Everyone is extremely supportive. My Dad is envious! Everyone wants to know about the boats and the training. My home Yacht Club have already suggested I give a talk afterwards. Everyone in work who has heard are full of questions as to what is involved. I hope my involvement will encourage more to apply!”

The Clipper 2017-18 Race fleet will visit the city of Derry-Londonderry for the award-winning Foyle Maritime Festival. Not to be missed, the popular festival is set to host an exciting programme of diverse events in celebration of the race and its adventurous crew. For more information visit the Host Port page here.

Think you have what it takes? There is limited availability on some legs. You could join Nessa and nearly 700 other Clipper Race crew members. No experience needed, all training provided. To apply, click here.

NAME: Emily DixonAGE: 30OCCUPATION: Operations Director, Jeweller/Former Trapeze ArtistNATIONALITY: British LEGS: The USA Coast-to-Coast Leg 7 TEAM: Greenings“I'm not sure I really knew what sailing was until I did my Clipper Race training” says Emily Dixon, who is looking forward to taking part in The…

NAME: David WilsonAGE: 56NATIONALITY USA OCCUPATION: Retired Air Traffic ControllerTEAM: Team RoyLEGS: full circumnavigationThe Clipper Race is an adventure of a lifetime but it does come at a cost – a long separation from your loved ones. Luckily though for our crew, it’s true what…