Like many of the intrepid Clipper Race crew, Sophia Müller, had been looking for a new challenge, to gain new life experience and to test her limits.

“I was searching for a race for a few years since following the Volvo Ocean Race and America’s Cup, as they are only for professionals and not for normal people, like me. When I was a guest on a sailing boat from Spitsbergen, I got some information from a crew member who told me about the Clipper Race and that was the start point for me.” 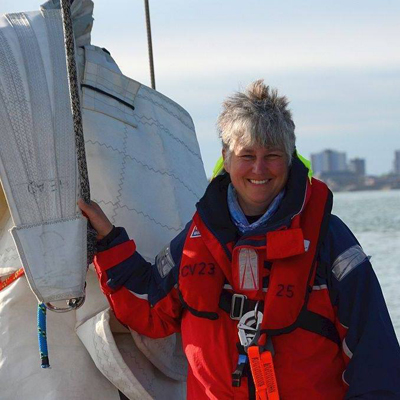 It was when she toured a Clipper 70, during the 2015-16 edition of the race in Den Helder, that the decision was finalised.

“I met the boats in Den Helder to see how it works on a Clipper Race boat, what the feeling was like on deck, how the experience was from the crew members themselves and have a look around the area and what takes place during a stopover.

“I also wanted to see how the crew were feeling, and if they were welcoming as it’s such a tough race and there was such a good feeling that I decided to sign up.

“The Clipper Race is a new challenge, I have changed my life to take part and I am looking forward to the race but also what will change after.”

The fleet is currently in Cape Town preparing for the next leg of the Clipper 2017-18 Race to Fremantle, Western Australia. For Sophia, when she first signed up it was the draw of the renowned Australian welcome that meant she had to take part in Legs 3 and 4.

“At the beginning it was about going to Australia, really enjoying the life on a boat on this continent and getting to have the amazing views such as the Sydney Harbour and the area.

“I signed up to the last two legs because I was thinking maybe Panama Canal, New York and coming back to Europe will also be amazing.”

“I have been to Australia maybe six or seven times before when my sister was living there but never by boat, so I thought I have to do it by boat. It’s the people, they are really open and friendly. It is such a beautiful area and a special place.”

But before she reaches the shores of Australia, the Southern Ocean stands in her way.

“I am expecting the Roaring Forties, but I really have no idea with never having crossed an ocean. I think high waves, surfing and having to cope with all the things an ocean crossing leg will throw at us.”

Starting last year with inland motor boats and then moving onto sailing, Sophia has since completed her coastal skipper, but in German, so one of her main challenges in preparation has been the English terminology.

“The training was really, really, interesting. The challenge in the first level was the language and I did both levels 1 and 2 of training back to back, which was very tiring, but gave me the feeling of what it was like to spend a long time on a boat. 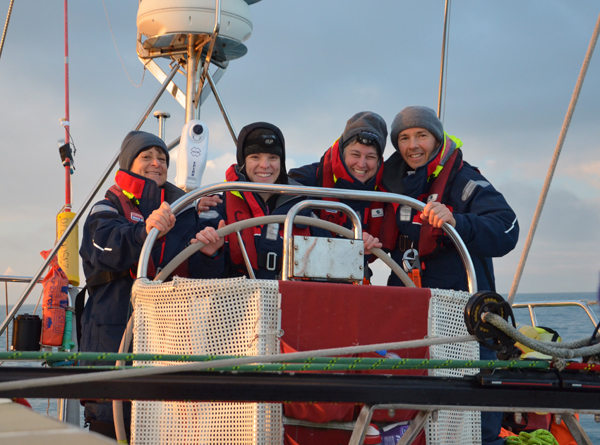 “We also had winds up to force 6 on the channel so it was a little bit realistic, I was tired but I was happy when I came back. The training was also great as it made it really easy to have a network, of friends, across the teams.

“I have the theoretical parts so now it’s time for the practical.”

Before stepping on board Liverpool 2018 on Tuesday 31 October for her first ocean crossing Sophia said: “I am looking forward to being part of Liverpool 2018, we are a party team with a really great mood but we work hard together and I look forward to an intense leg of racing.”

24 days after Race 2, the Stormhoek Race to the Cape of Storms, started from Punta del Este, including an…

Roy Taylor has revealed that he is to step down from his role as PSP Logistics’ Skipper here in Cape Town, with experienced Clipper Race Skipper Matt Mitchell taking over leadership of the team with immediate effect, for the rest of the Clipper…

NAME: Nicola HarfordAGE: 52OCCUPATION: International Development ConsultantNATIONALITY: British/ Zimbabwean LEGS: 1 and 2TEAM: Sanya Serenity CoastLike many others, Nicola Harford’s first encounter with the Clipper Race was when she saw the race advertised on one of the iconic posters in London Underground stations.“I saw the…

During the upcoming exhilarating and chilly Southern Ocean Sleighride, the Clipper Race fleet may feel a world away from the…